Warning: Parameter 2 to wp_hide_post_Public::query_posts_join() expected to be a reference, value given in /home/customer/www/globalintrovert.com/public_html/wp-includes/class-wp-hook.php on line 292
 Why Argentina underwhelmed me - so far • Global Introvert Skip to content

Why Argentina underwhelmed me - so far

Have you ever been to a location that everyone is raving about, only to find you are far from impressed? That’s how I felt about Argentina. To be fair, I had only been there for a few days and only to one tiny corner. I am in fact just now returned to a different part of it to give it a second chance. Because I do believe it is a country with a lot to offer. It’s just that, so far, circumstances weren’t in our favour. 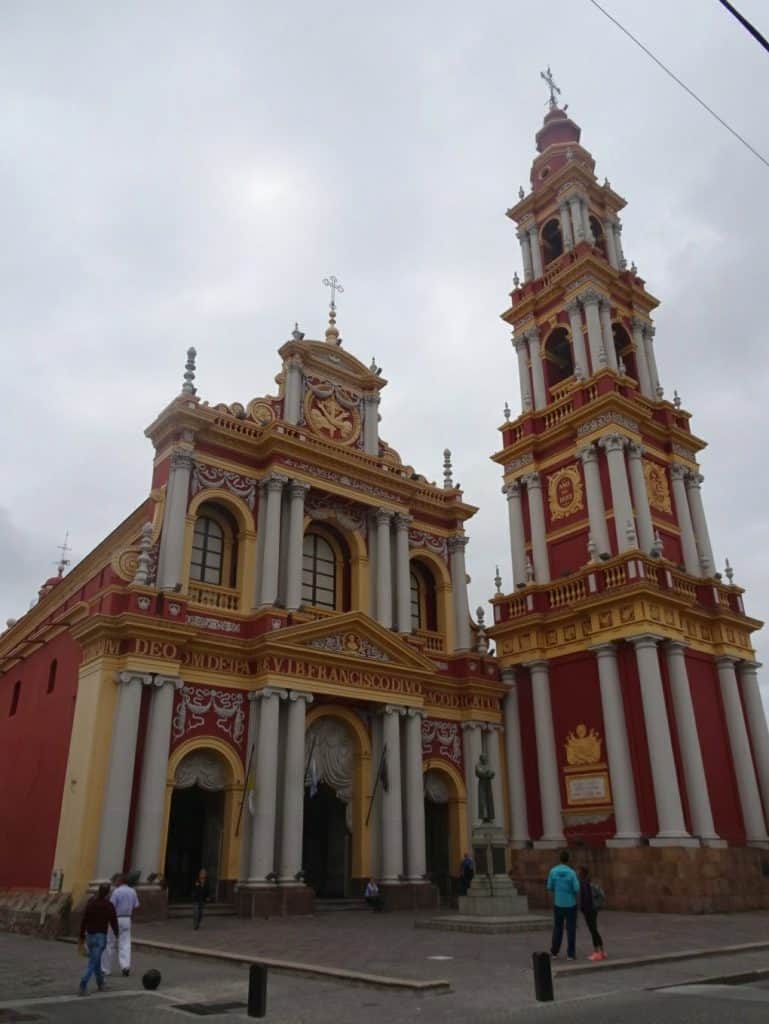 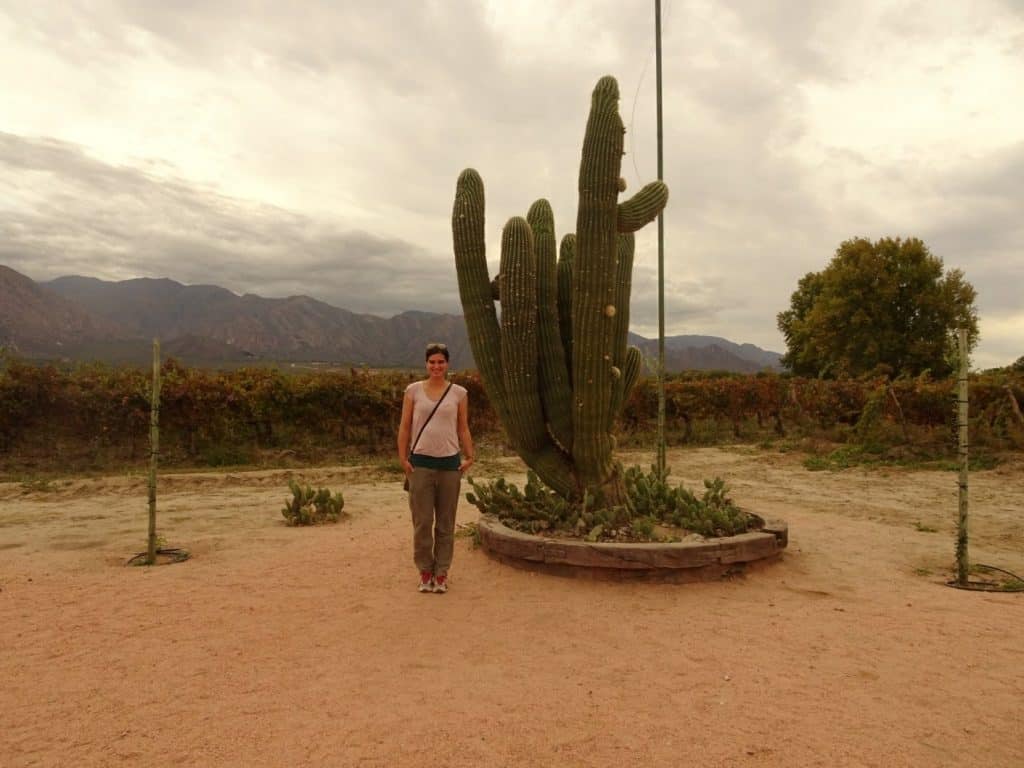 It all began with the already haphazard journey into Argentina. I had just finished my four-day Uyuni tour in Bolivia, which ended in the town of Tupiza in the early afternoon. Not wanting onto waste a day by staying there overnight, I went straight to the bus to Argentina.

Only, there is no direct bus to Argentina. I had to go from Tupiza to Villazon, the Bolivian border town. Then get from the bus terminal to the border and do the actual crossing on foot.

Argentina immigration also struck me as a bit odd. There was a booth to the side where you could show your passport, but it seemed like no one really cared whether you actually did or not. However, being a good citizen I did anyway. How else was I going to get a stamp in my passport?

Once across the border and now in the Argentine border town called La Quiaca, I had to locate the bus terminal and find the next available transport to Salta, my intended destination. Thanks to the one-hour time difference between Bolivia and Argentina, it was 8 pm before I boarded that bus. 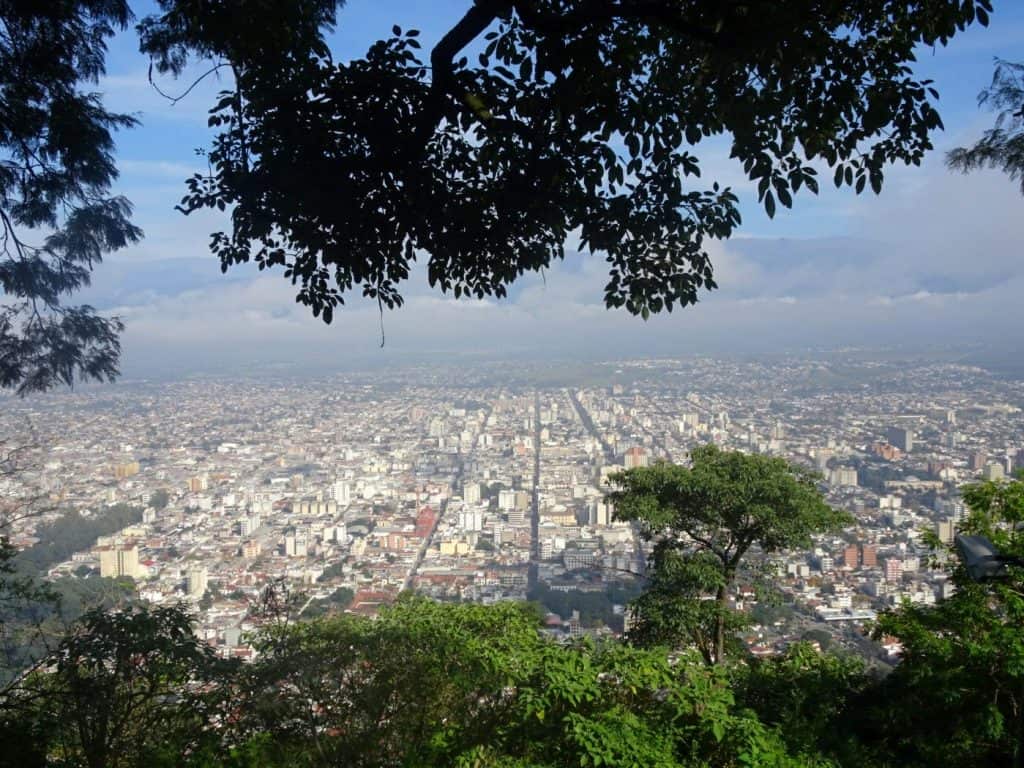 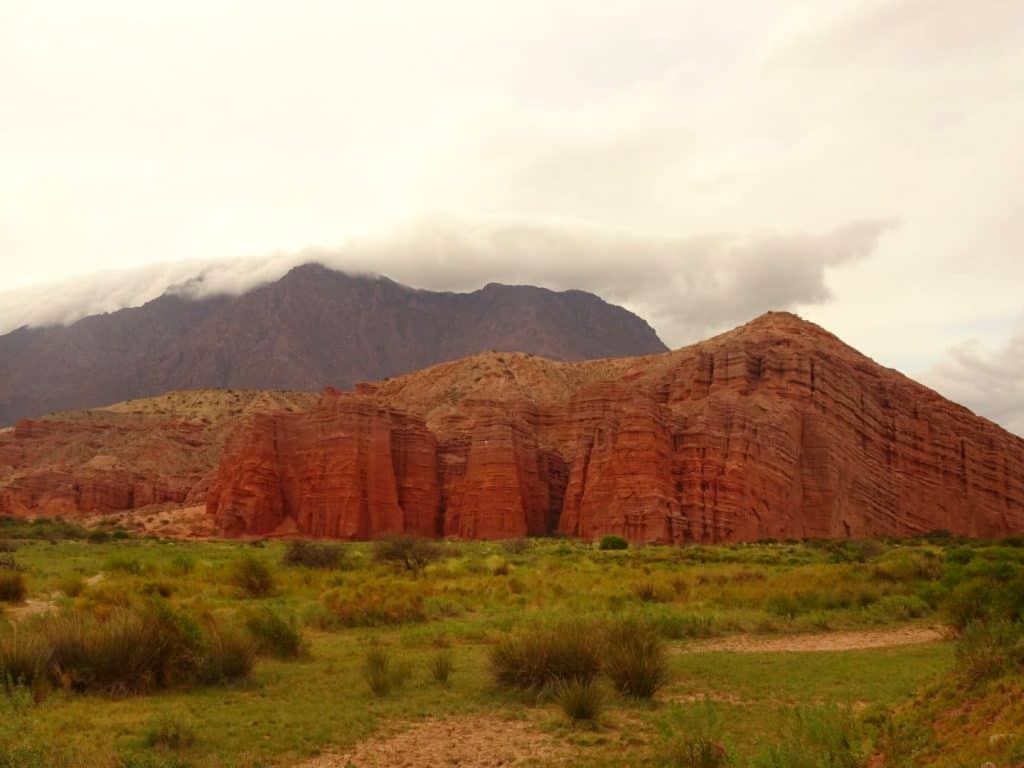 Argentine nights (not in the way you want them)

During the almost 8-hour drive, we stopped twice on the road to have police enter the bus. They checked passports and IDs, even occasionally luggage. My backpack luckily escaped the hustle of being searched, but boy was I glad now to have the proper immigration stamp in my passport.

After a long bus journey with very little sleep, I got to Salta at quarter to four in the morning. By now, it was pouring rain. It was the first rain I saw after almost three months of travelling Chile and Bolivia.

I hadn’t yet booked any accommodation in Salta, because I didn’t know when I would get there. As I didn’t think searching for one at 4 am would be the greatest idea, there wasn’t much choice but waiting at the bus terminal for a more decent time to scout hostels. However, everyone who has ever travelled on buses can probably attest to the fact that bus terminals are rarely the greatest places to hang out. Even more so at night. I stayed for some time, but as it started filling up with some creepy looking characters, I decided I’d rather face the rain and darkness outside. 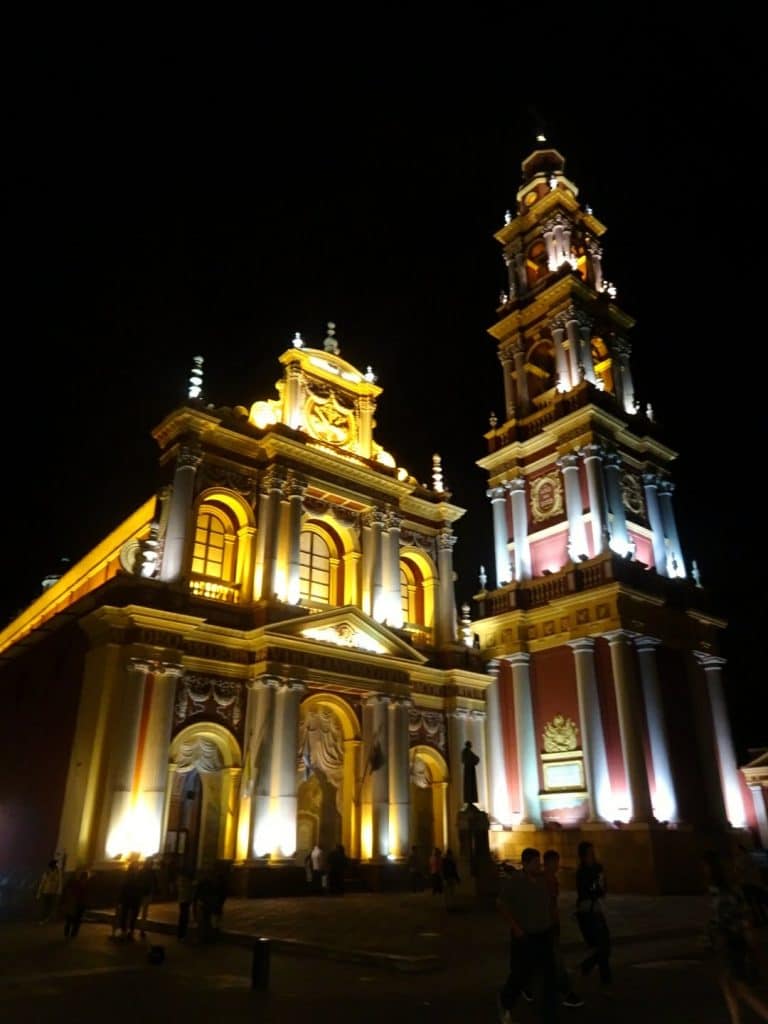 That’s why at about 5.30 am, I went off in search of accommodation. Or, failing that, at least some place dry. But of course, at this time of day, everything was still closed.

While I hadn’t yet booked any place to stay, I had previously looked at options, and I had a rough idea where those hostels were. So I headed to the nearest one in the hope of it having a 24-hour reception.

It wasn’t exactly a receptionist, but I did meet the night manager, a young man called Gunter (but entirely Argentinian despite the German name). He told me I couldn’t check in until about 8 am when the day shift arrived. However, I could at least leave my luggage at the hostel.

At the sight of the still pouring rain and my already drenched state, Gunter took pity on me and gave me refuge in the downstairs reception area. He wasn’t allowed to let me go upstairs to the kitchen and common room, as I was not yet technically a guest. But he offered me his chair (the only one downstairs), brought me coffee and later even some bread rolls from the kitchen, and kept me company whenever he didn’t have to fulfil any other duties. In short, he made me as comfortable as was possible under the circumstances and I will always be grateful for that.

When the day shift finally arrived, she told me I couldn’t get a room until 11 am, the official check-in time. At least it was late enough now to be light outside and for the nearby restaurants to be open. I spend the remaining hours with a good breakfast and a big cup of coffee. 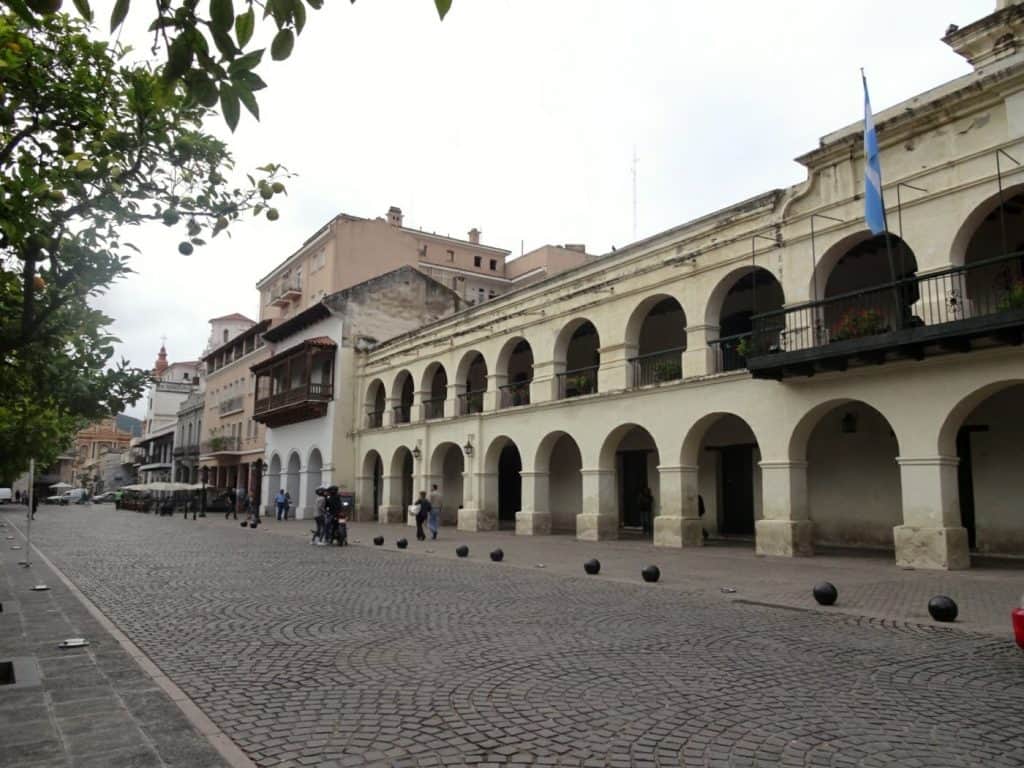 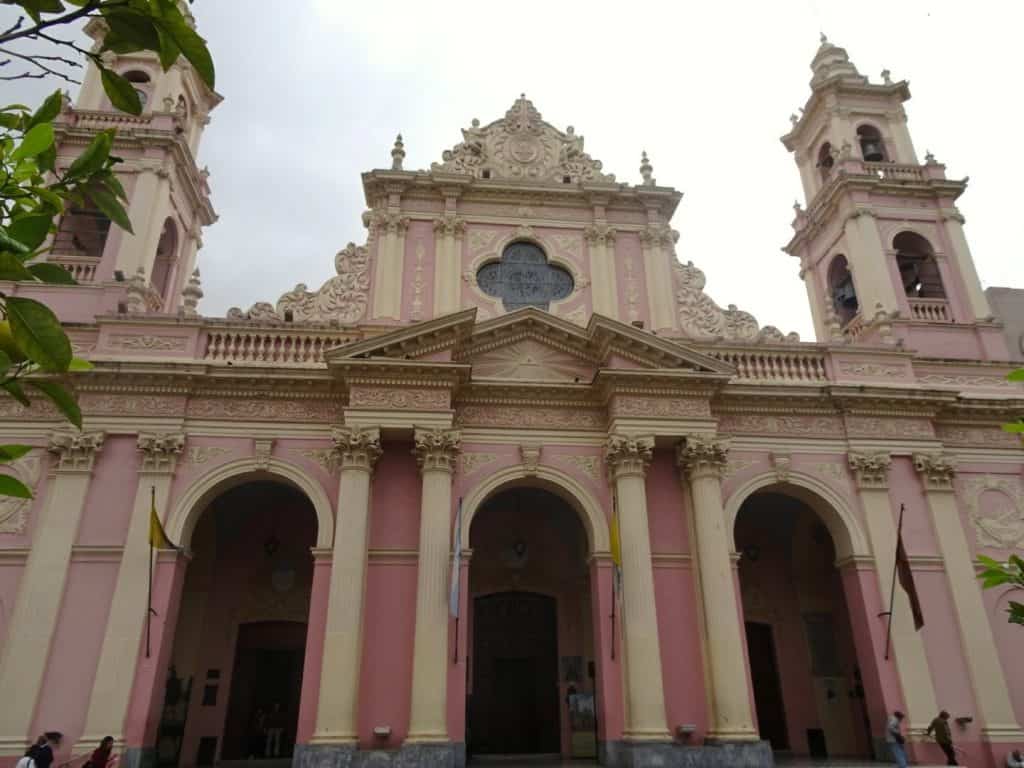 I spend three days in Salta, and the town really grew on me after our rocky start. I strolled through the streets, did a walking tour, tried some very good restaurants and cafes and just tried to get a feeling for Argentina.

As everyone kept telling me how beautiful the surrounding landscape is, I also went on a day trip to the historical town of Cafayate, including many stops along the surrounding rock formations and a visit at a winery.

As nice as this tour was, the landscape never quite stunned me the way I had hoped. Maybe Argentina simply had it tough because I had just come from my tour through Southern Bolivia, which is hands down one of the most beautiful pieces of this earth. Every place would have had a hard time competing with that. Whatever the reason, the fact remains that this highly praised region left me to feel somewhat disappointed. Not because it wasn’t pretty. But because it wasn’t more than that. 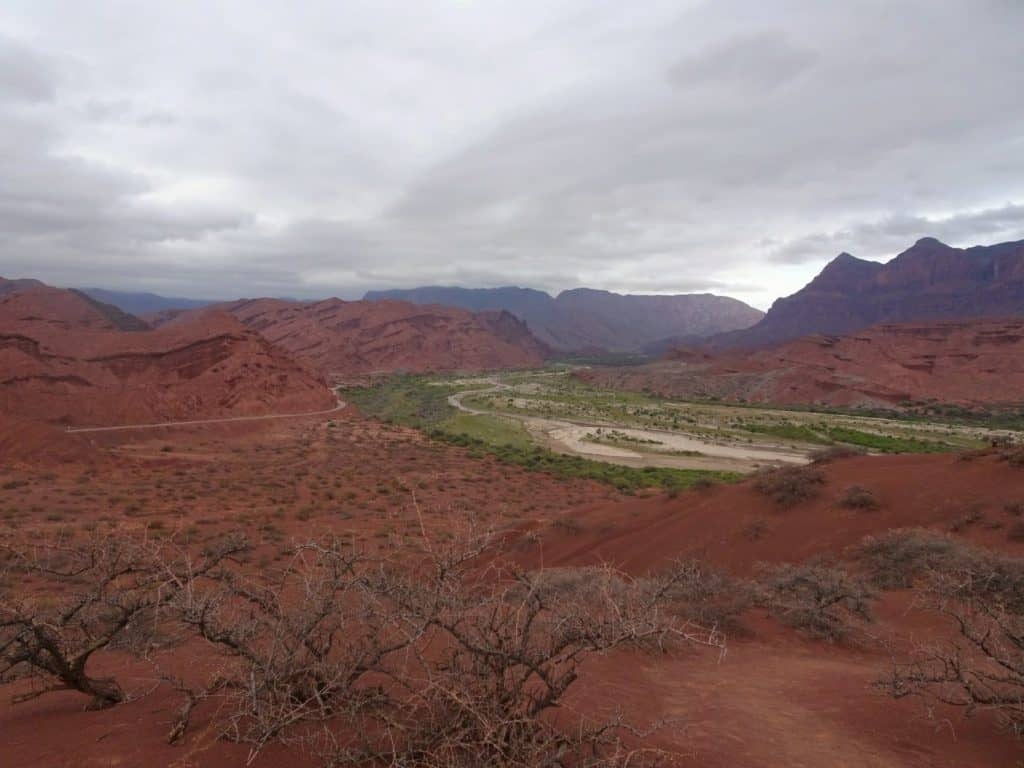 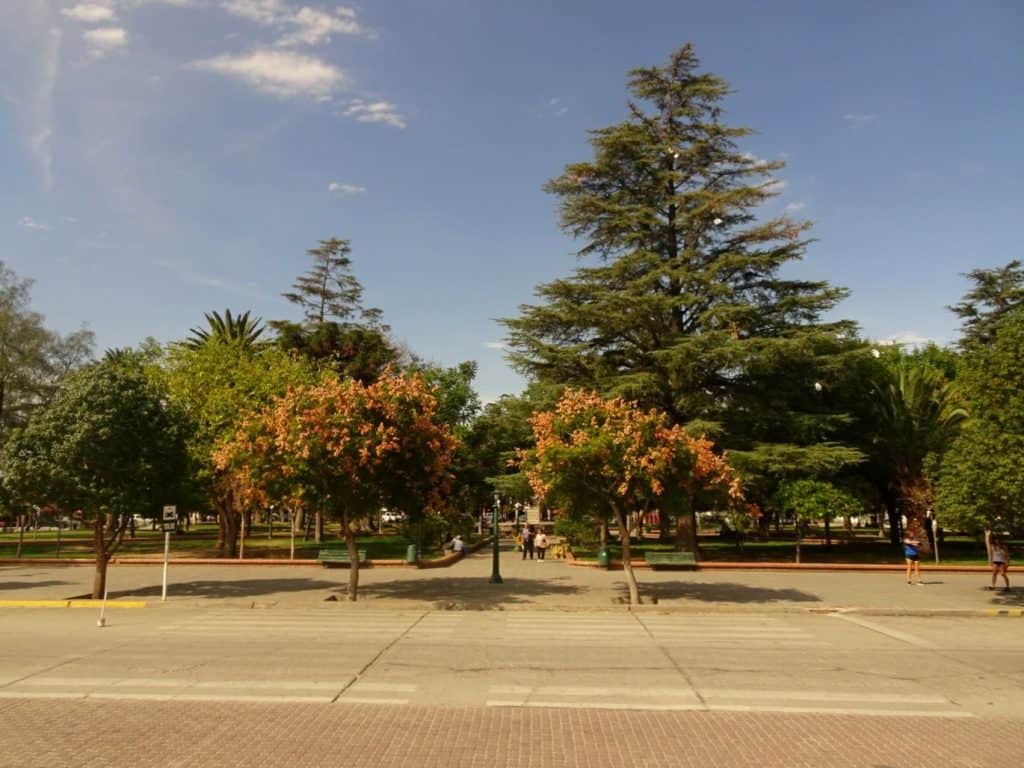 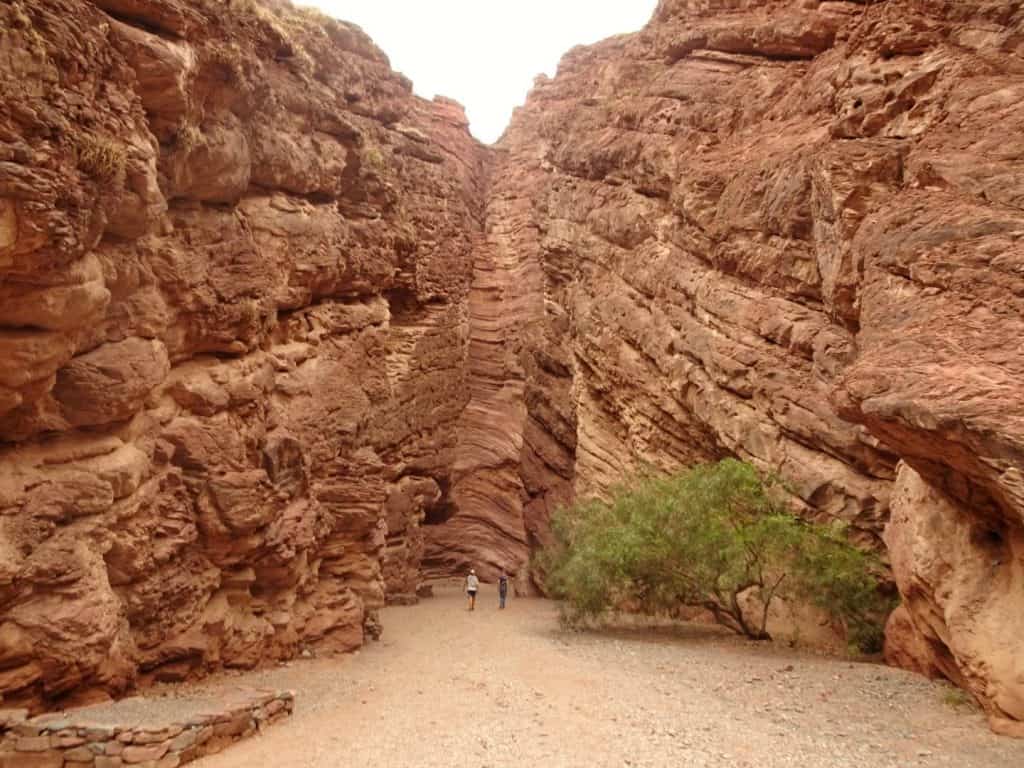 Salta to Mendoza is a bus ride of almost 18 hours. Good thing I’m so comfortable with buses. When I arrived in Mendoza, it was Saturday morning. I would have to leave again for Santiago on Monday morning. Two days aren’t much to see a city at the best of times, but for Mendoza, the additional problem was that it was the weekend.

On Sundays, the town is basically dead. Even the famed wineries were closed, which was a major disappointment, as I had really been looking forward to having lunch at one of those.

Similarly, the day trips offered by the hostel weren’t taking place on Sundays, and for a Saturday departure, I arrived in town way too late. Thus, I spent two days just wandering around Mendoza, without being able to shake the feeling that I was missing out on its attractions.

I had this strange impression that it could be a city I’d really liked if we had only managed to get our timing right. 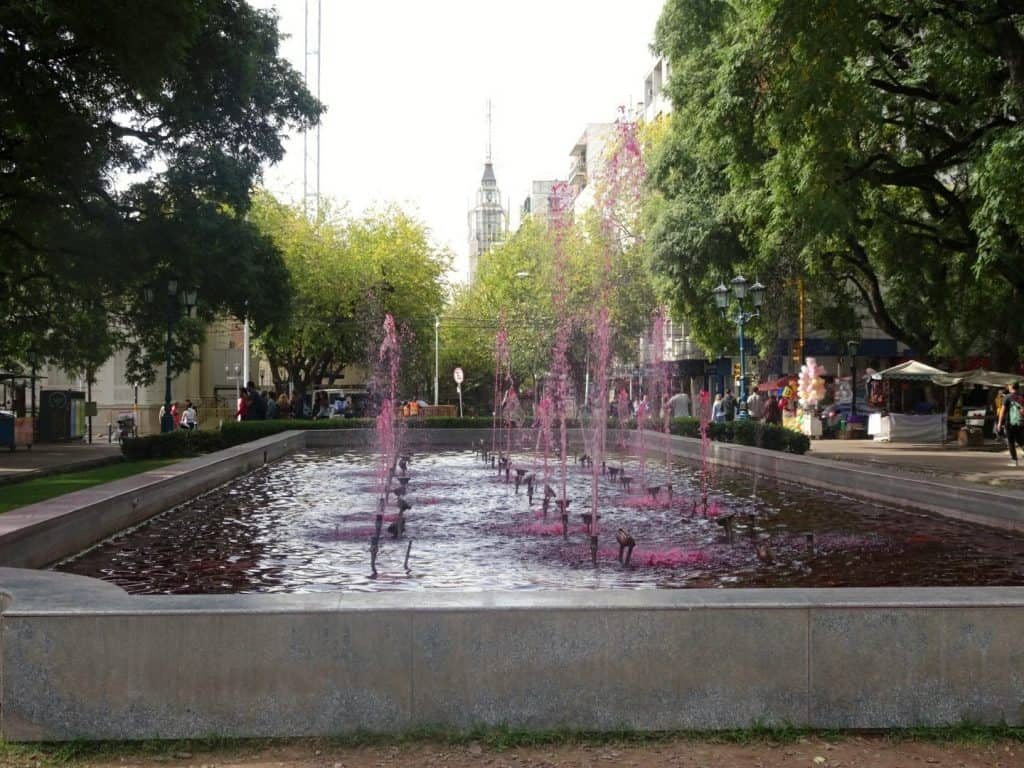 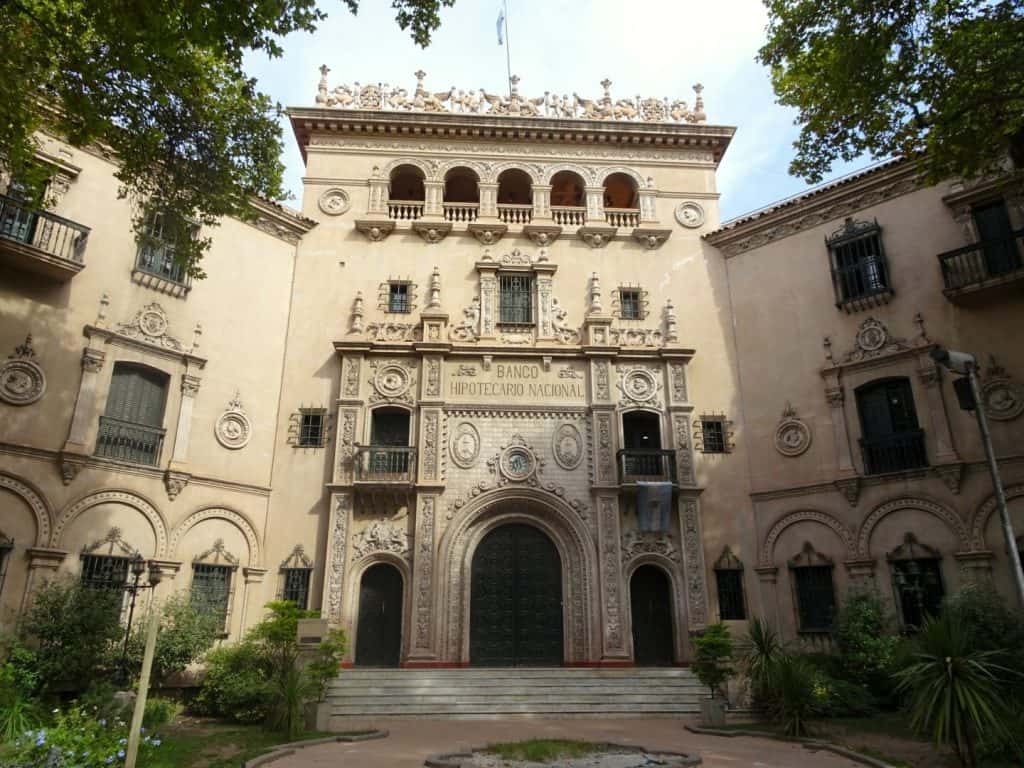 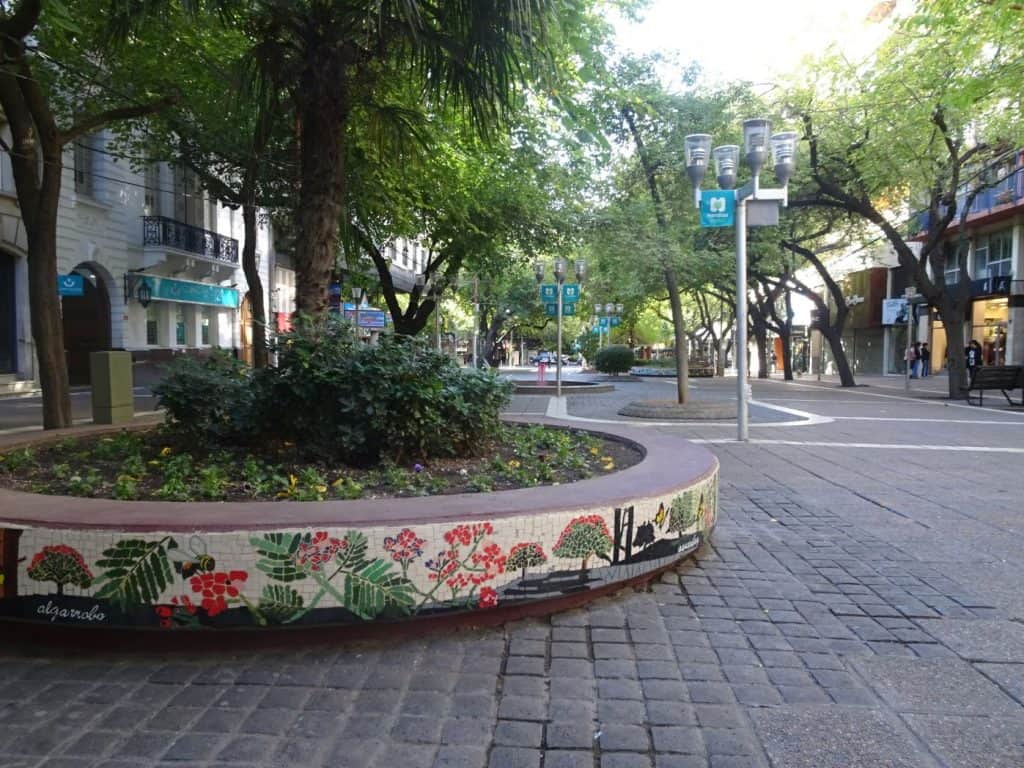 In fact, that’s kind of how I currently feel about Argentina as a whole. Like it really is a great place. Only so far, we just didn’t click. We had a bad start, and while there were some good things, our timing just seemed to get worse.

Here’s to hoping that on my next visit, Argentina will prove me right in thinking that we can be a great fit after all! 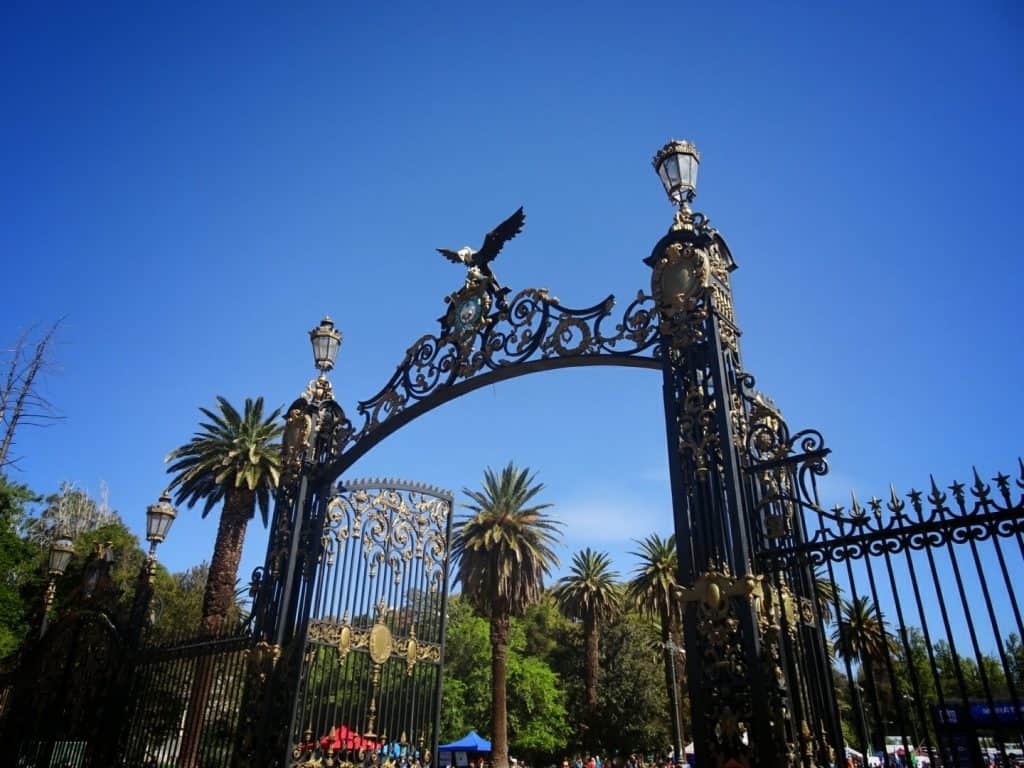 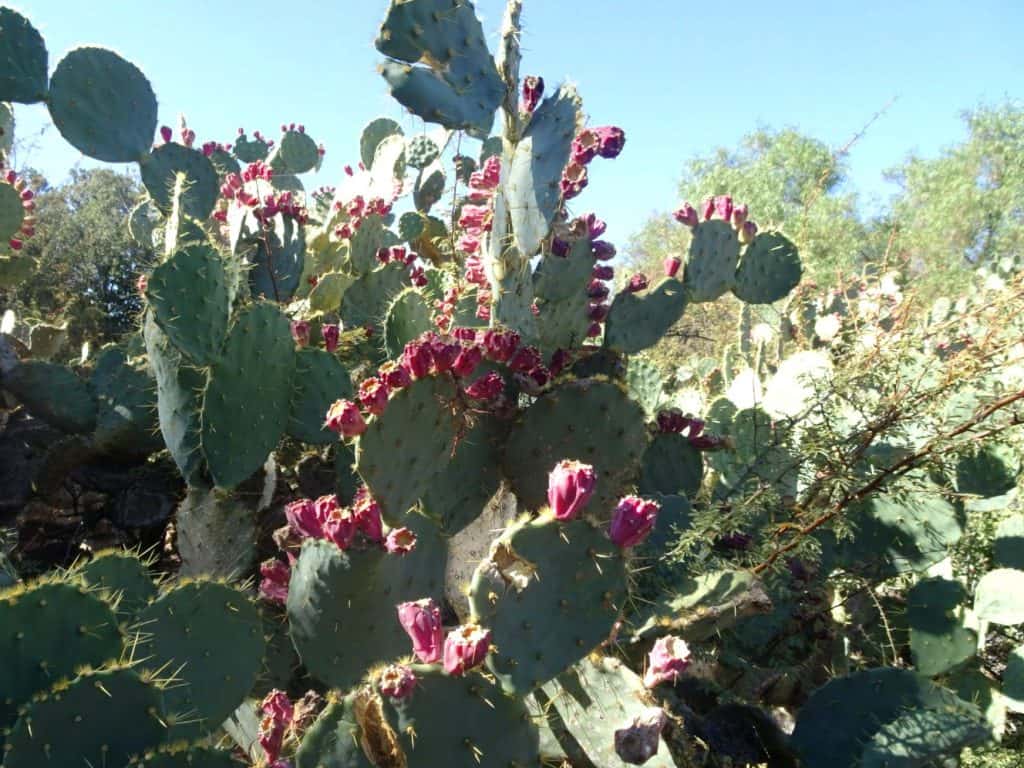 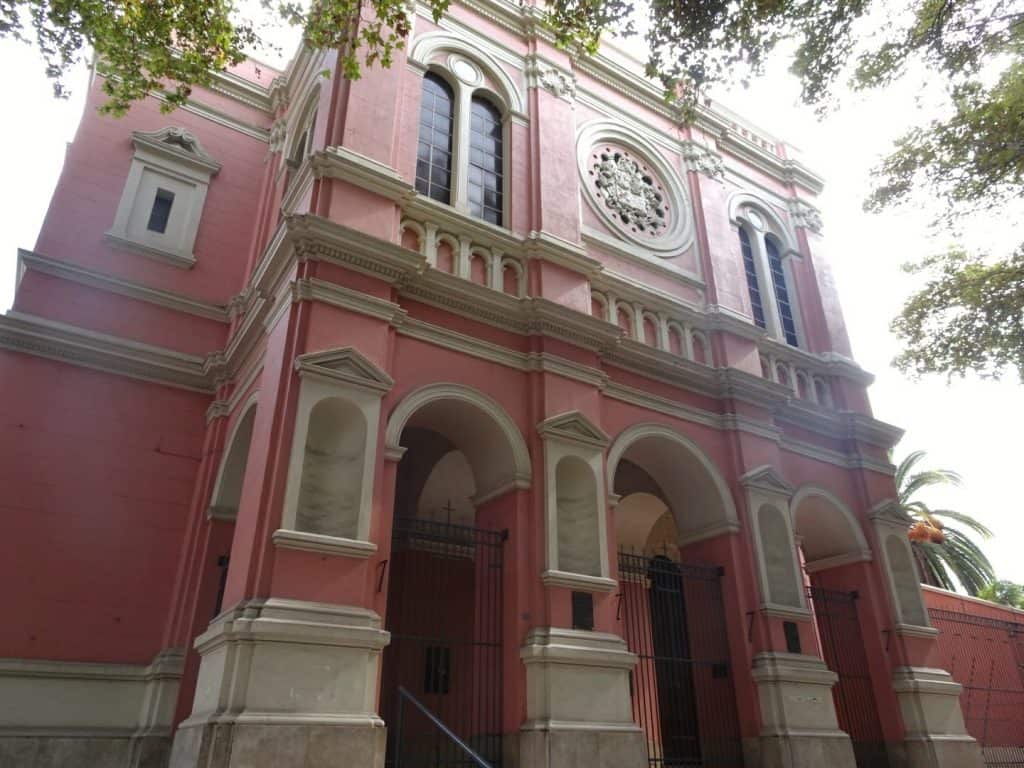 What’s your opinion on Argentina? Have you ever travelled to any place and found that while you didn’t dislike it, you just seemed to be lacking a connection? Share in the comments! 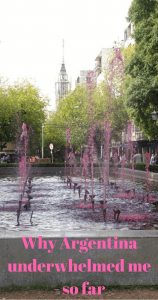