Warning: Parameter 2 to wp_hide_post_Public::query_posts_join() expected to be a reference, value given in /home/customer/www/globalintrovert.com/public_html/wp-includes/class-wp-hook.php on line 292
 Travelling up the coast of Northern Chile • Global Introvert Skip to content

Travelling up the coast of Northern Chile

Northern Chile is more than the only Atacama. It’s also a lot of cute little coastal towns with amazing beaches, stunning backdrops and loads of fun activities to keep you occupied. Let me give you an overview of the places I visited between Santiago and the Peruvian border and all the stuff you can do there. 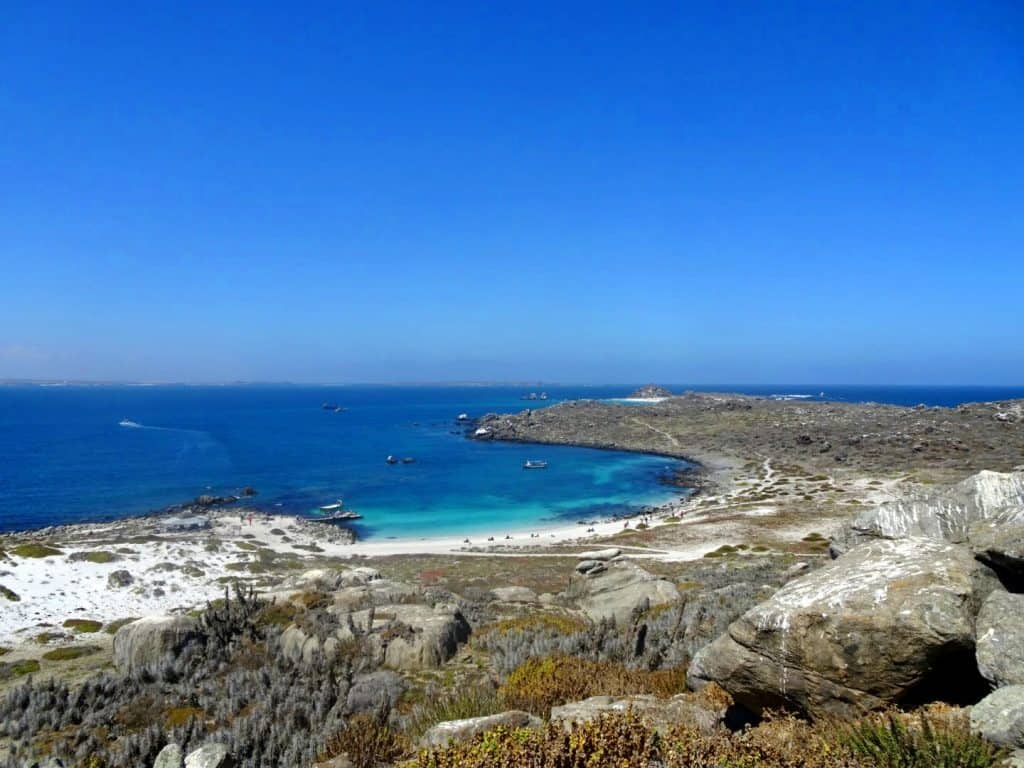 I’m cheating a bit here because I was in Valparaiso and Viña del Mar long before I started my actual trip along the coast. However, as the closest coastal towns to Santiago, they do make a nice starting point. It felt wrong to leave them out of this list.

Valparaiso is the bigger of the two. It’s grittier and dirtier than its neighbour, but also more interesting and vibrant. It’s especially renowned for its street art and the colourful architecture.

Viña del Mar, on the other hand, is the place to go if you’re just looking for some relaxed days at the beach. Moreover, as both towns are only about a 15 minutes bus ride apart, there’s no reason not to visit both.

If I’ve piqued your interest, I’ve written a more detailed article on Valparaiso and Viña del Mar some time ago which you can read here. 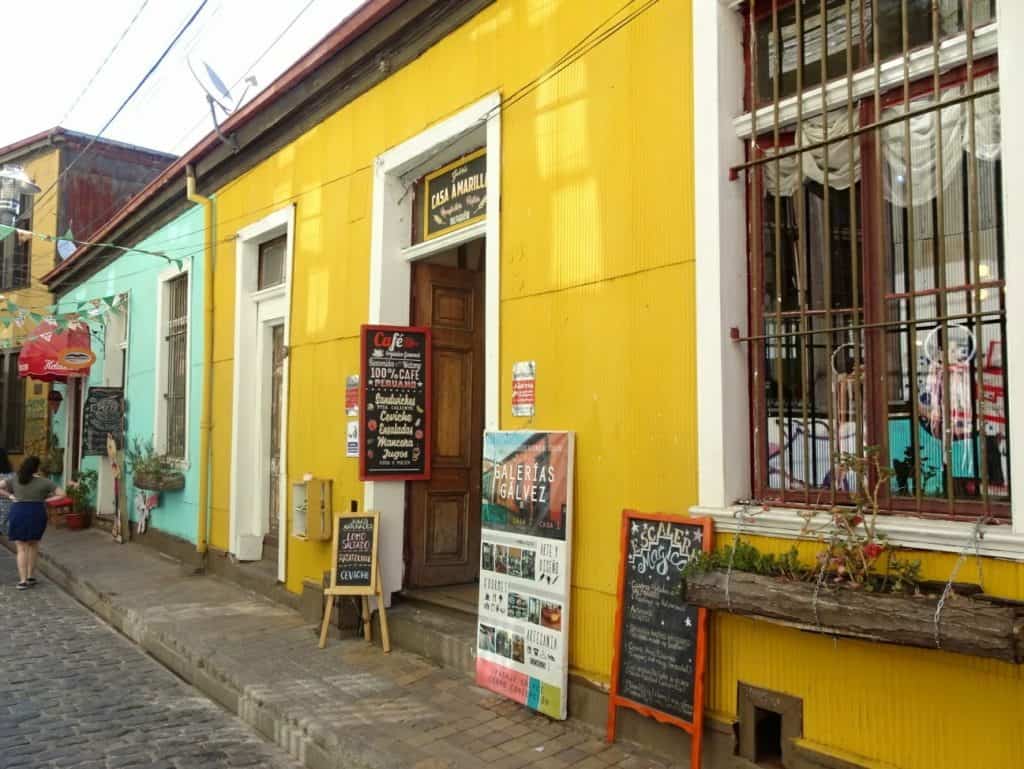 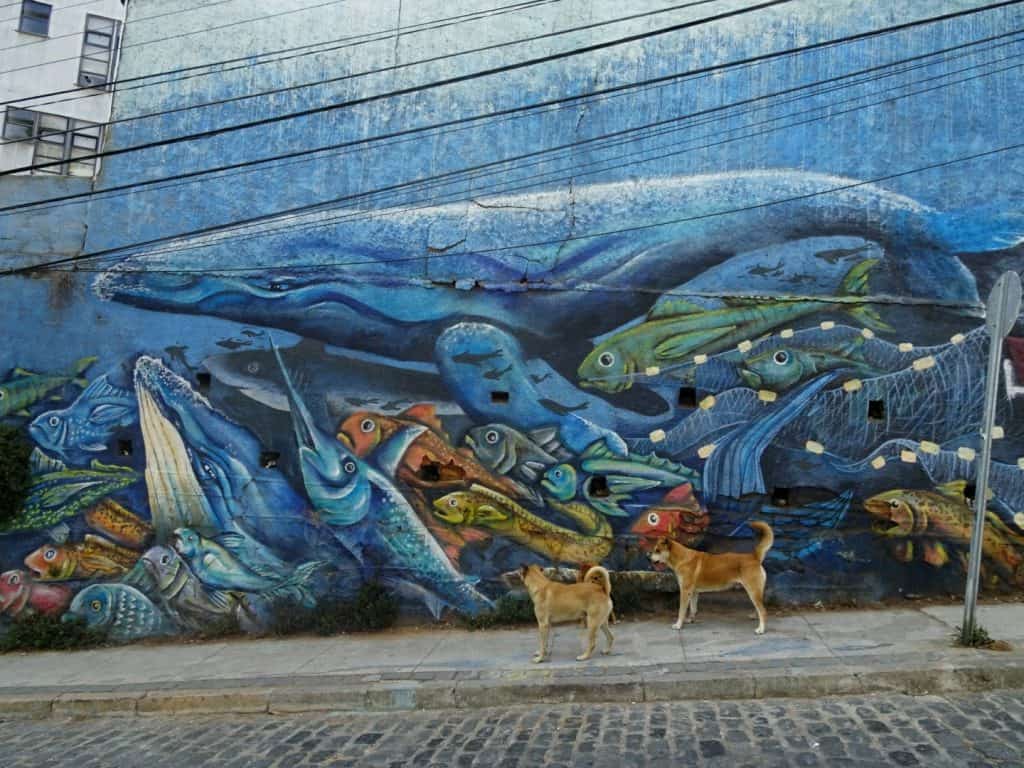 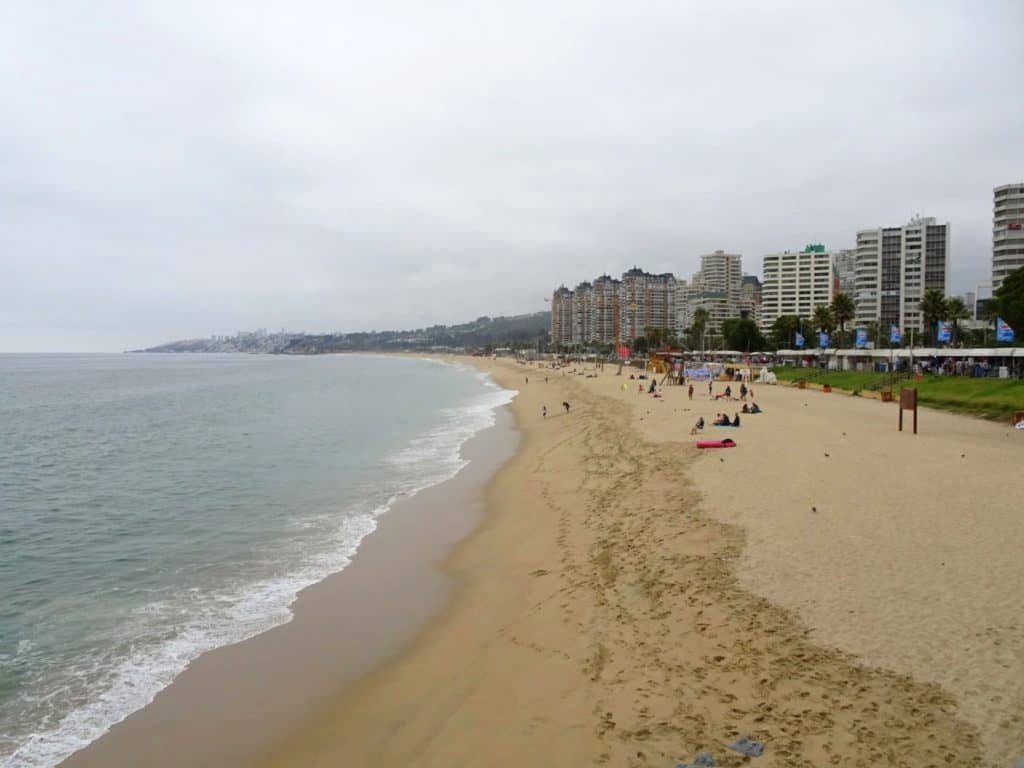 I’ve just very recently written more extensively on my stay in La Serena and everything you can do there, so I’m going to keep myself short (you can find the full article here).

La Serena and Coquimbo are neighbour towns about 6 hours north of Santiago. They both have spectacular beaches. In fact, if you feel so inclined, you can walk down the beach all the way from the one town to the other. There are some other points of interest in both cities, such as lookout-points, churches and architectural highlights, or markets.

There are also plenty of great day-trip destinations around La Serena and Coquimbo which you can visit by car, public bus or organized group tour. Those include the beautiful Elqui Valley, home of Chilean Pisco, and the Pingüino de Humboldt Conservatory on Isla Damas for some wildlife spotting. 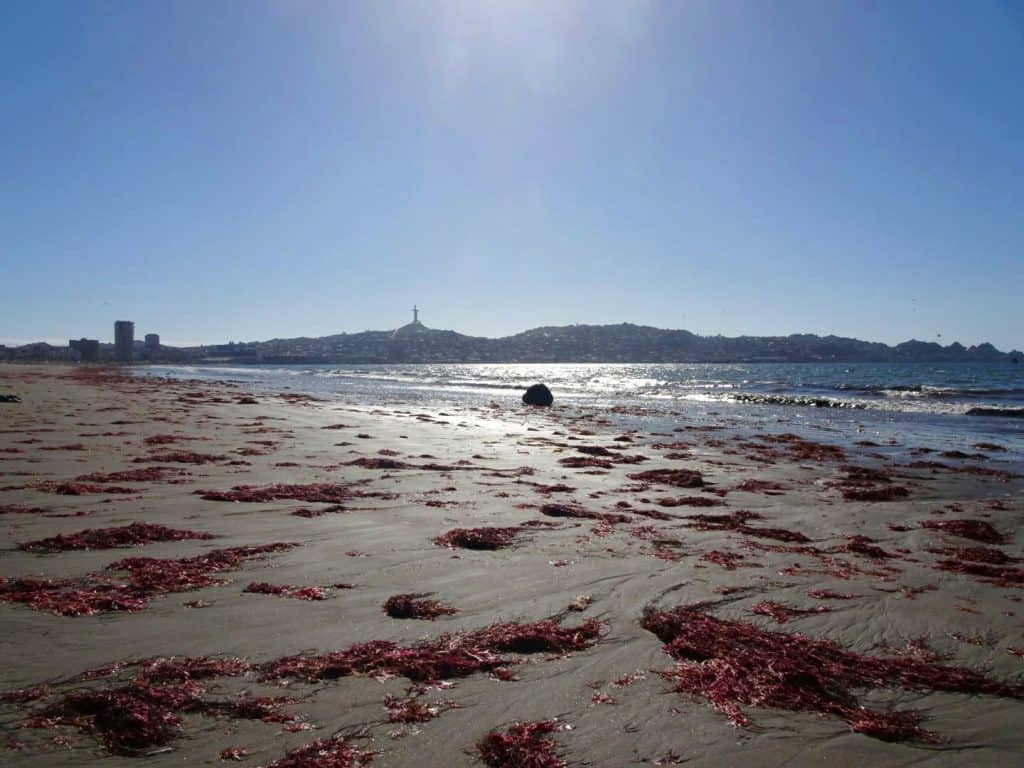 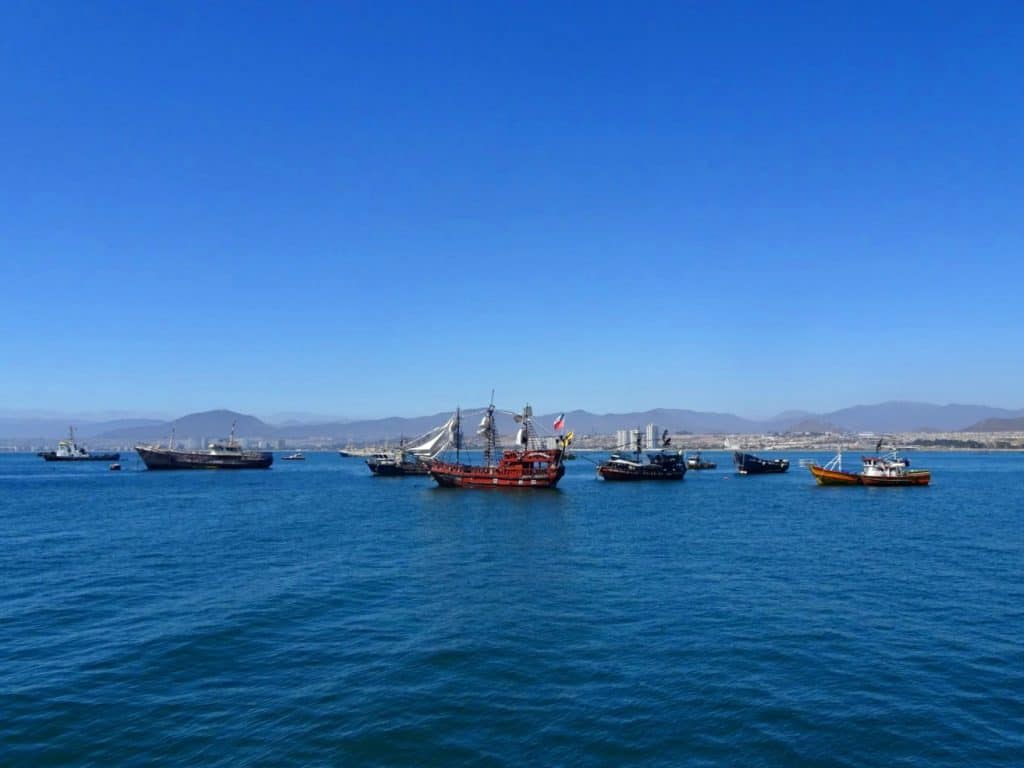 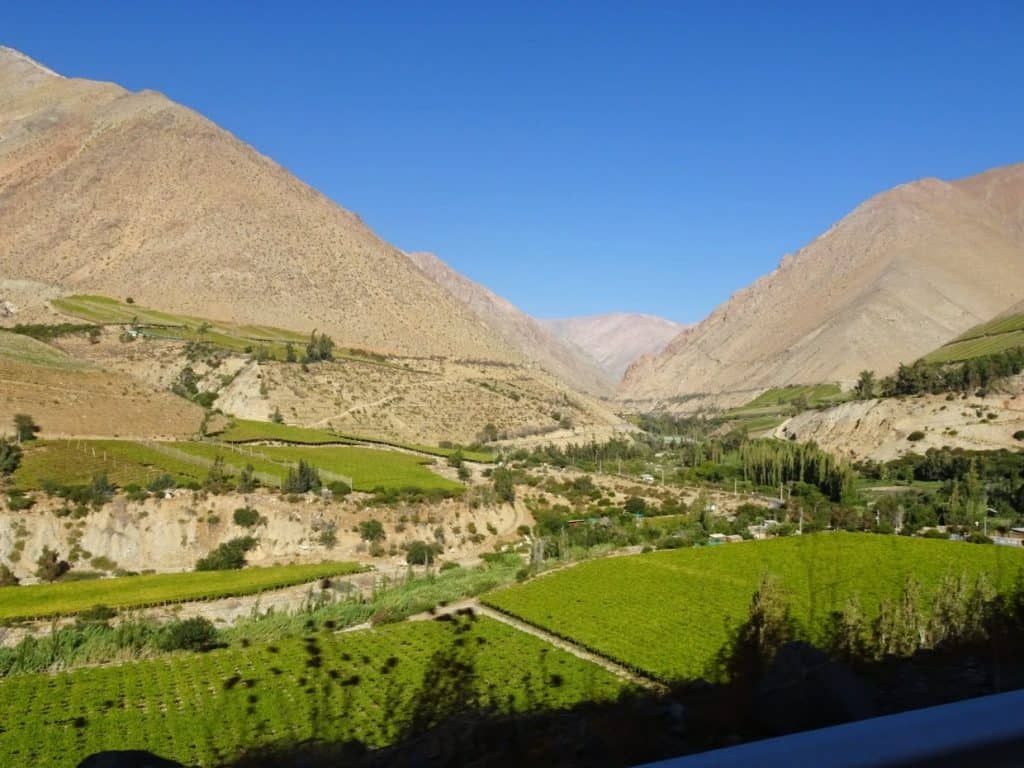 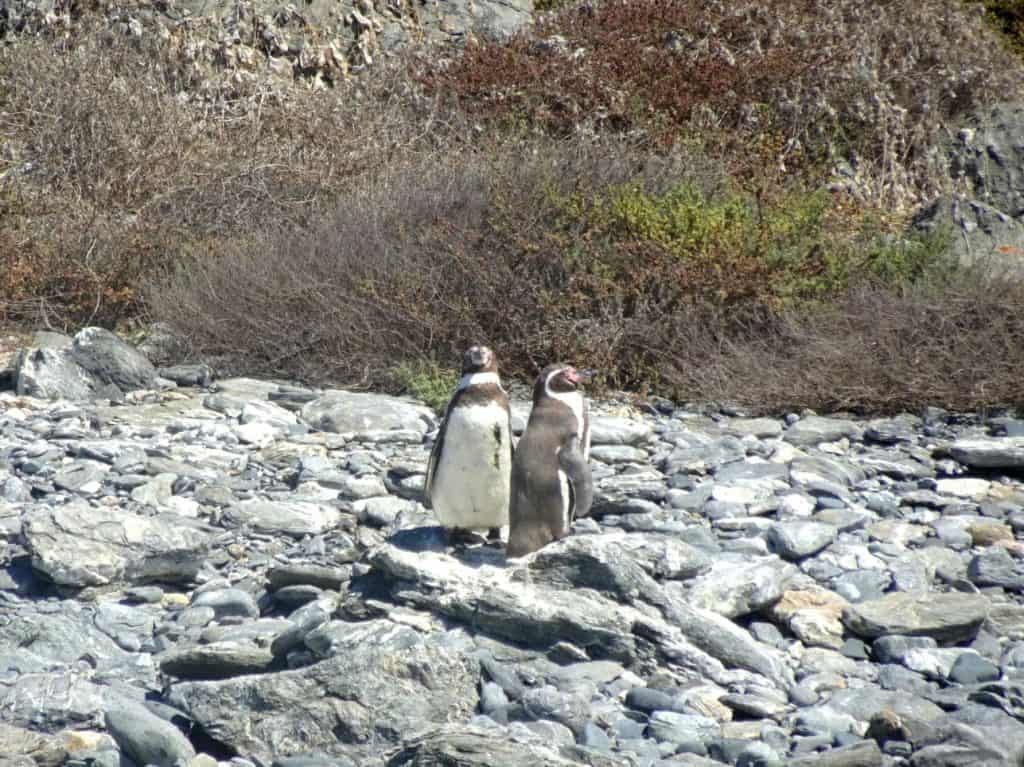 I was only in Antofagasta for two days, as there isn’t too much to do there. It’s the biggest city along the Northern Chilean coast and the capital of the Antofagasta region, but most visitors only use it as the gateway to San Pedro in the Atacama desert.

Not much to do, however, is not the same as nothing to do. Antofagasta has some nice museums, especially the Antofagasta Museum, which is free. There’s some interesting architecture and of course the beach and the harbour. As to day trips, there aren’t too many common destinations around as far as I know. The one place I would have liked to visit was the Hand of the Desert monument. However, there were no tours of public buses going there. As I didn’t have a car my only option would have been hitchhiking and I decided against that in the end. 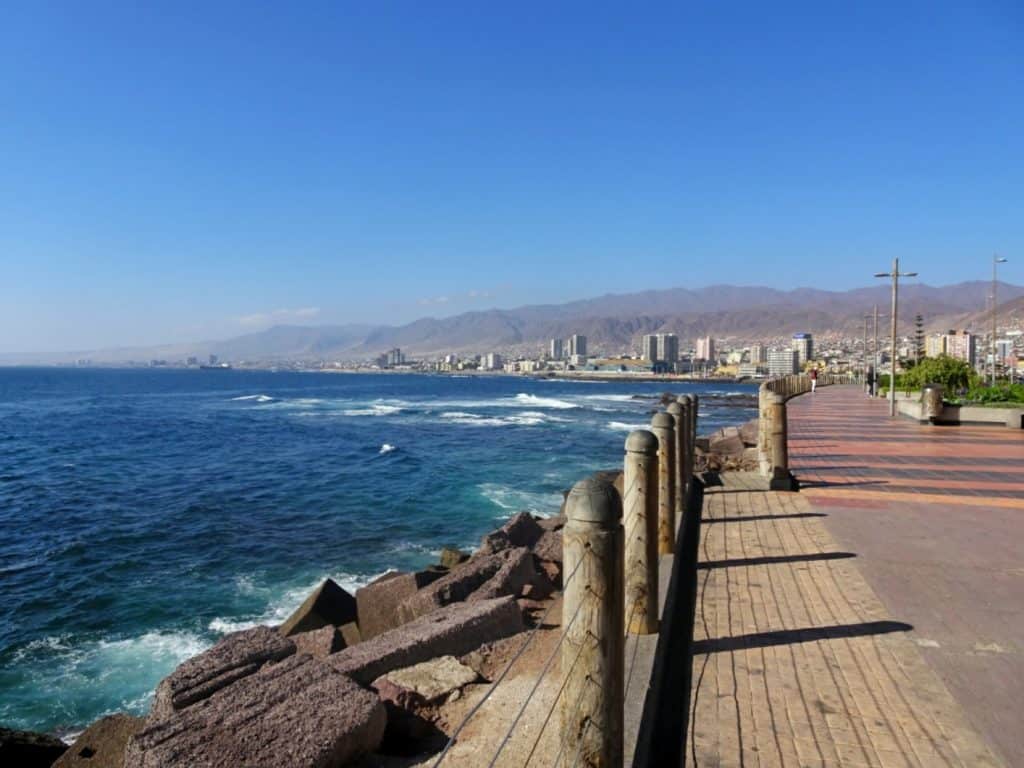 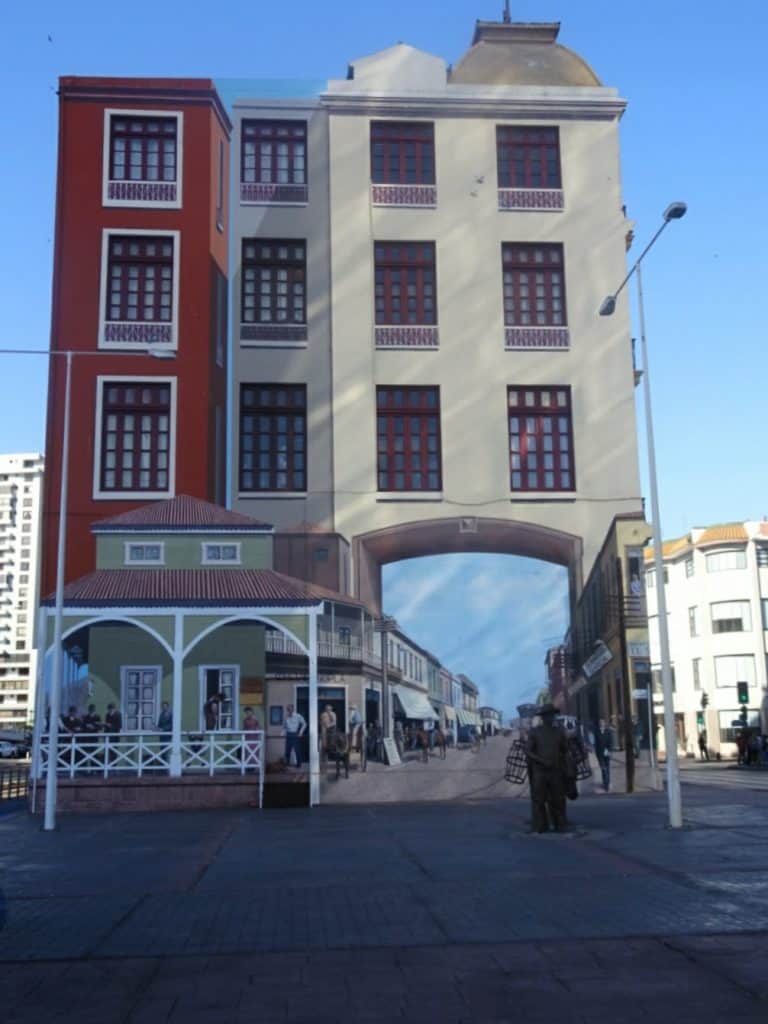 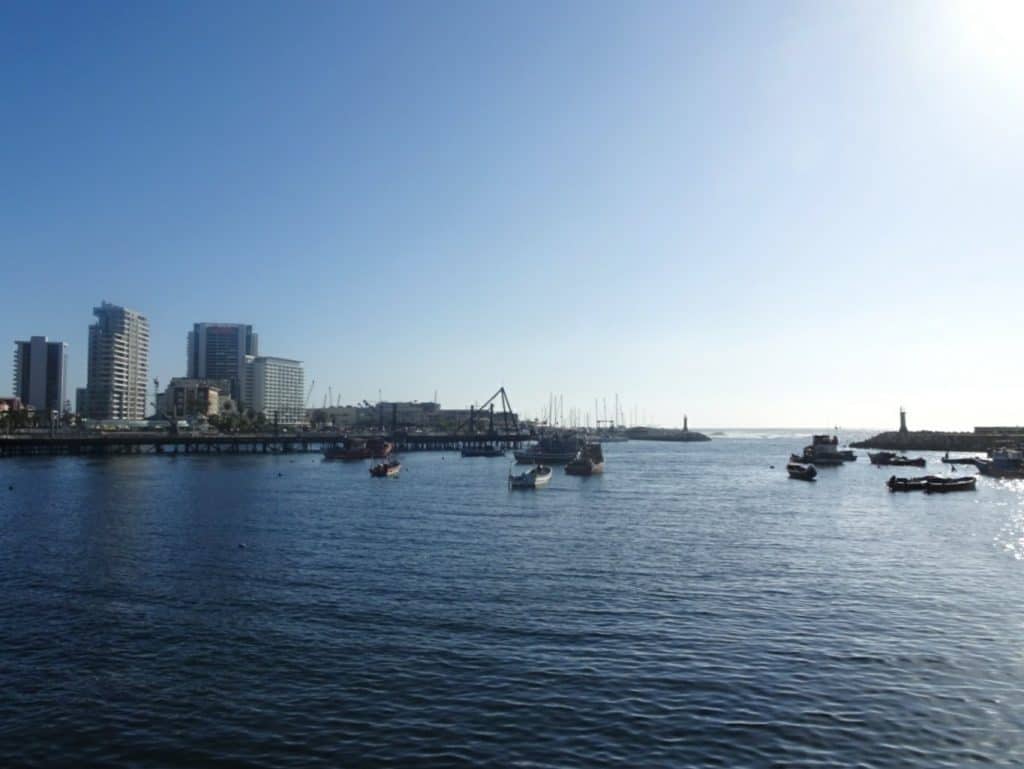 This was my favourite beach town, along with La Serena. Iquique is the bigger one of the two and is mostly renowned for being the surf and activity sports capital. You can choose between surfing, paragliding, horse-riding or quad-biking, just to name a few. These activities are offered through most hostels and the tour agencies in town.

If you prefer it a bit quieter, there are some nice museums to visit. The Museum for Regional History is right in the main street and free. Another recommendation is the Corbeto Esmeralda museum, a replica of a ship that successfully took on Peruvian warships in the Pacific War. You need to book ahead, however, as it can only be visited by guided tours.

I often also enjoyed just strolling down the main street, where many restaurants are located, or along the beach. Or try the huge duty-free Zofri Shopping Mall. Personally, I found it a bit overwhelming and didn’t stay long, but if shopping’s your thing, you can probably find lots of good offers there. 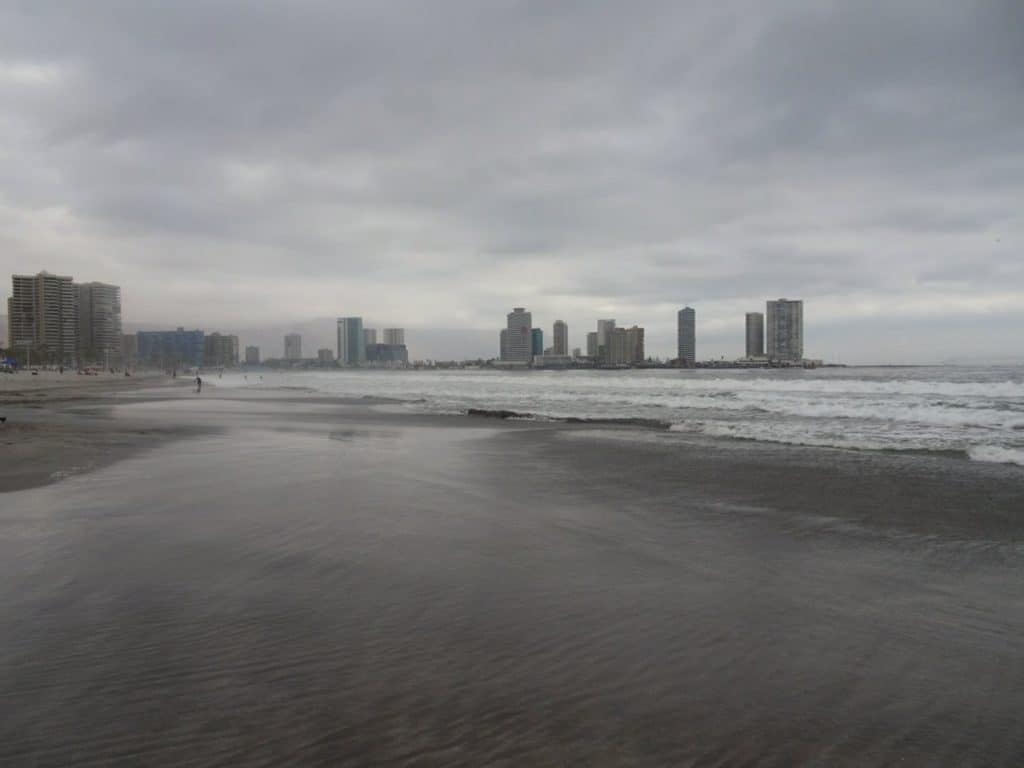 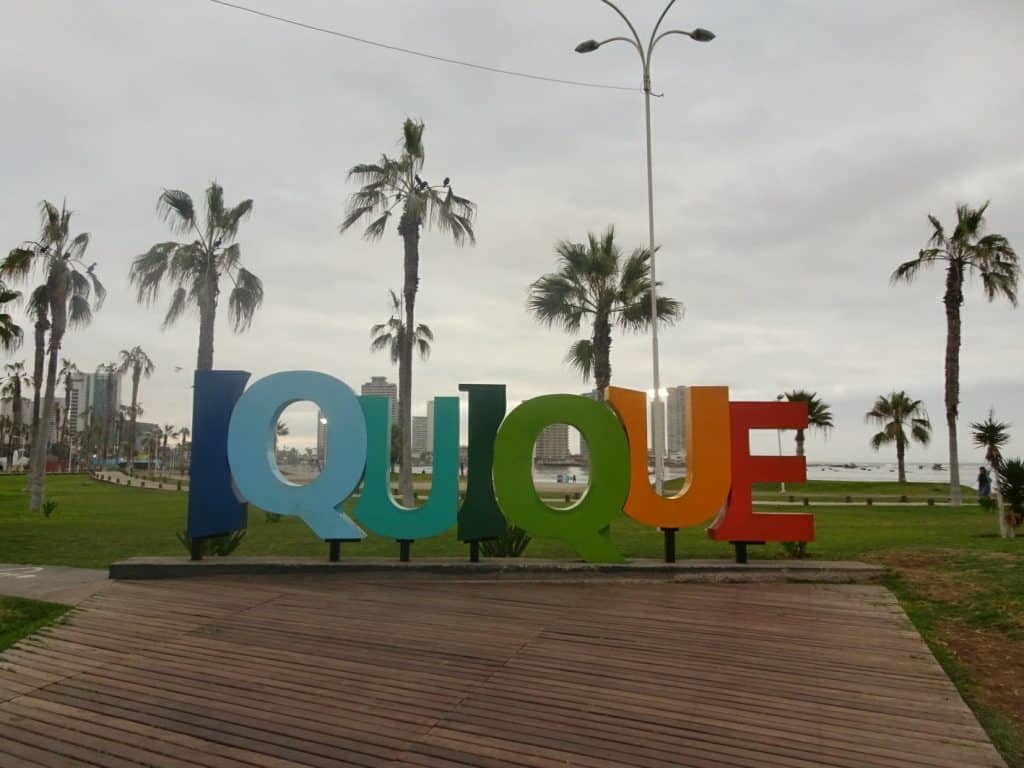 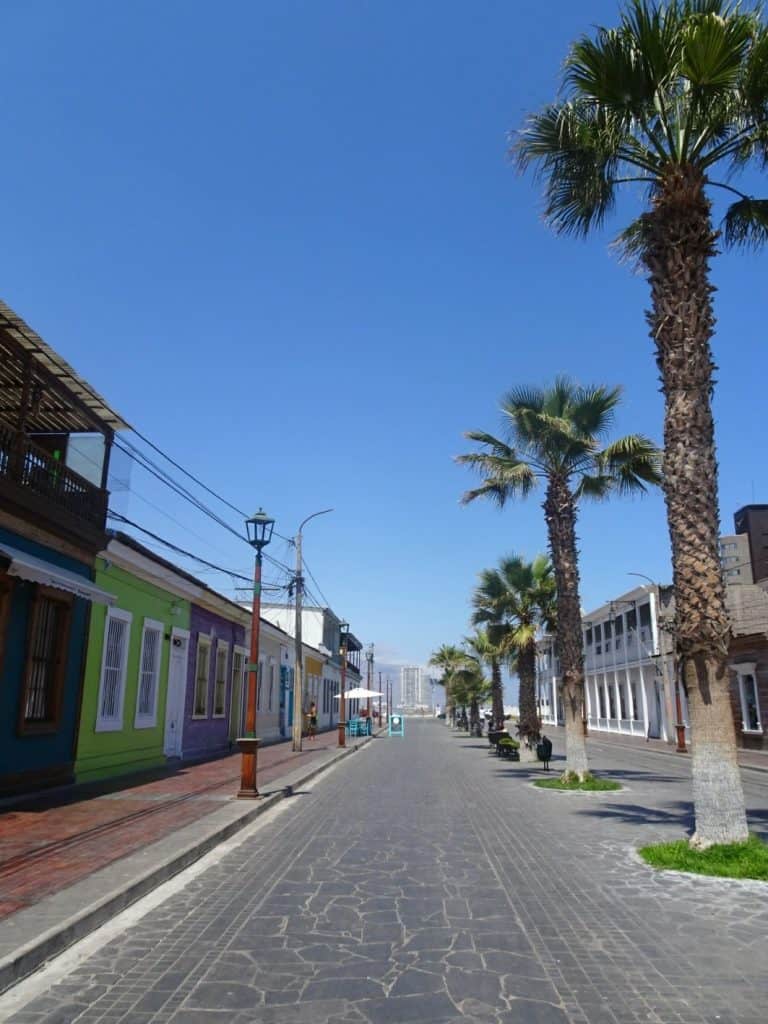 There’s also plenty of day-trip options around Iquique. One I highly recommend is the ghost town of Humberstone, a former saltpetre mine. There are many organized tours visiting it, but you can also go on the public bus for very little money. That’s what I did. The bus stop is right by the entrance and when you go back you just wait there for a bus headed to Iquique to pass by. I didn’t have to wait long, but when the bus came it was already full, so the driver offered me to sit on a stool in the aisle. Not the most comfortable bus ride ever (or the safest!), but certainly an adventure!

The ghost town itself is huge and you can walk around everywhere. At certain times there are guided tours which are included in the entry fee. Otherwise, just stroll around on your own and get a feeling of what life was like a hundred years ago for the people working in the mines.

One other day trip I can highly recommend is the Red Lagoon or Laguna Roja. You can read a full article on that here, but just let me say in short that it was one of the most spectacular nature trips I have ever been on. 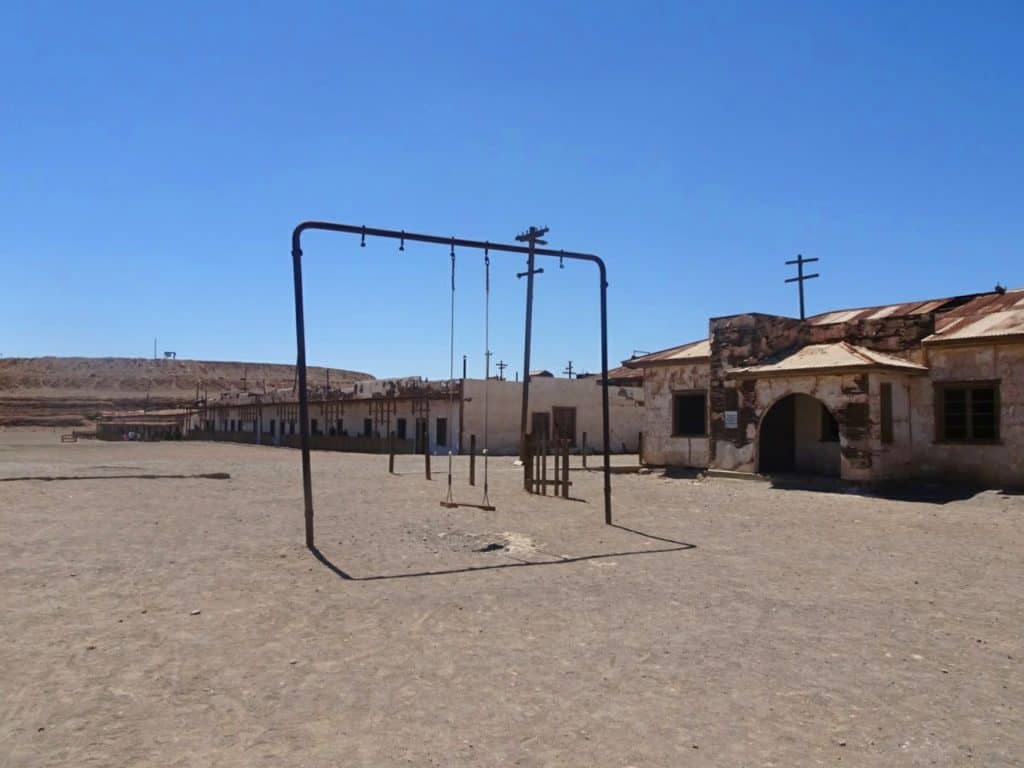 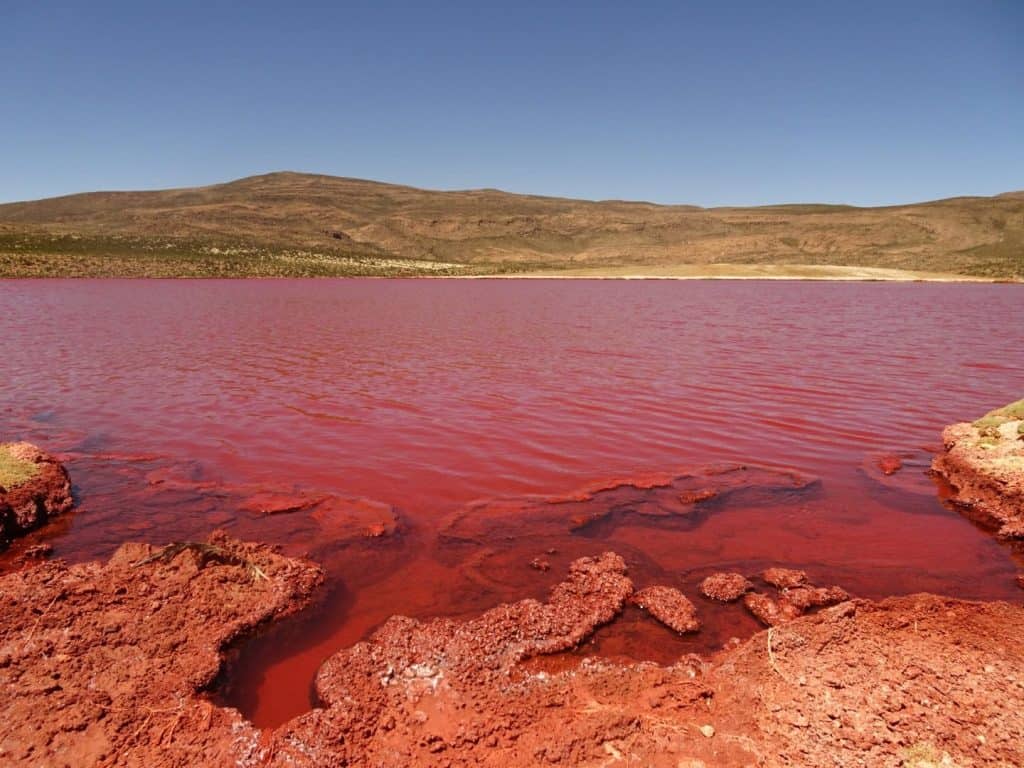 This is the last destination I visited on Chile’s coast, only about 20 km from the border to Peru. Arica is often treated more as a stop on the way from or to this Northern neighbour. However, there are enough reasons why you should stop by for a few days.

The town itself is quite small but has a surprising number of attractions. First, there’s the church, which is just absolutely beautiful. The main street is cute as well – just don’t come on a Sunday, when everything’s closed.

One of the main must-sees, however, is the Mummy Museum. In fact, there are two of them: the mummy house in Colon Street in Arica itself, on the exact site where the mummies were found, and the Museum in the nearby Valle de Azapa. The first you can easily walk to if you’re staying in town. It’s sitting right on the bottom of the El Morro Hill, so you can perfectly combine a visit of the two. 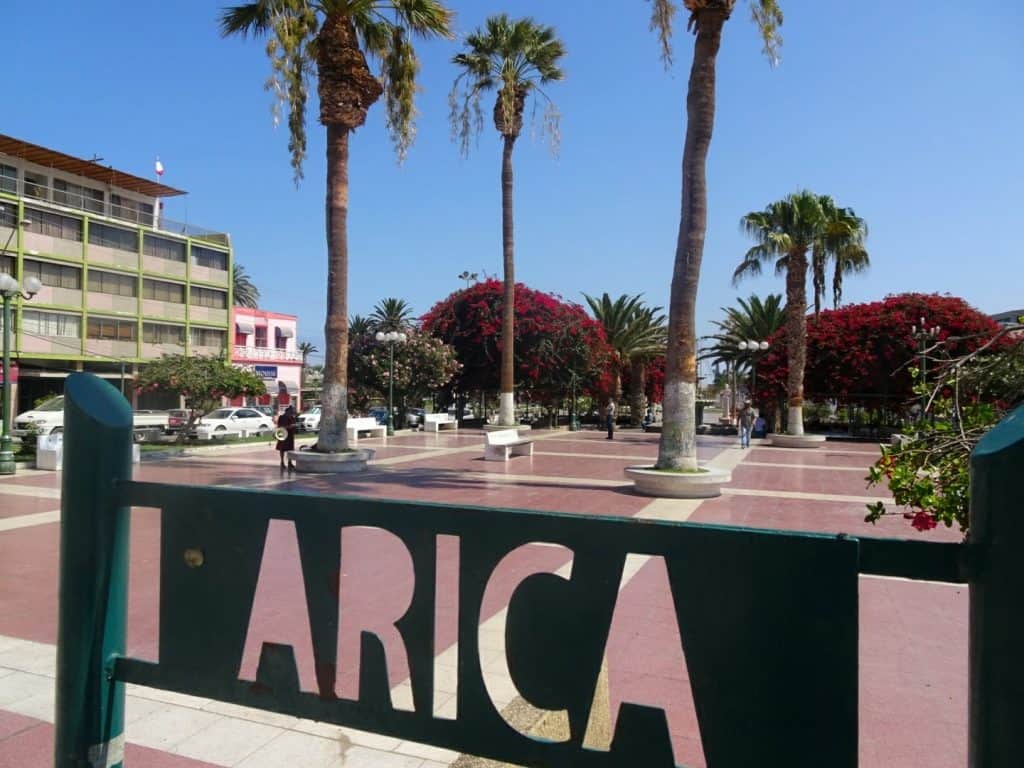 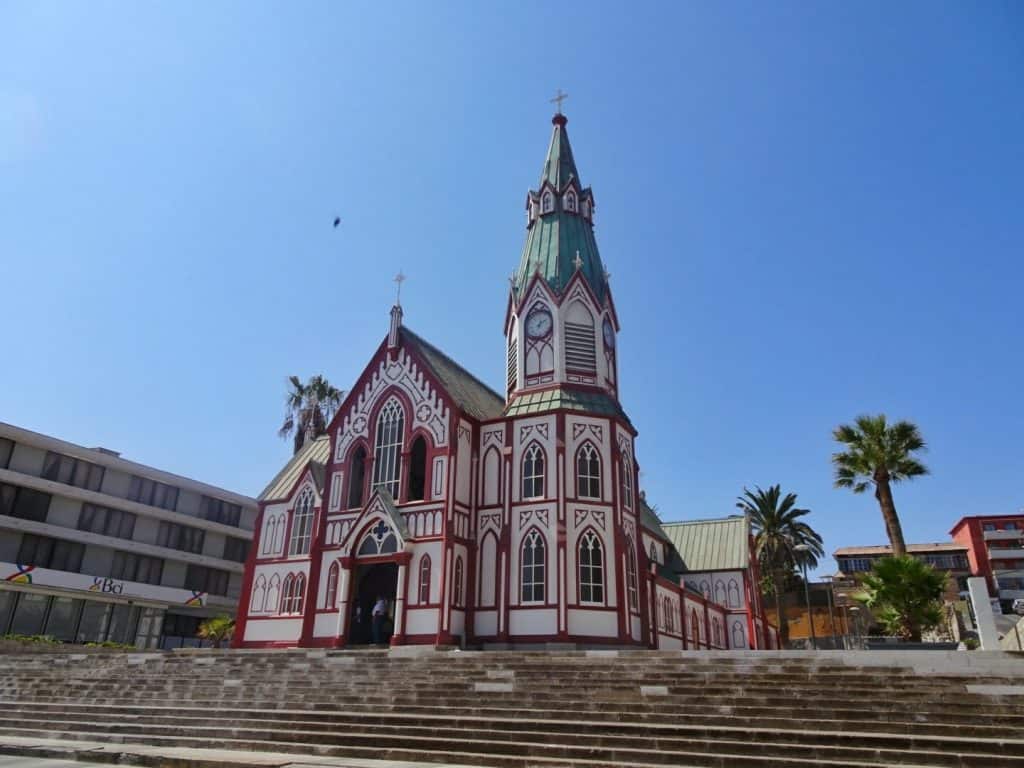 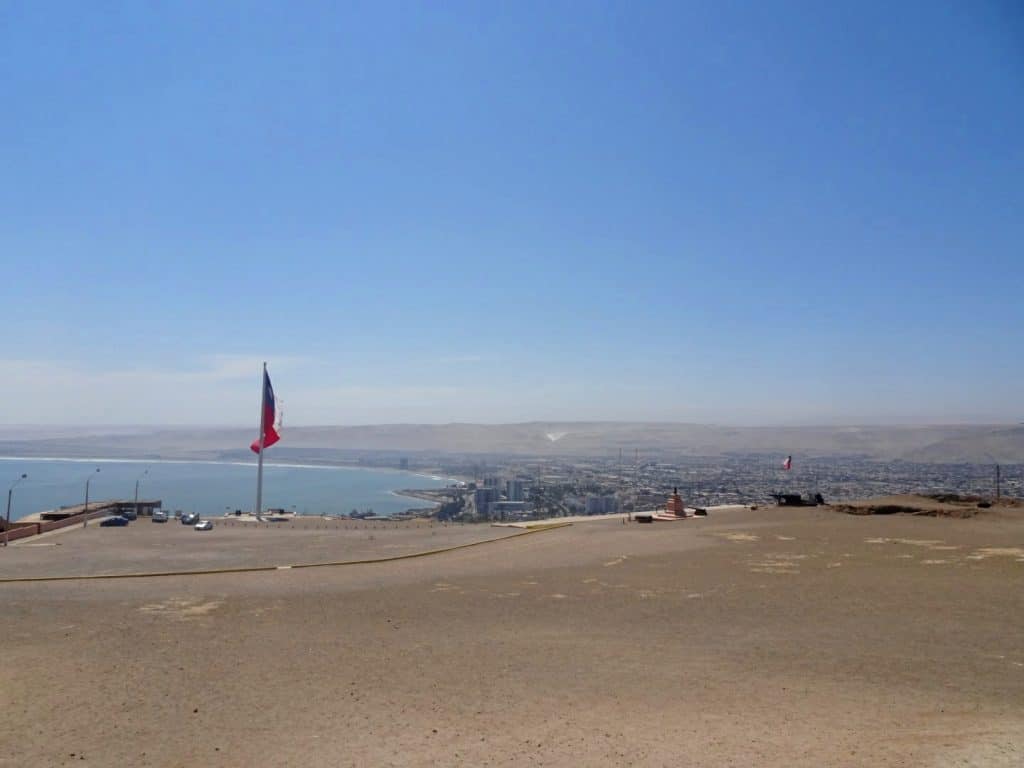 Most of the mummies have been moved to the Museum in the Azapa Valley. It holds several different collections that teach you about the native cultures, besides exhibiting the mummies themselves. There’s also a beautiful garden where we even spotted some hummingbirds.

Getting to the museum isn’t a problem, even if you don’t have a car of your own. Collective taxis are going from Arica to Azapa Valley for about 1000 Pesos per person. You only have to wait until they’re full. As we went in a group of three, that wasn’t a problem. It was more complicated to get back because most taxis passing by already had passengers and couldn’t accommodate three more people. We were lucky and got one in the end, but if you’re in a group you may want to consider splitting up for the way back.

Or you combine your visit with a trip to the Colibri House at the other end of the Valle de Azapa. I haven’t been there myself, but it was highly recommended to me. And as you are now on the further end of the town, you might catch the taxis before they fill up. 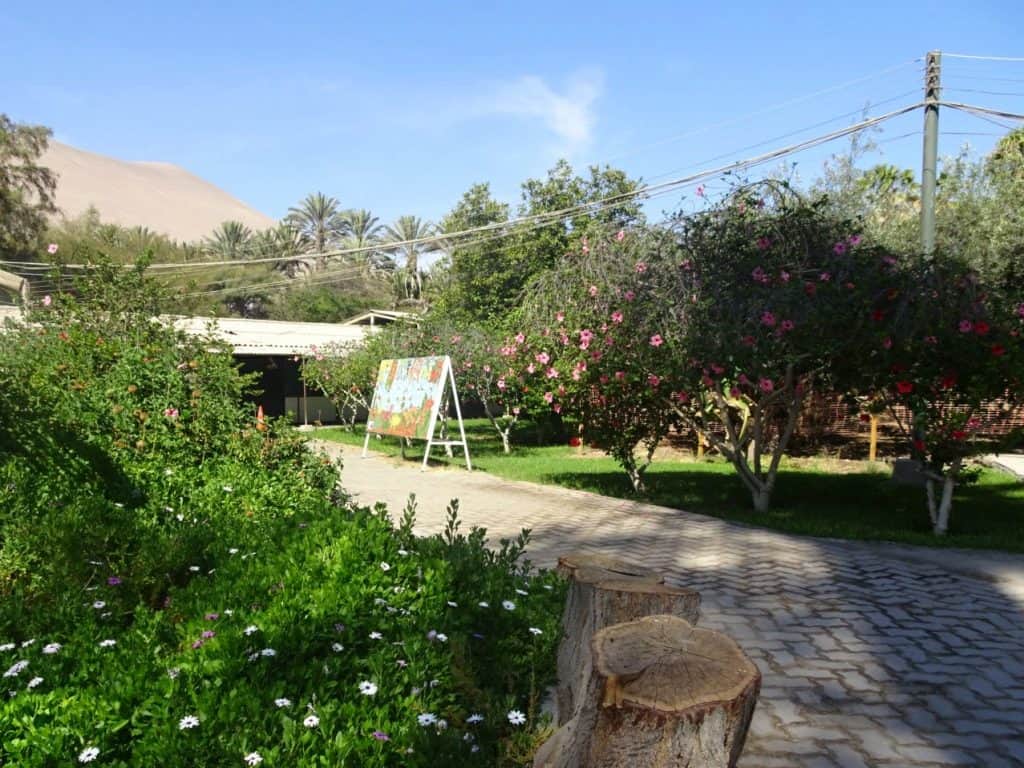 I also took a day trip from Arica to the Lauca National Park, which is close to the Bolivian border. I had originally thought of doing that as a two or three-day trip, but couldn’t find anything on the dates I needed it. So it ended up just being for the day. Our main destination was Lake Chungara on 4500m altitude, with some stops on the way there and back. It was beautiful, although I was, unfortunately, suffering heavily from altitude sickness and couldn’t enjoy it as much as I would have liked to.

If you have the time, you could also go to stay in Putre, the town closest to Lauca National Park, and explore from there. That way you get a bit more time to adjust to the altitude. 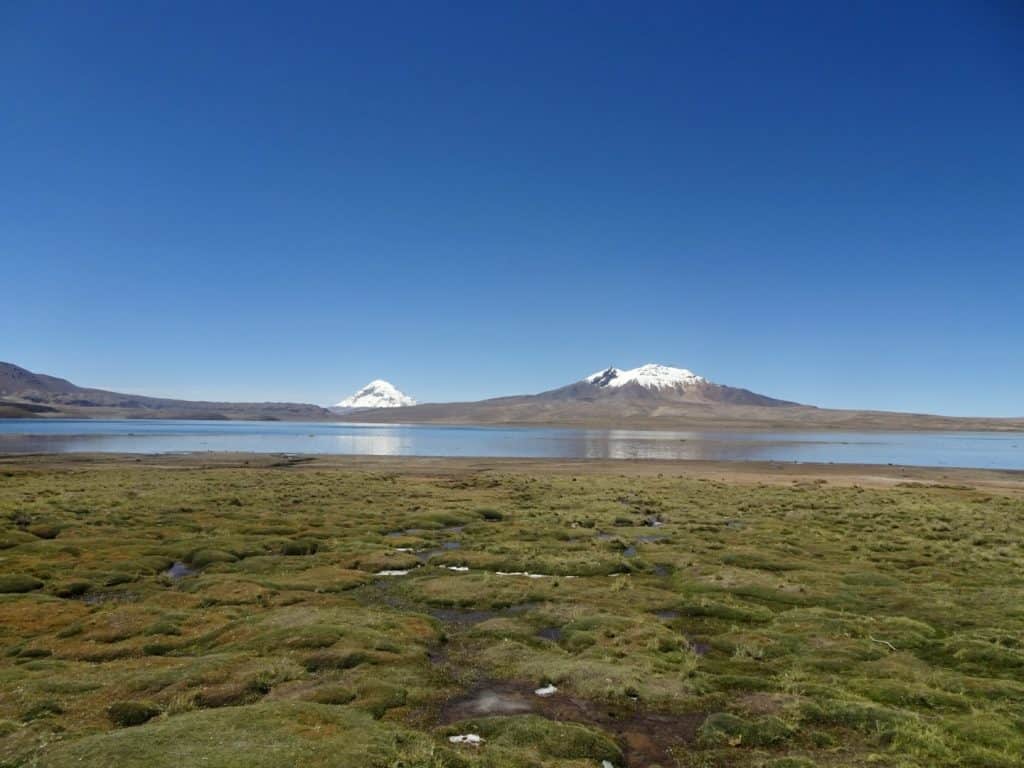 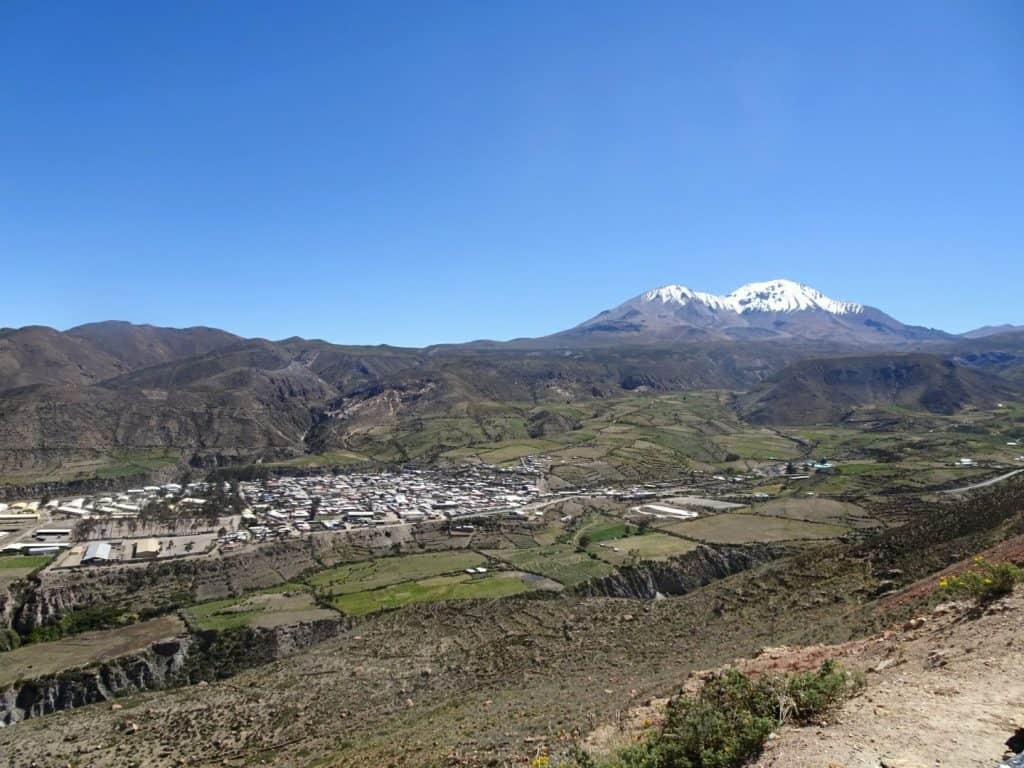 One last thing I need to point out about Arica is the surfing. While Iquique is often referred to as Northern Chile’s surf capital, Arica is the perfect place for beginners, because waves are very easy and smooth. I spent a day surfing with my roomies and it was just amazing. We had two sessions, one in the morning and one in the evening. In between, we all had lunch together and then our surf teacher even drove us out to the Cuevas de Anzota, a couple of caves on the coast about 10 km from Arica, because he heard we’d like to see them.

Our second surf session took place just before sunset. The sky was coloured orange behind us, and as it started to go dark, suddenly there were turtles popping up all around us. It was magical! 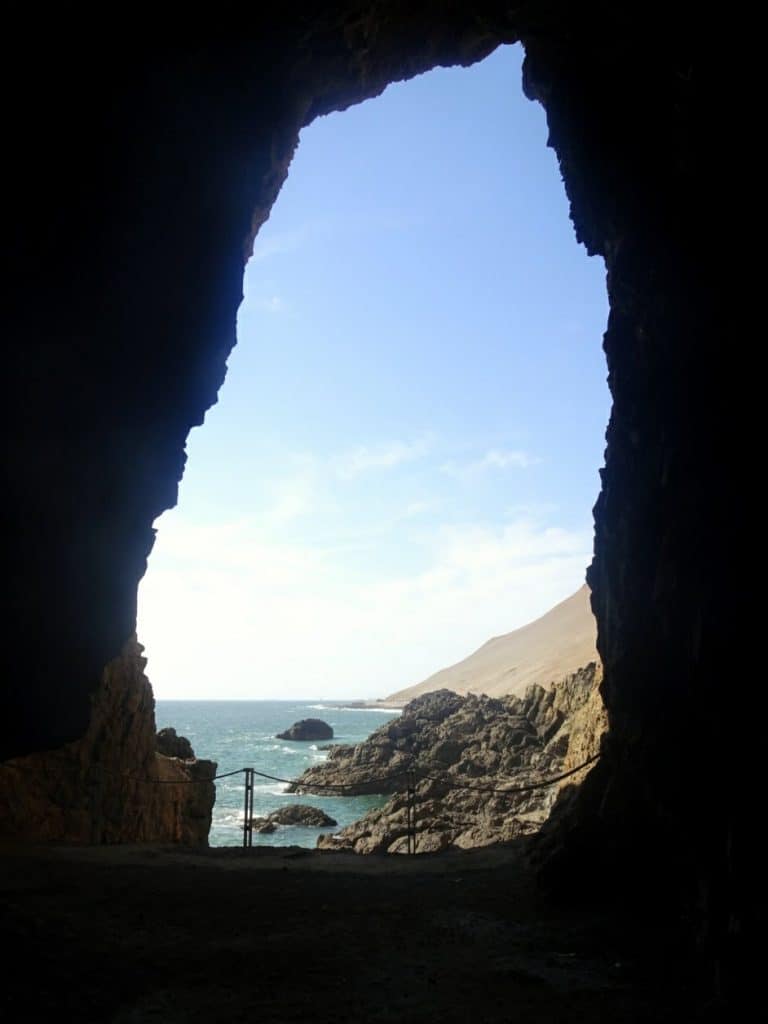 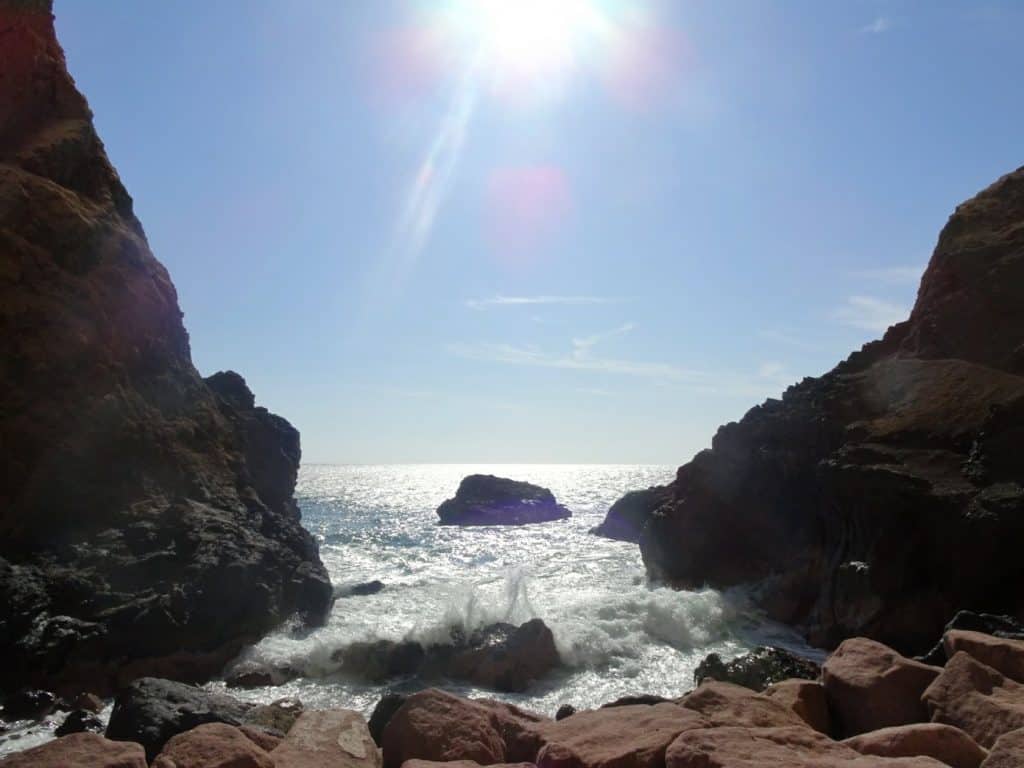 Have you travelled the Chilean coast? What were your highlights? Anything I missed? Share in the comments! 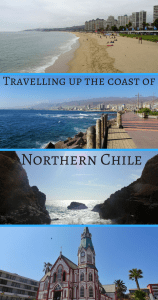