Warning: Parameter 2 to wp_hide_post_Public::query_posts_join() expected to be a reference, value given in /home/customer/www/globalintrovert.com/public_html/wp-includes/class-wp-hook.php on line 292
 Touring South West England • Global Introvert Skip to content

I’ve been to England several times already, but before last year I had never made it out of London. The only exception was one short trip to Manchester with my sister several years ago. We went to see a cricket match, and while we had beautiful weather the four days leading up to it, on the day of the game it was pouring rain and the match had to be cancelled halfway through. So much for watching sports in England…

Anyway, last year I found myself in the UK with some free days before having to be back in London. I took the chance to finally see something of the English countryside. As I was travelling alone at that point, and not keen on renting a car on my own, I booked myself onto a bus tour with Haggis Adventures instead. Five days through Dartmoor and Cornwall, with our awesome guide Ed, an ex-London-cabbie as the bus driver, and nine other travellers from all over the world!

It was September and the last tour of the year, which is why the group was so small. It meant more space for everyone on the bus, and even better, getting to know everyone else took no time at all. Except for one other German girl, all travellers came from English-speaking countries: USA, Canada, Australia, New Zealand. This is the reason I prefer English-speaking tours to German ones. They are more international. After all, if I want to hang out only with Germans, I don’t need to go to England, right?

Once on the road, we made the first stop at Stonehenge. I guess you can’t travel that corner of England without including this iconic destination. There was a slight drizzle while we walked around the area, but it didn’t make the stones any less impressive. They don’t let you go all the way up close, to protect the site from corrosion, but the path gets near enough to get a good look. 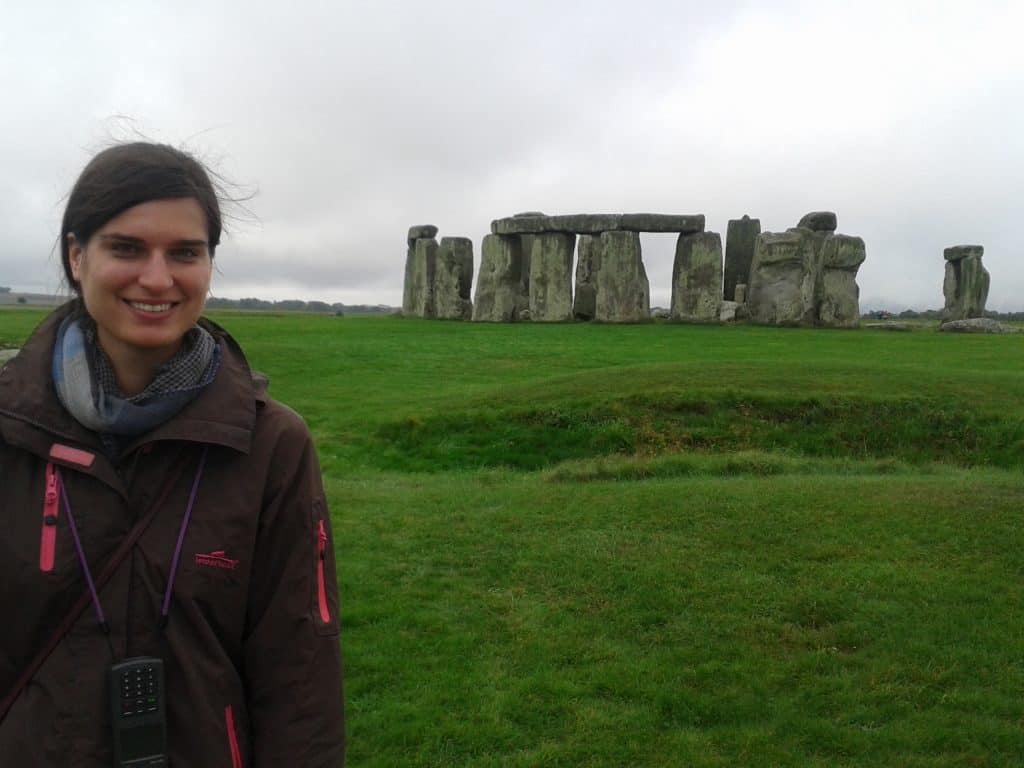 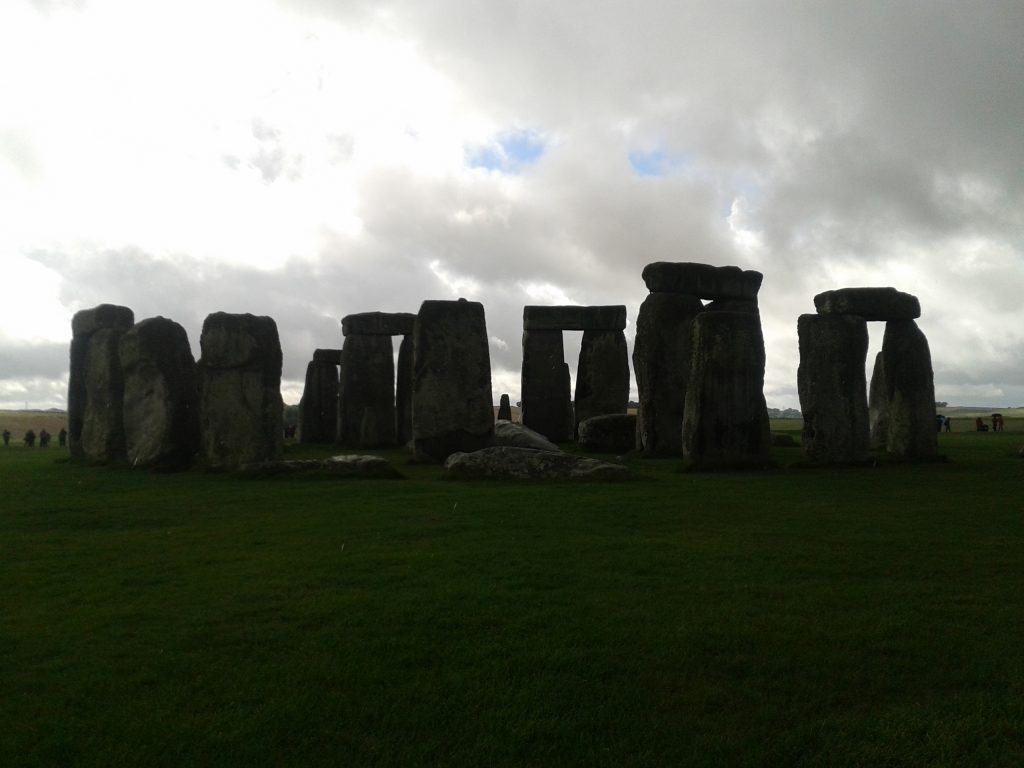 The next day was all about exploring Dartmoor National Park. We had a picnic beneath the boulders, with a view of the landscape, including sheep and even some Dartmoor ponies. So cute! They came up to the parking lot in the hope of getting some treats from the tourists, so we got to see them up close. 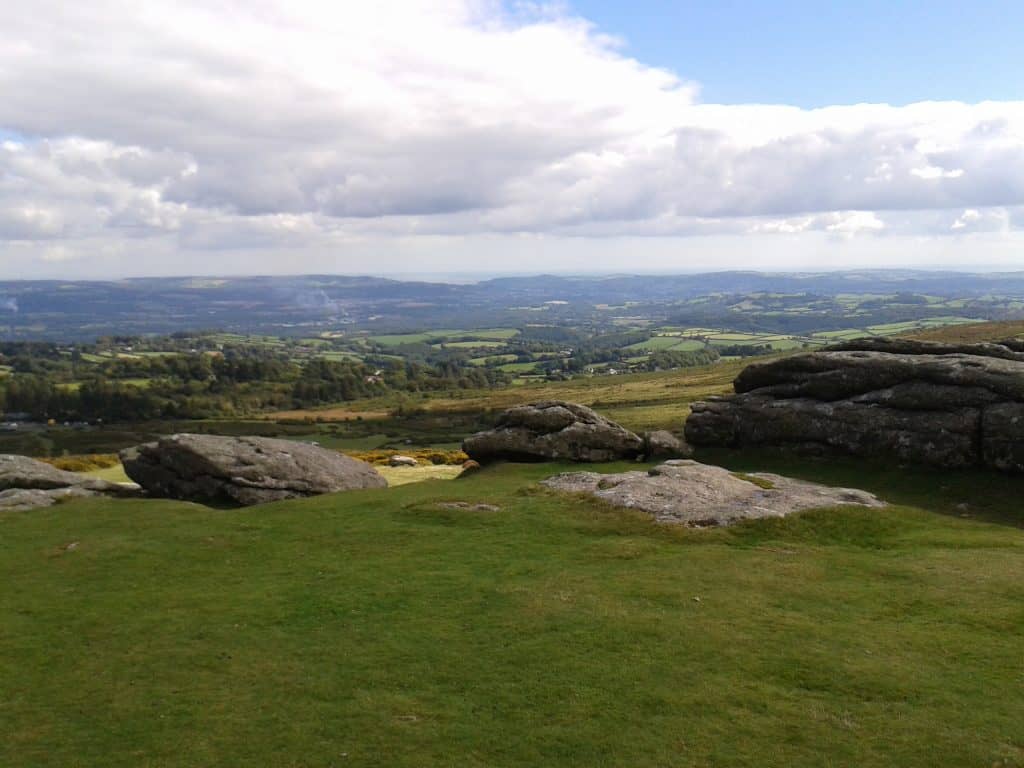 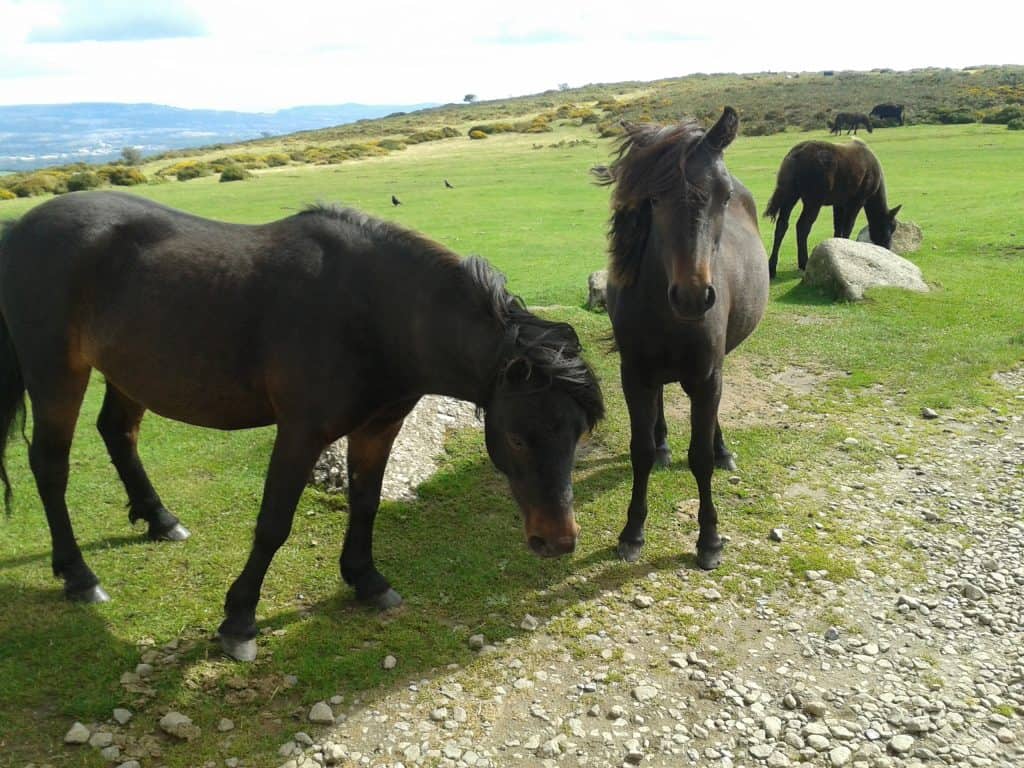 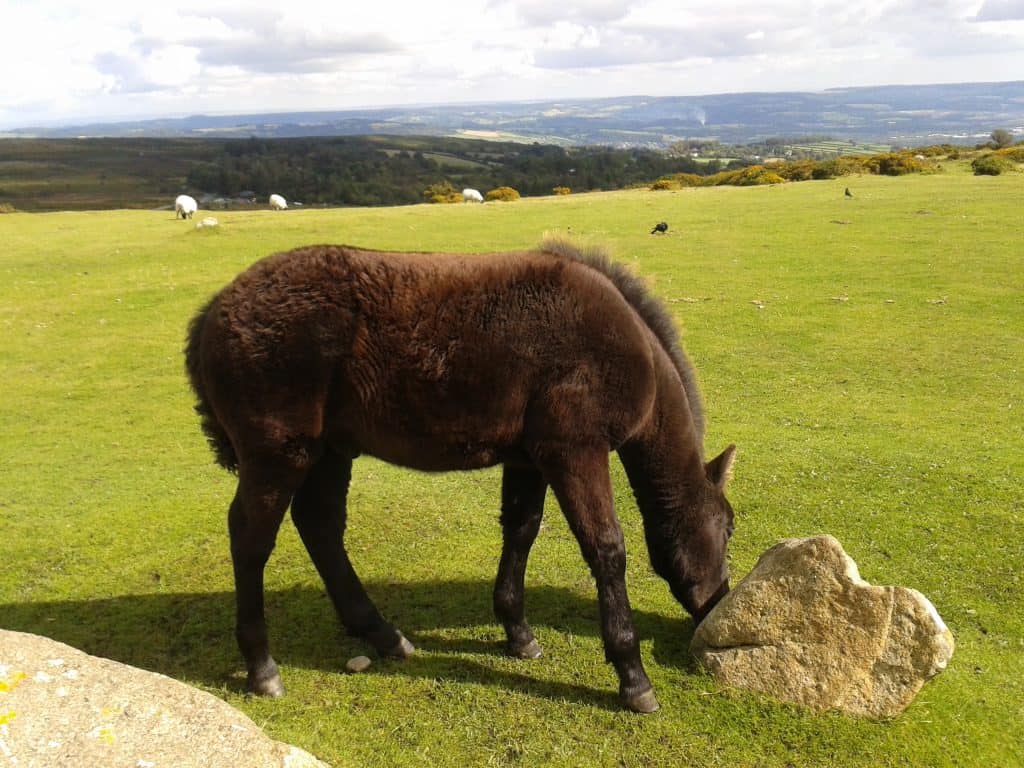 After leaving Dartmoor, we arrived at the main destination of the tour, where we were going to spend the next two days: Cornwall. What a beautiful piece of earth! Ragged landscapes, imposing cliffs, cute little towns that look like they’ve been stuck in time… I loved it! We made it all the way to Lands End, the most South Western part of England, where we walked over the cliffs along Sennen Cove walk, up to the point where you can’t go any further, or you’ll drop into the ocean. 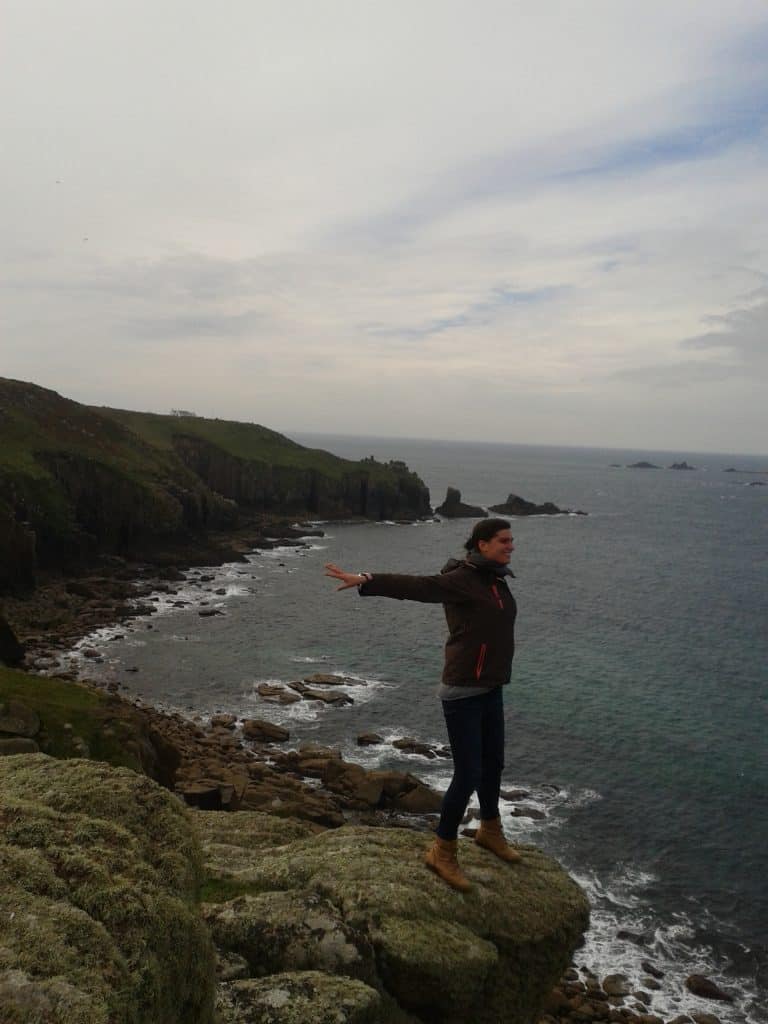 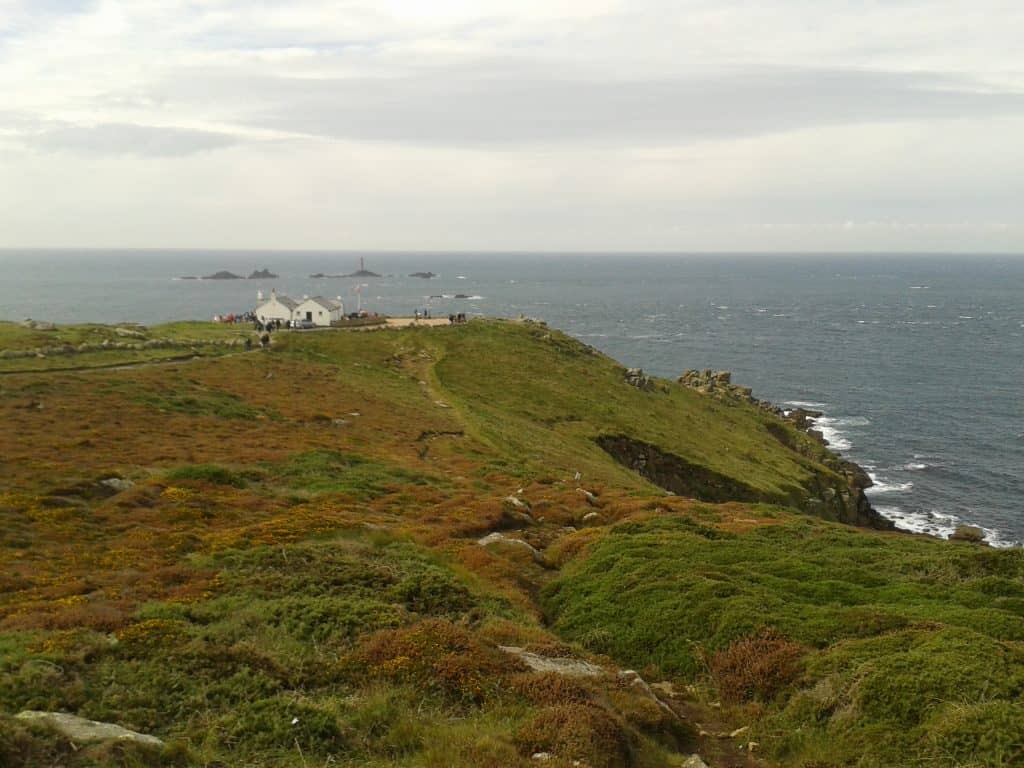 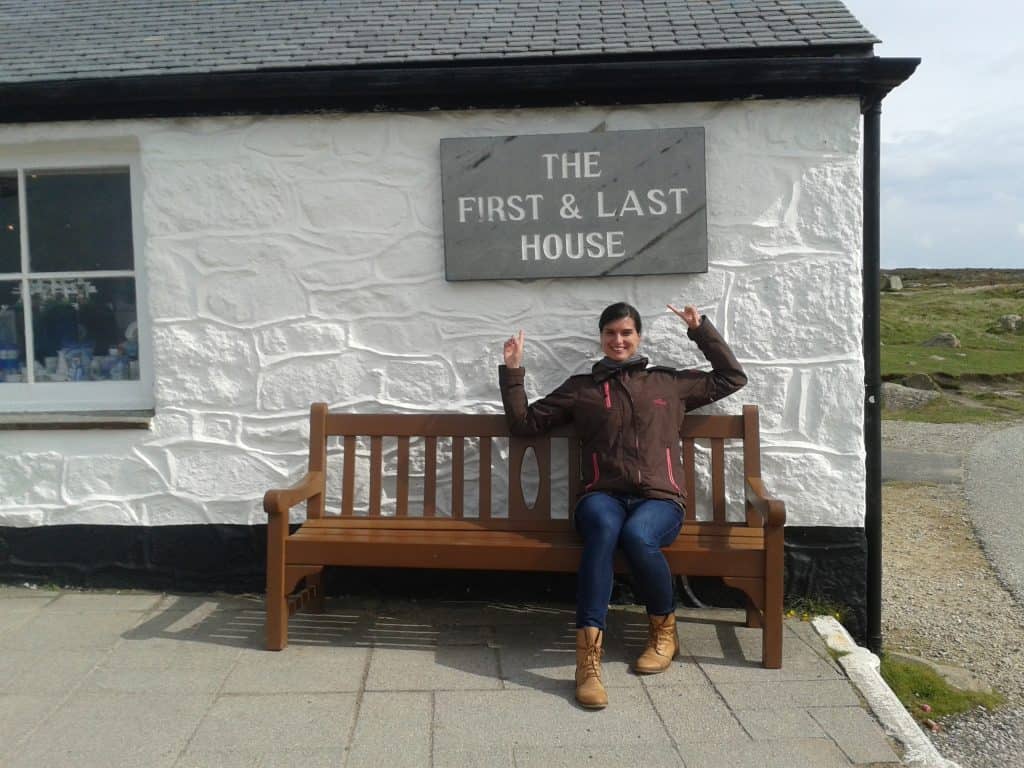 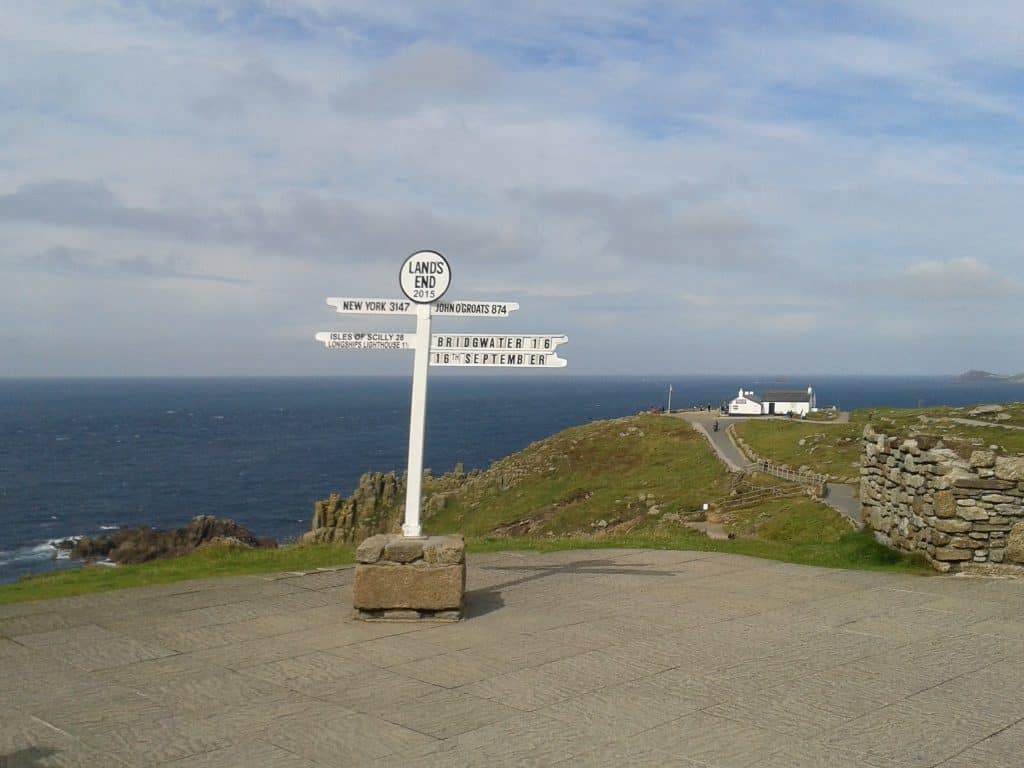 One other main stop in Cornwall was Tintagel Castle, or rather the ruins of it. Legend has it this was the birthplace of King Arthur! We had already had an introduction to the King Arthur connection of the countryside by visiting Dozmary Pool. That’s where the Lady of the Lake gave Excalibur to Arthur. We honoured the legend with a reenactment of the story – in our guide’s own special version. Thus prepared, it was time to see his birthplace. It’s right at the sea, high up on the cliffs. You can imagine it must have been one impressive castle when it was still standing. Worthy of a king. 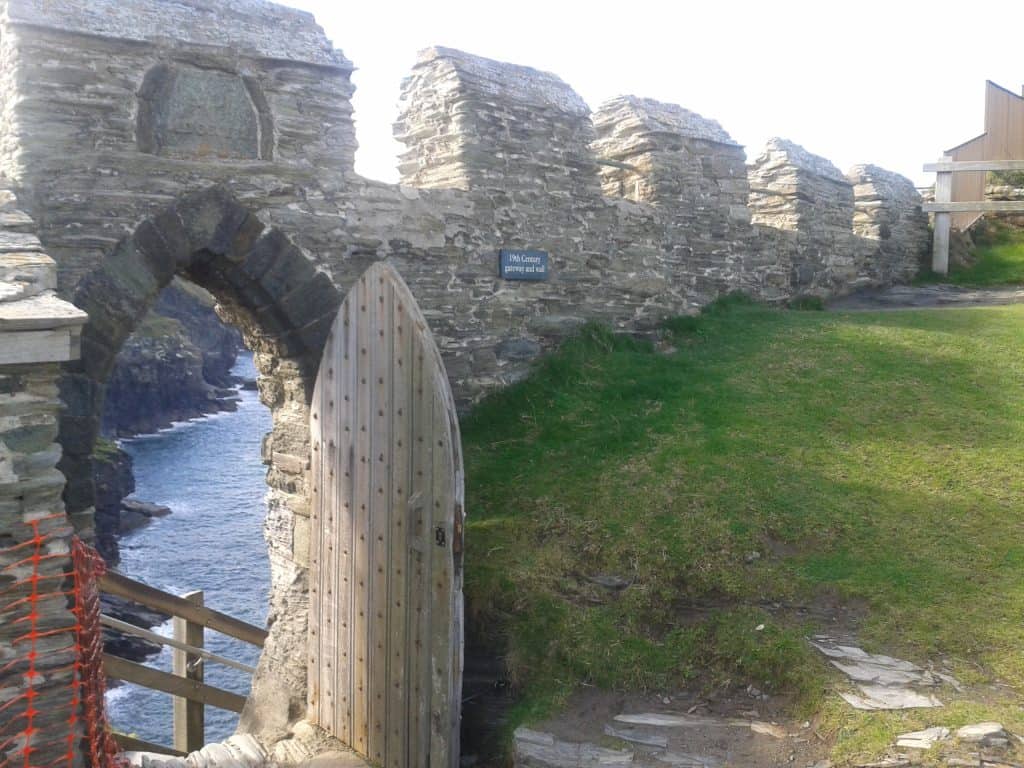 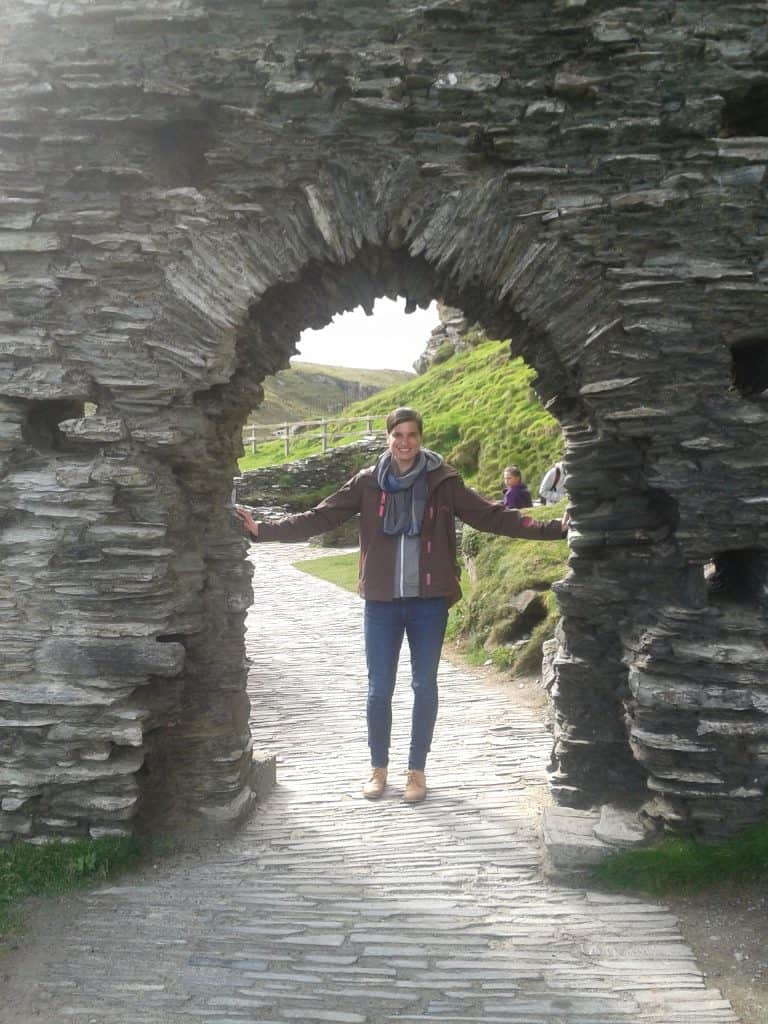 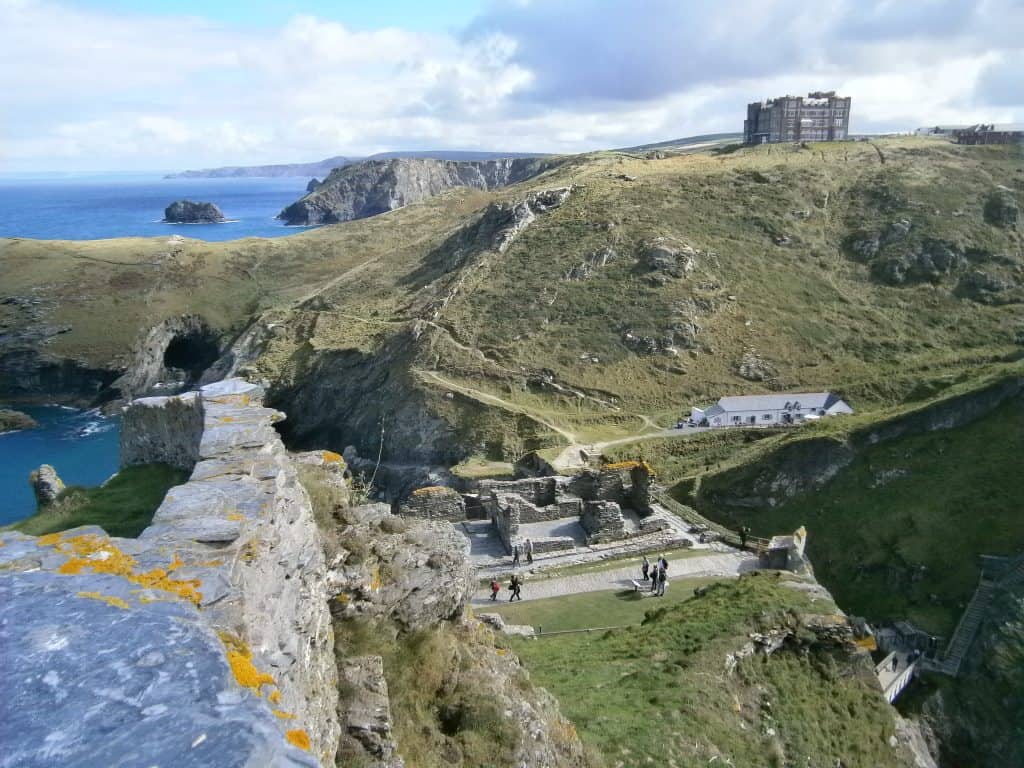 On our way through Cornwall, we came through a few pretty little towns, including the one with the best pasties (Boscastle) and the one that makes the best fish and chips (St Ives). According to Ed, that is. I don’t even like fish a lot, and I thought they were delicious. 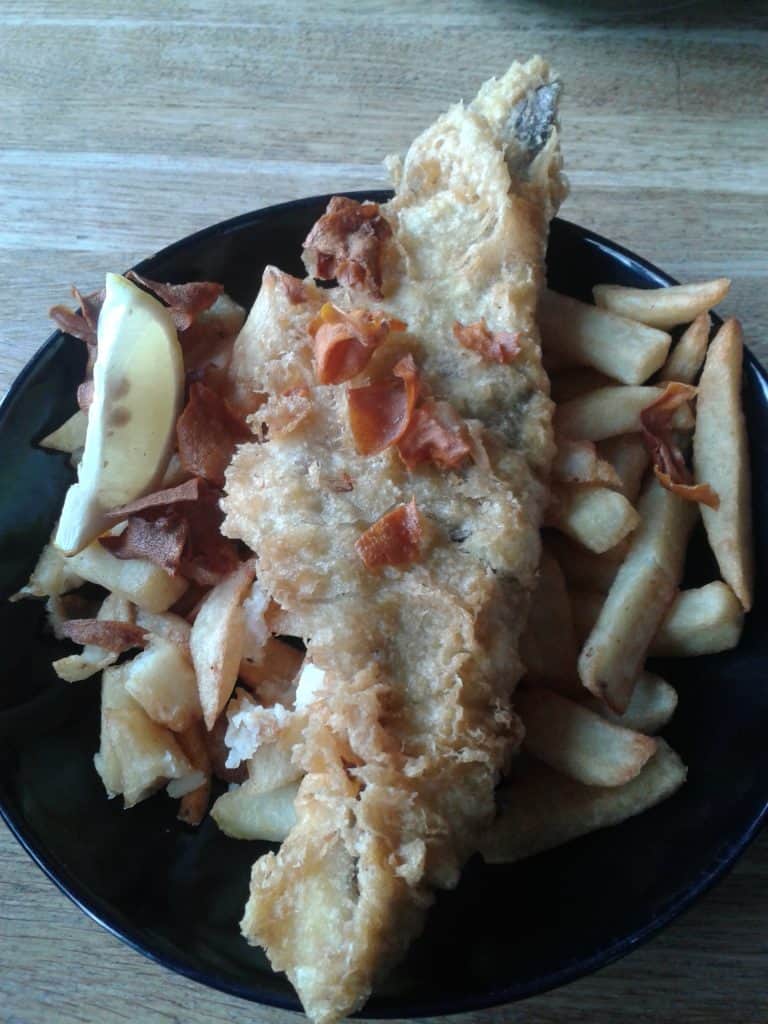 While I enjoyed every single one of these places, my favourite spot in Cornwall was somewhere else: the Minack Theatre! Yes, I know, what a surprise that I’m choosing a theatre of all places… But bear with me. This one is truly amazing! It is built right on the cliff with a spectacular view of the sea. Just imagine seeing a play before a such a backdrop! What makes it truly impressive, is the fact that it was built almost single-handedly by one woman, Rowena Cade. She opposed all difficulties and proved the naysayers wrong by creating a theatre that now welcomes companies from all over the world. And when it got destroyed during WWII, she simply went and rebuilt it all. With her own hands, if necessary. What a woman! 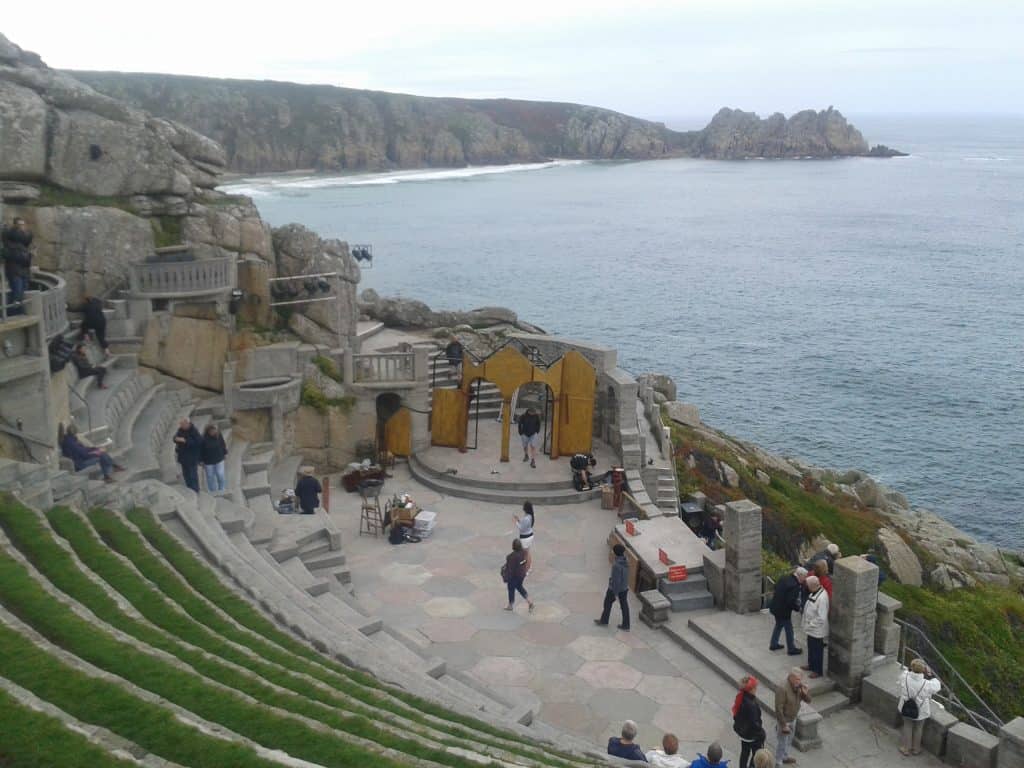 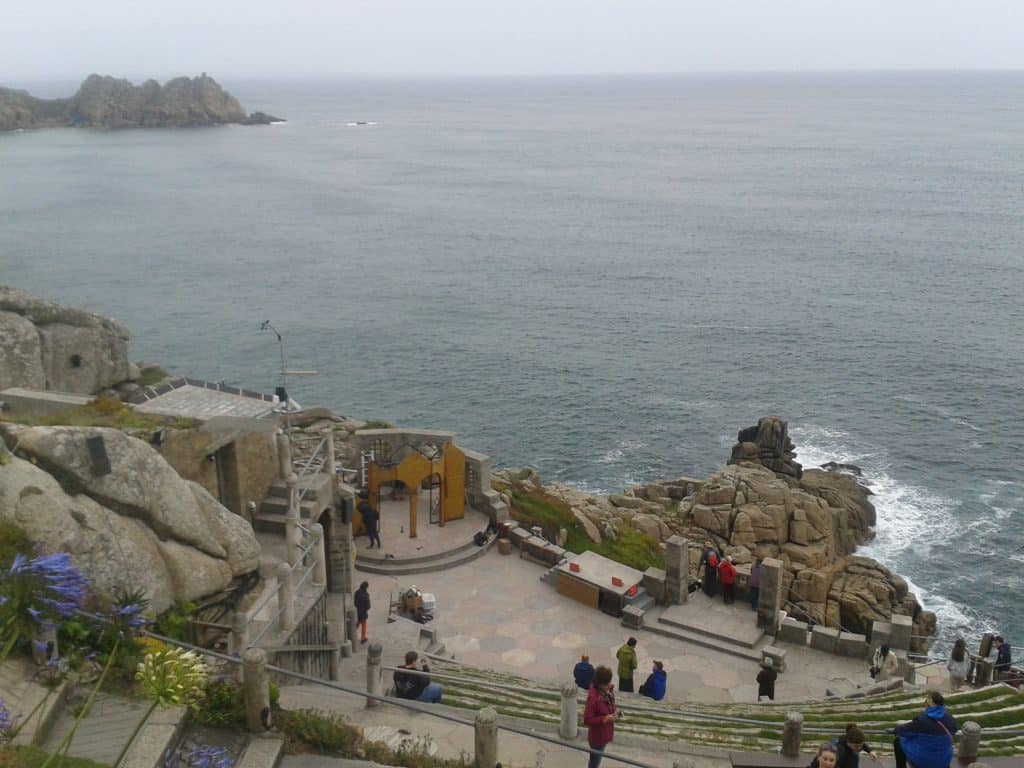 Finally, we made our way out of Cornwall, but that didn’t mean the highlights were over. Before returning to London we spent our last night in Bath. We got plenty of free time in the morning before taking off, so everyone scattered off to explore what the city had to offer. I opted to visit the Jane Austen Centre. Hey, I’m a literature major, what did you expect? However, as it was some time before it opened, there was plenty of opportunities to wander around the city and enjoy its beauty. Then I ended my Bath experience with scouting the markets for lunch. 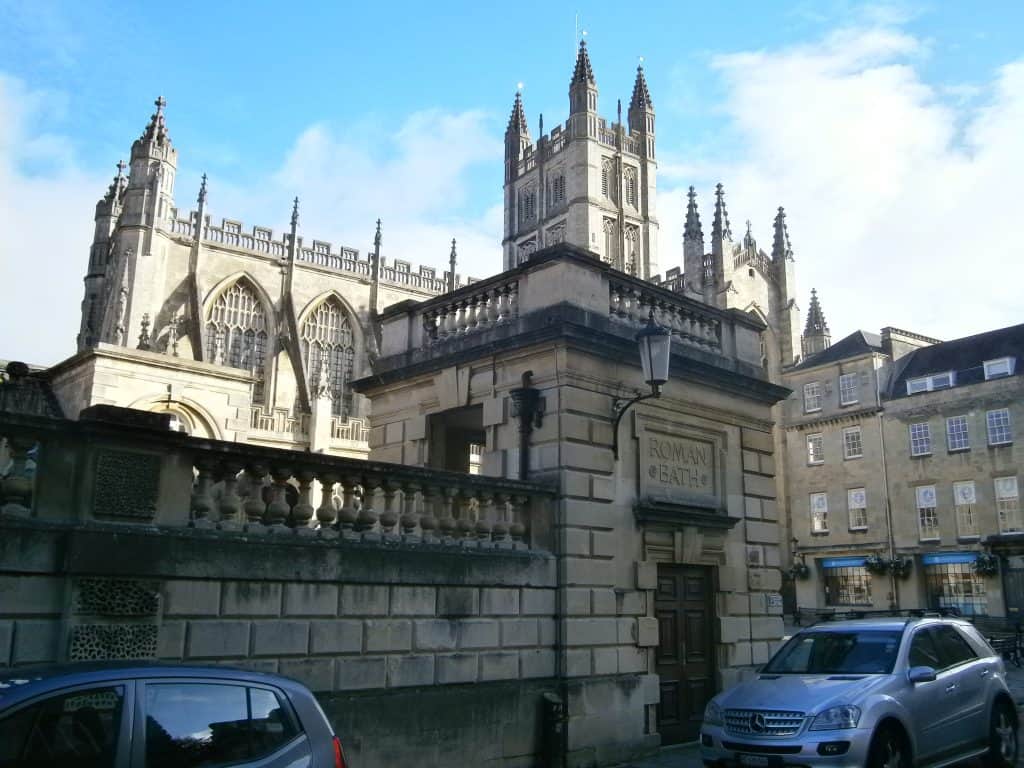 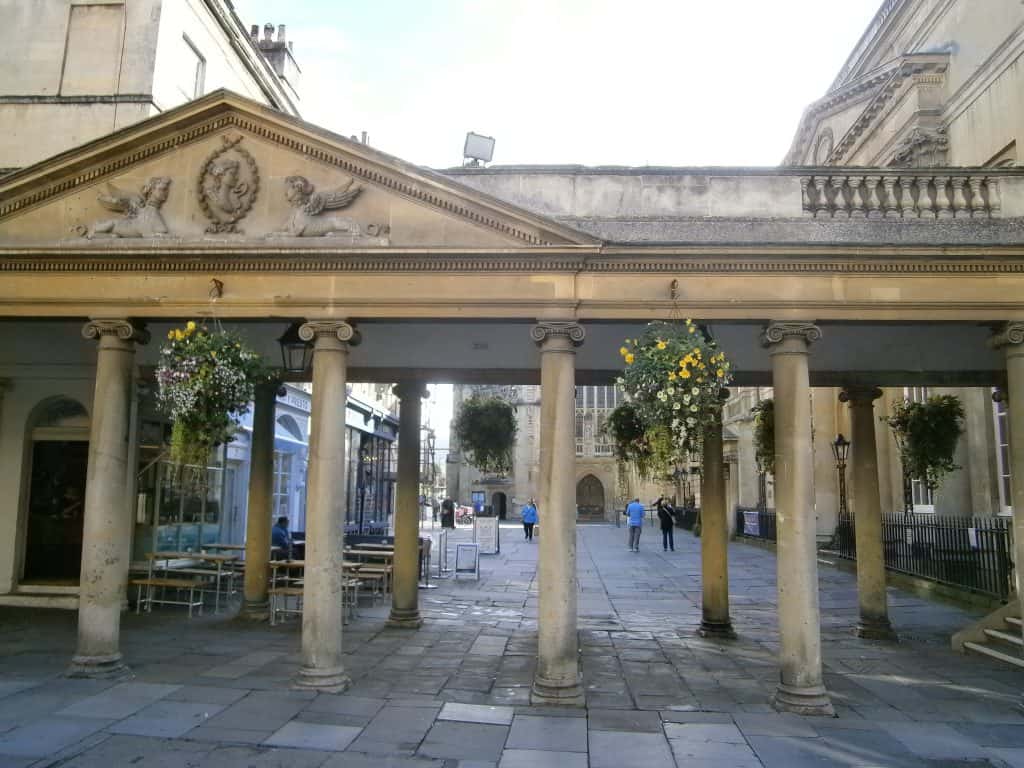 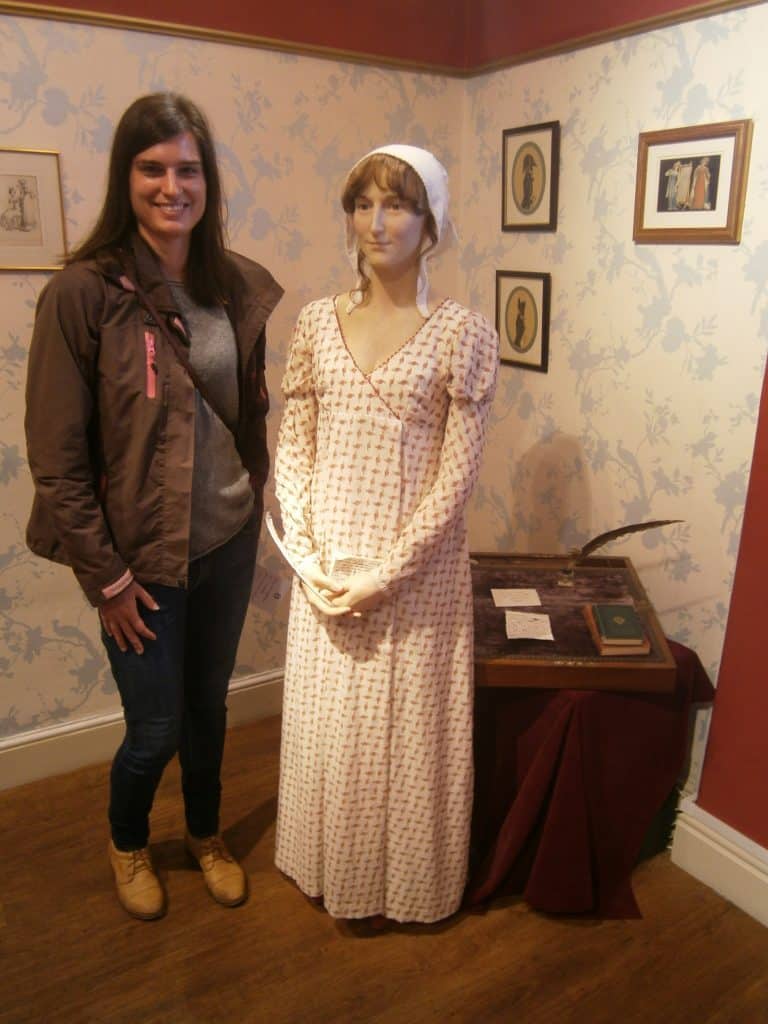 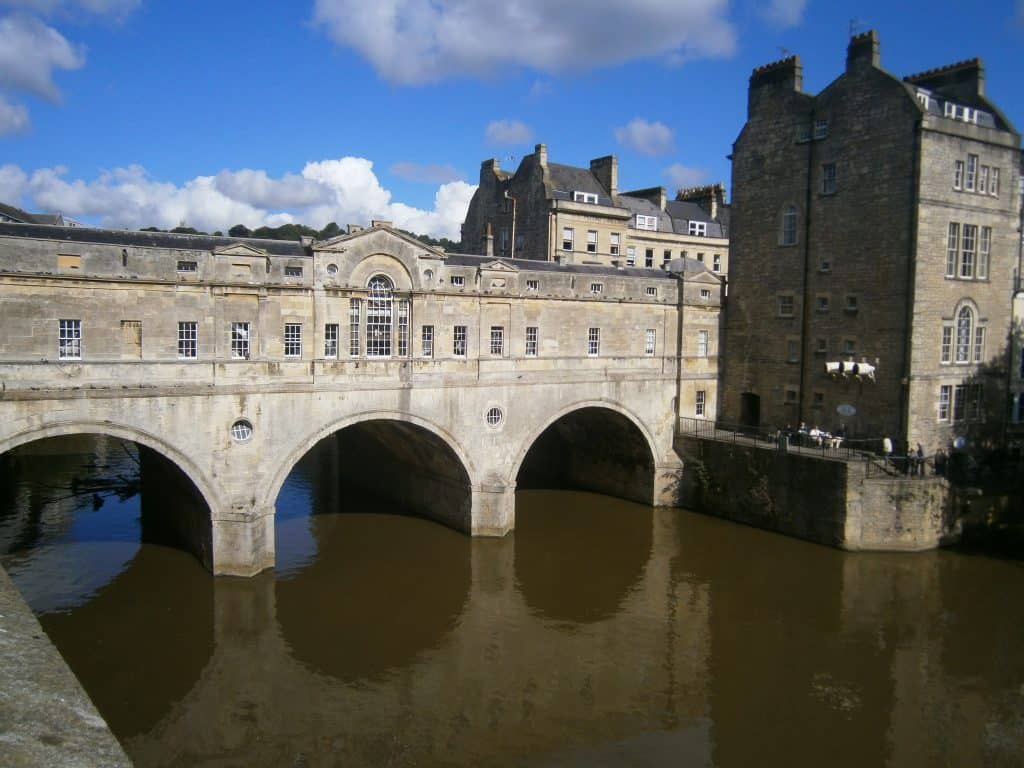 Before arriving back in London, we had one very last stop that delighted the hearts of all the fangirls (and fanboys) in the group. Lacock Village is the place where they filmed Godric’s Hollow and the Riddle House in the Harry Potter movies! Oh, and if that’s not enough, it serves the best ice cream in the world of Cornwall, at least according to Ed. No wonder the Potters chose this place as their home… 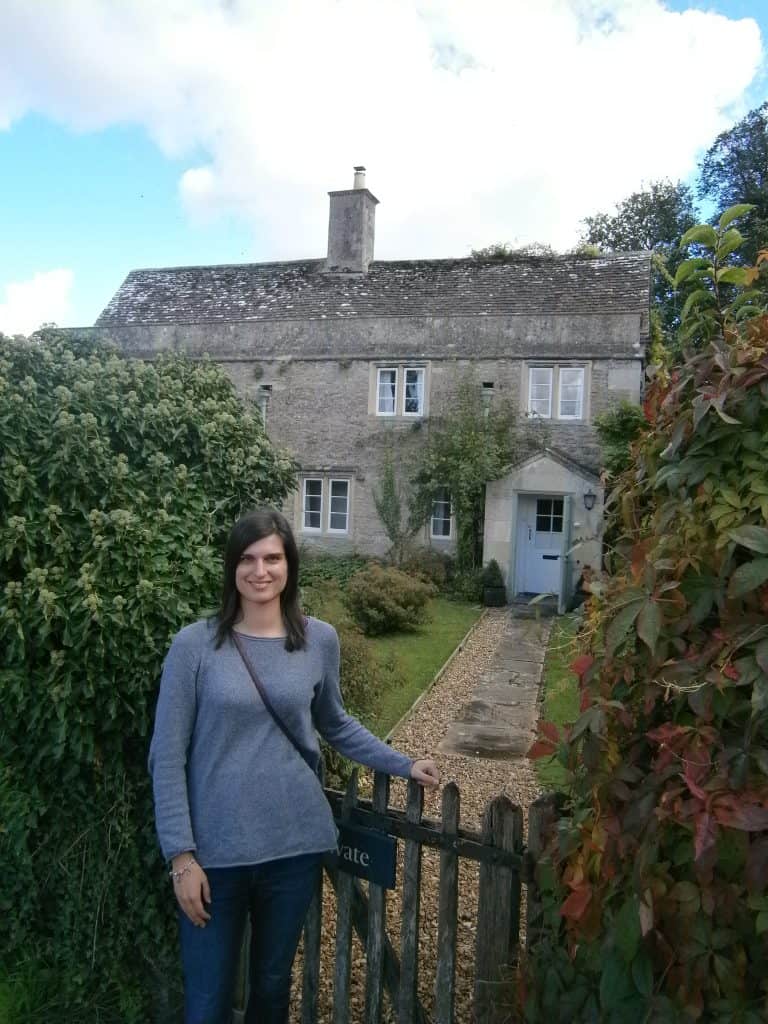 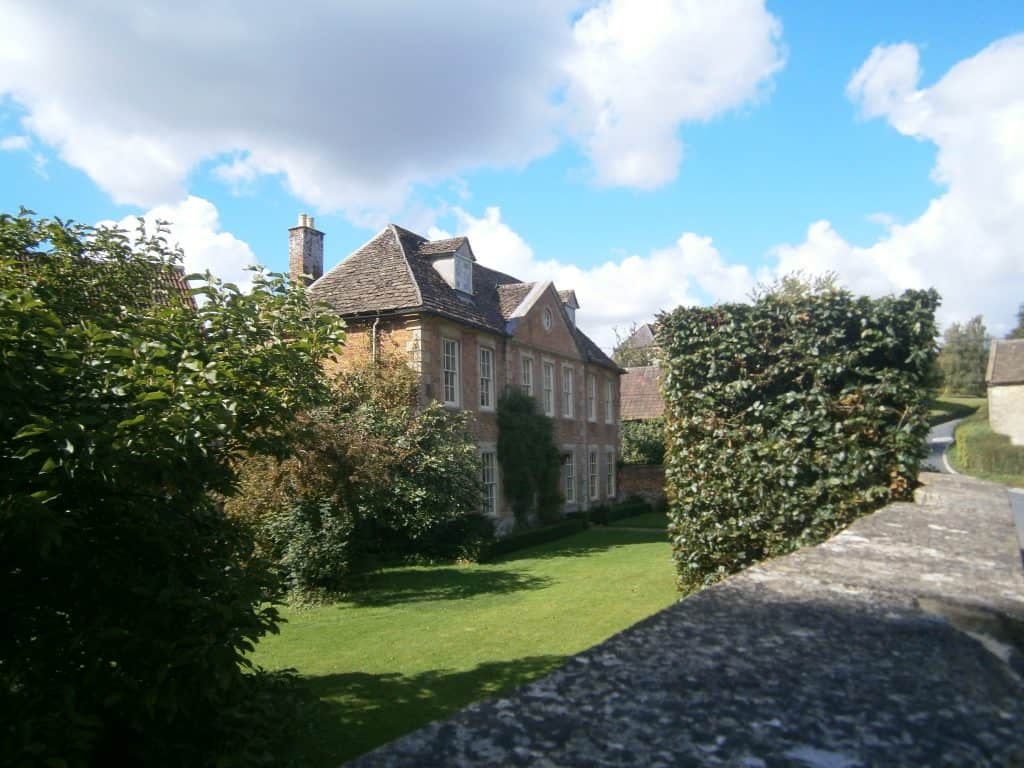 Finally, it was time to leave the countryside with all its legends and literary connections behind and return to London. I’ll never forget this magical trip! England truly has much more to offer than just London.

Have you been to South West England? What were your highlights? If you haven’t been, would you like to? Share in the comments! 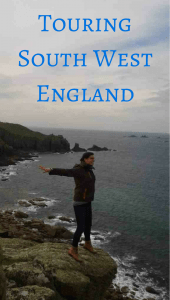