Warning: Parameter 2 to wp_hide_post_Public::query_posts_join() expected to be a reference, value given in /home/customer/www/globalintrovert.com/public_html/wp-includes/class-wp-hook.php on line 292
 How do you find the courage to travel? Global Introvert Skip to content

How do you find the courage to travel?

I have never thought of myself as a very courageous person. On the contrary, there are heaps of things that I’m scared of, that make me so nervous I just want to hide away or become invisible. I’m an introvert and naturally shy. I don’t feel confident in a lot of social situations. I’m nervous about approaching people, and about speaking in front of groups. I get stomach aches every time I need to make a phone call. And these are only some examples. If I listed all my fears you would wonder how I ever make it out of the house.

And yet, I have travelled around the world, sometimes on my own. I had to overcome a lot of those fears to be able to do that. In the course of my travels, I made friends with strangers from all over the world and spent the evenings sitting around campfires with them, even though I’m usually paranoid about fire. Seriously, I don’t even have candles in my apartment. I explored Australia, a country notoriously known for its abundance of huge poisonous spiders, despite being creeped out by them more than any other animal.

The weird thing is that I never thought any of this made me very courageous. It wasn’t until other people started to remark on the courage I have to travel that I began to think differently. 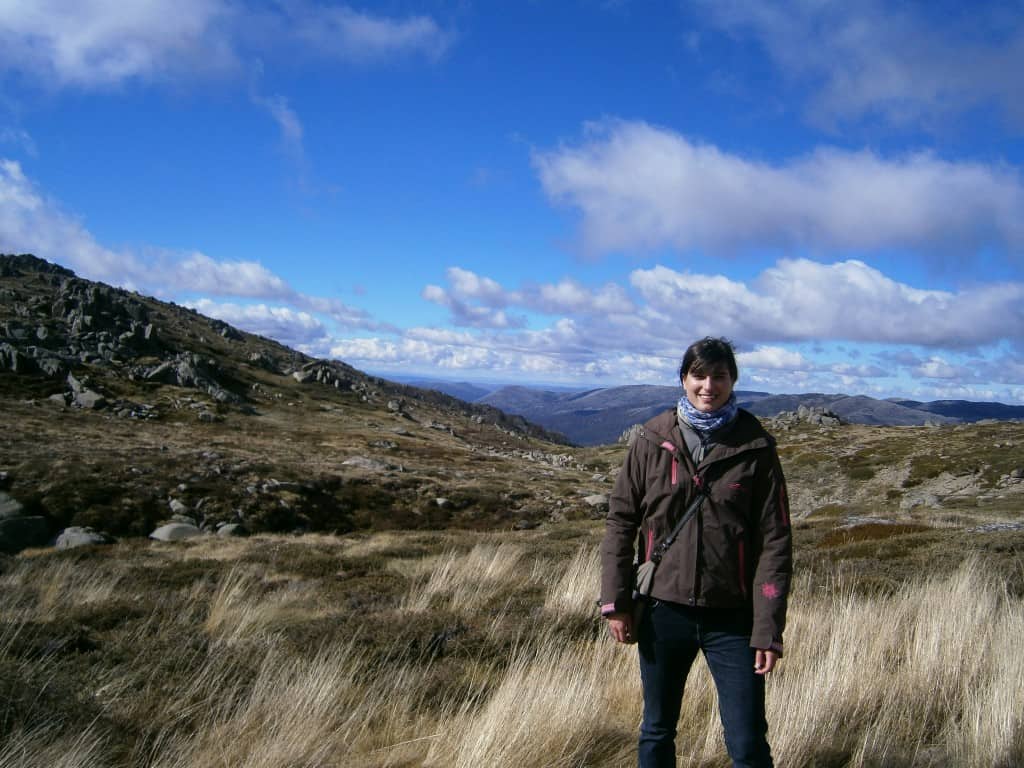 Don’t you need courage to travel the world?

I remember talking to a fellow German backpacker while picking strawberries on a farm in Bundaberg, Australia. I mentioned that I had been extremely shy as a teenager, and am still introverted today. He didn’t believe me. Pointing out that I was just at that moment travelling a foreign country all on my own, he said that I couldn’t possibly be shy. Additionally, I had told him before I do theatre, and people who stand on a stage did not meet his idea of introversion.

At first, this opinion confused me, because the image I had of myself was much more cowardly. I thought he must be wrong. He simply didn’t know me well enough to be aware how much I was lacking in courage.

Only when I kept hearing the same thing from other people, including some that do indeed know me very well, I started questioning this image I had of myself. At one point I told a very good friend of mine that I’m travelling to Barcelona all on my own. She asked whether I wasn’t scared of doing that, and I said no. Her reaction: “You’re never afraid”. And she is someone who knows about most of my fears and my social awkwardness. 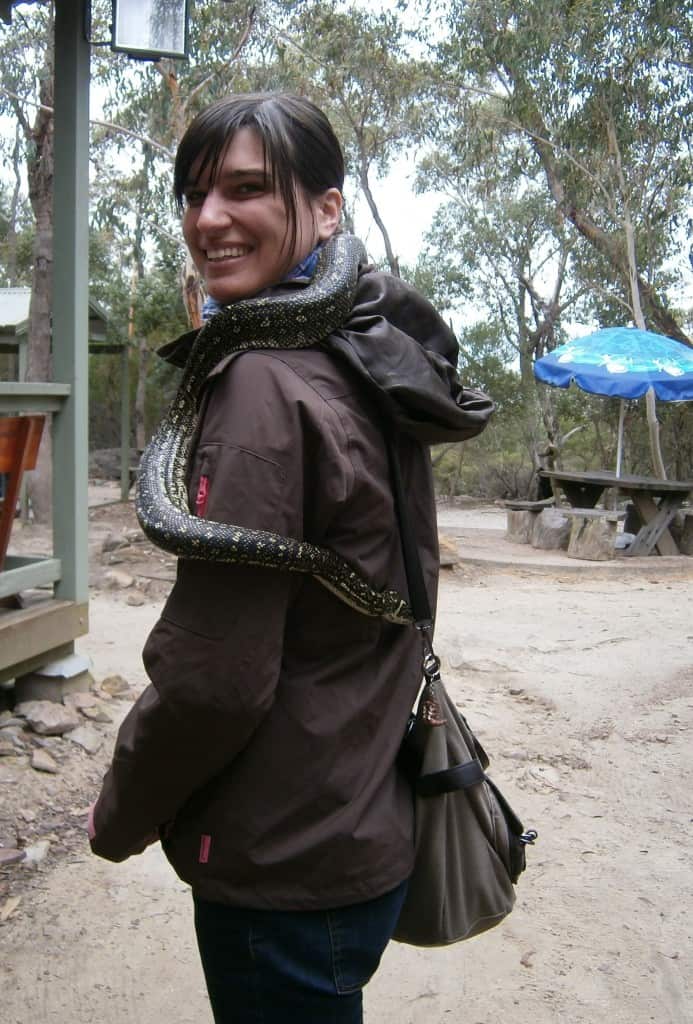 Courage can look different to everyone

I realised that these people have a point. There are things I do that others may regard as scary, yet they do not frighten me at all. One of those situations is travelling solo, whether it be a few days in Barcelona or a few months at the other end of the world. There are other occasions too that I could list, like being on stage. But it’s my courage to travel, especially alone and to far-off places, that seems to make most people think that I must be very adventurous and fearless.

So maybe it is not the people calling me courageous who are wrong, but my own perception of myself. I never conceived myself as very brave, for the simple reason that the things I do don’t seem scary to me. That doesn’t mean I don’t get nervous when I’m about to start a trip, but the excitement about what is to come by far outweighs everything else. It took a lot of conversations with other people to make me realise how much courage some of these activities really take. Before that, because of my shyness, I always automatically thought of myself as something of a coward. And don’t get me wrong, I most certainly am an introvert. But meeting other people who say they are too scared to do what I’m doing helped acknowledge those more adventurous sides of me. 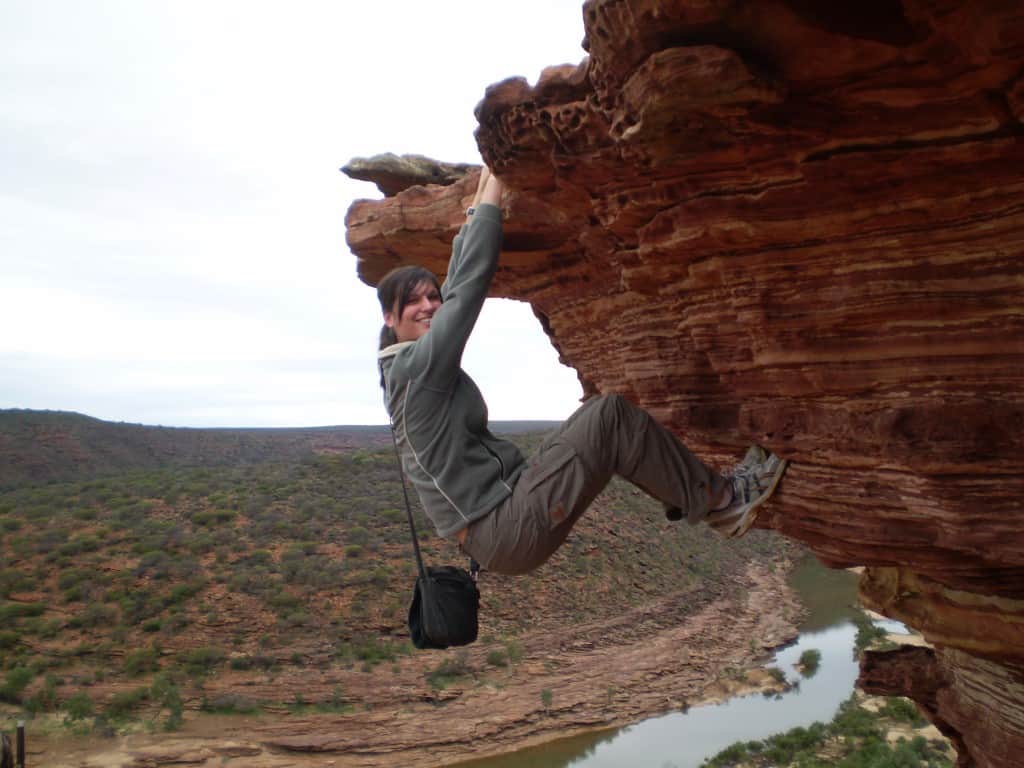 Be courageous in your own way

I still don’t think of myself as an extraordinarily courageous person. There are way too many things that scare the hell out of me. But it’s possible to be courageous in some things, and cowardly in others. Both should be appreciated.

Next time someone tells you that they think you’re courageous, don’t assume they don’t know better. Try to listen. Maybe they see something in you that you never noticed yourself because they see you from a different perspective. Once you start acknowledging your courage in some things, it may give you the boost you need to also be brave in others. That’s how I find the courage to do the things I love: travelling the world as much and as often as possible.

Has anyone ever surprised you by calling you courageous? How do you estimate your own courage? Are you like me and only have courage when it comes to travel? Share in the comments! 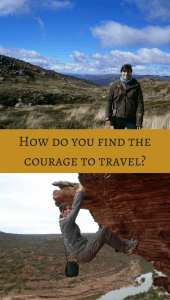