How to survive La Paz as an introvert

La Paz was my first stop in Bolivia, and man was it a change. Up until then, I had only been to Chile, which has the reputation of being one of the most European countries in South America. I’m not saying there are no cultural differences between Chile and Germany, of course, there are. But compared to Bolivia, Chile truly is very easy to adapt to. La Paz, on the other hand, is in a league of its own. The culture is perceptively different and the lifestyle of the Bolivians is thrown upon you at every corner in La Paz. How do you survive that as an introvert without going insane or suffer from one introvert hangover after the other? Is it even worth putting up with this or should you just skip La Paz completely? Let me tell you how it worked out for me. 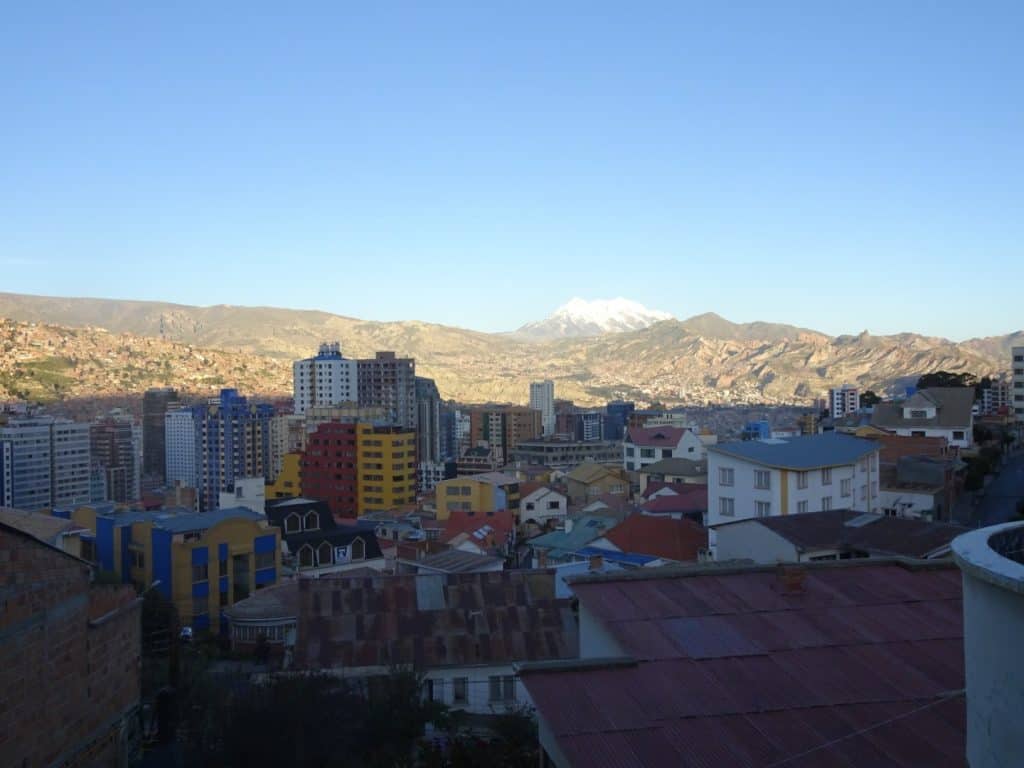 First of all, let me say I did not feel very well during my time in La Paz. I still struggled to get used to the altitude. I got digestion problems (as, apparently, do many travellers in Bolivia, even when they never had problems in other parts of South America). On top of everything, I got a cold – which, according to one tour agent in La Paz, also happens to everyone in that city (so consider yourselves warned). And, I had a lot of work during the few days I was there and had to go on very little sleep if I wanted to be able to do at least some sightseeing. As you can imagine, my energy levels weren’t great.

And yet, I thoroughly enjoyed La Paz. I was fascinated by its culture, its history, its lifestyle. I never got tired of exploring it, even if I could hardly walk anymore for exhaustion. So what makes La Paz so fascinating? 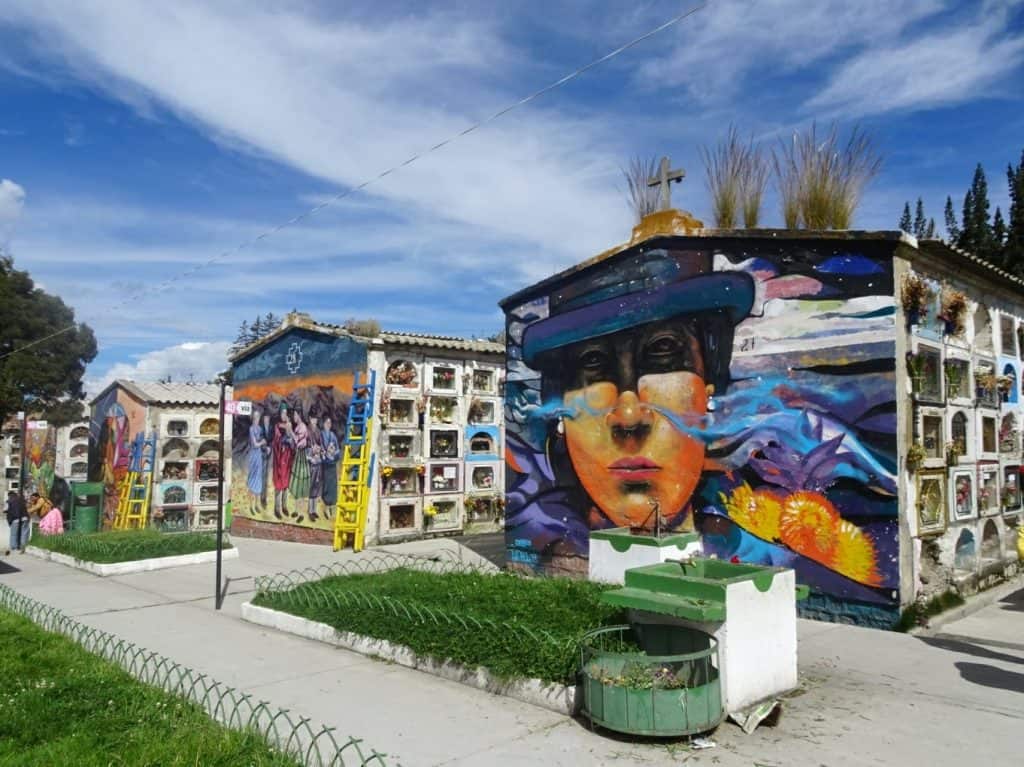 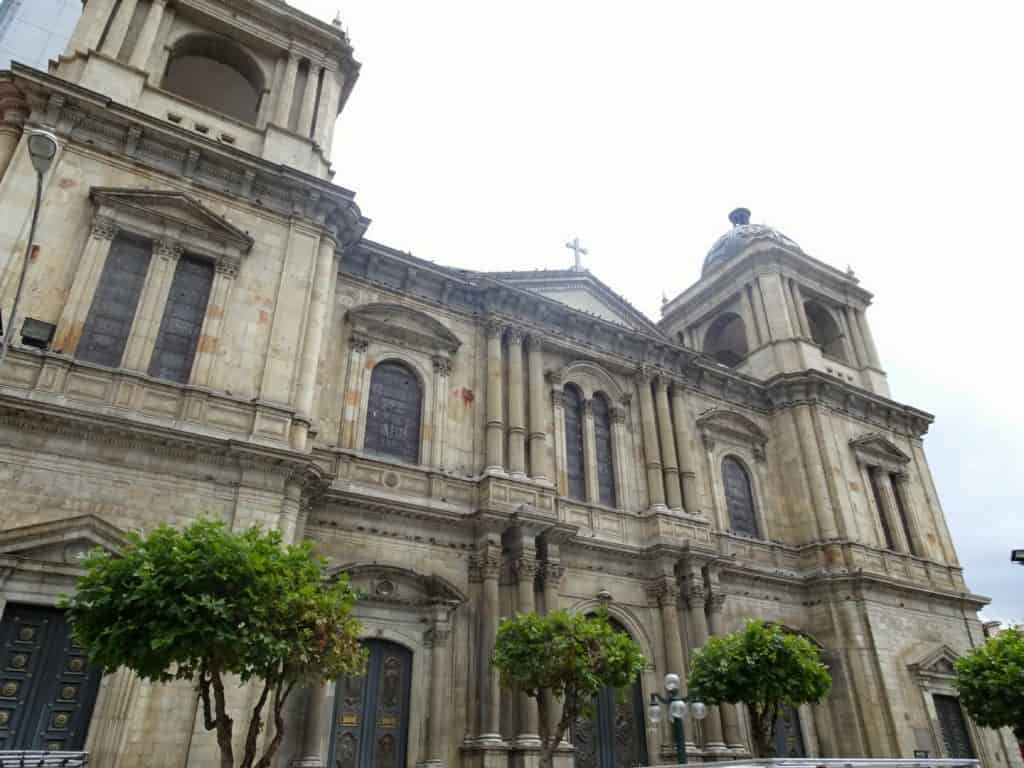 The dangers and the crowds (sometimes the same thing)

The first thing I noticed when I arrived was the traffic. It is absolute chaos. Crossing the street in La Paz is probably the most dangerous thing I ever did on my South America trip. Traffic rules are virtually non-existent and your only chance to get to the other side alive is to take advantage of the fact that traffic in the city centre is at a standstill more often than not, so you can weave your ways through the cars. Unsurprisingly, there are loads of people as well, and it is no secret that introverts don’t always deal well with crowds. In La Paz, people are everywhere.

In this context, though, I should probably point out I’m in general a city person. Not that I don’t like nature, on the contrary. But I could live in the middle of nowhere forever. I grew up in a city and I wouldn’t want to miss out on all it has to offer. Thus, I’m not that easily bothered by the crowds of popular cities or put off by their anonymity. I actually quite like that anonymity. It’s how I survive those crowds as a socially anxious introvert. This is certainly something you can apply to La Paz as well.

Otherwise, it helps to find places occasionally where you can have a bit of peace. Why not take a ride on one of La Paz’s many telefericos and see the city from above rather than being in the middle of it? Or check out one of its many museums. I really enjoyed the Museum of Ethnography and Folklore. Or maybe try the Museum of Musical Instruments of the Museo de Coca? There really are enough opportunities to get away from the hustle for a bit and still seeing something of the city in the process. 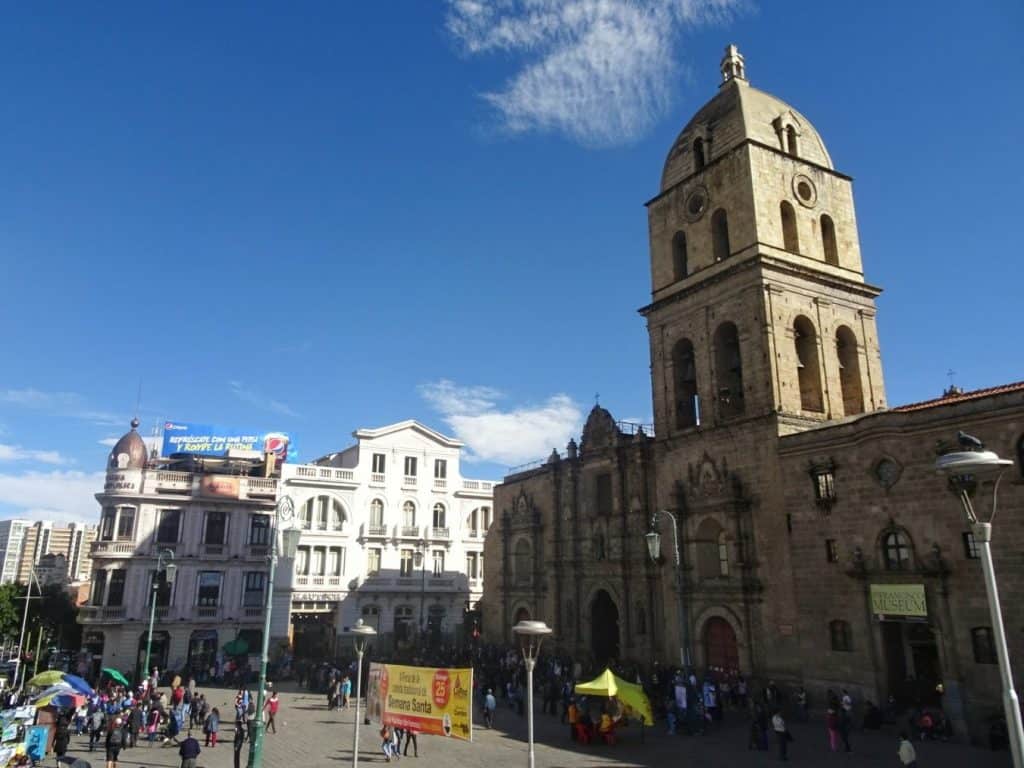 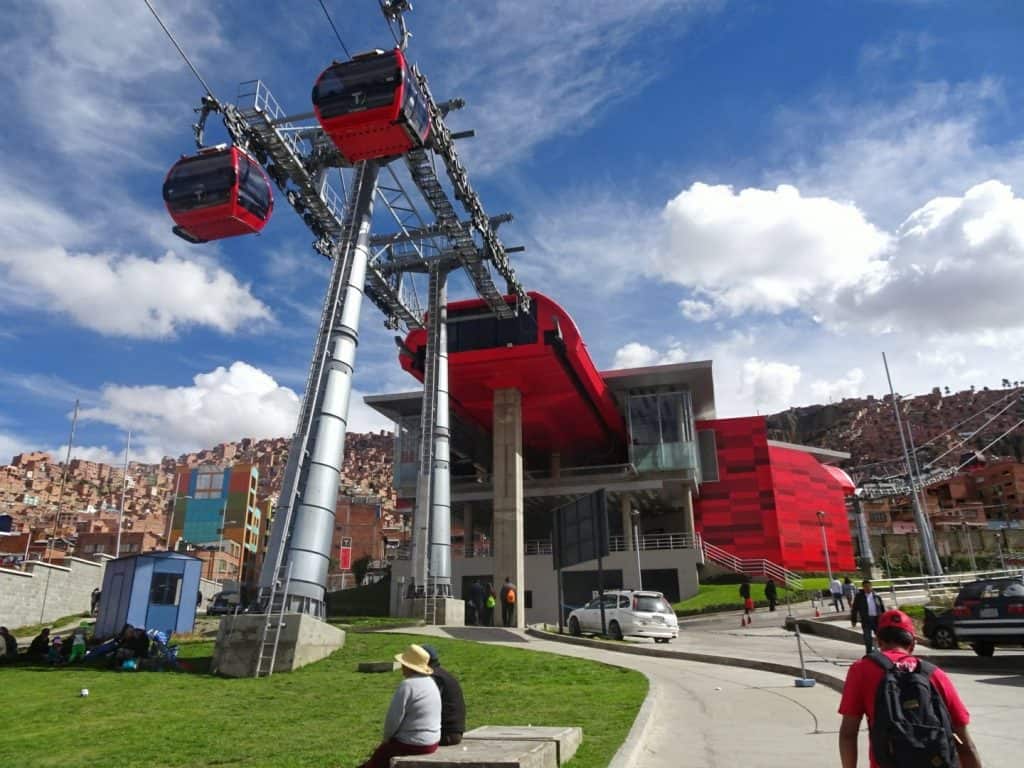 Know your limits and get out of town if necessary

There certainly were some points in La Paz that stretched me. On a walking tour I took through El Alto, the higher and poorer part of the city, we also visited the (in)famous Sunday market. It’s huge, extending over almost the entire district, and it’s absolutely crazy. I know many travellers visit it and enjoy it too, but I felt overwhelmed. Just walking through without stopping was kind of okay, but I had no desire coming back here on my own. But then, I don’t have to. It’s always best to stick to the places where you feel safe and comfortable, even if it means missing out on a supposed must-see.

If La Paz still gets too overwhelming, there’s also plenty of ways to get a break from it. Sitting right in the Andes, there’s a whole lot of beautiful places around it you can visit for a day trip. Want to go hiking the Andes? Climb a volcano? Visit a cute little mountain town? All possible in La Paz.

Personally, I opted for a tour to Tiwanaku, the ruins of an ancient civilization predating the Incas. As I did it as an organized day trip I wasn’t exactly away from people, but it was a change of scenery and took me out of the city for a day. Not to mention that Tiwanaku was fascinating all on its own! After strolling through the ruins themselves, we visited the two museums on the site, only interrupted by a shared lunch where I tasted llama meat for the first time. It’s quite delicious! 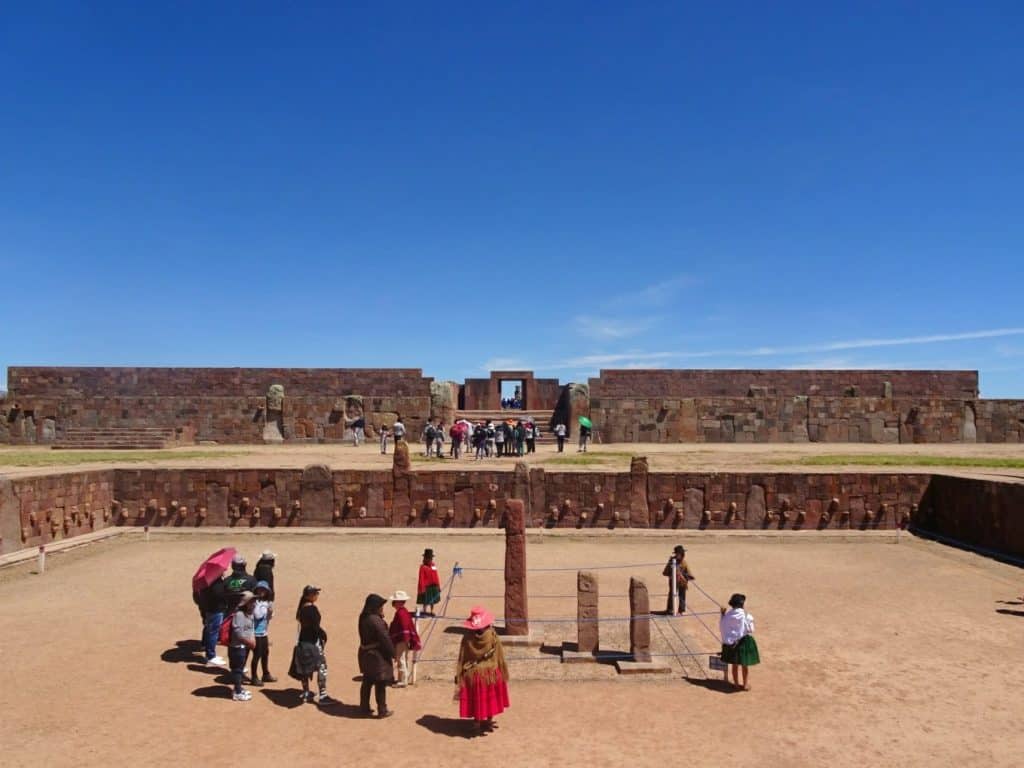 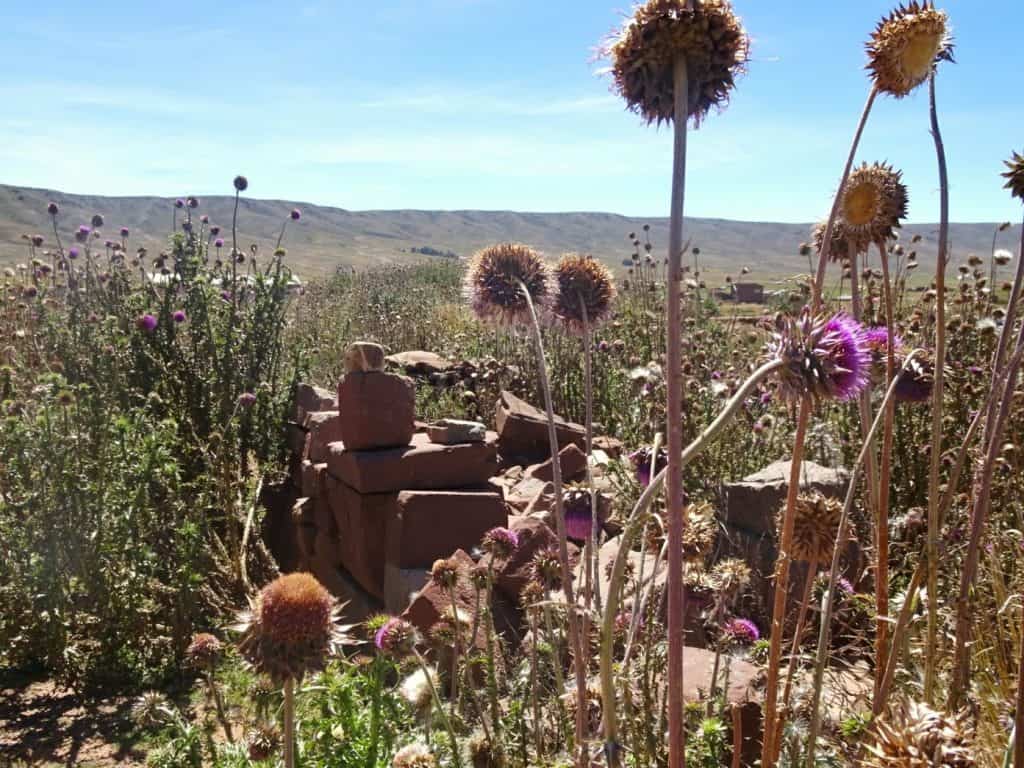 La Paz can be demanding, even without altitude sickness and sleep deprivation. But it is also a fascinating cultural experience and unlike any other city, I have visited either in South America or anywhere else. Some places are worth the struggle! 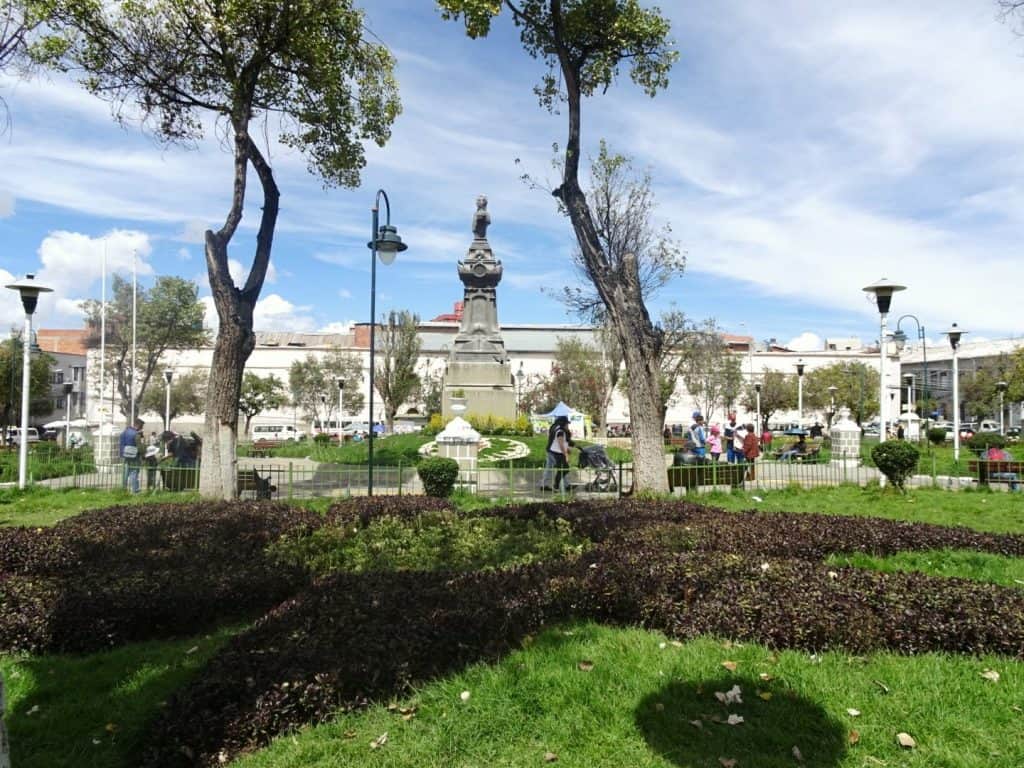 Have you been to La Paz? How did you like it? Did you find it stressful and if so, did you find ways to deal with that? Share in the comments! 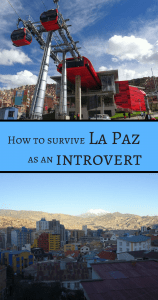