Warning: Parameter 2 to wp_hide_post_Public::query_posts_join() expected to be a reference, value given in /home/customer/www/globalintrovert.com/public_html/wp-includes/class-wp-hook.php on line 292
 The first days of spring in Brussels • Global Introvert Skip to content

The first days of spring in Brussels

The last time I was in Belgium was about twenty years ago. This May, I got the chance to refresh my memories by visiting Brussels. To make the occasion even more inviting, my visit coincided with this year’s first days of proper spring. Think sun, blue skies, and temperatures finally rising to over 20°C. Perfect weather for a long weekend away.

The opportunity for this trip came through my theatre group, the Hamburg Players. We regularly participate in an annual theatre festival called FEATS, that takes place in varying locations across Europe. It goes over four evenings, which meant four days in Brussels with lots of time to explore the city each day before the shows started. 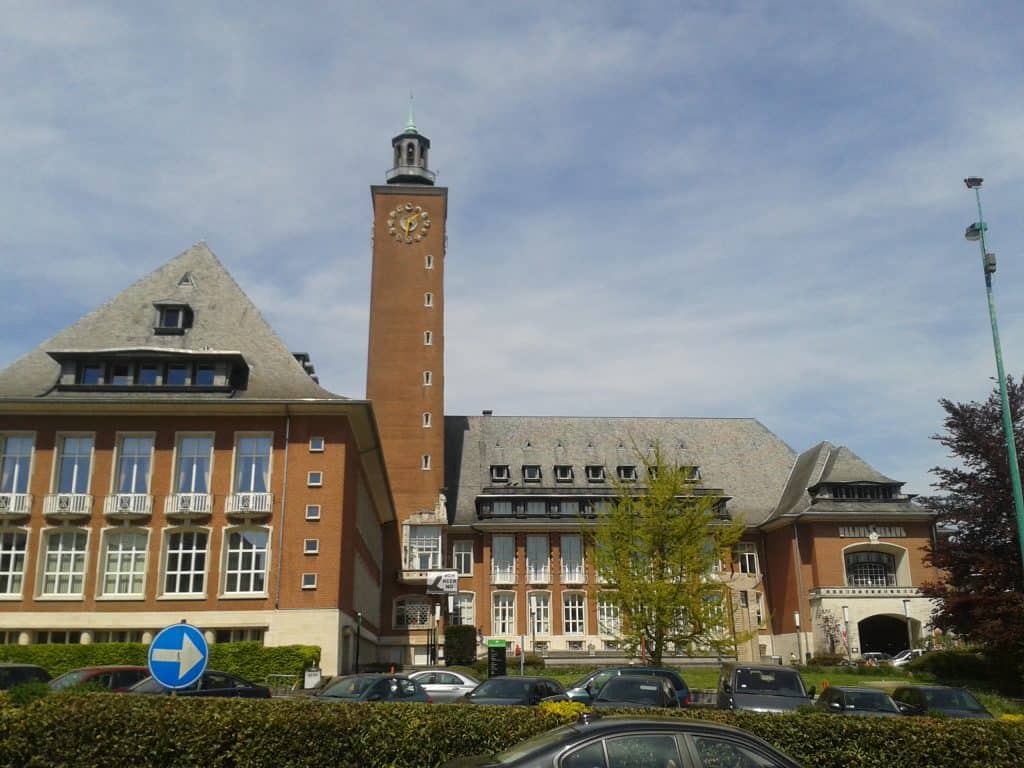 I stayed in a little hotel, fittingly called Theater Hotel, together with my sister (another theatre devotee) and her husband. We were within walking distance of the city centre; the perfect base to go sightseeing. The only thing I could remember from my first visit in Brussels was Manneken Pis, wearing some kind of pink outfit. It was high time to find out what else the city had to offer. Turns out, there’s a lot. We strolled past historical buildings, gold-covered fassades, and comic-inspired street art around every corner. 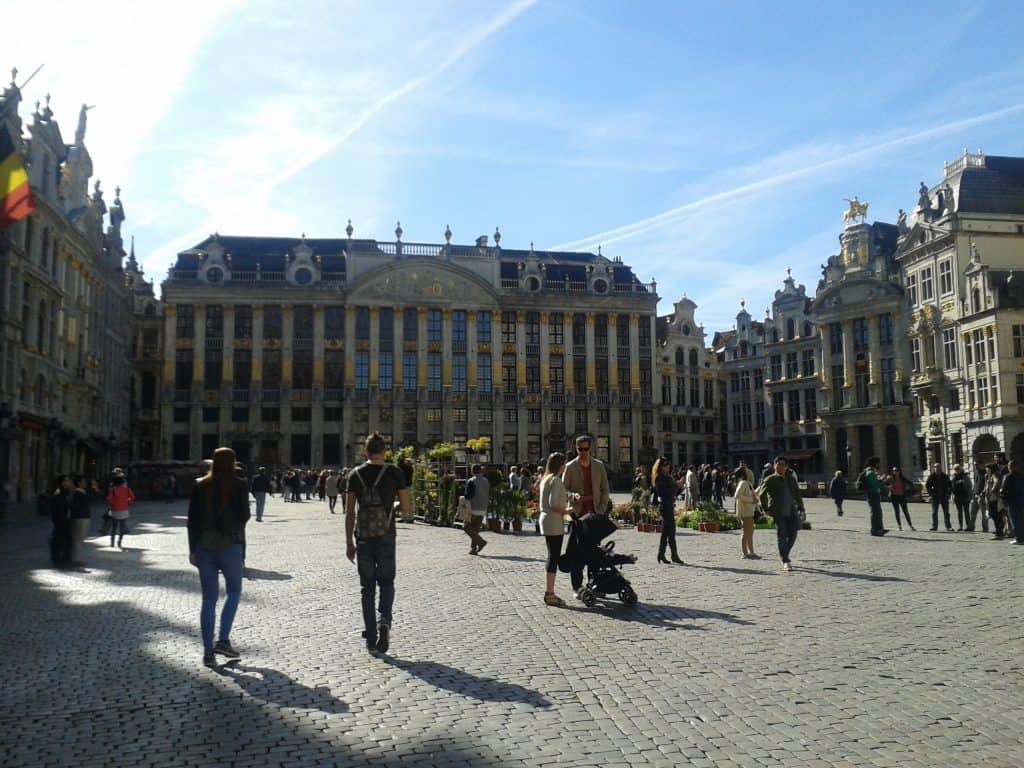 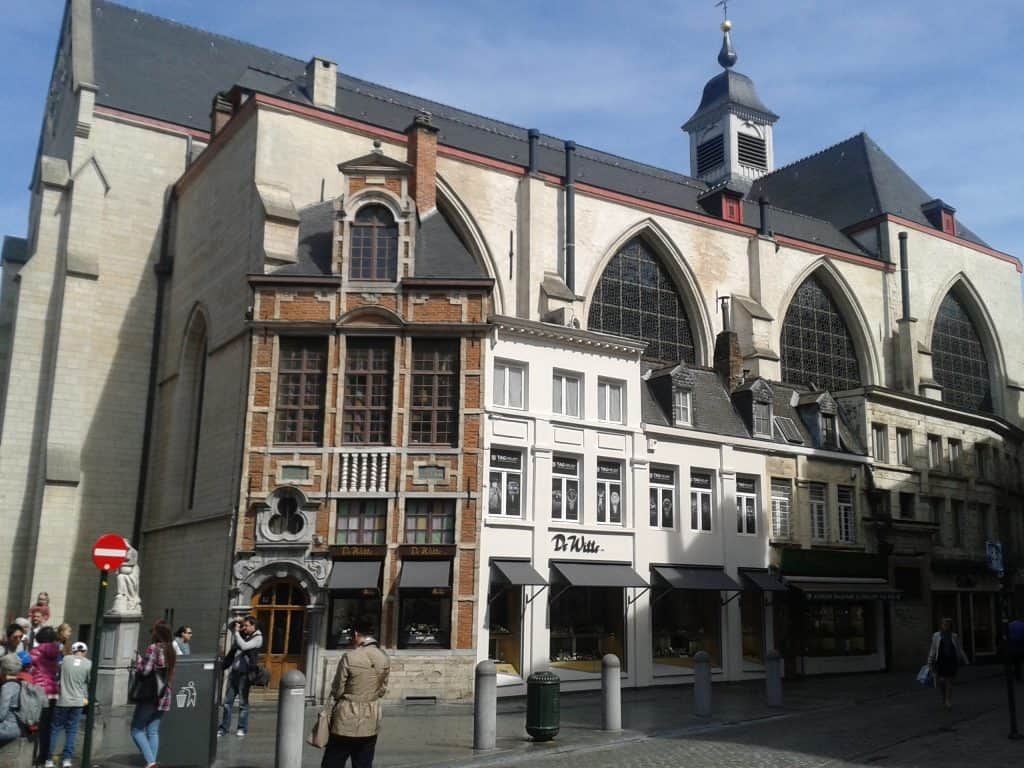 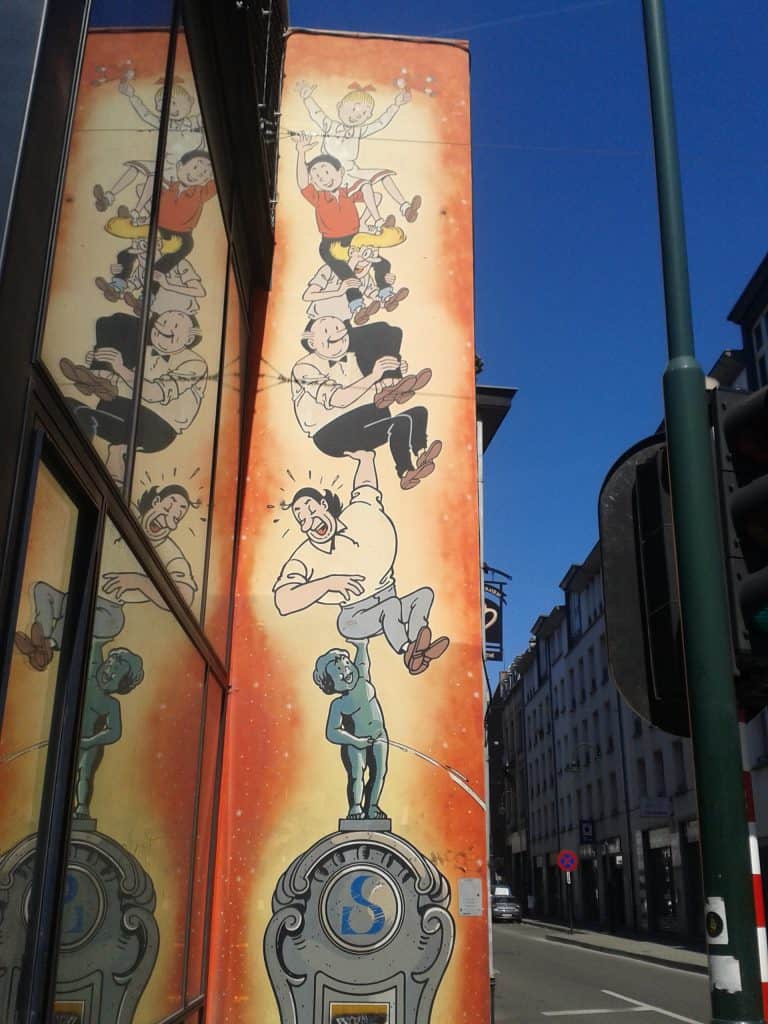 There was, of course, a reunion with Manneken Pis. This time he was in some kind of traditional guard uniform. When we came back the next day, however, he was done with his modesty and showed himself uncovered by any costumes. 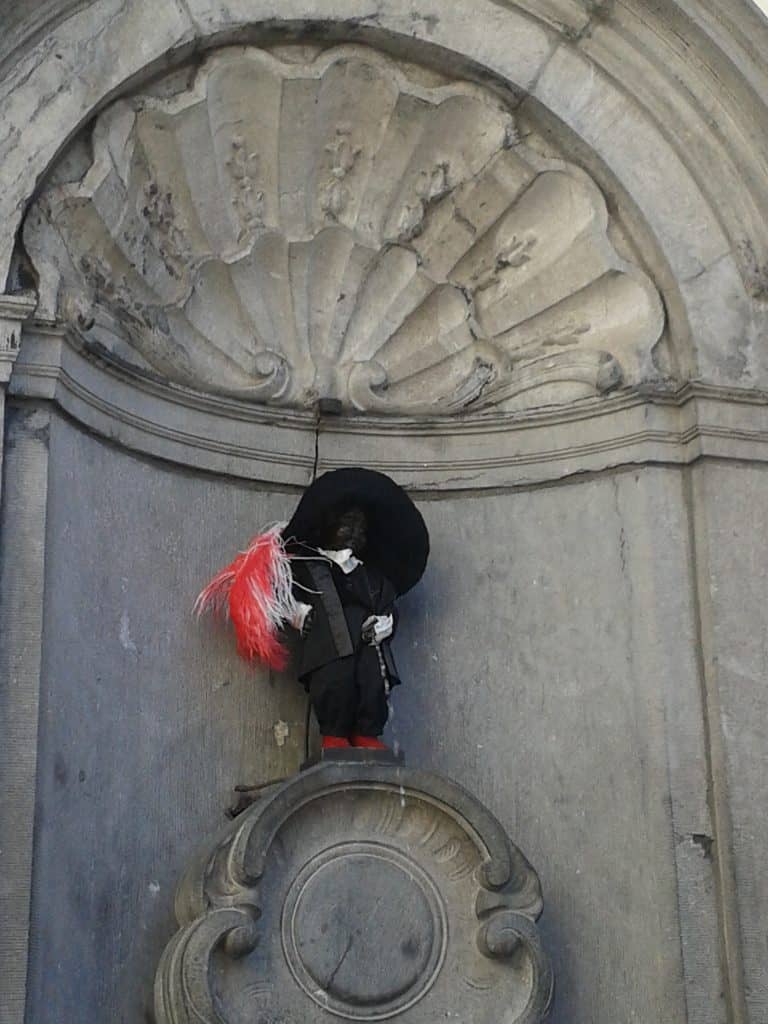 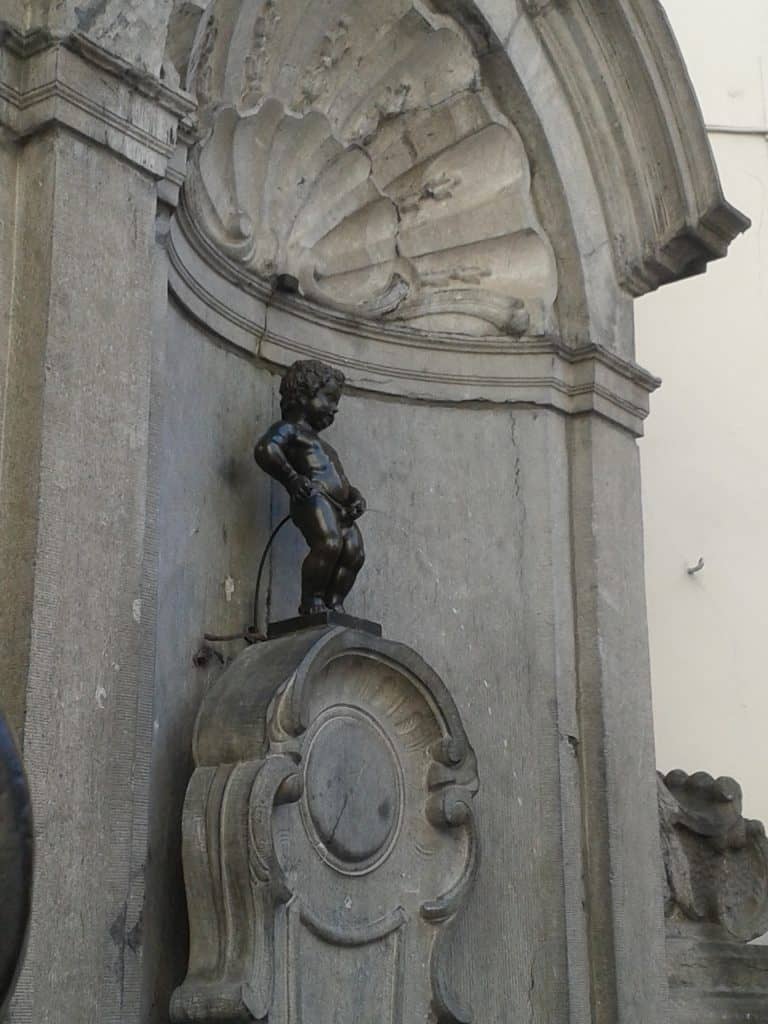 Another landmark of the city is the Atomium. If you go inside it starts with an elevator ride to the highest point where you enjoy beautiful views of the city. After that, you wind your way through several other parts, which are connected with some of the longest escalators in Europe. First, there’s an exhibition about the World Fair in Brussels in 1958, for which the Atomium was built, before you move on to rooms with light shows and funky art installations. They made me feel like I’m in a spaceship. Okay, maybe one with somewhat outdated looking technology. But still, spaceships are always cool, right? 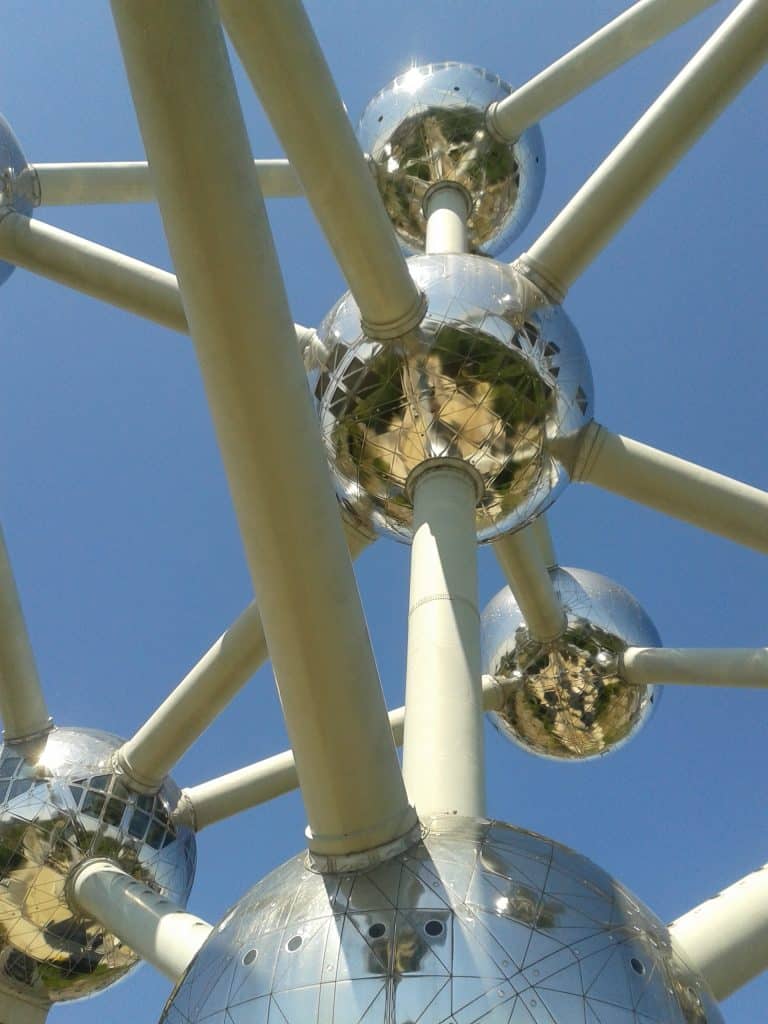 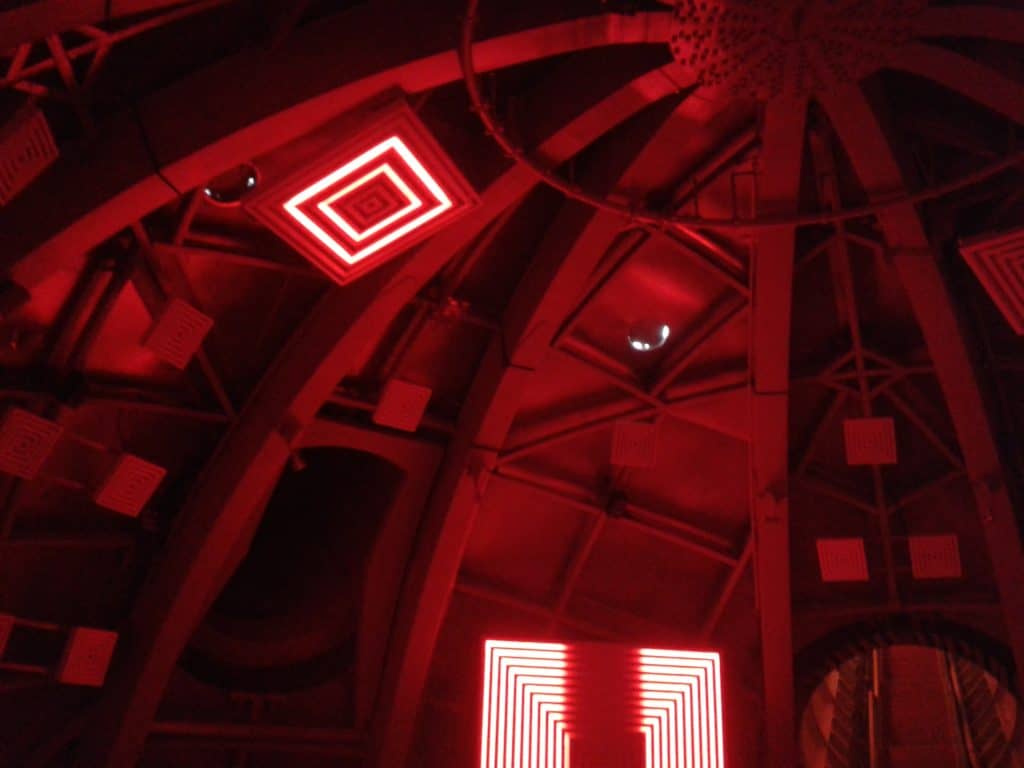 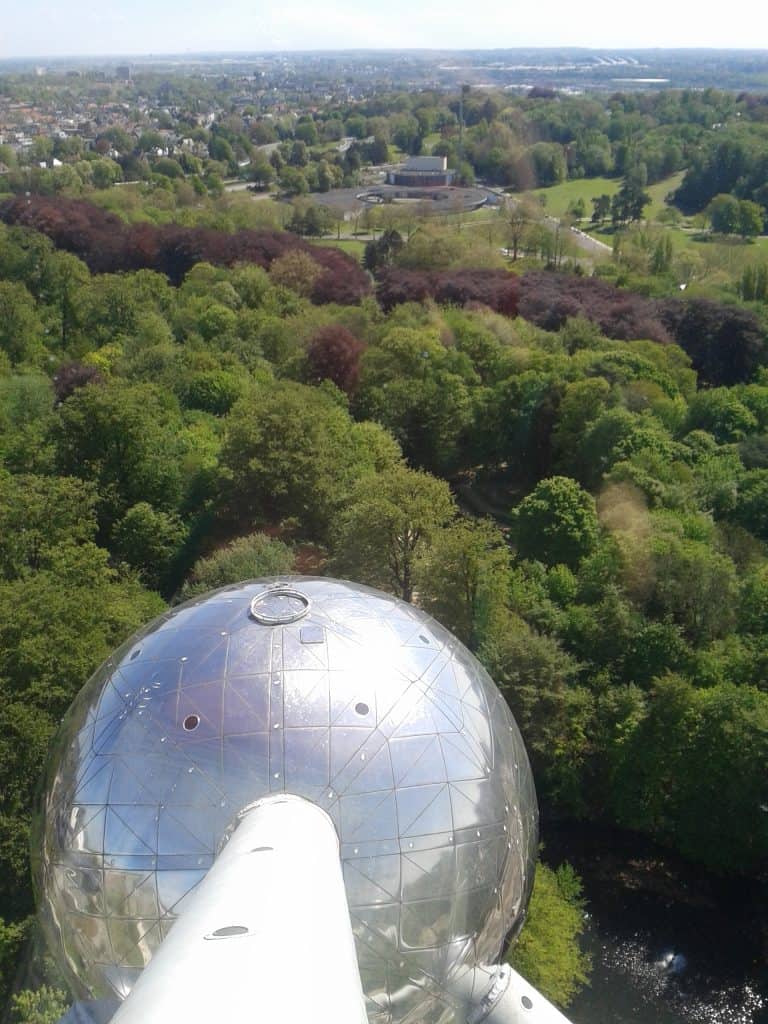 The other thing Brussels is known for is as the seat of the EU. The European Parliament has an info centre telling you everything you ever wanted to know (and more) about the history and work of the European Union. The exhibition is very multi-media and interactive in an attempt to make it interesting. I would say it some areas that were more successful than in others. It’s free of charge though, so feel free to explore it if you’re in Brussels with some spare time on your hands. 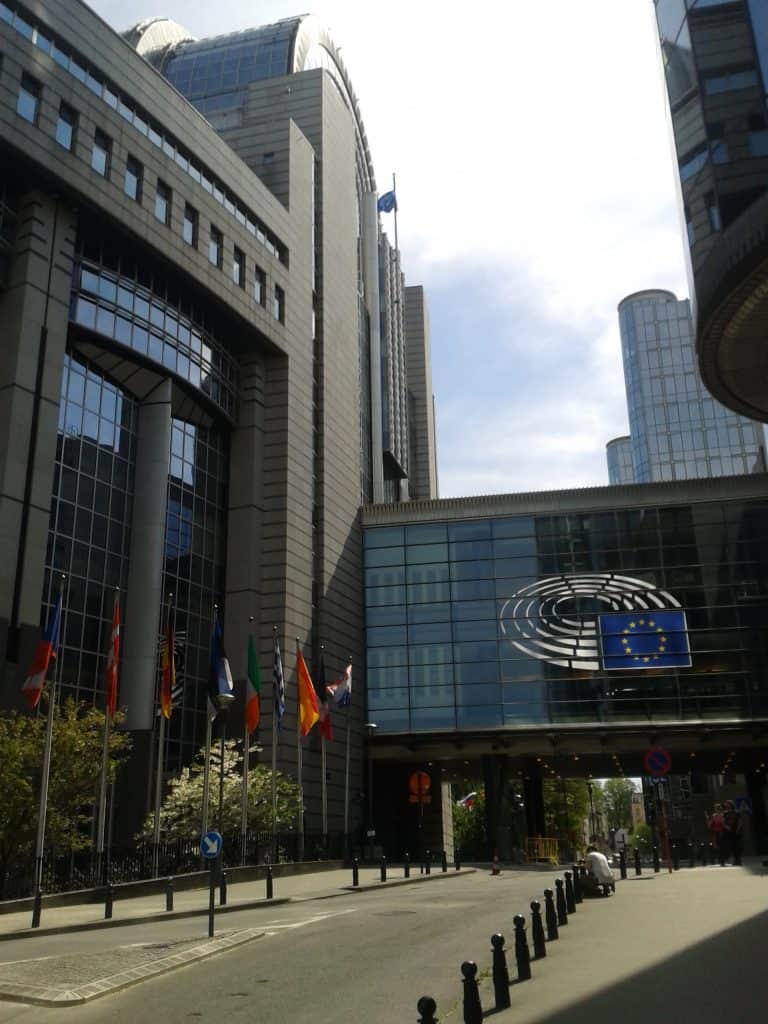 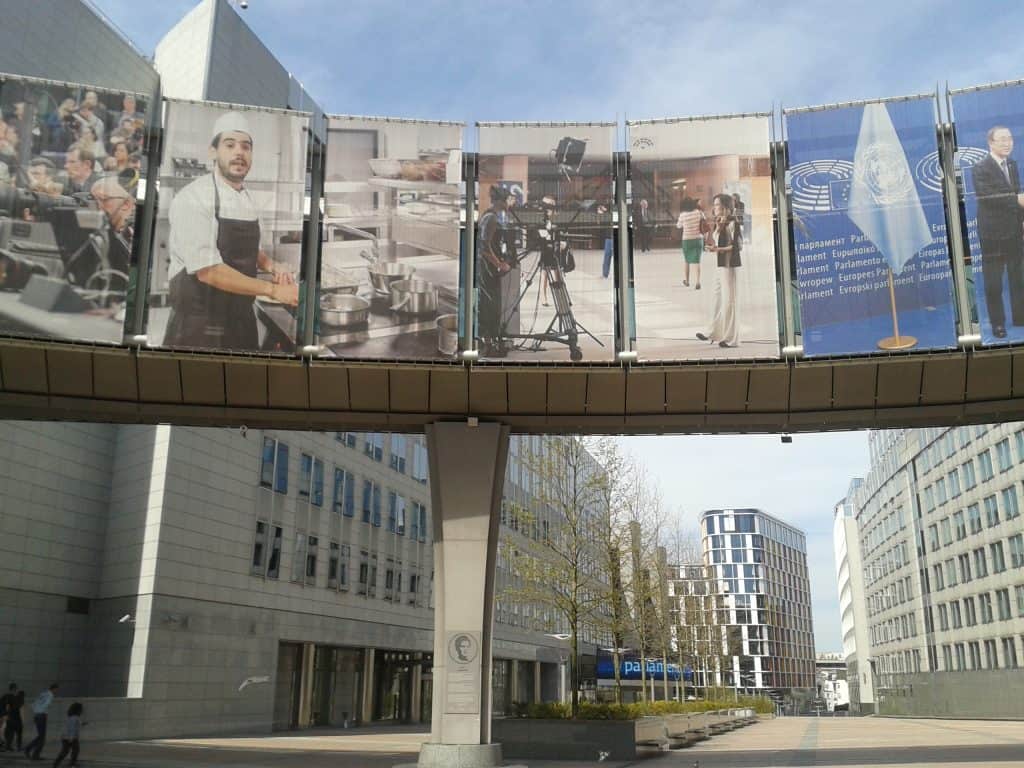 After covering the famous sights there was enough time left to simply chill and enjoy the sun. I was positively surprised by the high number of parks. Tourists and locals alike were assembling in the city’s green spaces to enjoy the first days of spring. Despite these many people, the parks didn’t feel too crowded. There is enough room for everyone to spread out. Some days we would get a takeaway lunch and pick a shady spot on the grass to consume it. Twice that lunch consisted of chips from Maison Antoine, a kiosk in the European quarter. Not enough that chips from Belgium are famous, these particular ones have been rewarded for being the best in the world! Obviously, we had to try them. They were delicious! 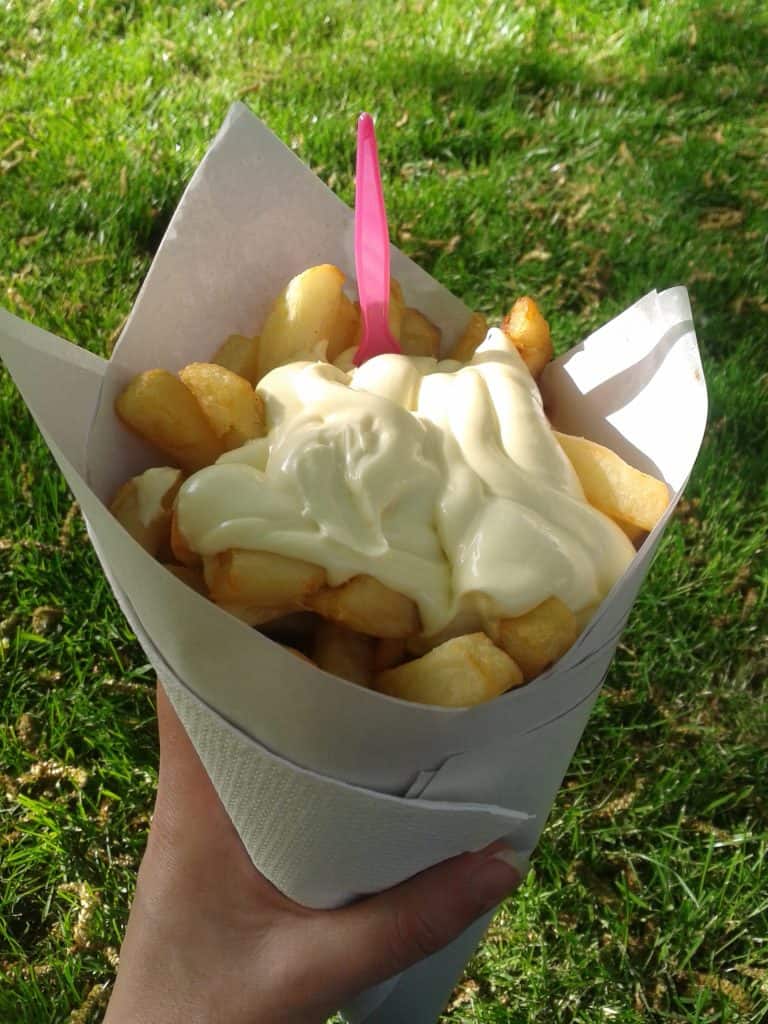 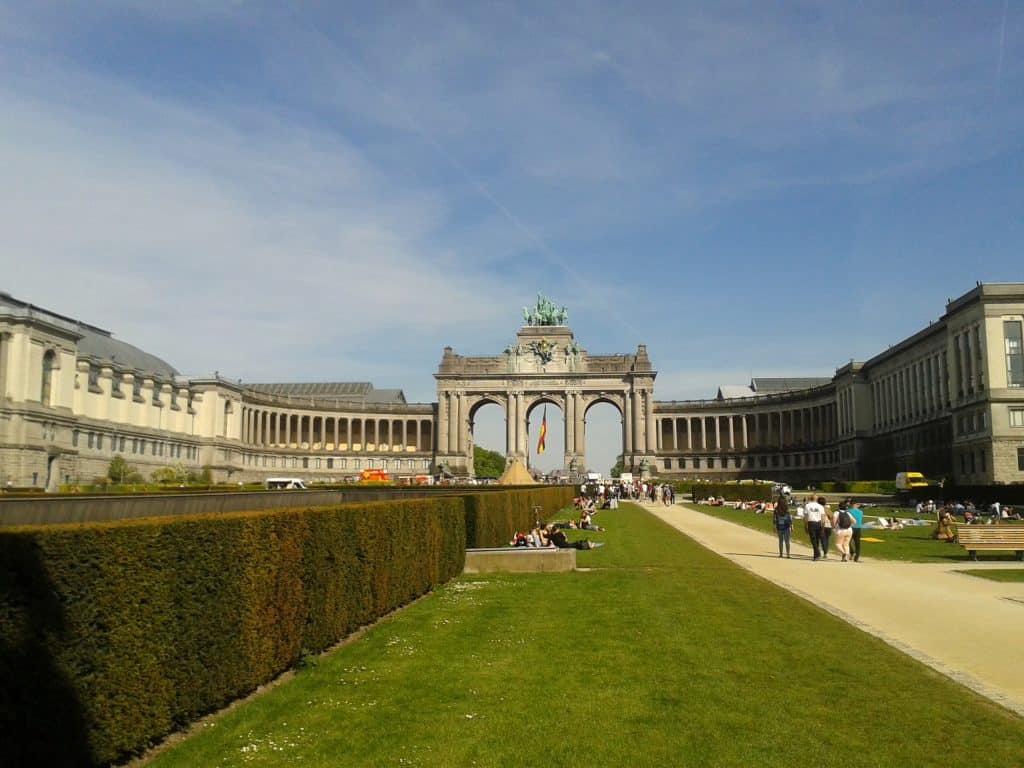 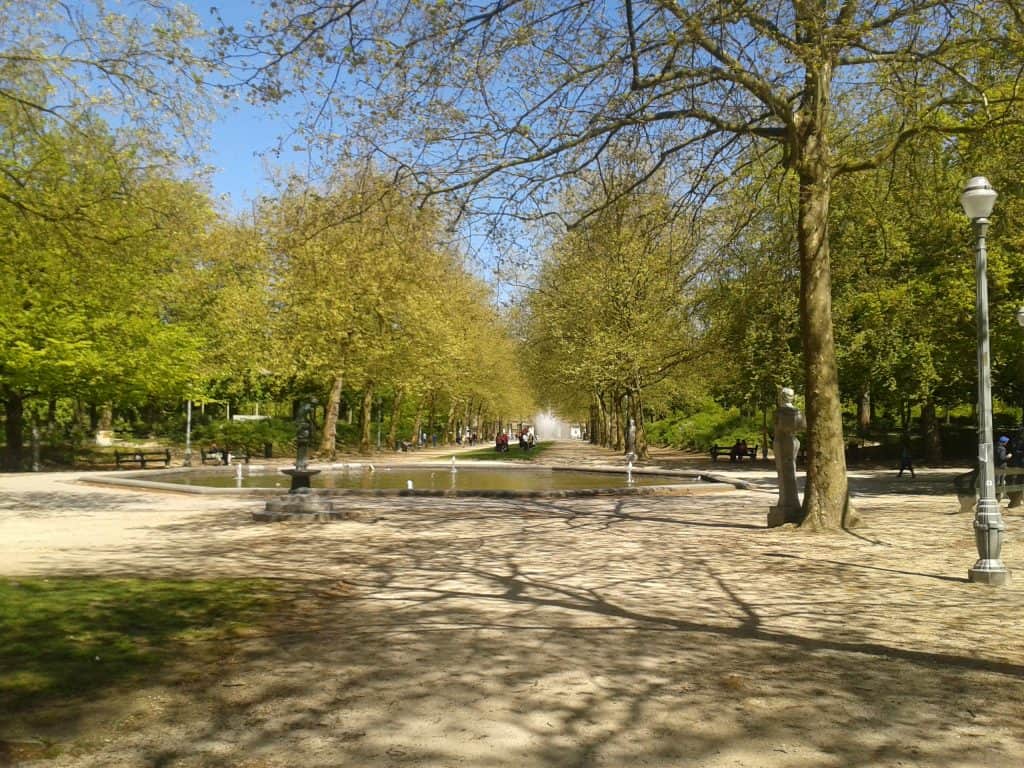 Other culinary Belgian highlights were not forgotten. While I left the tasting of the various Belgian beers to my brother-in-law, I instead indulged in waffles and chocolates. You get waffles of all kinds in Brussels: sweet, savoury, with toppings or pure, in every variation imaginable. Who could say no to that? Belgian Chocolate is equally delicious, if more pricey. But then, it’s not every day you can buy pralines from the shop that invented them. 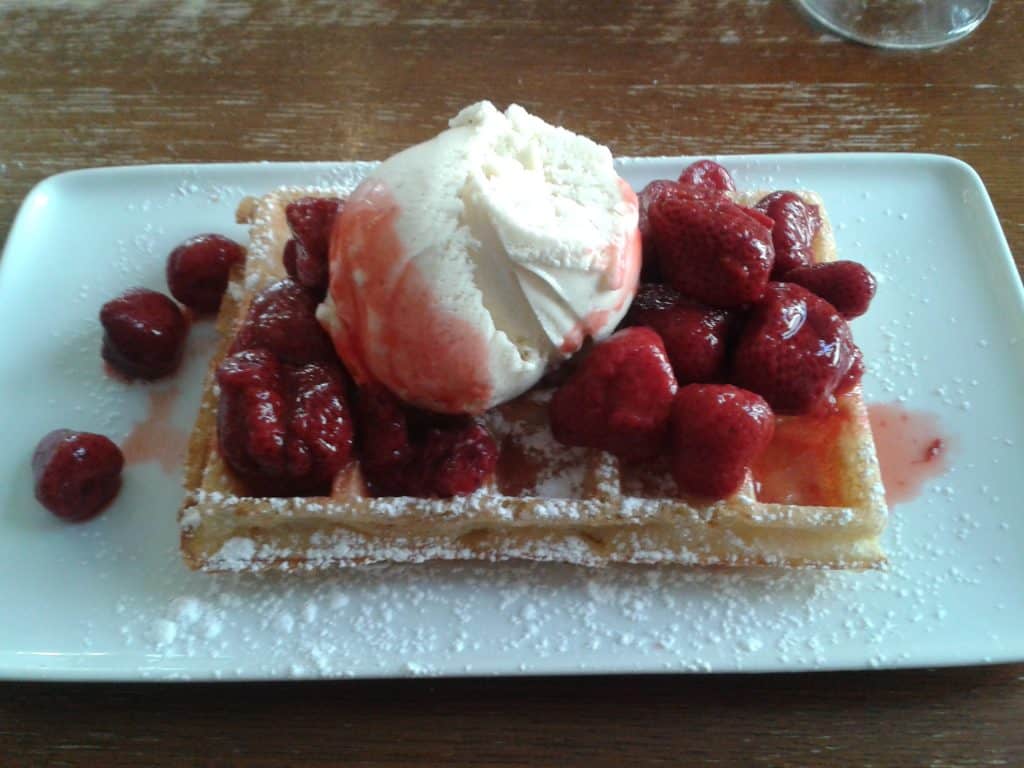 With exploring the city throughout the day, before returning to the theatre each evening and connecting with friends and fellow thespians, it proved the perfect combination of leisure and culture. Oh, and did I mention our group won an award? What a finish to these remarkable four days. I’m sure this time I’ll remember more of Brussels than only Manneken Pis… 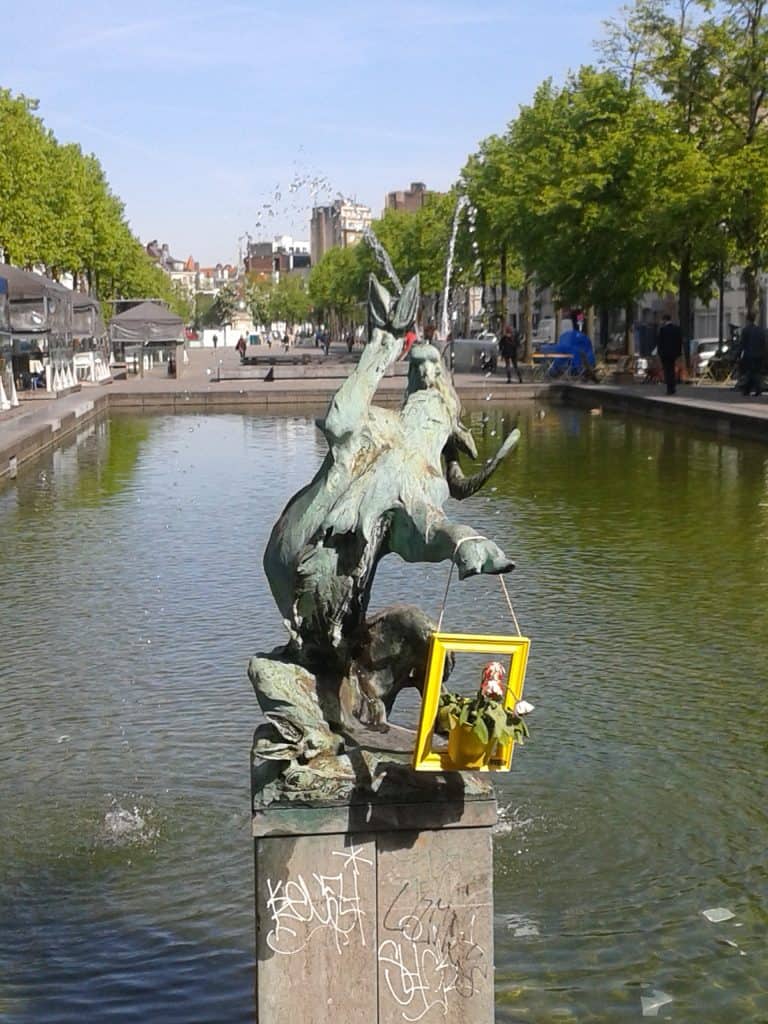 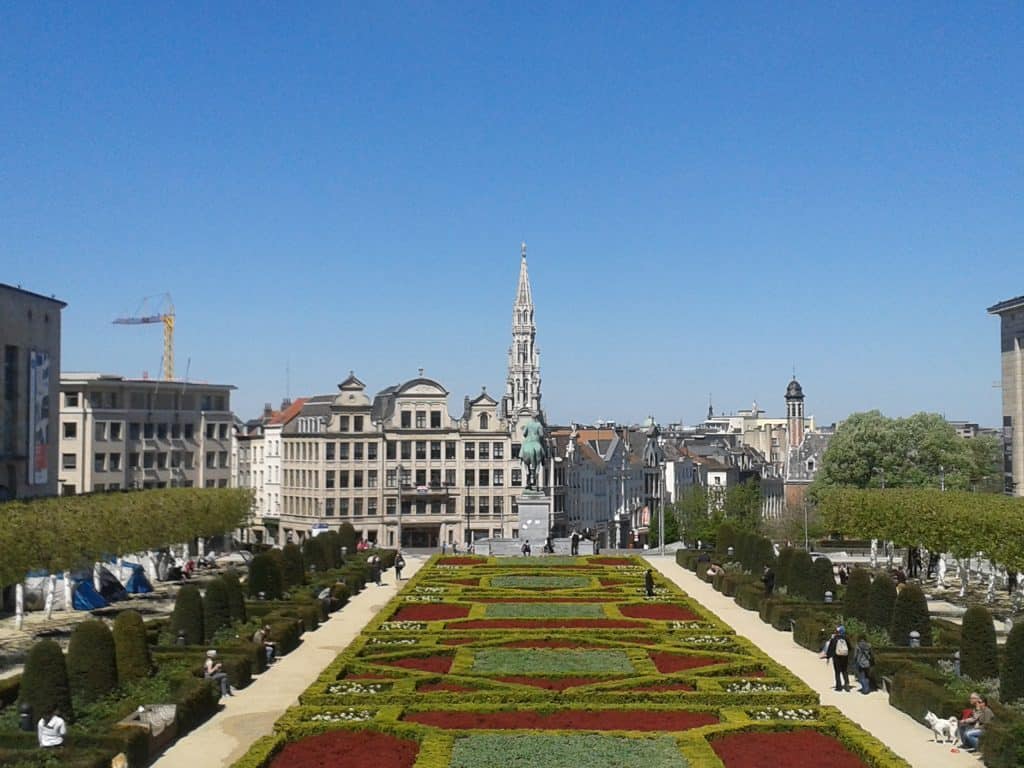 Have you been to Brussels? What are your fondest memories? Share in the comments! 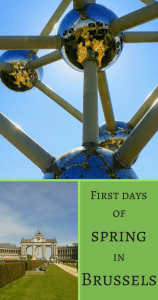