My first 10 days in Santiago de Chile in pictures

I have now been in Santiago de Chile for 10 days exactly, so it’s time for a first resume. I really like the city so far, there’s lots of interesting stuff to do and different neighbourhoods to explore. So I thought I could just show you some of my favourite pictures of Santiago and tell you the story behind them. This is certainly not everything you can do in this city, but it’s a beginning. Here we go!

These pictures are from the Plaza de Armas, the central town square. It houses the town hall, the post office, Santiago Cathedral and the Natural History Museum. The latter I visited a few days ago. They have exhibits highlighting the entire history of Chile and particularly Santiago, from just before the arrival of the Spanish conquerors to the military coup of Pinochet in the 70s. Unfortunately, all the descriptions were in Spanish, so I only got a very vague idea of what the individual exhibits were, but I still got enough to be able to roughly follow the history. Besides, the museum is free, like most in Santiago. So if you have a free afternoon and want to escape the heat, it’s certainly worth a visit. 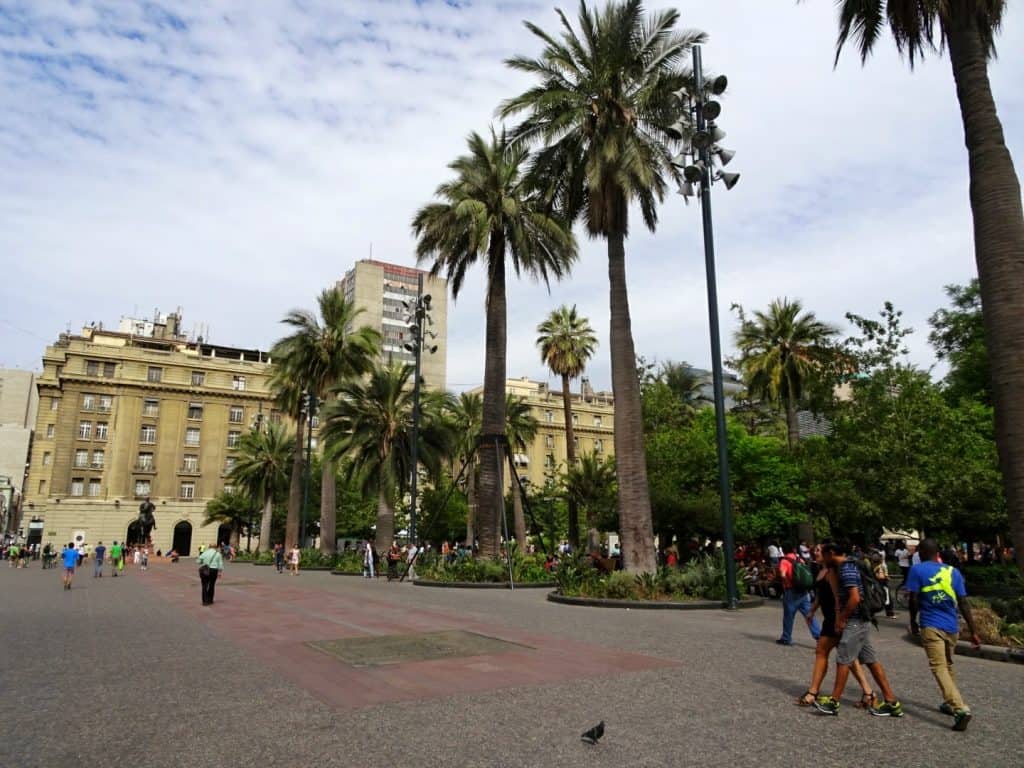 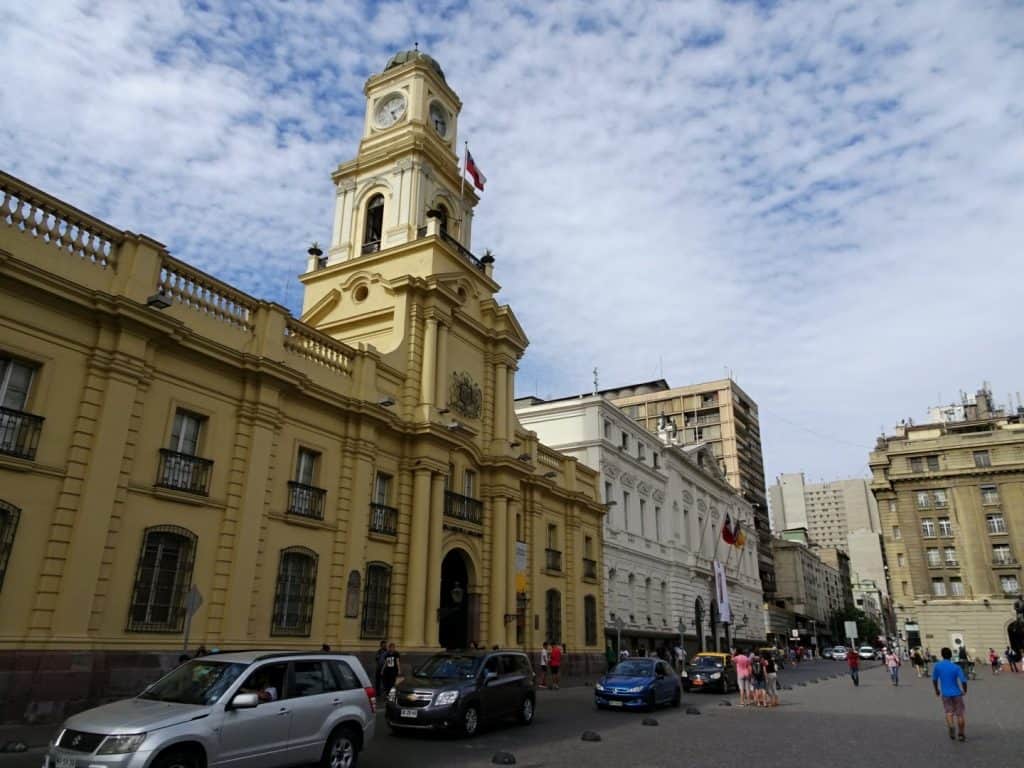 If you follow me on Social Media you probably heard me say how Lastarria is my favourite Santiago neighbourhood. I stand by that. It has the most beautiful architecture, lots of colours and historical buildings, right next to more modern ones. This contrast between old and new you can find quite a lot in the city, but nowhere it’s as beautiful as in Lastarria.

And then the street art! One of the buildings is completely painted with street scenes from past centuries. It looks so real you sometimes have to look twice to see what is a real person and what isn’t. There’s, in fact, a lot of beautiful street art all over Santiago, but this one still remains my favourite! 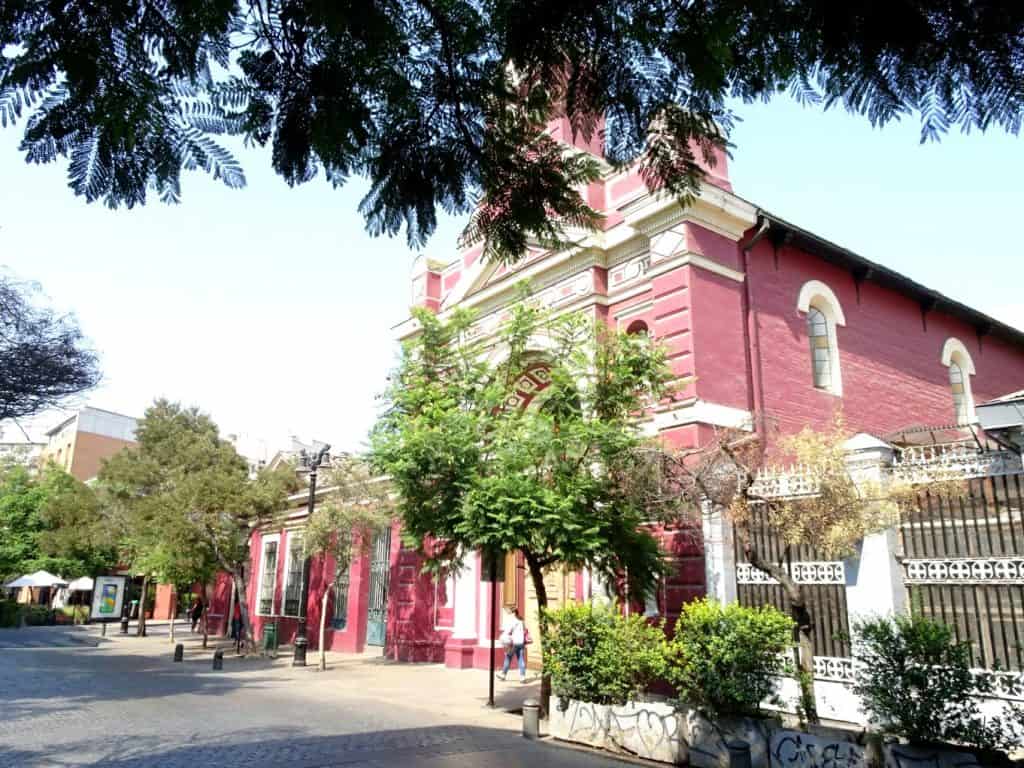 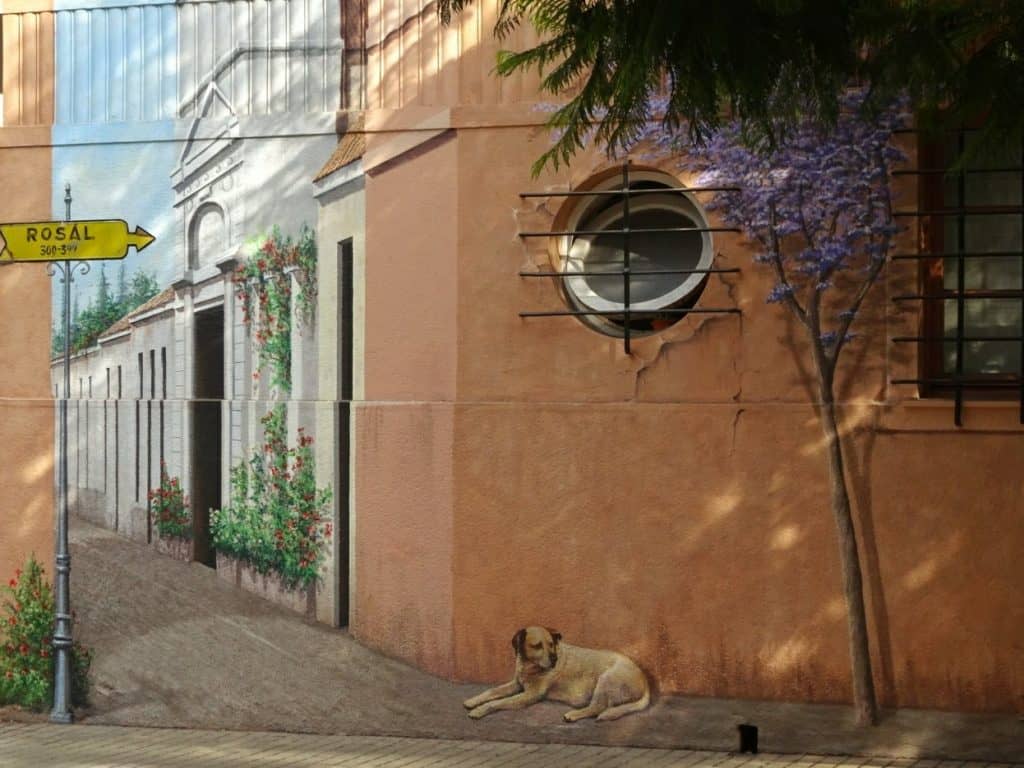 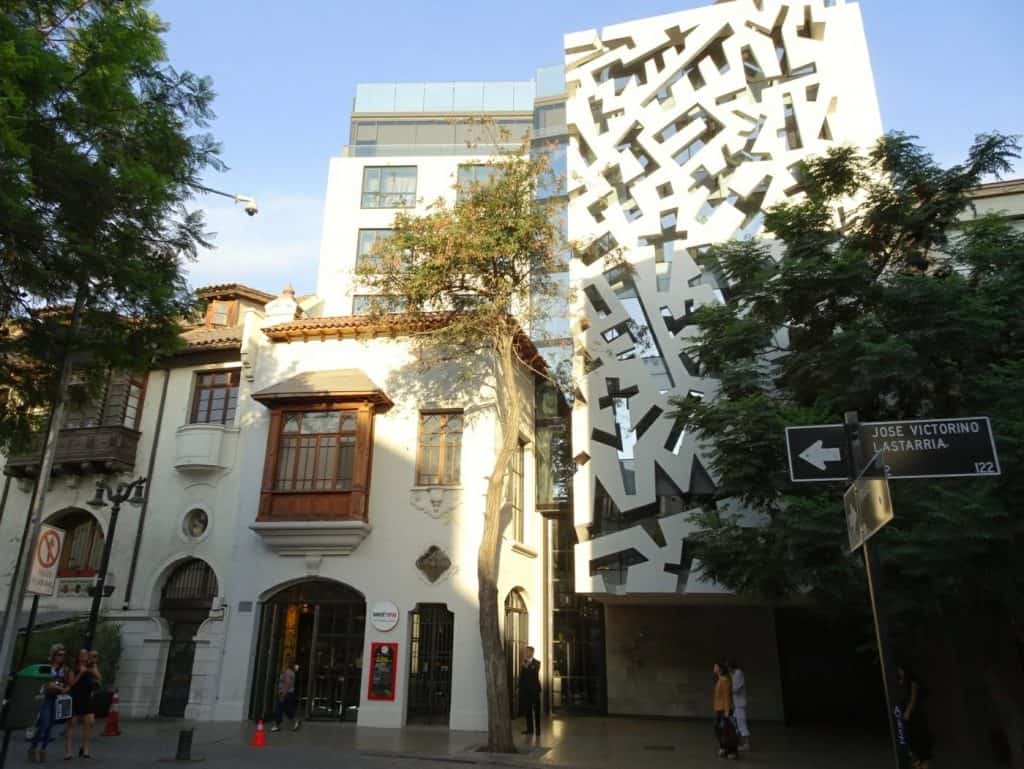 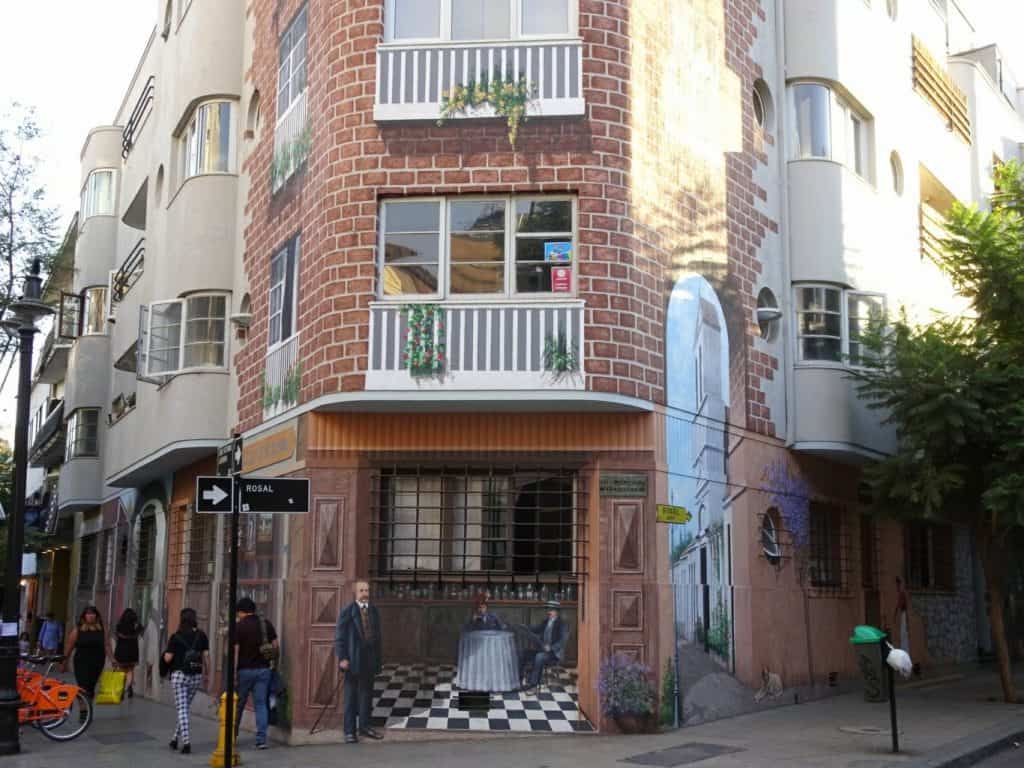 I have yet to try a Chilean dish that doesn’t taste good. I’ve had empanadas, pastel de choclo (a kind of corn cake) and lots of ice-cream! Okay, maybe the last one isn’t exactly a traditional Chilean food, but it’s delicious nonetheless.

Last night I also tried Terremoto for the first time, an iconic Chilean drink made of sweet white wine, pineapple ice-cream and a shot of grenadine. Sounds weird, but tastes pretty good! 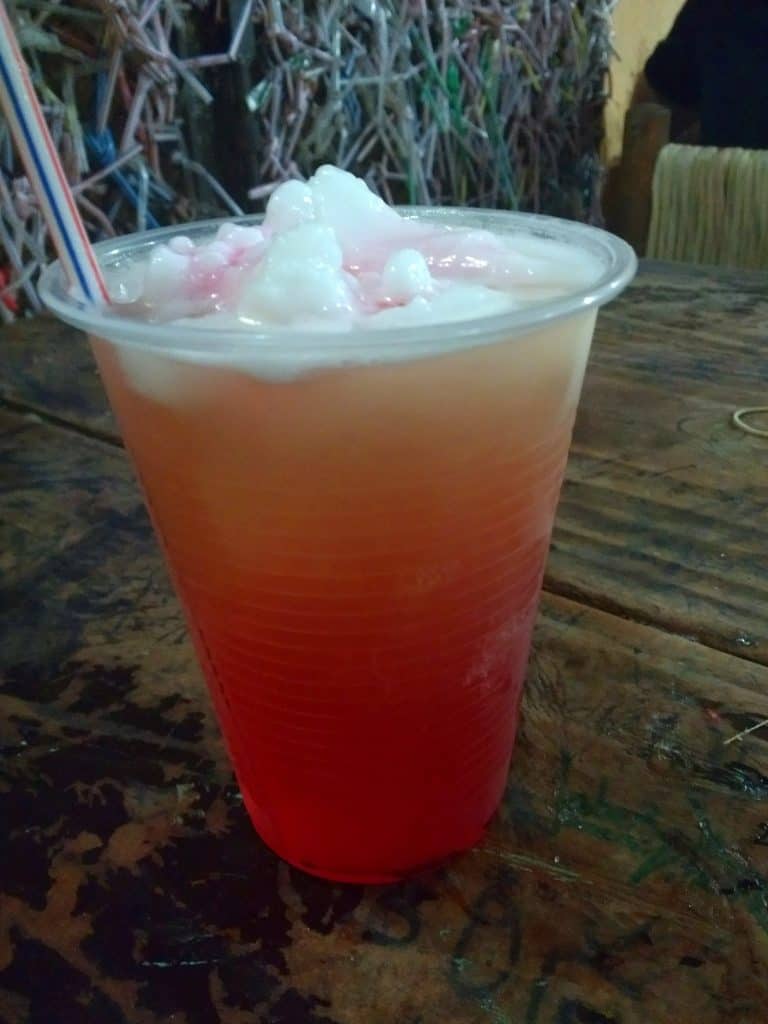 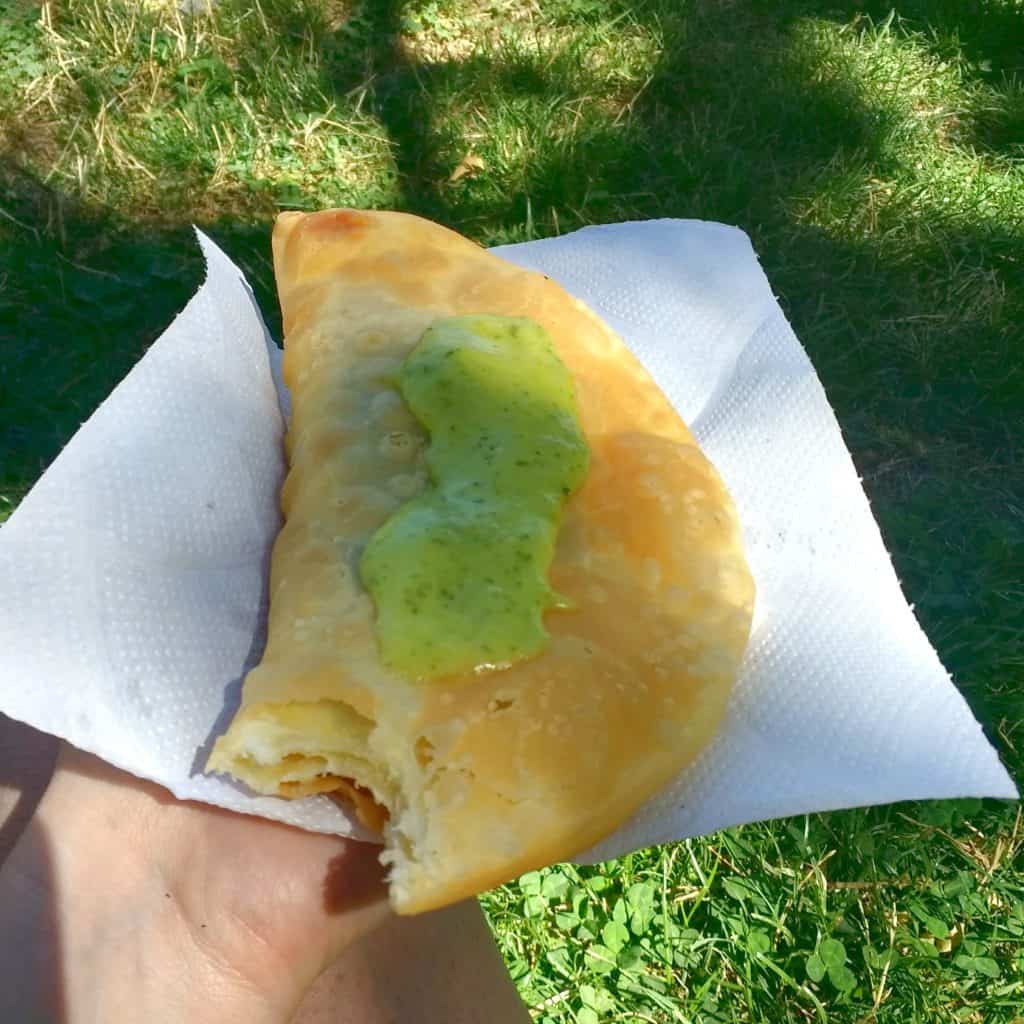 This is where you find the Presidential Palace, Palacio de Moneda. It’s probably the most iconic photo location in the city, with all those Chilean flags in front of it. But downtown Santiago offers more than that. For example, you should check out Bandera Street. It’s painted with all the colours of the rainbow. Apparently, the city wanted to make the area more attractive, and I would say they succeeded.

Also, there are street markets all over the city, selling everything from food and drinks to clothing to tissues and travel adapters. The nice thing about these markets is, that the vendors don’t hustle you to buy. The call out their wares, but they don’t personally nag you to buy anything like they do in many other countries. That makes visiting the markets a lot more relaxing. 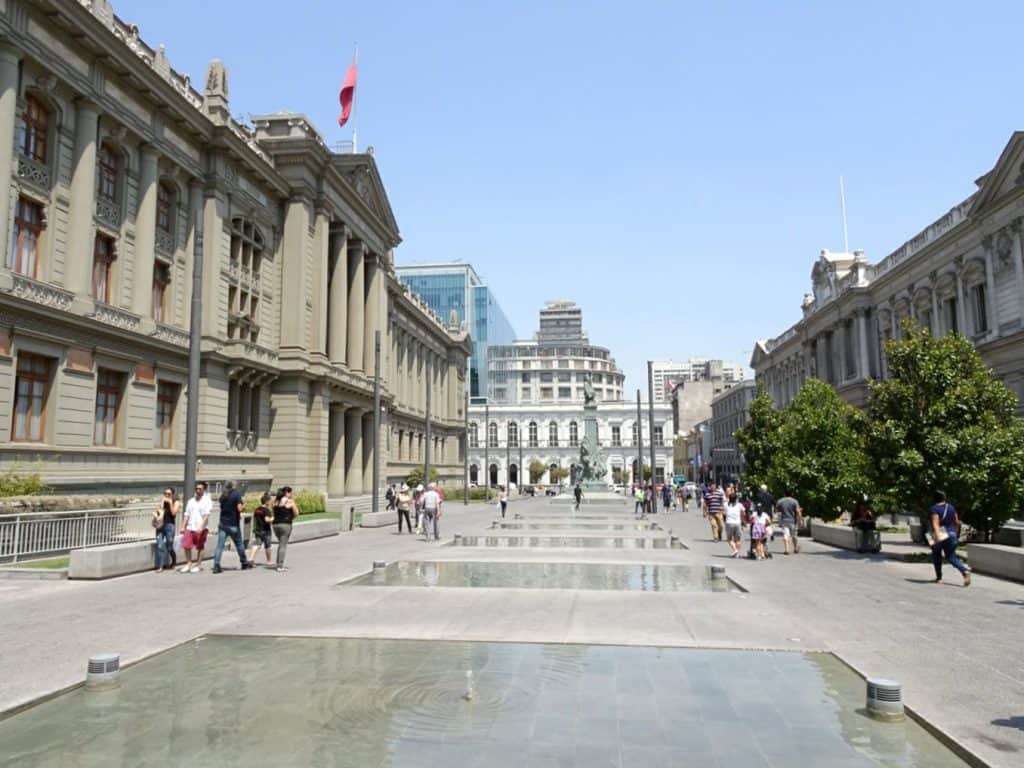 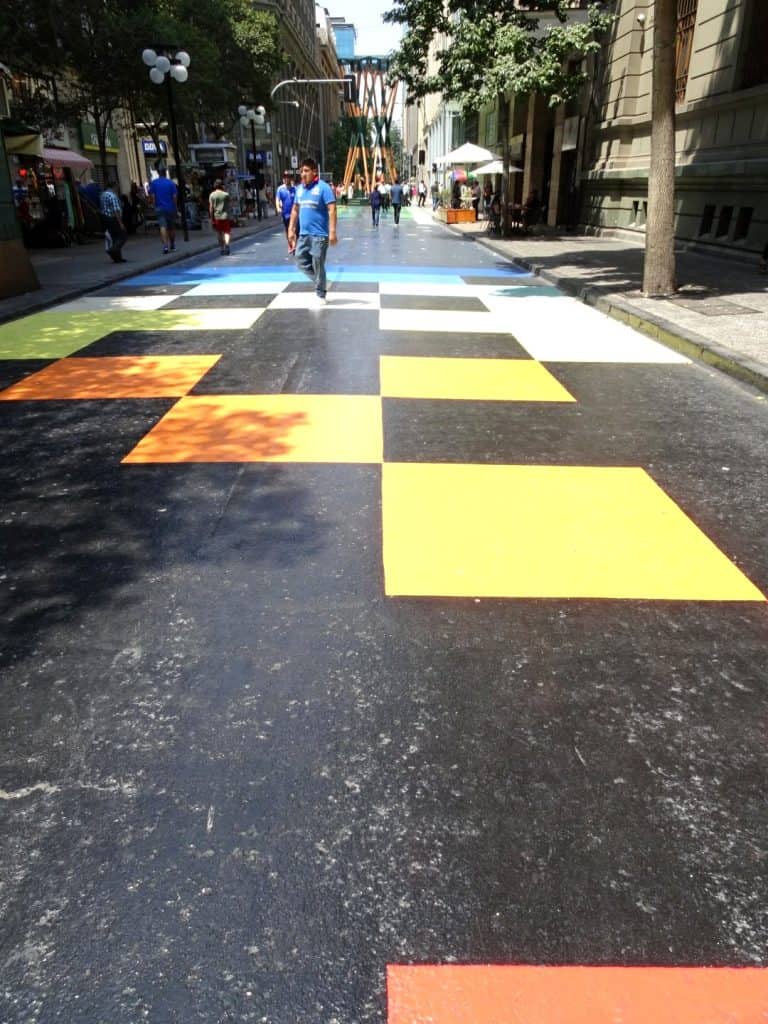 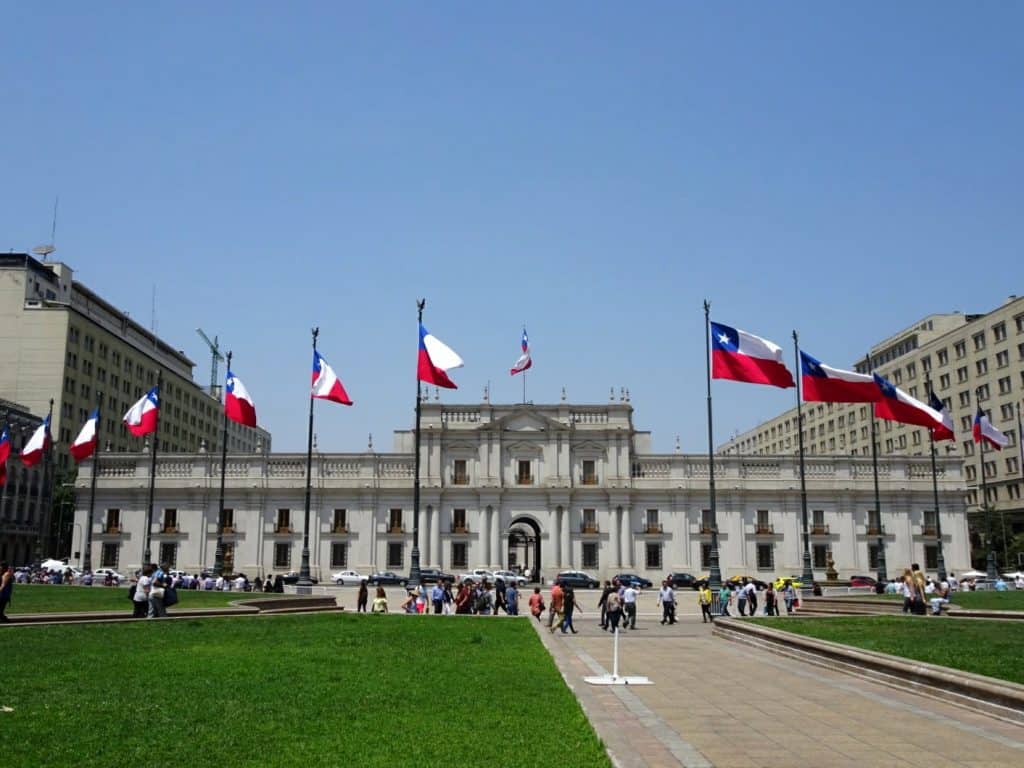 The parks and the cemetery

Santiago has quite a few beautiful parks that invite you to spend a quiet afternoon lounging in the sun, preferably with an ice-cream or a cool drink – which, by the way, are sold by street vendors in every park.

Parque O’Higgins is the biggest park, at least of those I’ve been to. There are lakes that you can paddle over on a boat or go swimming. They have barbecue areas, volleyball fields, and an open-air pool. There’s even an arena inside the park for events. And in one corner you find Fantasilandia, a theme park with rollercoasters and other thrill rides, in case you need a bit more action.

I also visited the General Cemetery of Santiago. It’s not exactly a park, obviously, but because of its vastness, you can wander around or just sit on a bench somewhere in the shade and enjoy the peacefulness. It’s so big that you can easily find a quiet corner just for yourself if you need some alone time. 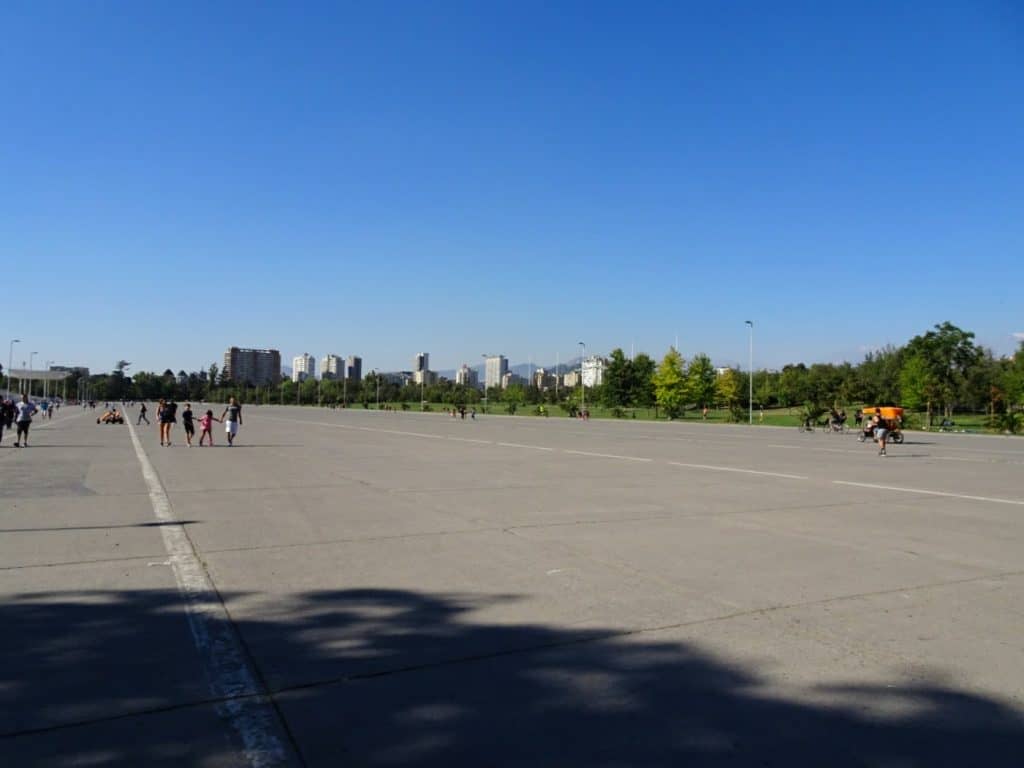 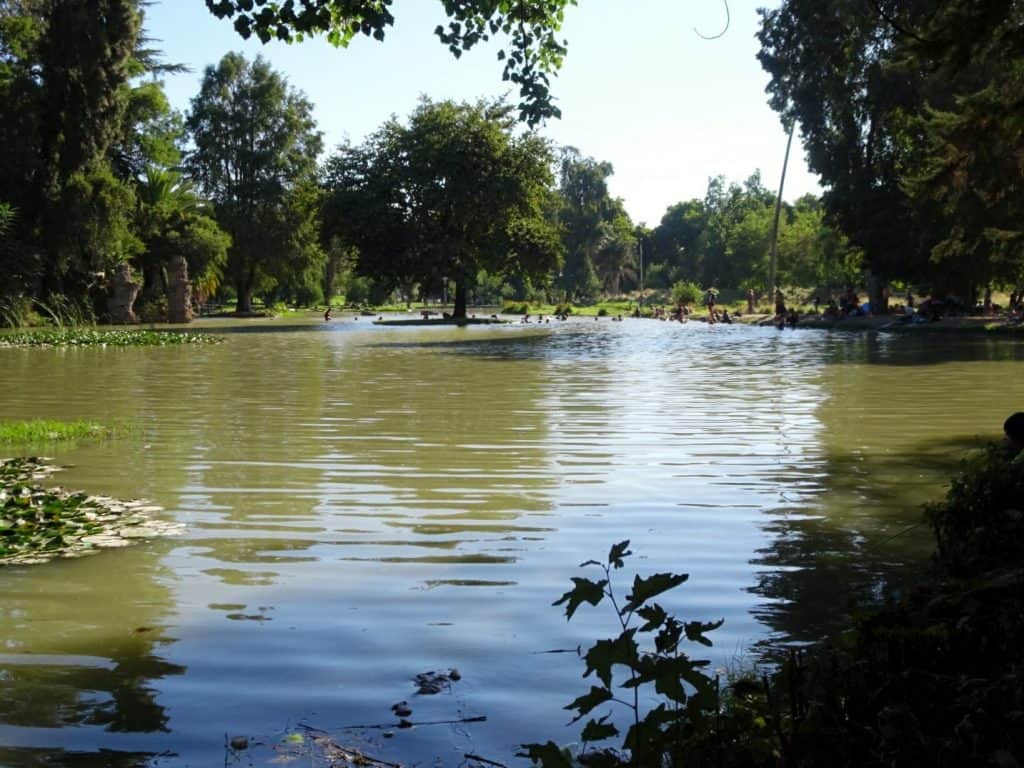 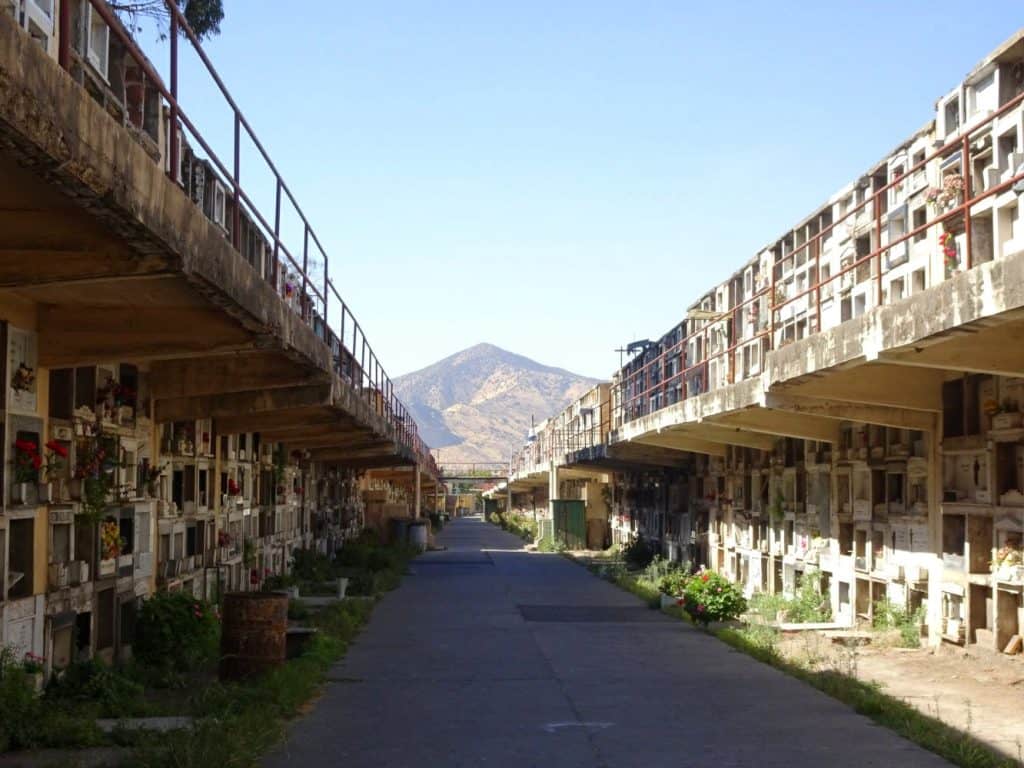 There are two hills in Santiago that overlook the city and are favourite tourist spots: San Cristobal and Santa Lucia. I haven’t been to the former yet (but it’s on my list), but I’ve been to Santa Lucia. The entire hill is a park with an old fortress at the top. There are some beautiful views of the city in each direction. 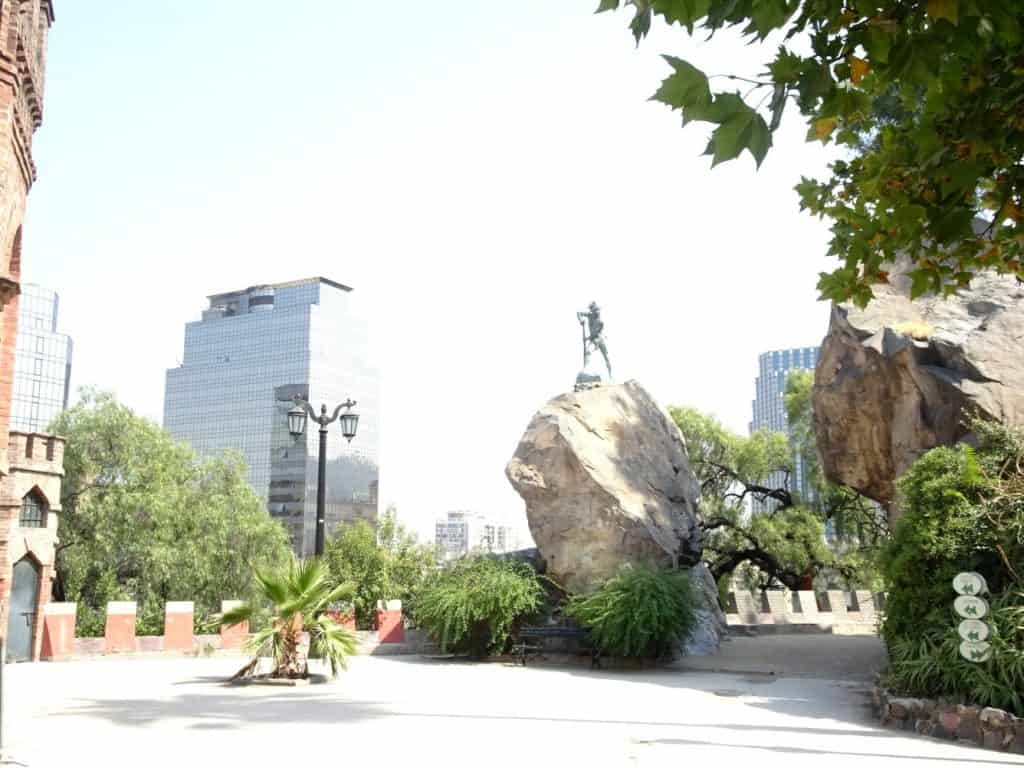 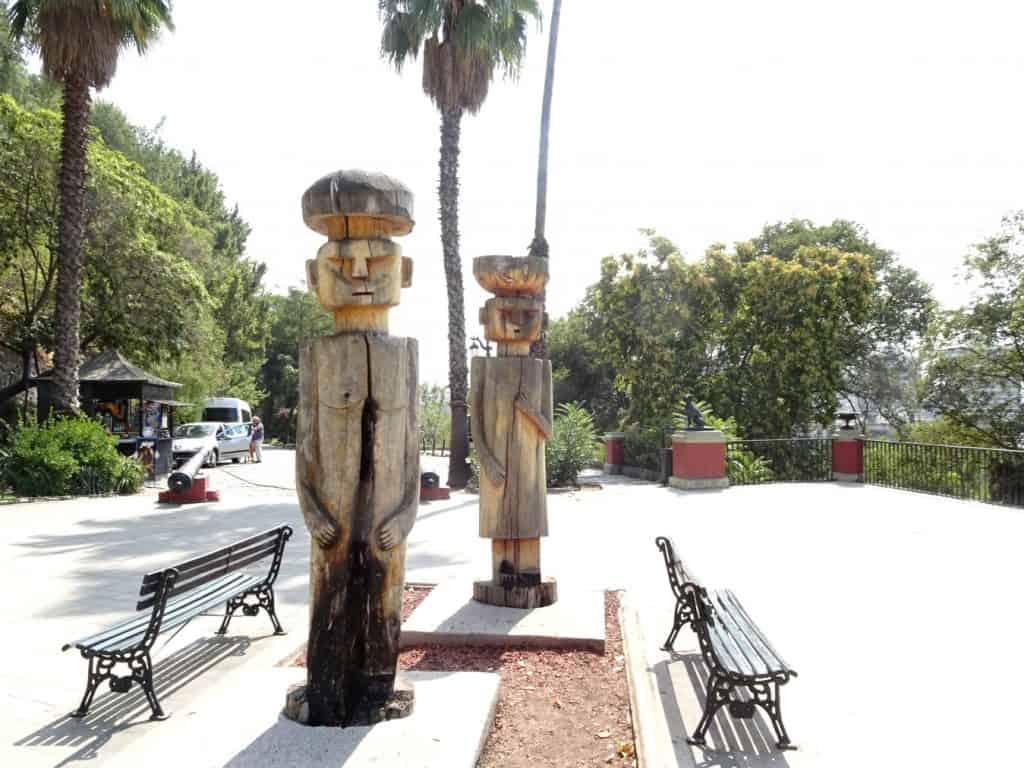 These were some of my Santiago highlights so far. I’m sure there’ll be more in the next 10 days that I’m here. If you have recommendations, drop them in the comments! 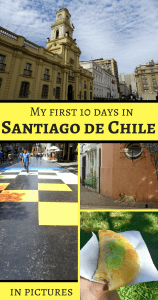