Warning: Parameter 2 to wp_hide_post_Public::query_posts_join() expected to be a reference, value given in /home/customer/www/globalintrovert.com/public_html/wp-includes/class-wp-hook.php on line 292
 Natural wonders of Australia that will leave you speechless • Global Introvert Skip to content

Natural wonders of Australia that will leave you speechless

Australia offers an abundance of breathtaking landscapes. Traveling around there means you basically never stop gaping at your surroundings. Here are some of the most impressive sights that I have come across during my Australia travels. I don’t claim this list is complete, but I do promise that none of these natural wonders of Australia will leave you disappointed.

The Pinnacles are in Nambung National Park in Western Australia, only a short way north of Perth. Once you arrive here, you may as well have landed on an alien planet. The rocky outcrops peeking out of the sand give the whole area an almost unearthly feel.

There are different theories about how the unique limestone formations really formed, from weathering to theories about trees or root casts. What we know for sure is that it happened a very long time ago – so who knows they might not have been shaped by aliens after all?

Speaking of shapes, some of the rock formations have taken on interesting forms. See if you can spot the turtle, the castle, or Star Wars’ Queen Amidala. 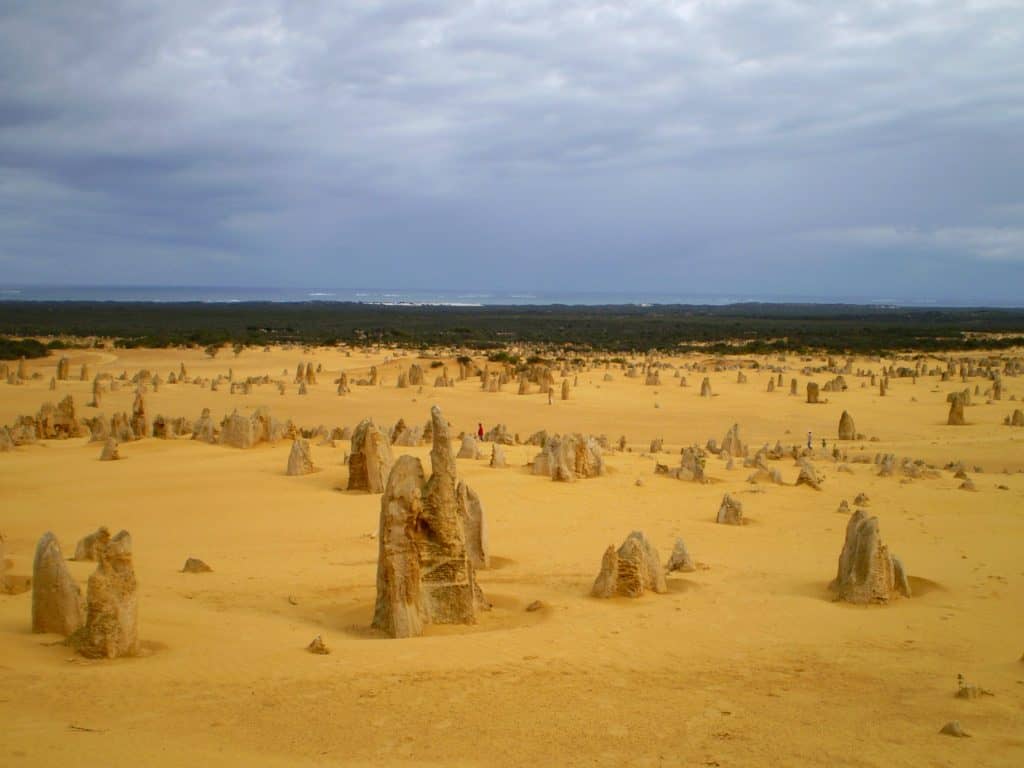 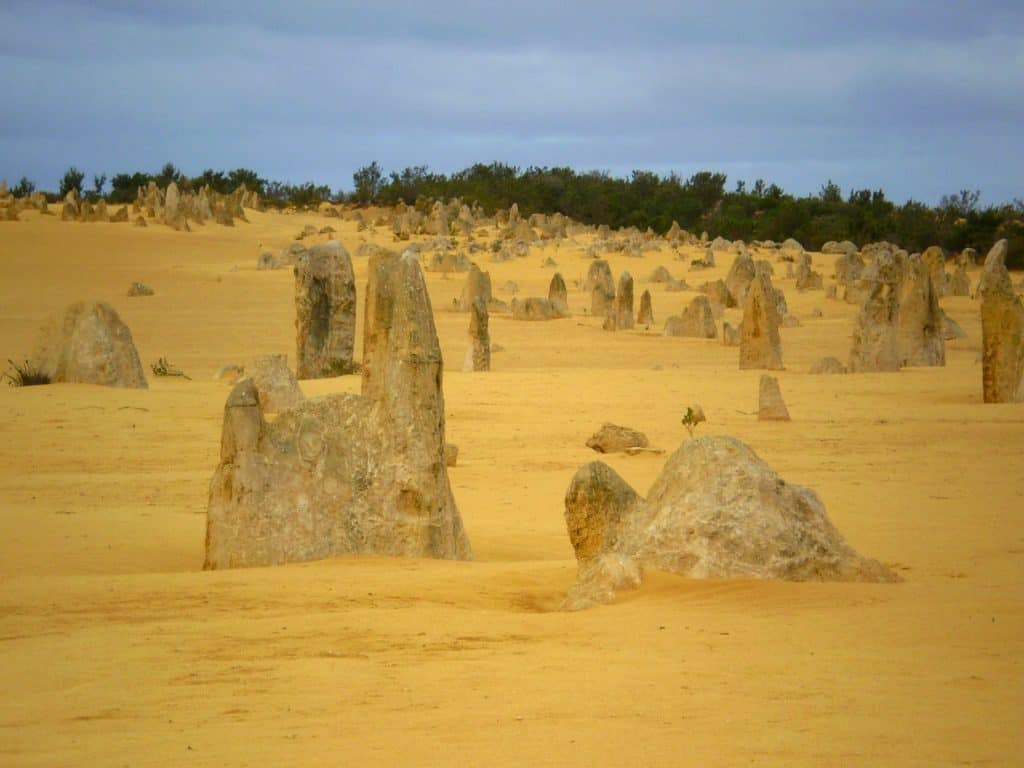 The 74 islands that make up the Whitsundays lie right in the heart of the Great Barrier Reef, arguably one of Australia’s most beautiful attractions. A bunch of islands with white beaches and turquoise water, it’s not hard to see what makes them such a great spot to experience this natural wonder of the world for yourself.

The most famous beach in the Whitsundays is Whitehaven. It somehow manages to look like a postcard on each and every picture you take of it. While you’re not likely to have this beach for yourself, it’s far and wide enough to not feel overcrowded. There’s enough space for everyone to find a spot in the sun. Only don’t forget to put on wetsuits when you want to go swimming. The jellyfish can be nasty, especially during Australian winter.

Despite those, the waters around the islands are the perfect place for snorkelling and diving. The reef offers a vast variety of corals and sea life that has to be seen to be believed. Take a diving trip straight from the islands, or combine it with a sailing tour. 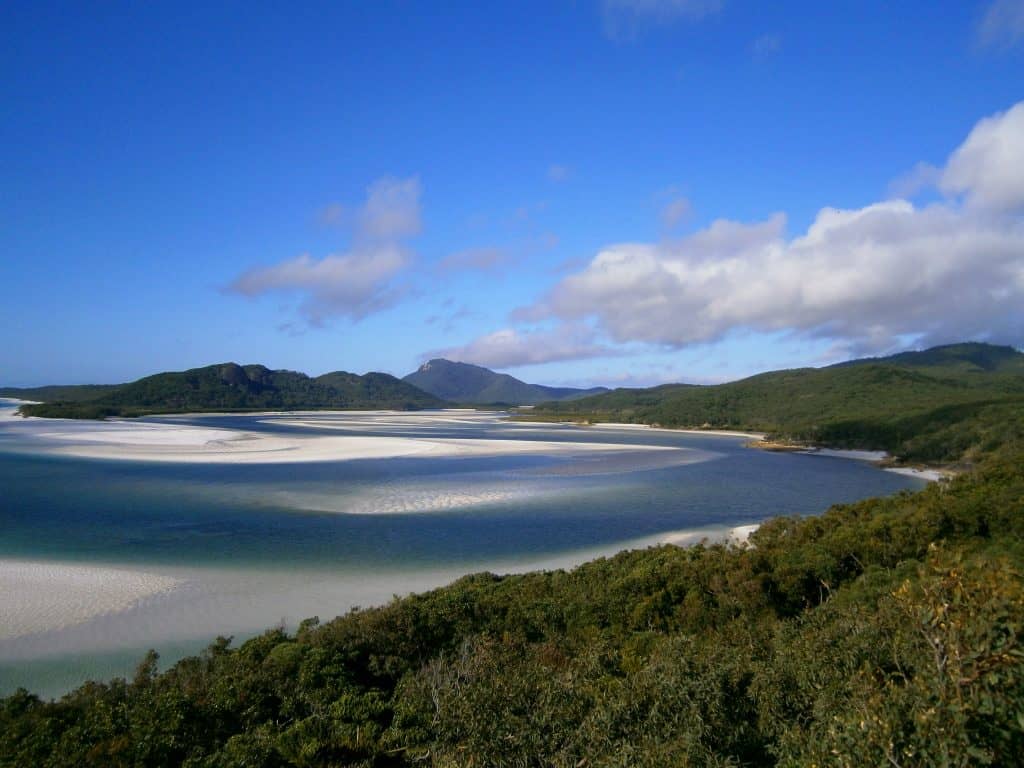 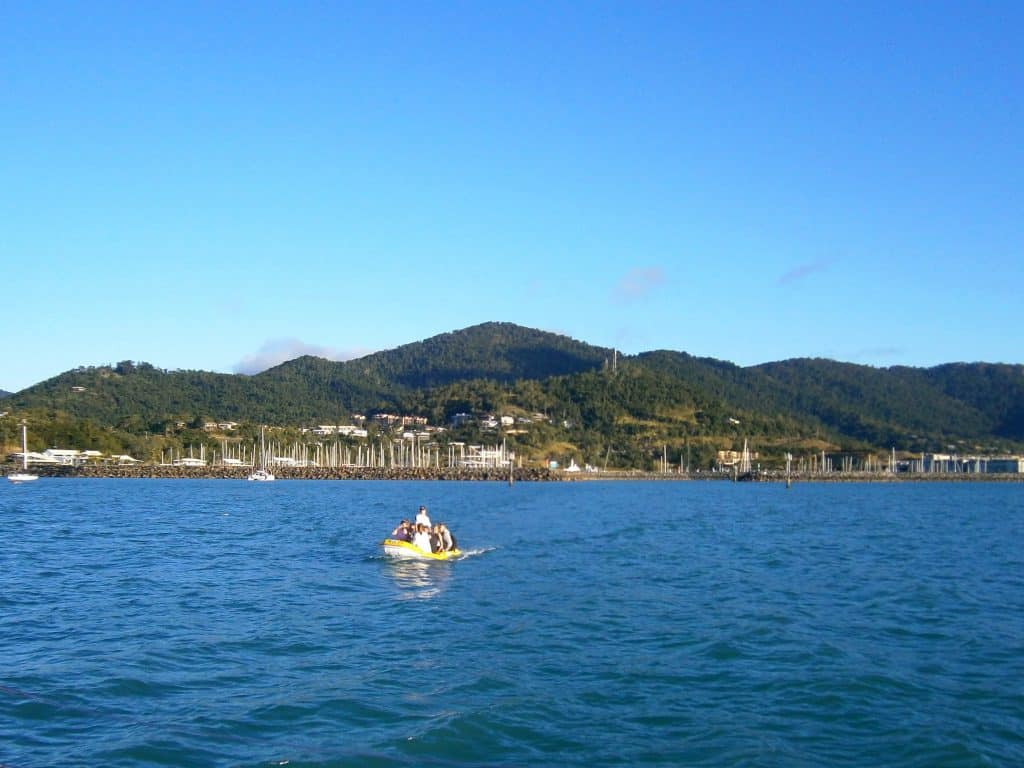 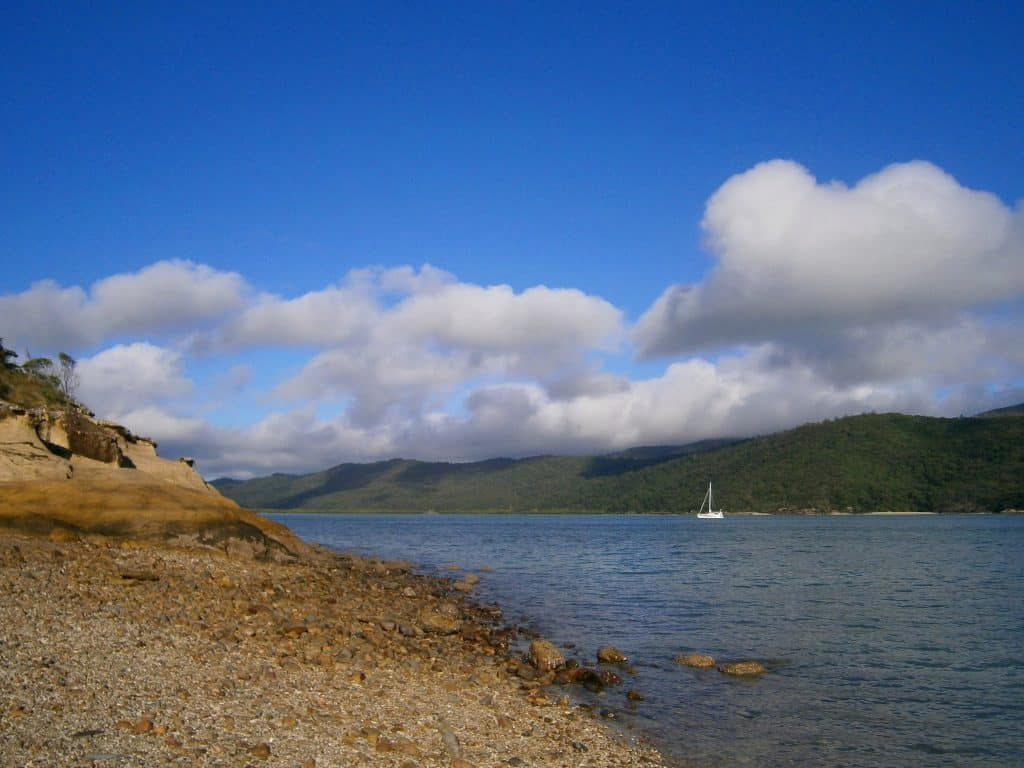 This list wouldn’t be complete without mention of Uluru, also known as Ayers Rock. This giant sandstone monolith in the middle of the outback is a symbol of Australia and the one place I most wanted to see when I first travelled there 12 years ago. I’ve heard of people who became outright emotional when first setting eyes on it, and I totally get why.

The sunsets and sunrises at Uluru are famous, because of the way the rock changes colour in the light. At those times, at the start and end of each day, all the lookouts are crammed with tourists, usually sipping a glass of sparkling wine while watching the spectacle.

Closer to the rock you have two options: you can walk around Uluru, which is a proud 9.4 kilometres and gives you the chance to inspect this giant up close from all angles. Or you can climb it: it rises 348 metres above the plain. Be aware though that on many days the climb is closed, due to weather conditions or Aboriginal celebrations. Also, the Aboriginal people regard Uluru as a sacred place and are no fans of tourists climbing it. In fact, they have finally pushed through with their decision of closing the climb for good in 2019. Until then, consider passing on this experience out of respect for their traditions.

Just outside of Sydney you find the stunning Blue Mountains. There are plenty of ways to explore them: by car, on the hop-on-hop-off bus, with an organized tour, or on a hiking trip. Walks reach from advanced several day tours to simple ones that only take you an hour or so. For the fittest among you, there’s the Giant Stairway that descends over 800 steps and runways into Jamison Valley. It starts close to the famous rock formation Three Sisters.

The heart of all activity in the Blue Mountains is Scenic World, the gateway to all tours and excursions. It serves as a visitor centre, lookout, restaurant, and ticket shop for those people who want to experience the Blue Mountains in some other way than on foot. For that, you can choose between the Cableway and the Skyway, both take you high above the Blue Mountains. Or maybe you are tempted to a ride in the historic Scenic Railway, the steepest passenger railway in the world. 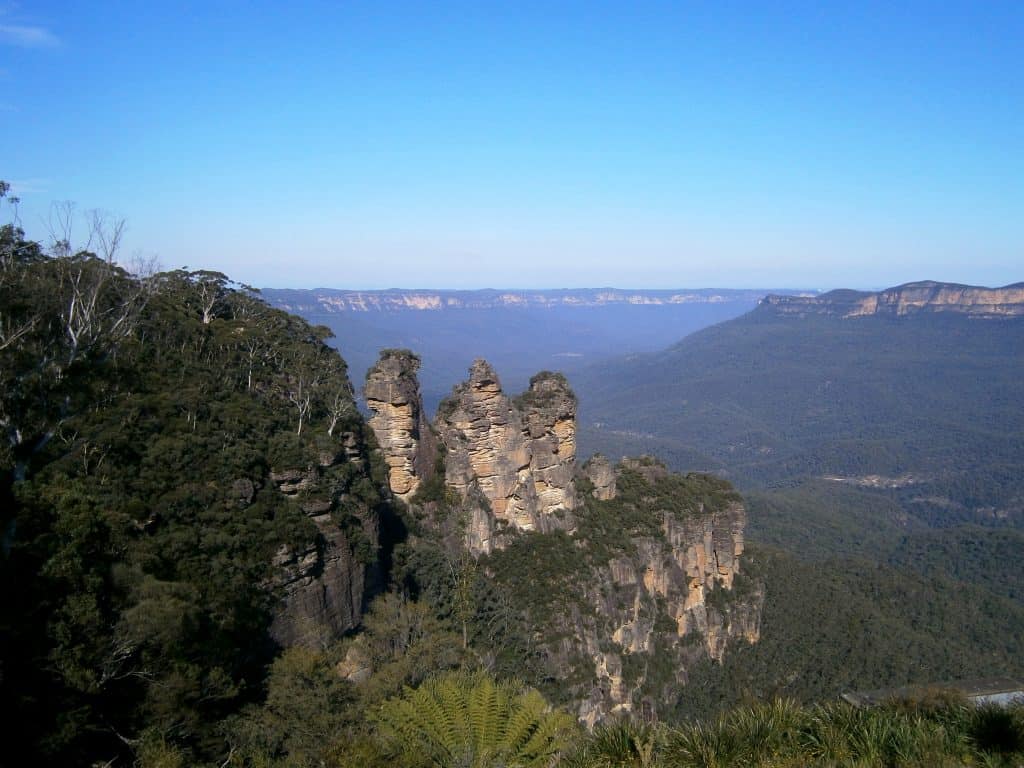 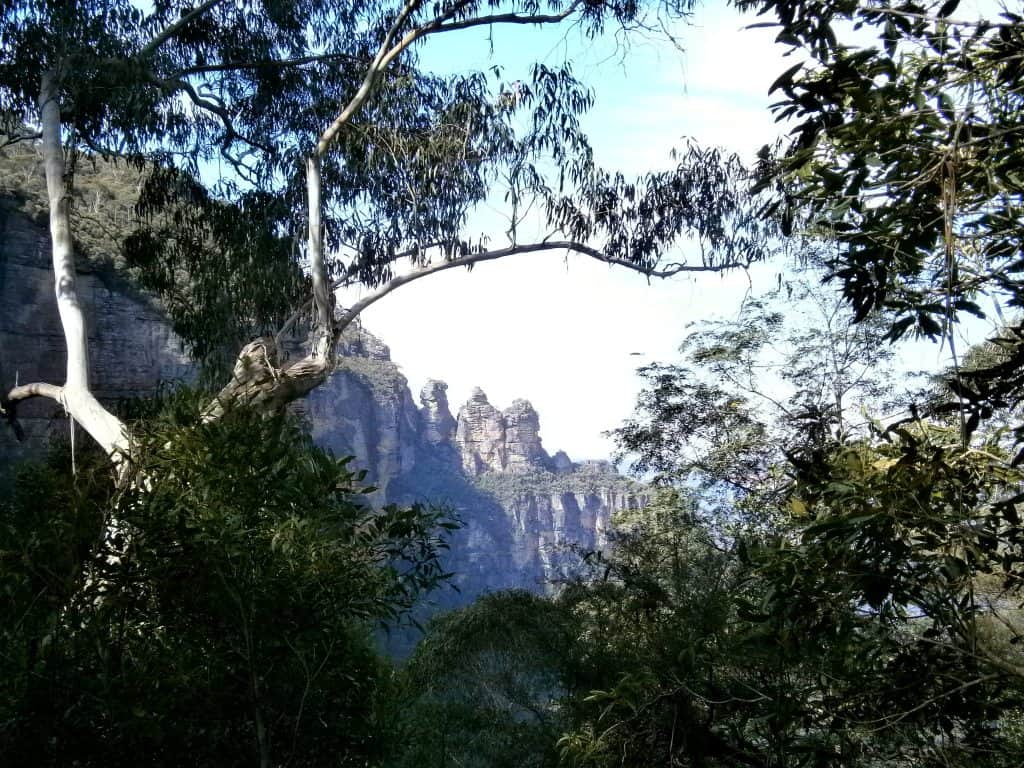 This is another one of Australia’s must-sees – and rightly so. The Great Ocean Road is stunning, and not only around the Twelve Apostles. These may be it’s most famous part, but you can find amazing scenery all along the coast.

Lots of lookouts offer views over the spectacular cliffs out onto the sea. Try to catch at least one sunset or sunrise over the water. You won’t regret it. There are also possibilities to take helicopter rides and enjoy the view from the air.

You can come to see this scenic route on a day trip from Melbourne, or you go the whole 243 kilometres (151 miles) to Adelaide, enjoying several days of beautiful scenery. Strictly speaking, the Great Ocean Road only goes from Torquay to Allansford, but Melbourne and Adelaide as nearby cities are usually used as start and end points for tours. 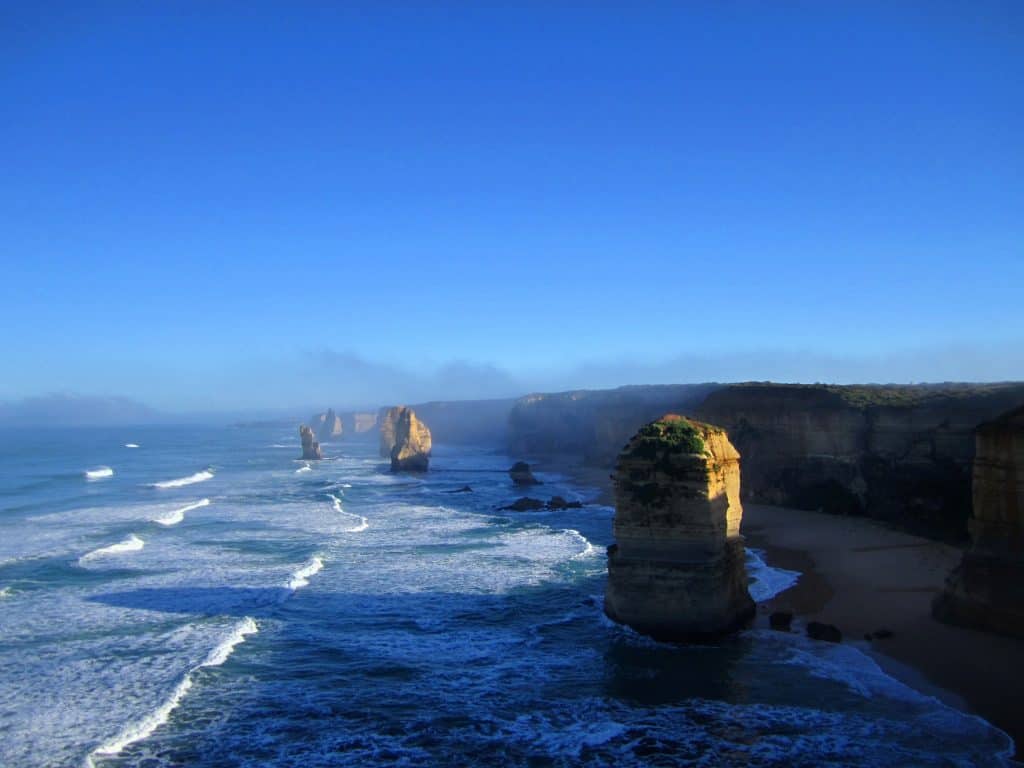 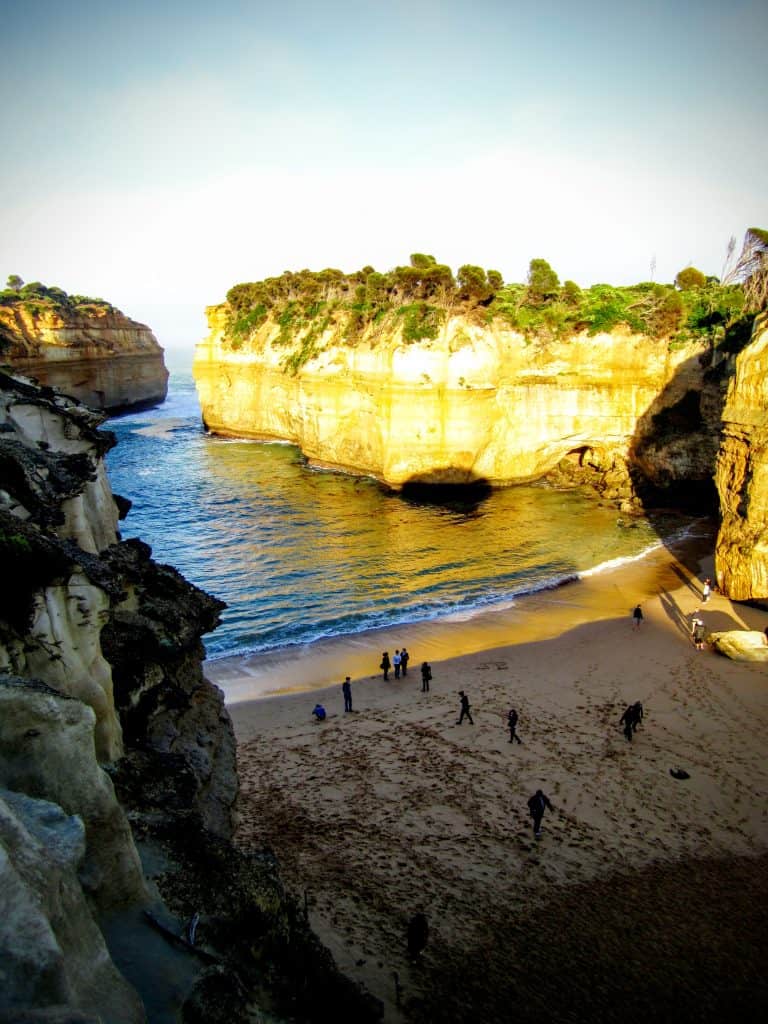 The much bigger Kakadu National Park may be more famous, but Litchfield doesn’t have to hide behind its grand neighbour. Full of rainforest and tropical waterfalls, it’s the perfect getaway place.

Litchfield is situated in the very north of Australia, just south of Darwin. The tropical climate means that during Australian summer about one-third of the area gets flooded, and many places are only reachable by boat. The main season is during winter when it’s dry. The water recedes to some rock pools and waterfalls, and the crocodiles that spread through the whole area in wet season are confined to some few waterholes. That leaves the rest of the pools as the perfect places for a swim.

Don’t let the word winter discourage you. It’s still an average 30°C. Perfect weather to keep your swimwear on underneath your shirt and pants and simply hike from one rock pool to the next. The fresh water will be perfect after the exertion.

Red is the colour most associated with Karijini. Red rocks, red sand, red dust. The latter is especially persistent. It creeps into your clothes and your bags, including the deepest recesses where you’ll find it days later.

Karijini National Park is situated in Western Australia, about 1400 kilometres north of Perth. It’s a place for active people because finding your way through its gorges requires climbing along rock ledges, tracking through the waterholes, or even abseiling down to the next pool. For the less adventurously inclined there are some easier-to-reach places, but you might miss out on some of the most spectacular scenery. 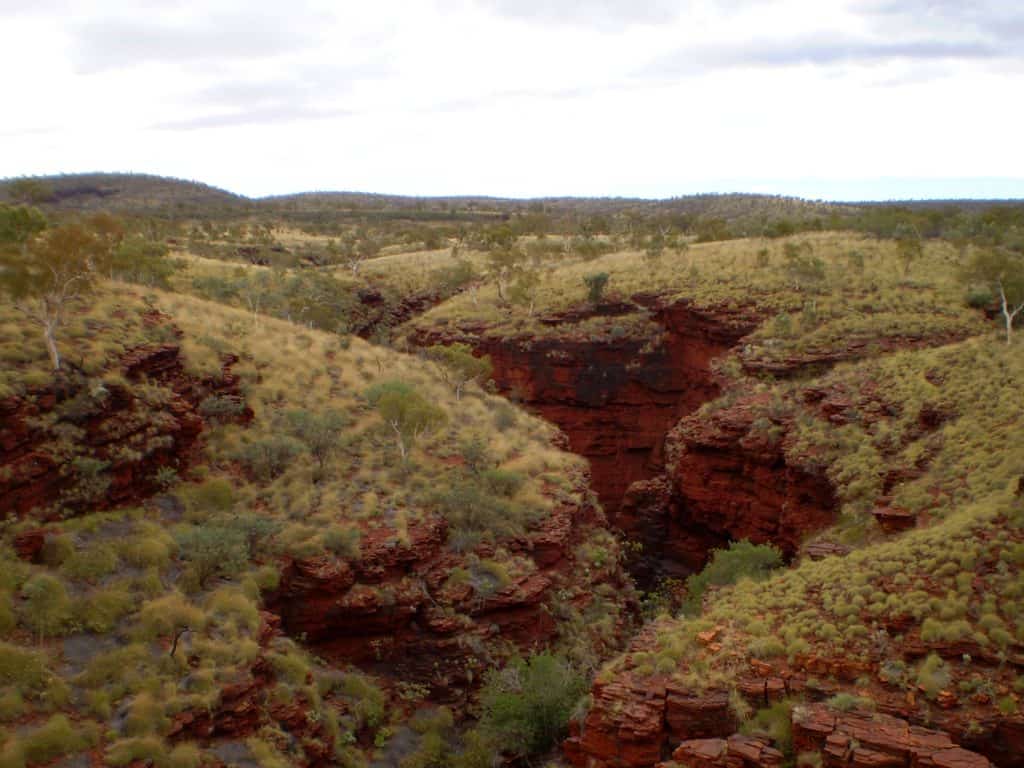 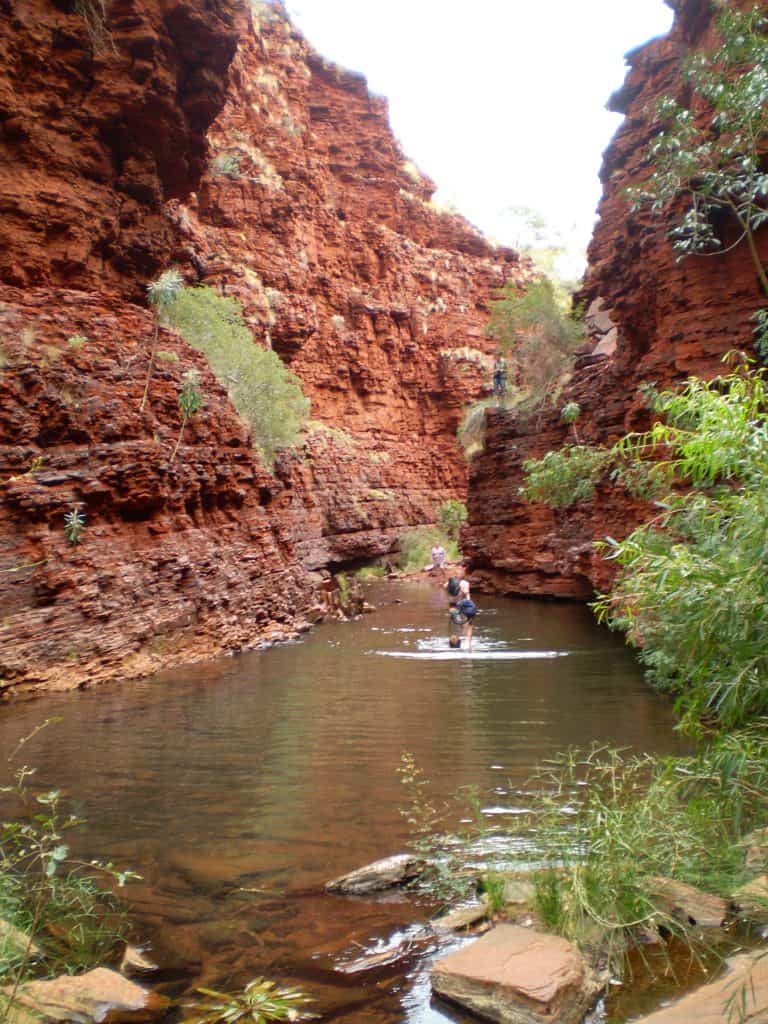 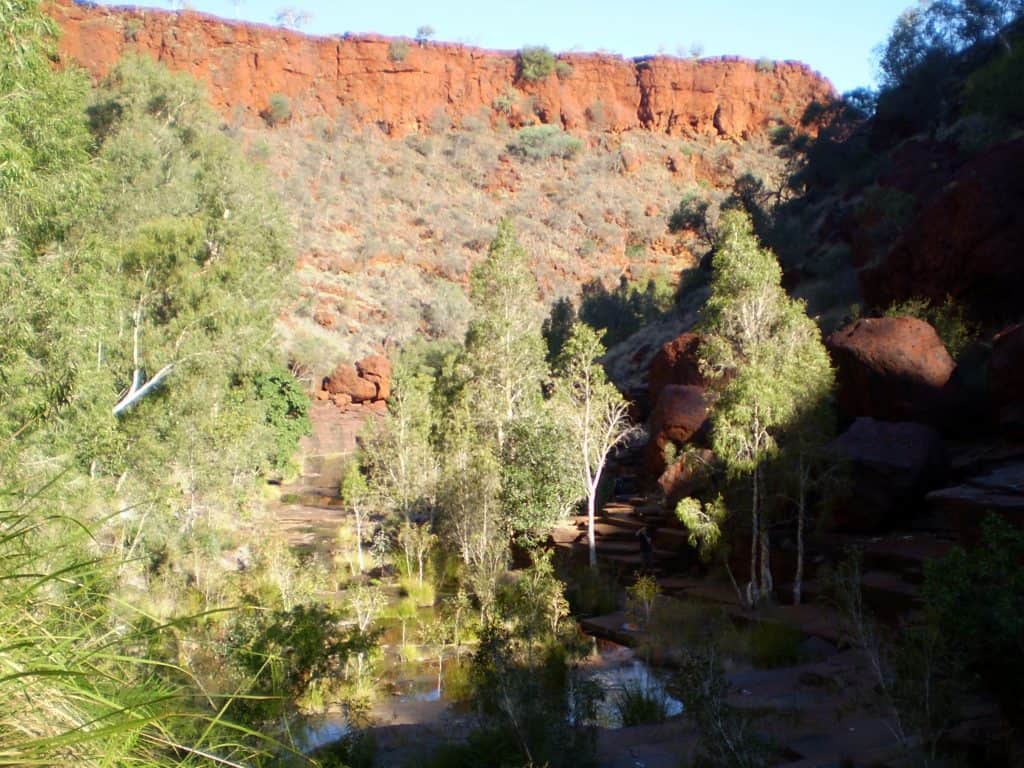 Have you been to any of these places? Which other natural wonders of Australia would you add to the list? Share in the comments! 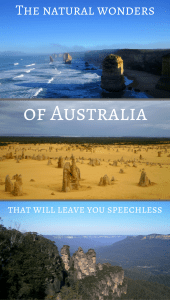