Warning: Parameter 2 to wp_hide_post_Public::query_posts_join() expected to be a reference, value given in /home/customer/www/globalintrovert.com/public_html/wp-includes/class-wp-hook.php on line 292
 How to travel Luxembourg when you have no expectations • Global Introvert Skip to content

How to travel Luxembourg when you have no expectations

In 2014 I was in Luxembourg City for a long weekend. I went there with my theatre group for a festival. It was probably the closest I ever got to travel to a place without having any expectations or preconceived ideas about it. I did not go to Luxembourg because I wanted to see the city, but because of the festival. If it had been anywhere else, I would have gone there just as happily. In fact, this year it was in Brussels, and that was a great trip too (you can read about it here). Thus, all my thoughts before departure, and consequently all my expectations, were turned towards theatre, not towards the destination.

Which was good in a way. The thing about expectations is this: they are never true. Ever. They may be surpassed, or they may be disappointed, but events never turn out exactly the way you pictured them. Still, you always have them. They may be grand, or modest, positive or negative, precise or vague. Either way, those expectations are there, and there is not much you can do against that. So how do you deal with them?

The advantage of having no prior knowledge of your destination

With Luxembourg, it was not only that I was not focused on the city itself. I also didn’t know a lot about it. Except that it’s very small, with only about 400.000 people. The whole country of Luxembourg is not much bigger. Considering this background, I probably had the unconscious expectation there simply wouldn’t be much to see. Which is as close as you can get to not having any expectations at all.

How wrong I was!

It may not be very big, or very exciting in the way a bigger capital would be, but it certainly had something to offer. The city centre is tiny and peaceful, and yes, it’s lacking the famous sights and attractions of most other, better known European capitals. When it comes down to it though, Luxembourg is just breathtakingly beautiful. Walking through its parks and gardens and past its old castle walls, I felt like somewhere along the way I had been transported into a fairy-tale land. 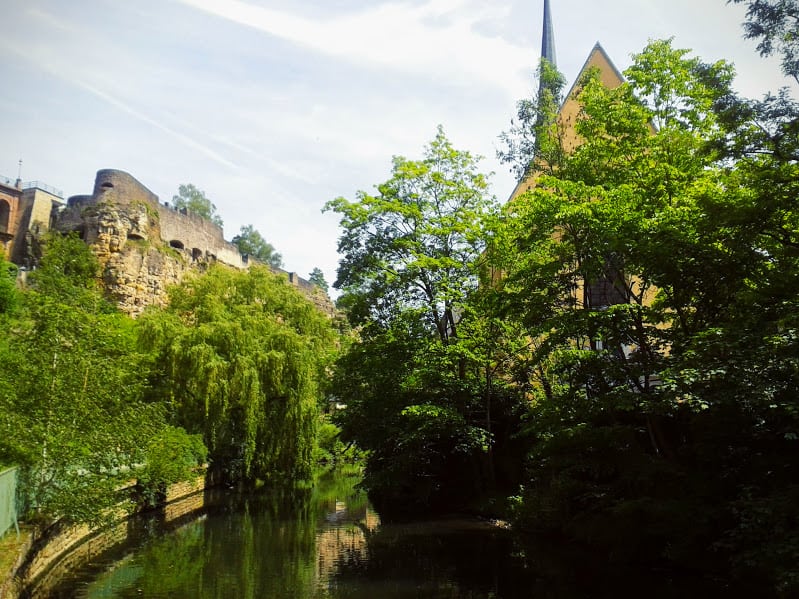 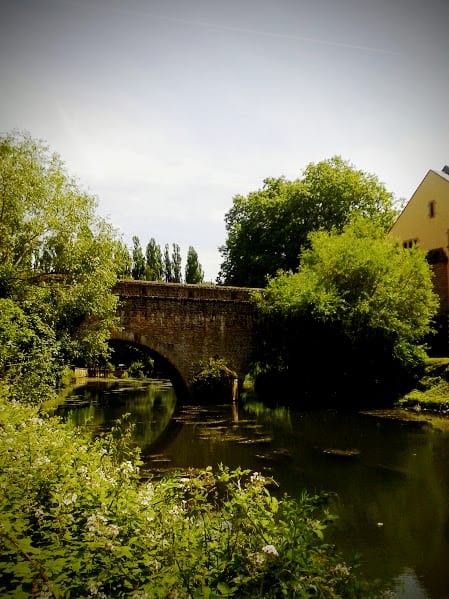 An unexpected highlight: the Casemates

The main attraction of the city is its Casemates, which are caves built into the mountain. They used to serve as a fortress. While you feel like you’re walking deep under the earth, you are in fact high above the city. Every now and again you are reminded of that by an opening in the stone that allows you the most spectacular views.

You can dive deeper into the rock through long tunnels and down seemingly endless spiral staircases, which are tight and tricky to walk in the half-darkness. Some of them suddenly end at closed iron gates after a long descent, and you are forced to turn back the way you came. It had me wondering what is further down those caves. My guess is a dragon living in the mountain, probably guarding a treasure. Any other ideas? 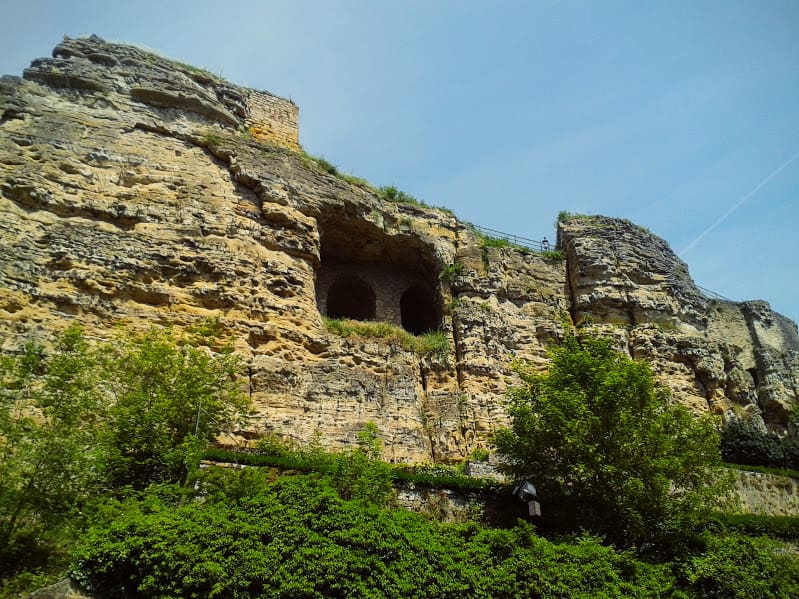 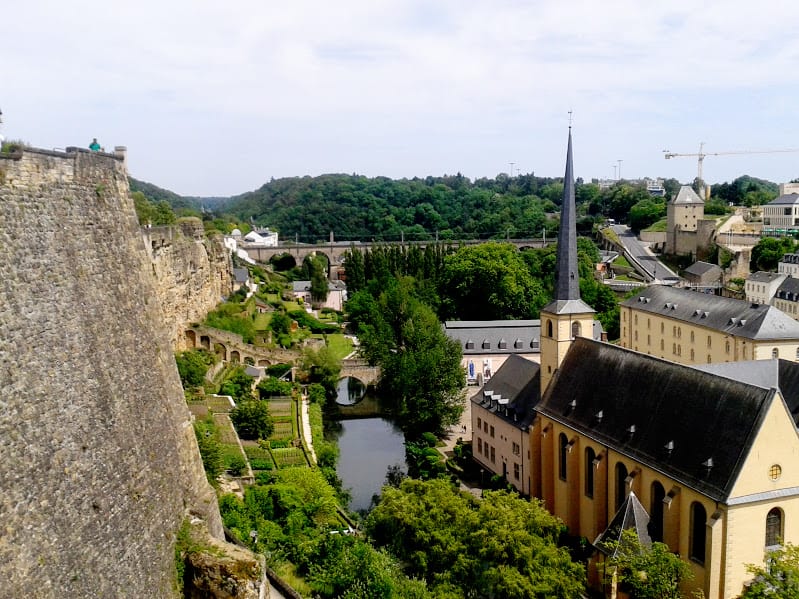 Enjoying the absence of attractions

Luxembourg’s lack of famous sites and entertainment can be an advantage. It was probably the most relaxed city trip I have ever taken. Usually, when I visit a city for two or three days, I spent the entire time running from one attraction to the next. I try to squeeze in as much as I possibly can. By the time I return home I’m in need of a holiday to recover from the last one. I’m not complaining about it, I love those trips. But Luxembourg was entirely different.

We spent much of the day just lounging around in the parks, sitting in the grass and enjoying the hot summer weather. Occasionally we took a stroll through the city centre, but as it was a bank holiday and everything was closed there wasn’t much going on. It was almost like we had the city to ourselves. Even though it was more crowded in the parks you could always find a calm spot to rest or have a picnic. 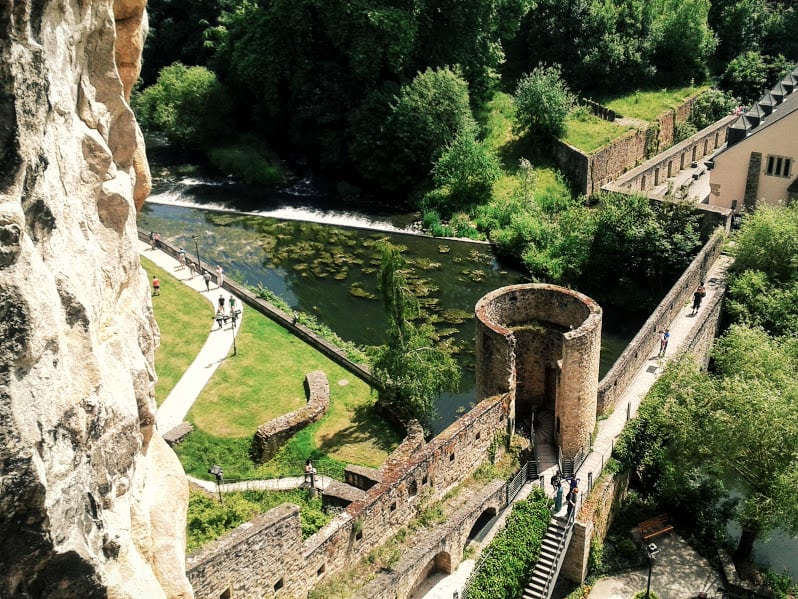 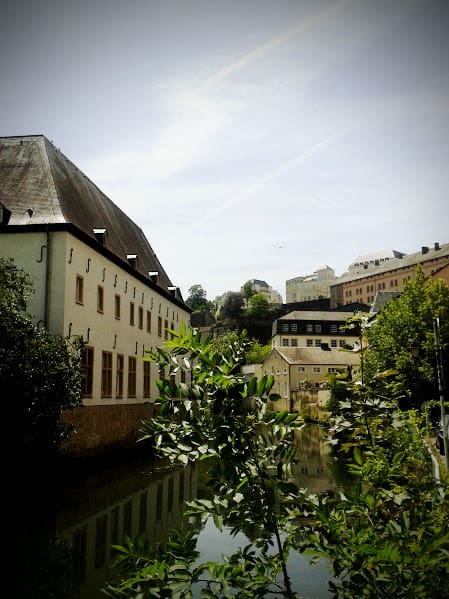 In a way, Luxembourg was what I had expected it to be. There wasn’t much to do, and when it comes to possible activities it was not as exciting as bigger cities. At the same time, I was completely wrong about this place. What I had not expected was how much I would enjoy this relaxed atmosphere.

So what did I learn of that? We may not be able to get rid of our expectations. But we can tell them that they are just making things up anyway, and they won’t stop us from doing what we want to do. Don’t listen too closely to them, especially if they’re trying to tell you a place might not be worth visiting. It might make you miss out on something amazing. Because you never know what surprises a new destination could have in store for you. 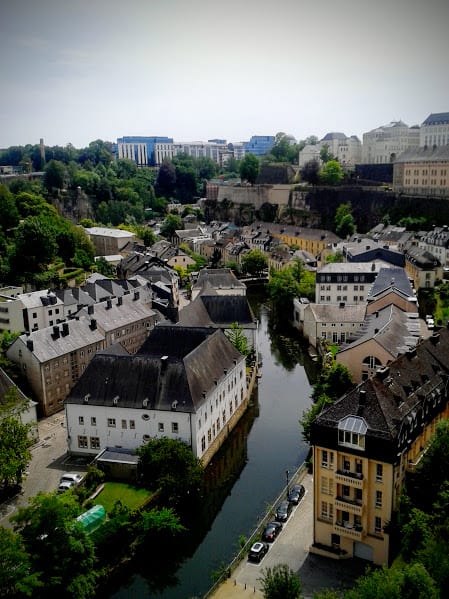 Have you ever travelled somewhere without knowing anything about your destination? Or have you been completely surprised by a place that you had no great expectations for? Tell me in the comments! 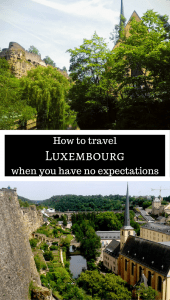