Warning: Parameter 2 to wp_hide_post_Public::query_posts_join() expected to be a reference, value given in /home/customer/www/globalintrovert.com/public_html/wp-includes/class-wp-hook.php on line 292
 On a jinxed trip around Western Australia • Global Introvert Skip to content

On a jinxed trip around Western Australia

Some years ago I took a trip around Western Australia. It’s a beautiful part of the country. Less crowded than the East coast, and with at least as much to see. I started out in Perth and first set out on a three-day trip down South, and then a ten-day trip in the opposite direction up to Broome. Both tours were organised by Adventure Tours Australia. They’re a great company whom I’ve travelled with a lot down under. However, for some reason – and through no fault of theirs – everything on this trip refused to work out the way it was supposed to. 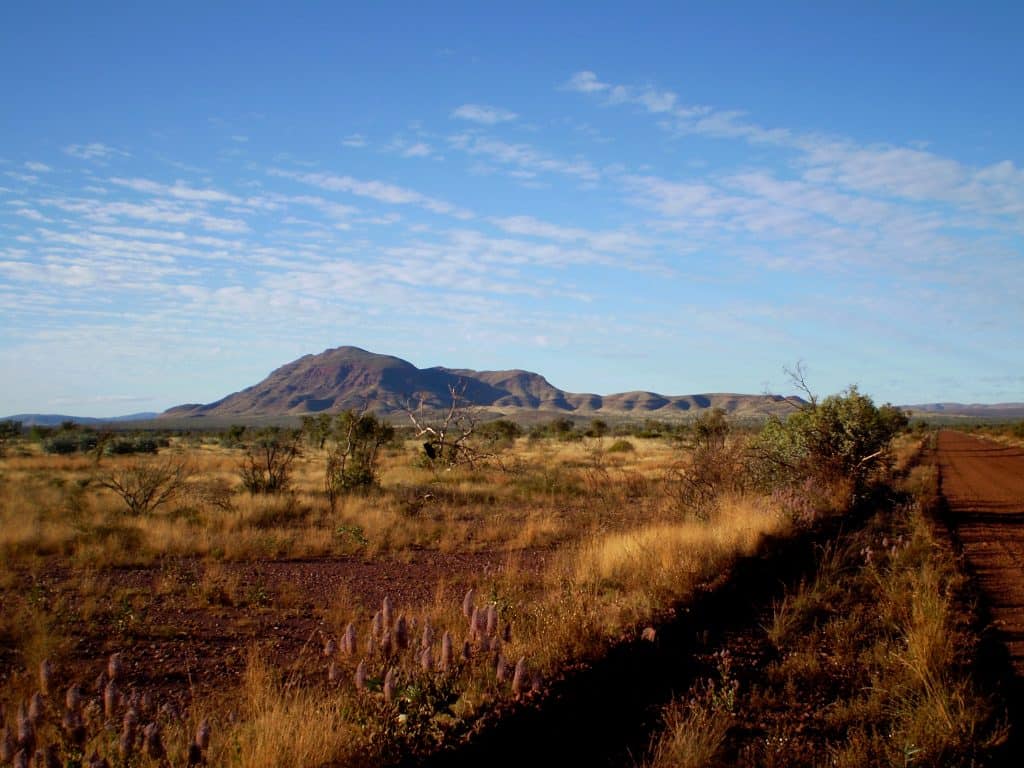 Waiting for the Blowholes to blow

On the trip round the South-Western corner of Australia we visited Torndirrup NP, on the coast near Albany. One of it’s attractions are the Blowholes. Basically, they’re holes in the rock that stretch all the way to the sea below. The oncoming waves press water and air into them, and that water sprays out on top. It can create a fountain several metres into the air.

All of us assembled on the rocks and waited for it to happen. And then we waited some more. But no water was coming out of any rocks, despite there being plenty of waves. Eventually, we had to give up and left without witnessing this spectacle. We had to content ourselves with walking along the cliffs and enjoying the view without water blowing into the air.

If the weather conditions had not been ideal at the Blowholes, they only got worse the next day, when we hiked up to Castle Rock in the pouring rain. Usually an easy climb with great views of Porongurup National Park, on that day it was a mud trail. We all got soaked to the bone, and no one was interested in staying up at the top to look at the view. We were too desperate to get back down and out of the rain. Consequently, when we visited the Castle Rock Winery right after coming back from the hike, everyone crowded around the one heater in the room. 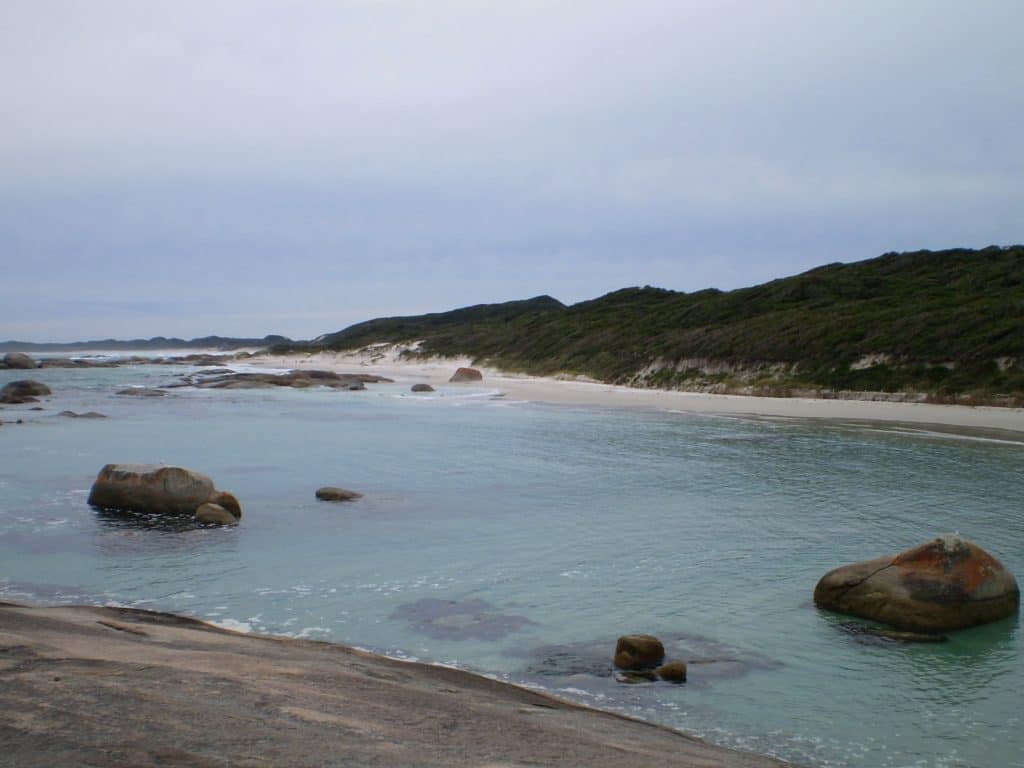 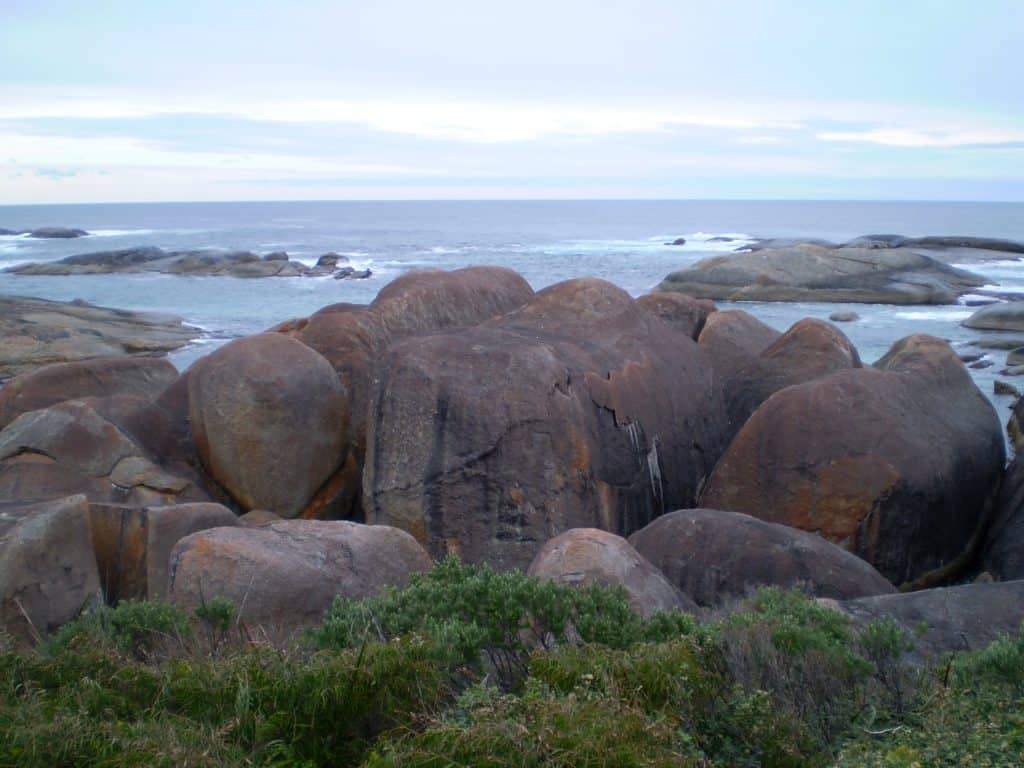 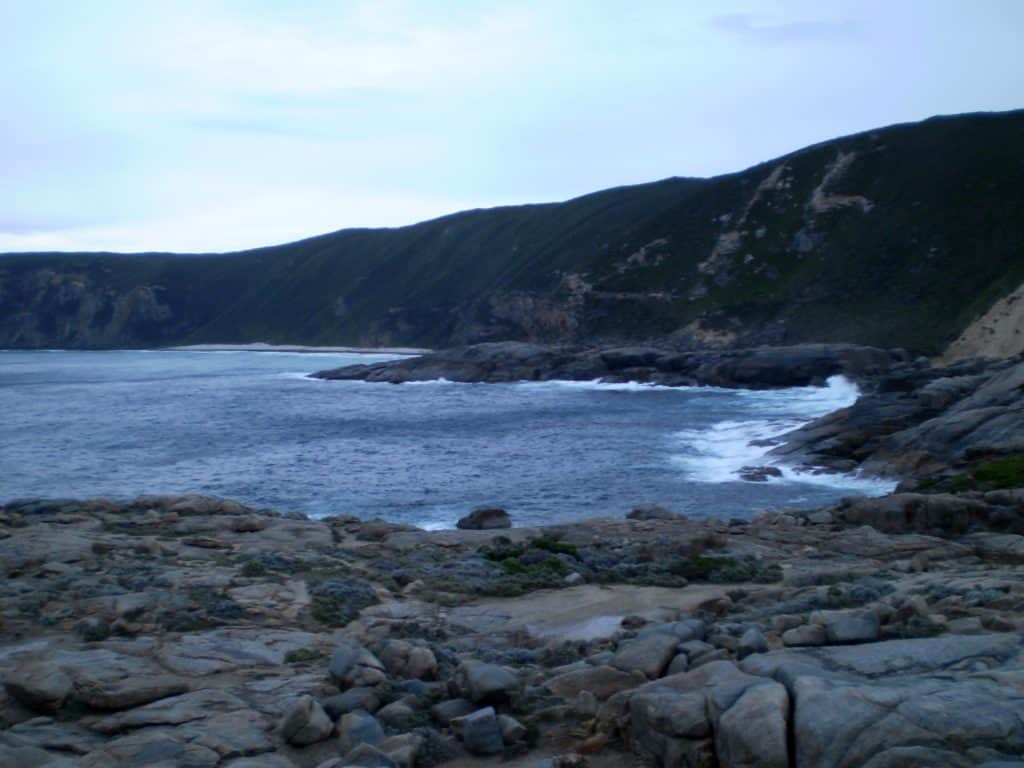 Waiting in vain for the first whale sighting

Finally we returned to Perth and started on our trip North. It meant temperatures climbed up and weather got more bearable. The first days of the tour, while our route kept us close to the coast, we repeatedly stopped at lookouts to see if we could spot whales. Needless to say, we never did.

Some of our group went on a boat tour to snorkel with whale sharks later during the tour. Guess what, they didn’t see any of those either.

The only marine animals that turned up when supposed to was the dolphins at Monkey Mia. A number of wild bottleneck dolphins visits the beach at this little seaside town three times a day for feeding. Tourists can watch them from the water’s edge, and some lucky few even get selected to feed a dolphin themselves. 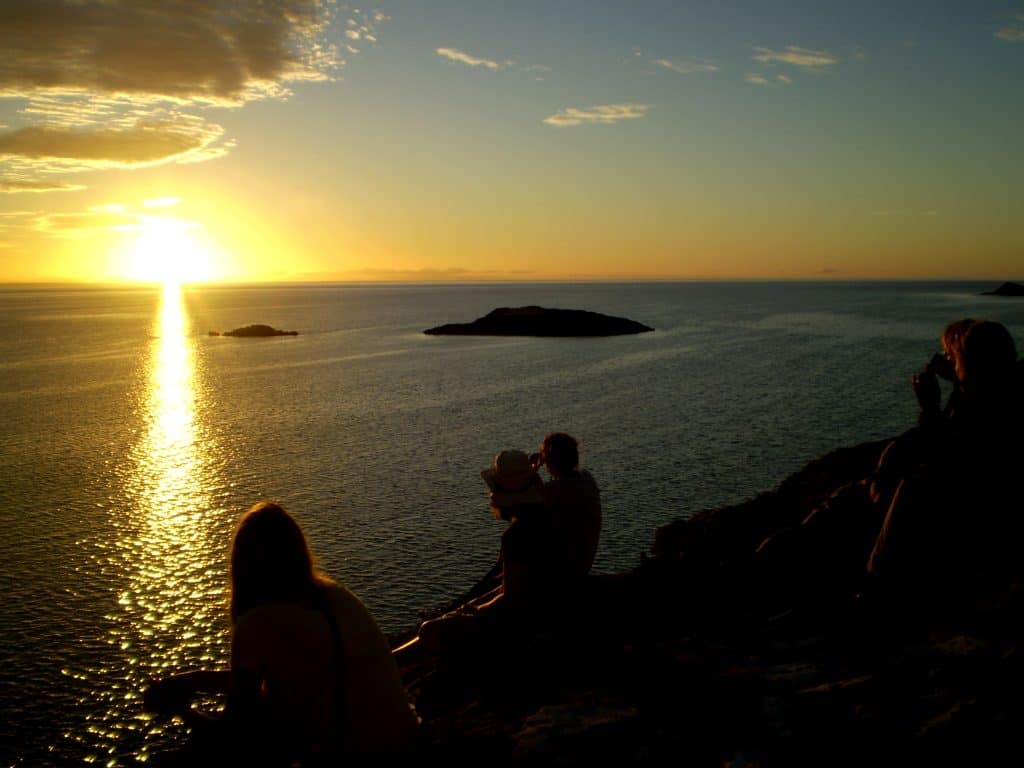 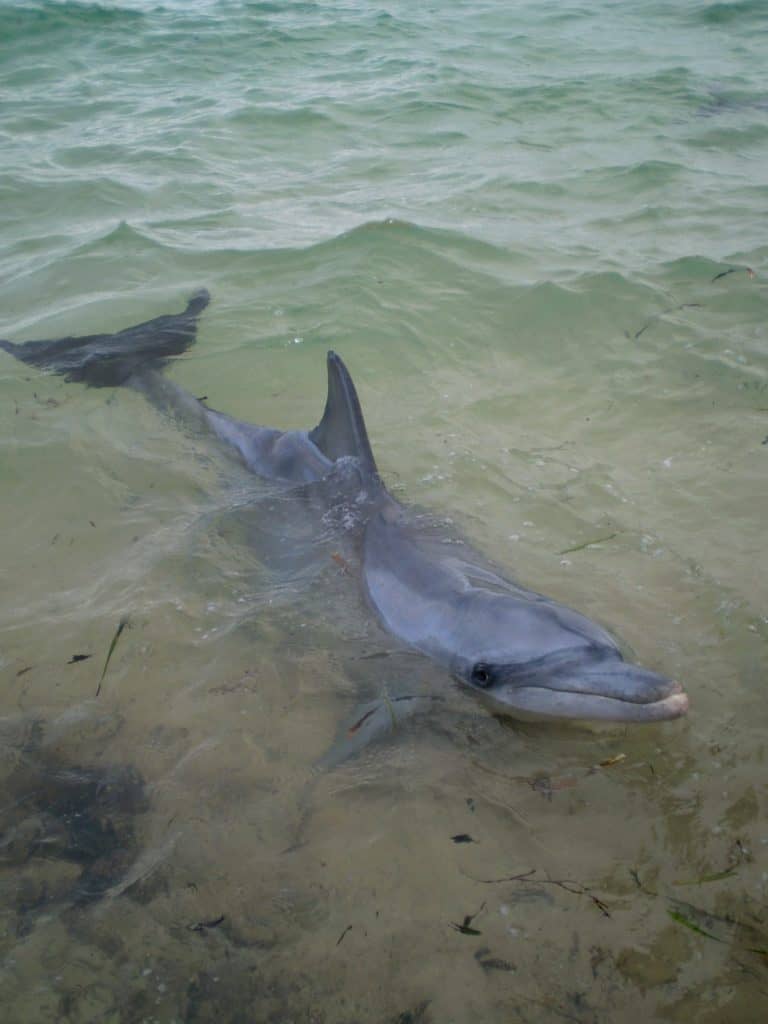 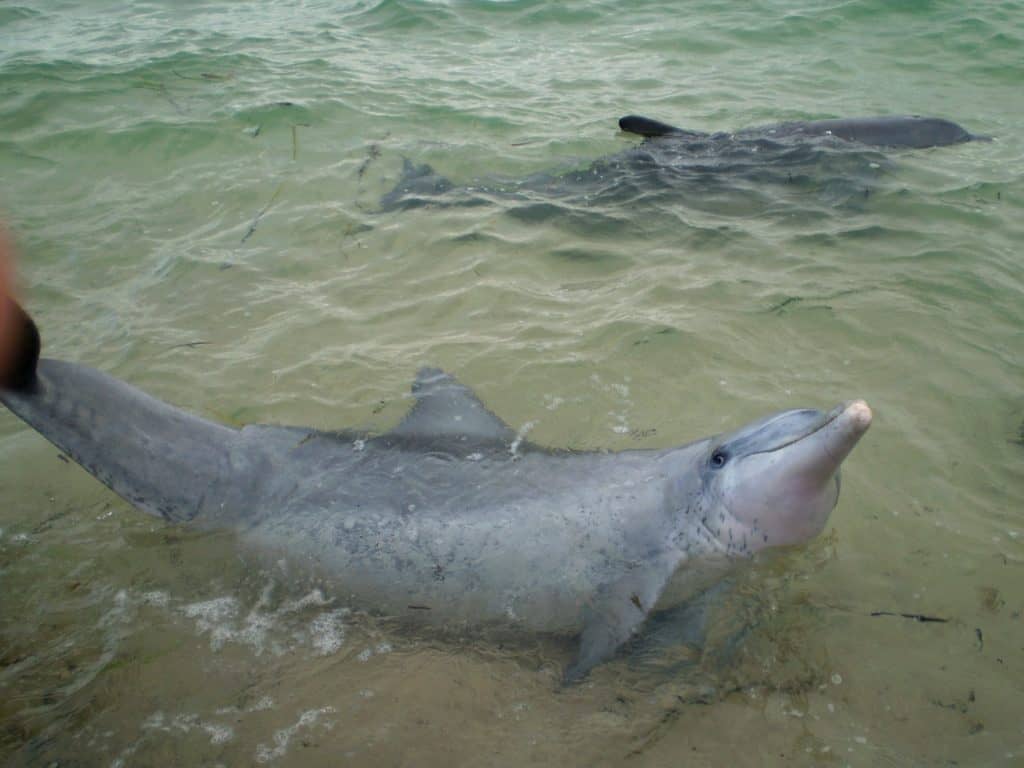 Still at odds with the weather

We thought we had left the rain behind us in the South, but we were wrong. According to locals it never rains as far North as Exmouth during Australian winter, but of course it did while we were there. At least it was warmer than it had been in the South of the country, so the rain was much more bearable.

Only once we left the coast behind and drove inland to Karijini NP we finally got rid of the wetness. Here, finally, we got all we were promised. Heat, sun, and the red dust that is so typical for the Australian outback. It creeps into all your clothes and bags and leaves you looking like you have lived in the wilderness for far too long.

The best escape from the heat and the dust was taking a swim in one of the many natural pools. We tried to fit that in as much as possible during our adventurous walks through the gorges. 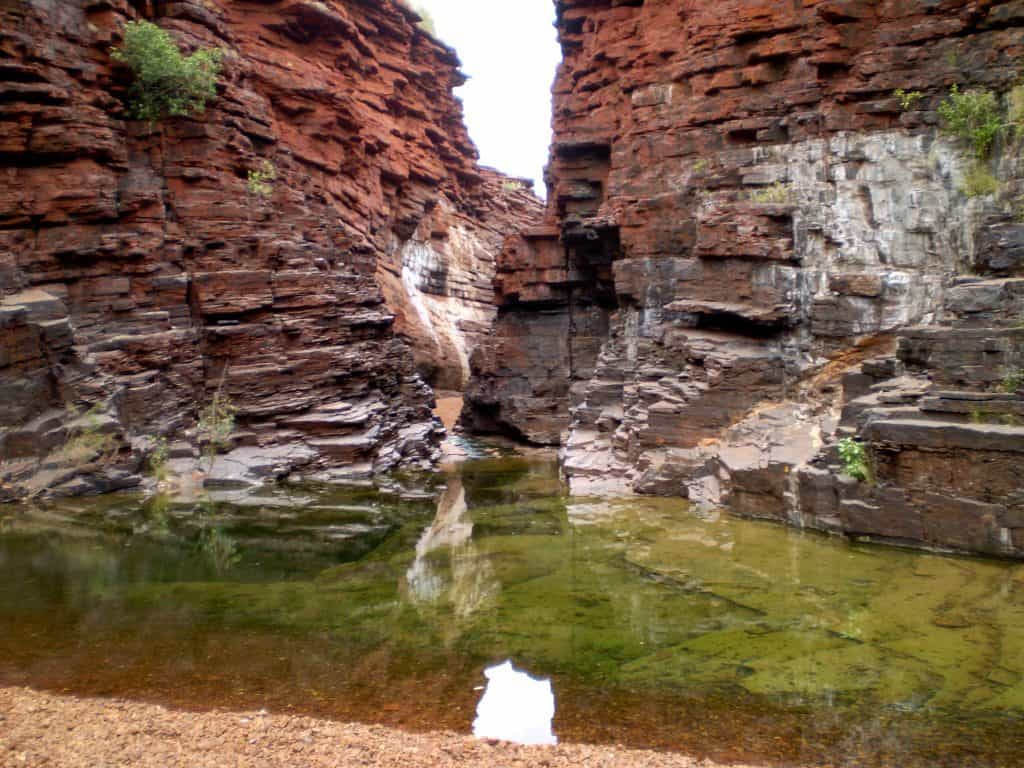 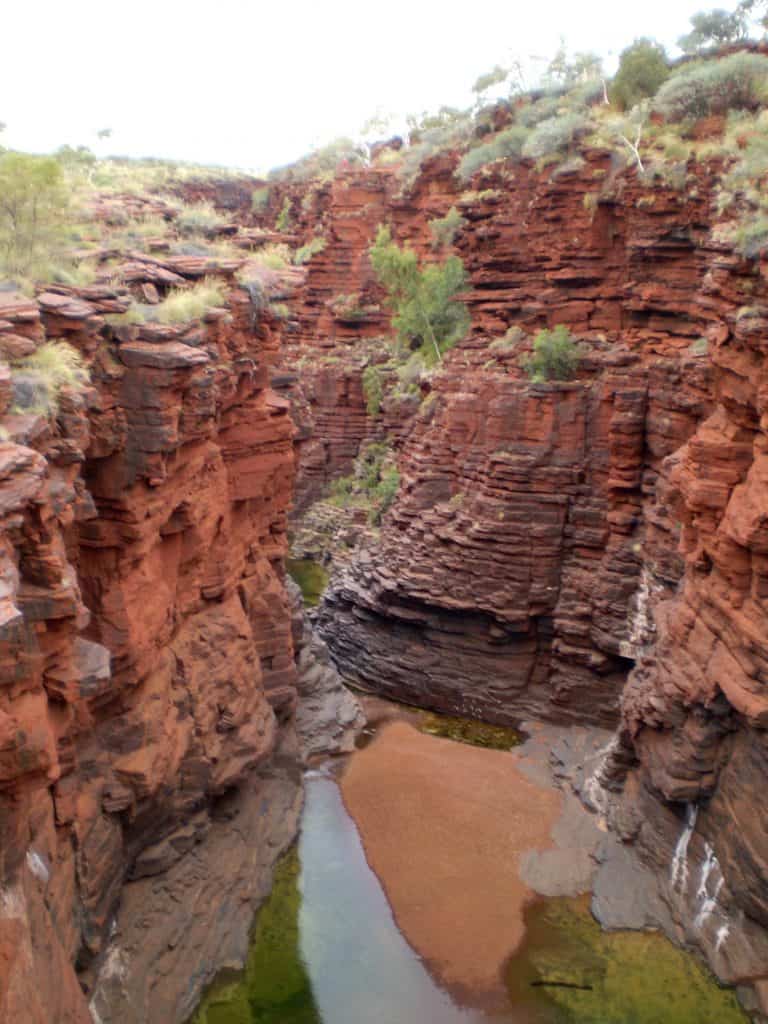 Finally we arrived in Broome, dirty and sweaty but ultimately happy for all we had experienced. Even if a lot of the things didn’t turn out the way they should have. Despite everything that went wrong and that we missed out on, it was still one hell of a trip. Goes to show that when it comes to travel, you just got to make the best of each moment.

Have you been to Western Australia, or are you planning to go there? What are you hoping to see that I missed out on? Share in the comments! 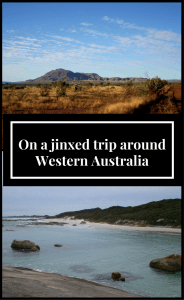