Warning: Parameter 2 to wp_hide_post_Public::query_posts_join() expected to be a reference, value given in /home/globali6/public_html/wp-includes/class-wp-hook.php on line 287
 How I fell in love with Barcelona • Global Introvert Skip to content

How I fell in love with Barcelona

If you haven’t been to Barcelona yet, you probably heard a lot about it. After all, it’s one of the most visited cities in Europe. So your expectations may be high. Let me tell you: Barcelona meets them all!

Have you ever come to a new place, one you’ve never been to before, and you felt instantly at home? Like you could move there right this moment and would totally fit in? That’s how I felt about Barcelona. And this is not something that happens in every place I go to. Barcelona was exciting and stimulating, friendly and welcoming. It’s always hard to pin down exactly what makes a city so attractive, but I’ll try to explain to you what is so special about Barcelona. 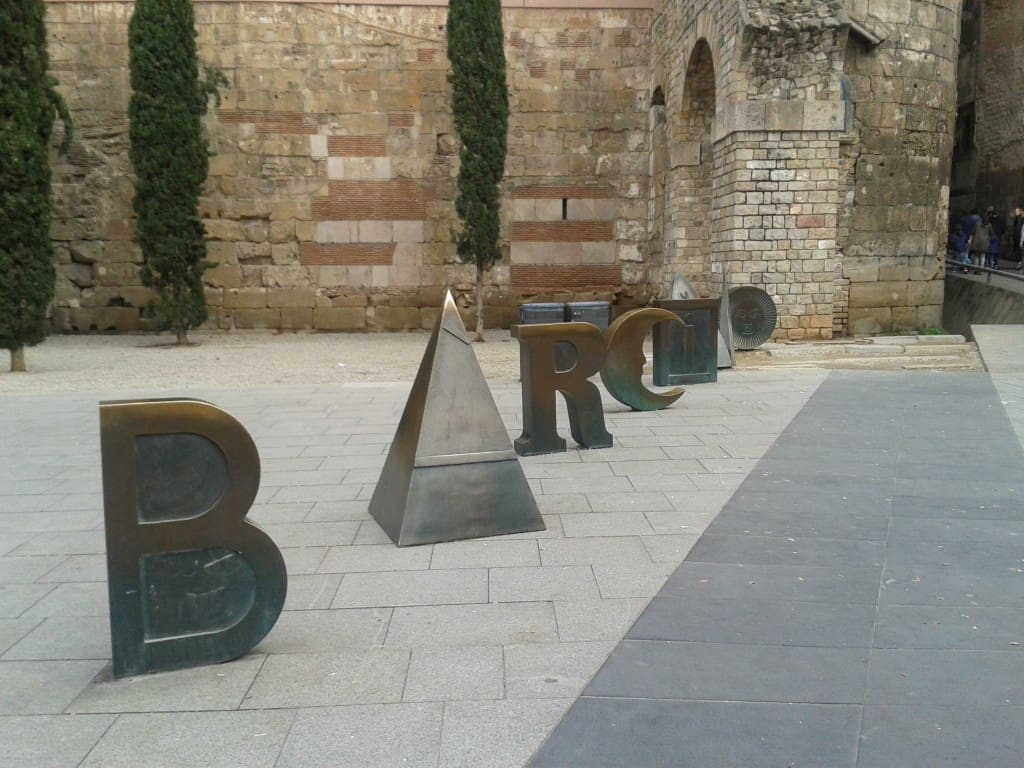 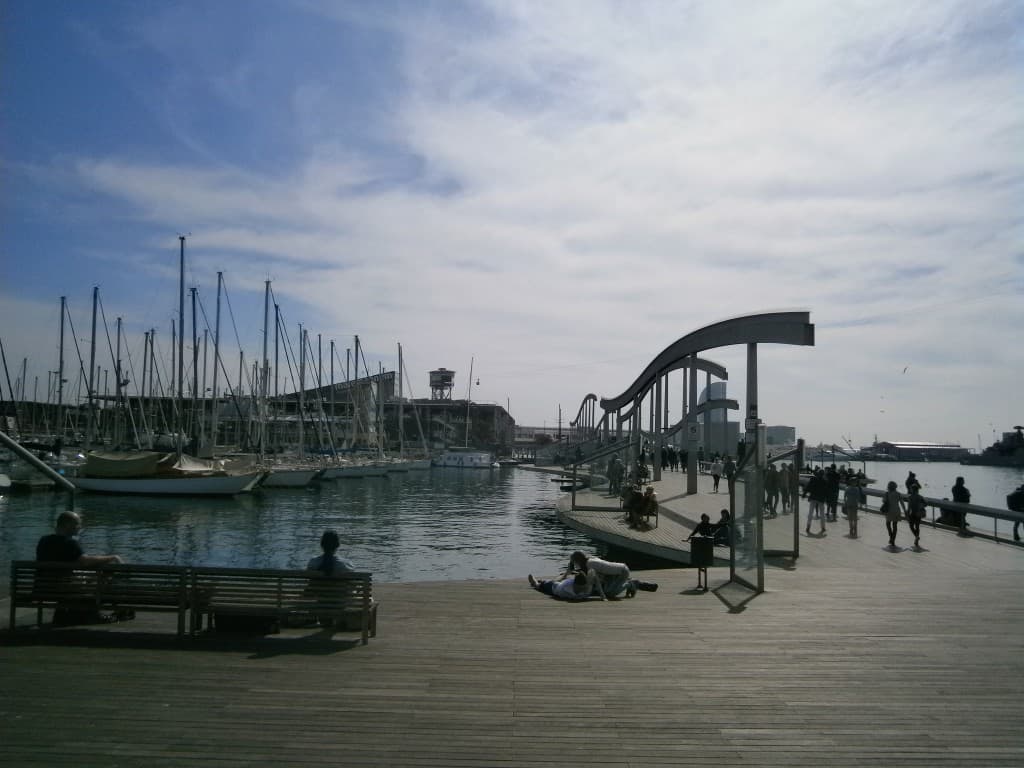 Interestingly enough my trip started out anything but ideal. A three and a half hour delay at the airport meant I didn’t arrive in Barcelona until past midnight. My first ever impression of Spain was one of the late-night partygoers on the famous tourist boulevard La Rambla and deserted side streets on the way to Hostal Levante in the Gothic quarter.

From the outside, the hotel doesn’t look like much. For a second I panicked that the door would be locked and no one there to check me in. But I didn’t need to worry. The door opened when I rang the bell and after riding the not very trustworthy looking elevator to the second floor, where the reception is, I made it to my room at about quarter to two in the night. It was a tiny room with only basic furniture, but clean and comfy, and by this time all I needed was a bed anyway. 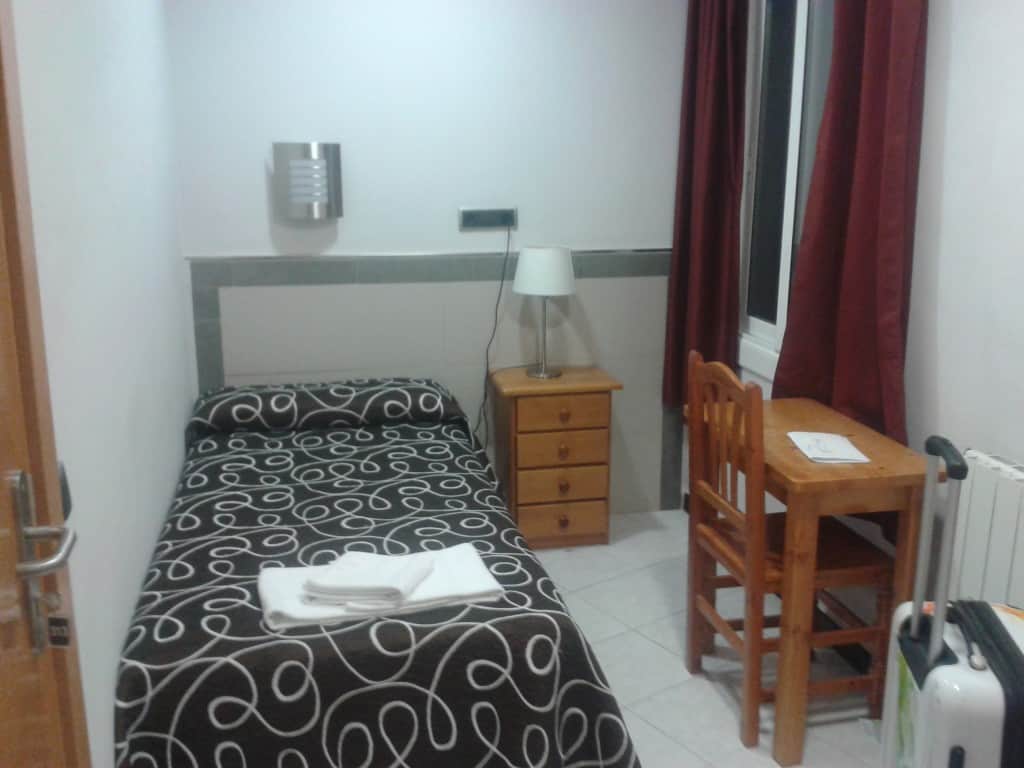 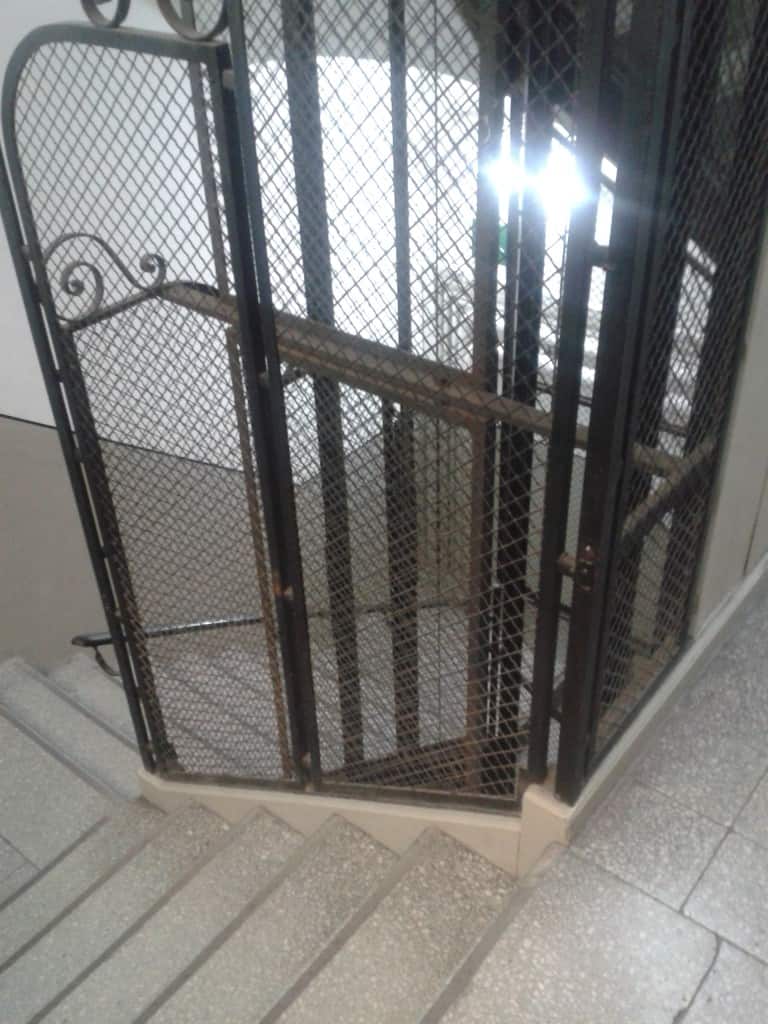 As soon as morning came, the hardships of the day before were forgotten. Barcelona presented itself in all its glory. Late March is a great time to visit because the city is not yet so crammed with tourists, prices are down as it’s still low season, but the weather already goes up to a sunny 20 degrees at midday. Perfect for exploring.

I had decided to kick it off with a free walking tour. They’re a great way to get to know a new city because the guides are all very knowledgeable and fun. On top of the tour itself, you get loads of tips on what else to do and how to do it without spending more money than necessary. Oh, and it’s free to join. Does it get better than that?

I did three guided tours with Free Walking Tours Barcelona during my week in the city: first the Gothic quarter, then the Gaudi tour that visits several of his famous buildings plus some other famous architecture, and ends at La Sagrada Familia. Lastly, the Alternative Tour leads through the less touristy quarter on the other side of La Rambla, El Raval. 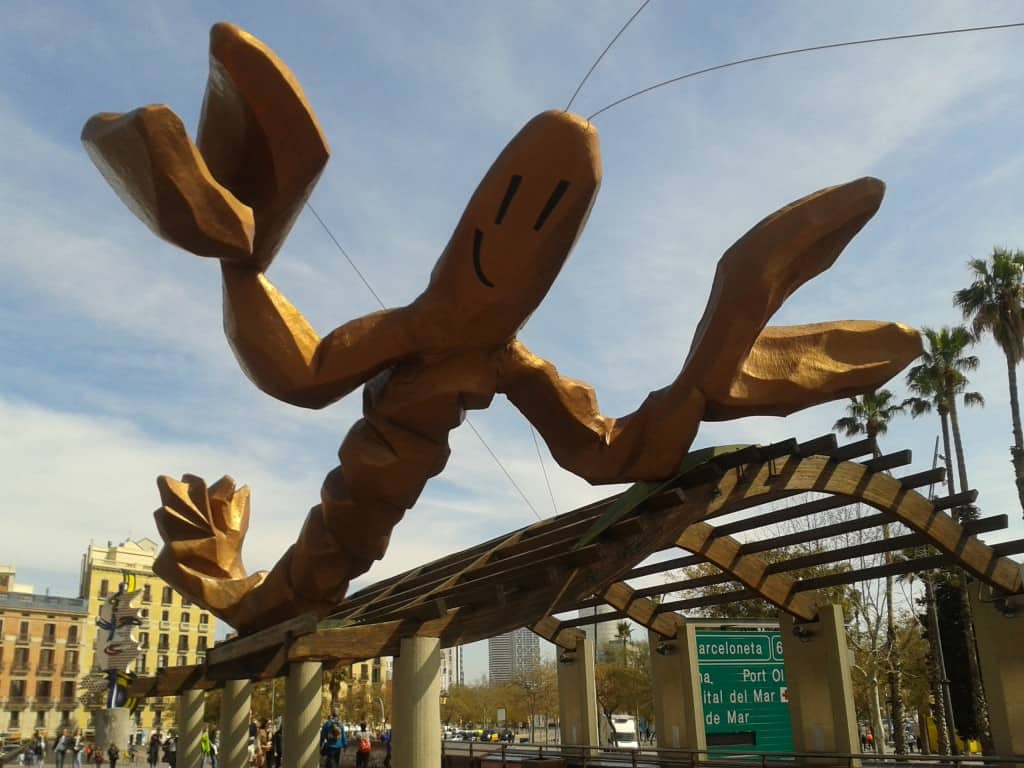 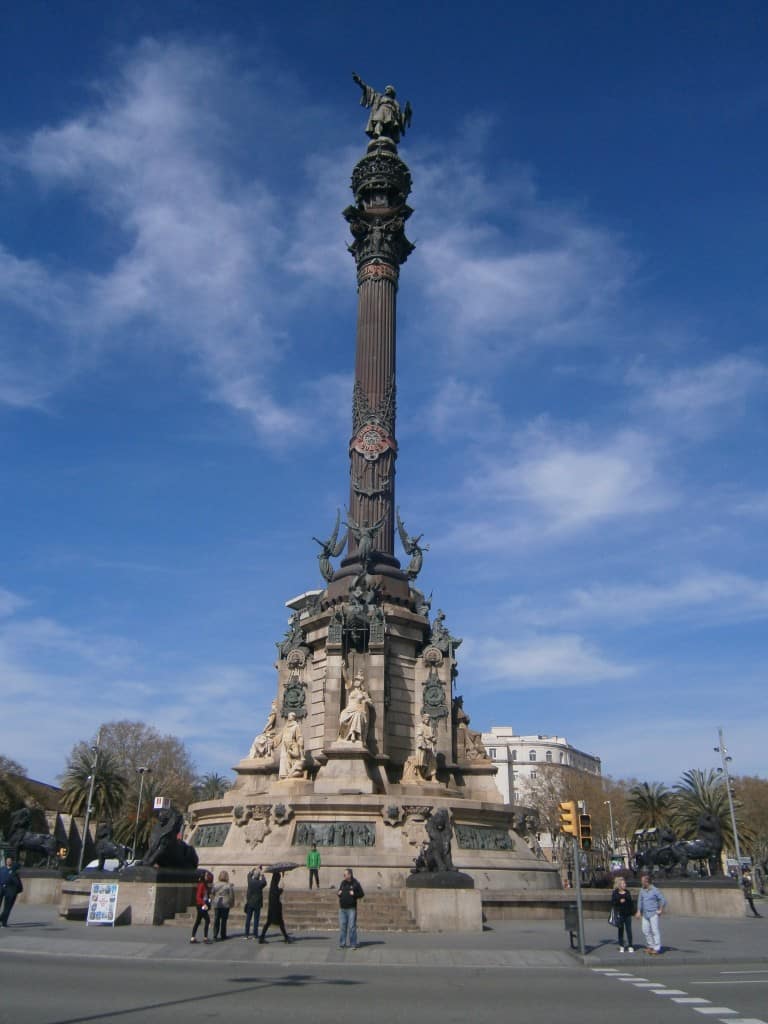 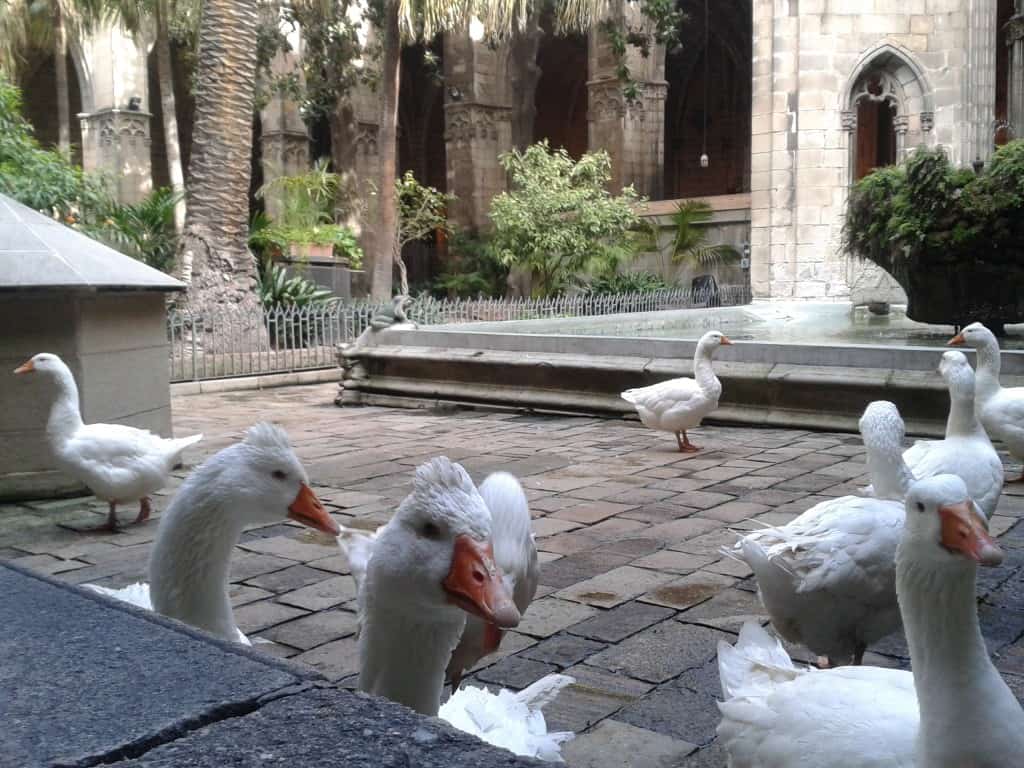 The different faces of Barcelona

Barcelona has many different quarters which were built at different times with different kinds of architecture. The effect is that some parts of the city feel completely different to others. I spent the week trying to explore as many of them as possible, some with the walking tours and some on my own. While I had some favourites, they all possessed certain features of interest, of beauty and of architectural uniqueness. Not that I’m an expert in architecture, but in Barcelona, you can’t get past it. The extraordinary buildings and landmarks stare you in the face wherever you go. 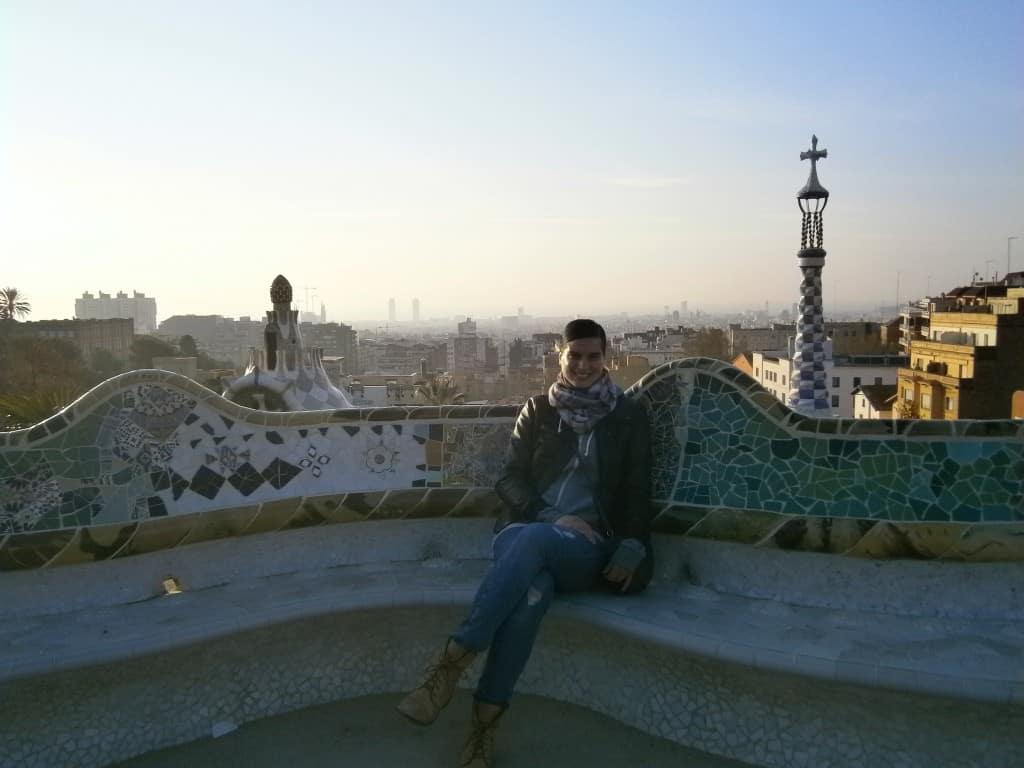 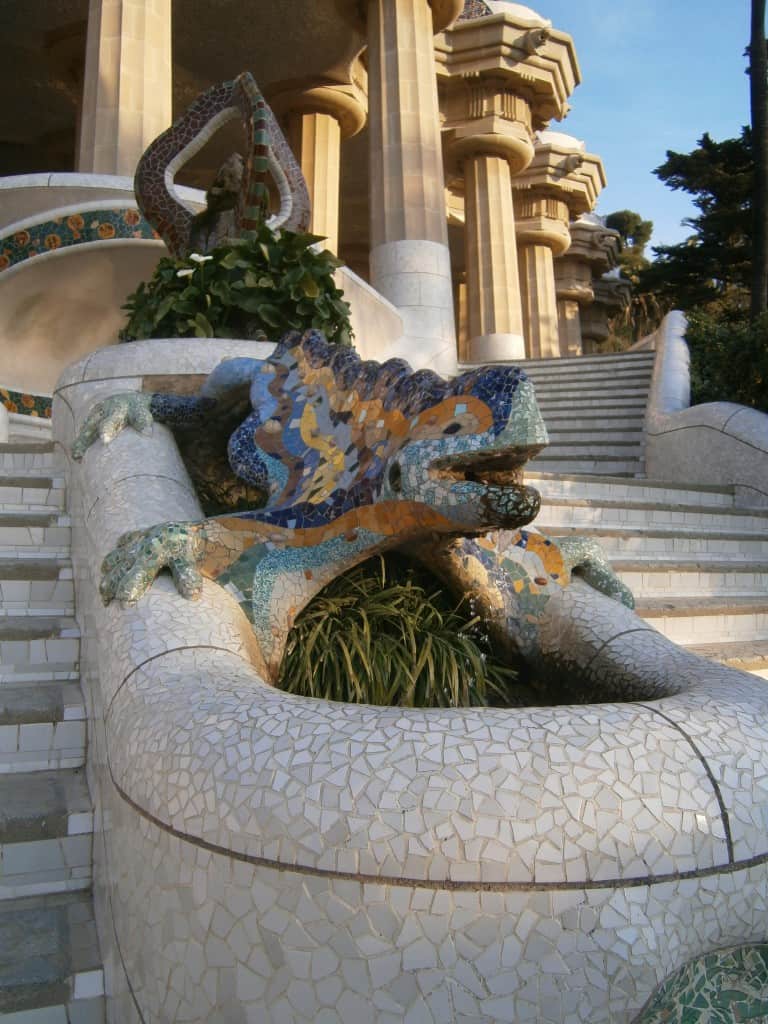 The Gothic quarter is the old part of town. With its narrow streets leading through rows of old buildings, you can easily get lost. But it doesn’t bother you because every time you do, you end up discovering a new corner that you haven’t been to yet, find a new little shop or a cute cafe serving churros and croissants. 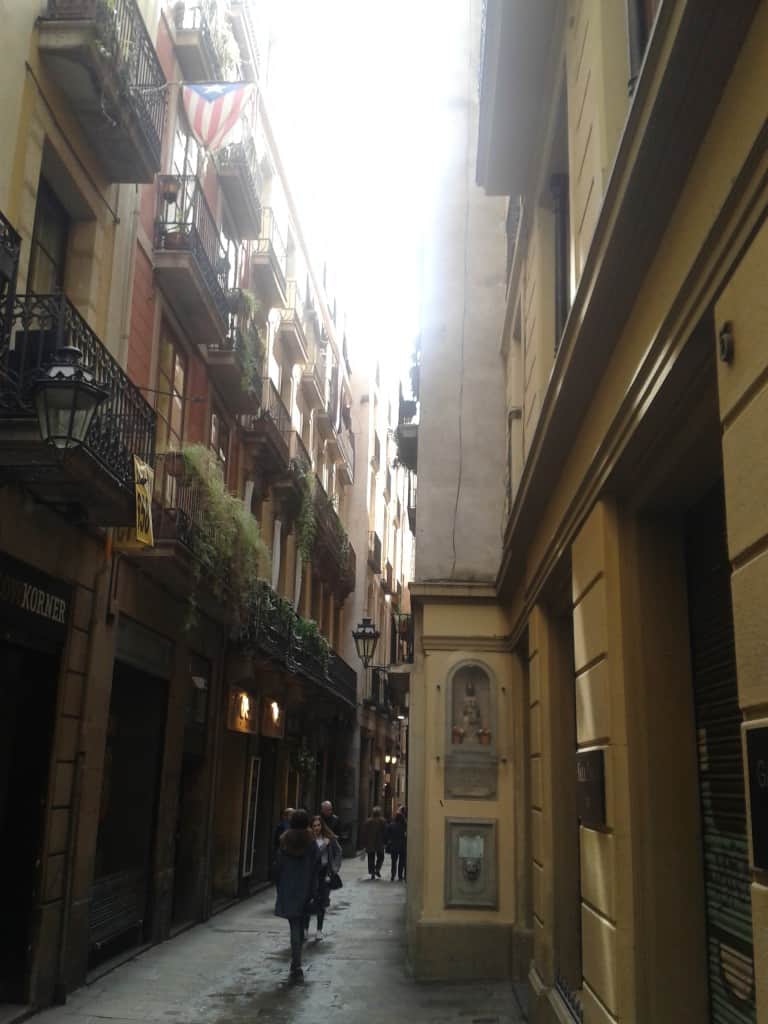 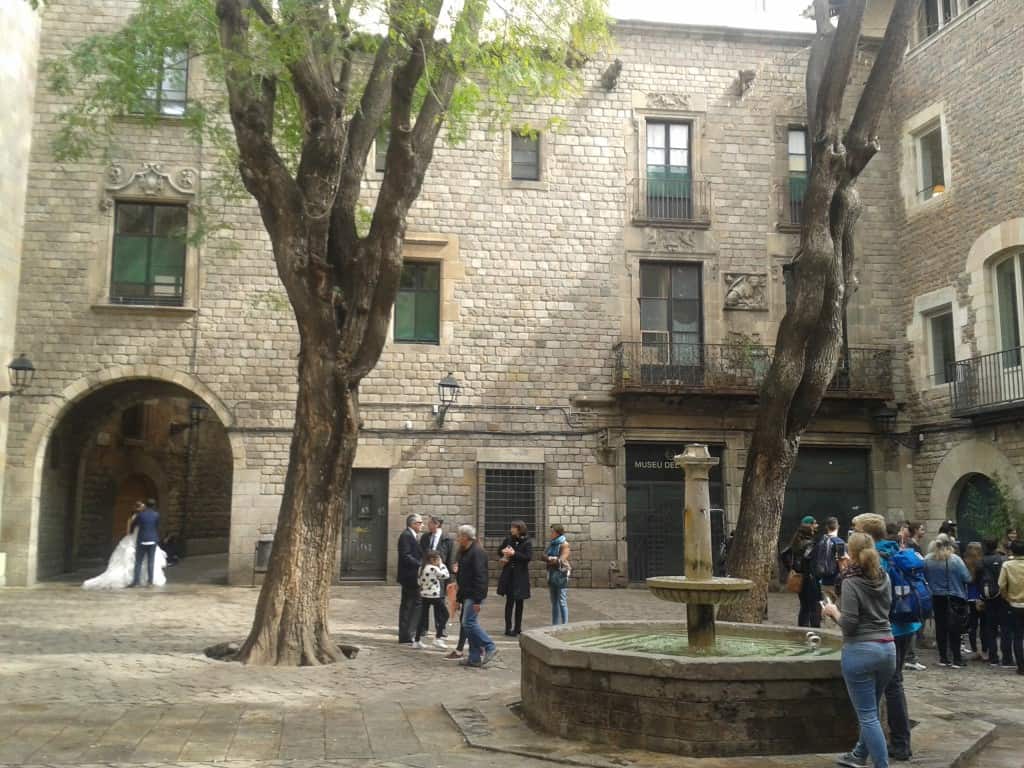 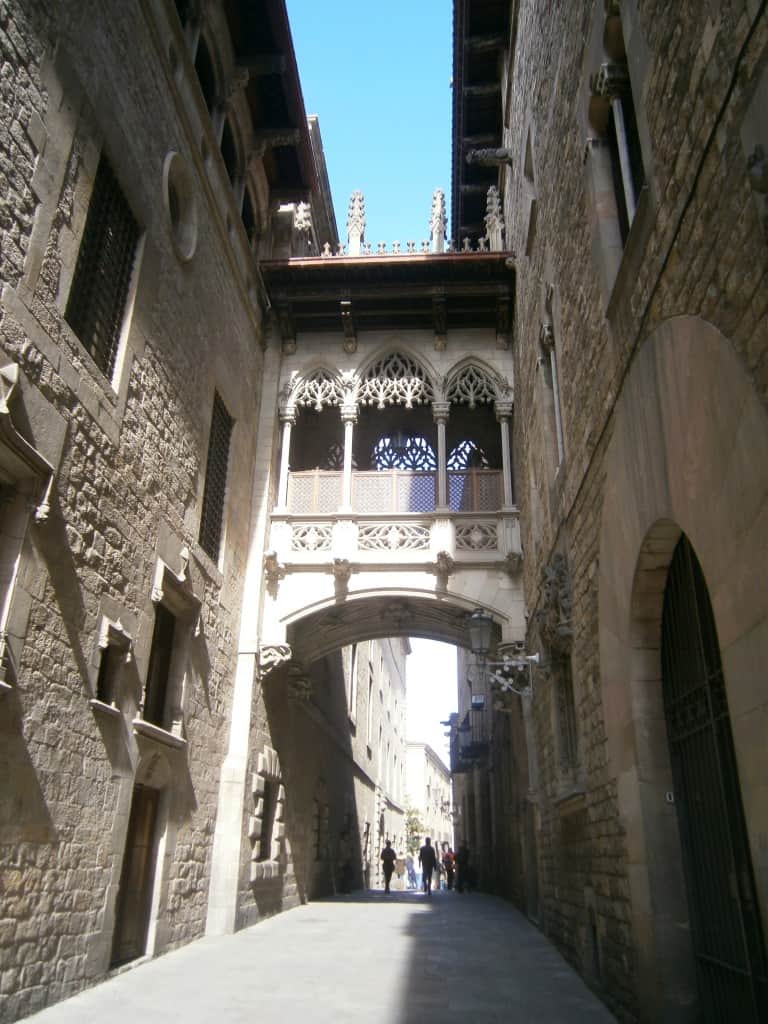 L’Eixample: it’s all about Gaudi

Then there is L’Eixample, the newer quarter, with its wide streets and buildings specifically designed to let in sunlight and to make it feel warm and spacious. It’s there you find some of the famous buildings by Gaudi, as well as those of other renowned architects. And of course, there’s Sagrada Familia, a masterpiece of a cathedral. It’s already spectacular now, I can only try to imagine what it will look like when it’s finished. Which is supposed to be in ten years. Not sure if I quite believe that, but if they manage it I’ll definitely have to come back and see how it turned out. 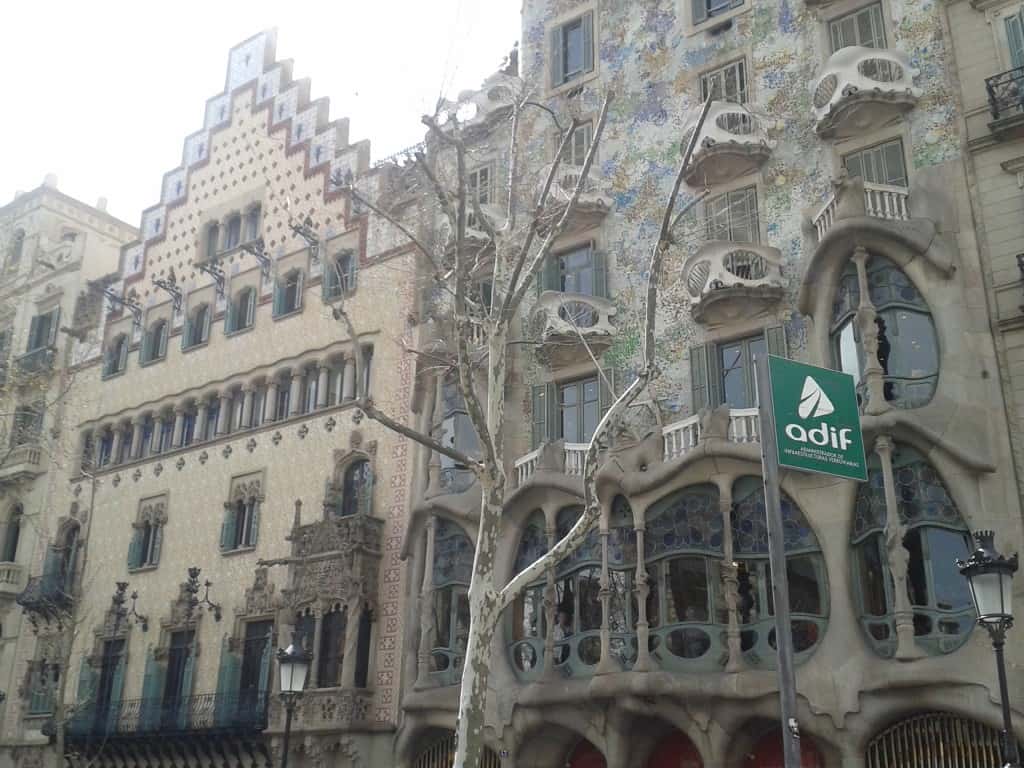 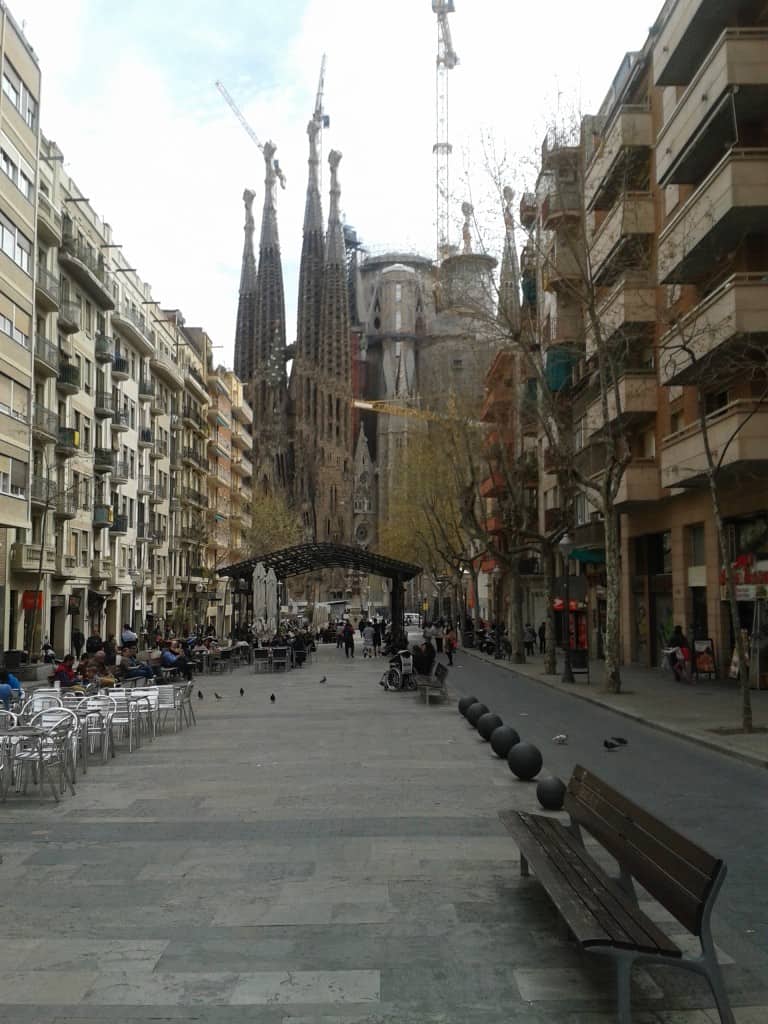 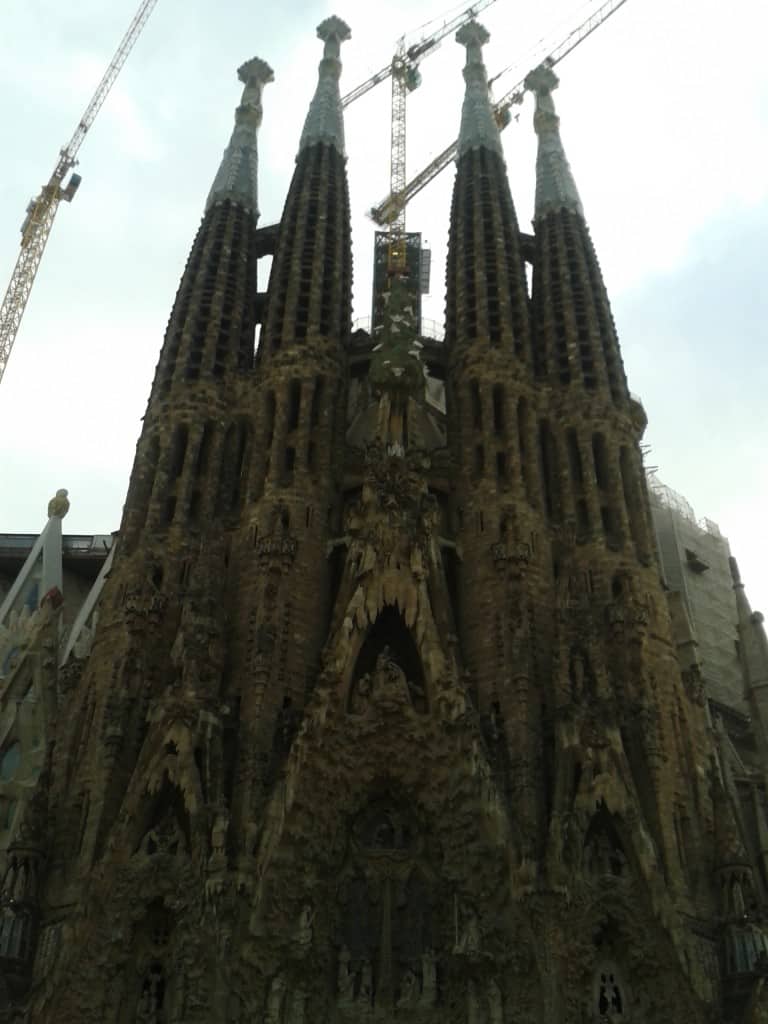 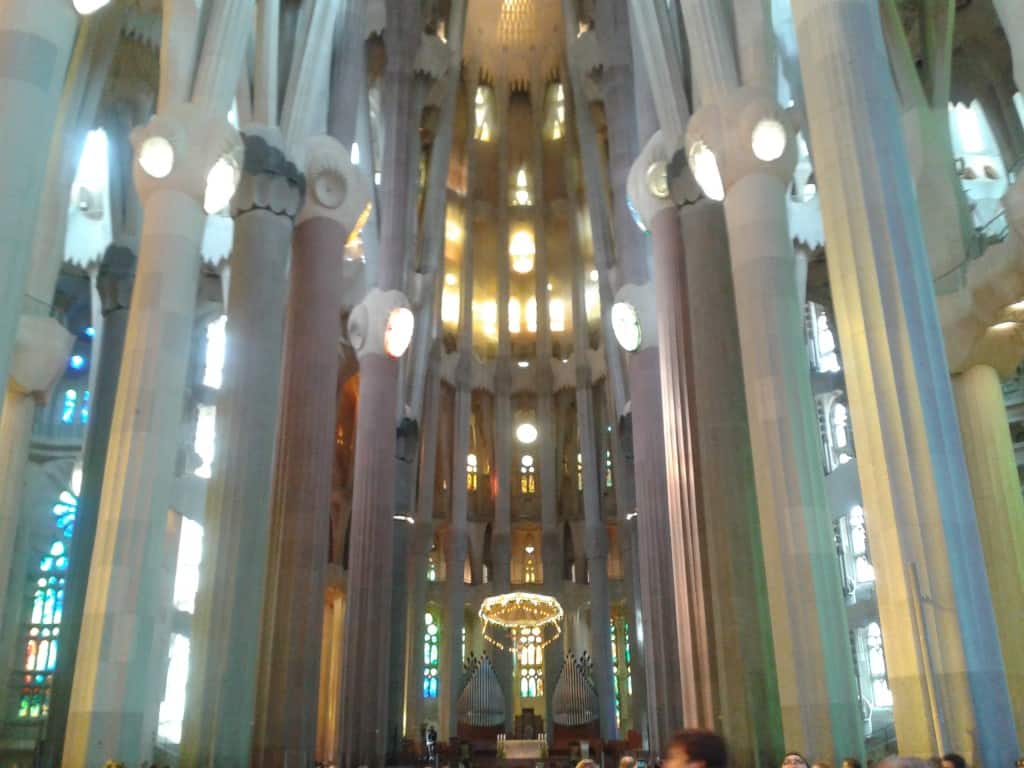 Off the beaten track

There are less touristy quarters that are worth exploring as well. Sant Pere and Santa Caterina will make you feel like you stepped through a portal back into the middle ages. Then there’s El Born which features some of the best restaurants I’ve been to during my trip, serving great Spanish food at affordable prices. Even El Raval, which has the reputation of being poor and a bit shady, has a certain charm with its history and its alternative art forms. I was on a walking tour of its street art, and the guide also pointed out some good bars and clubs that are not so overcrowded by tourists. 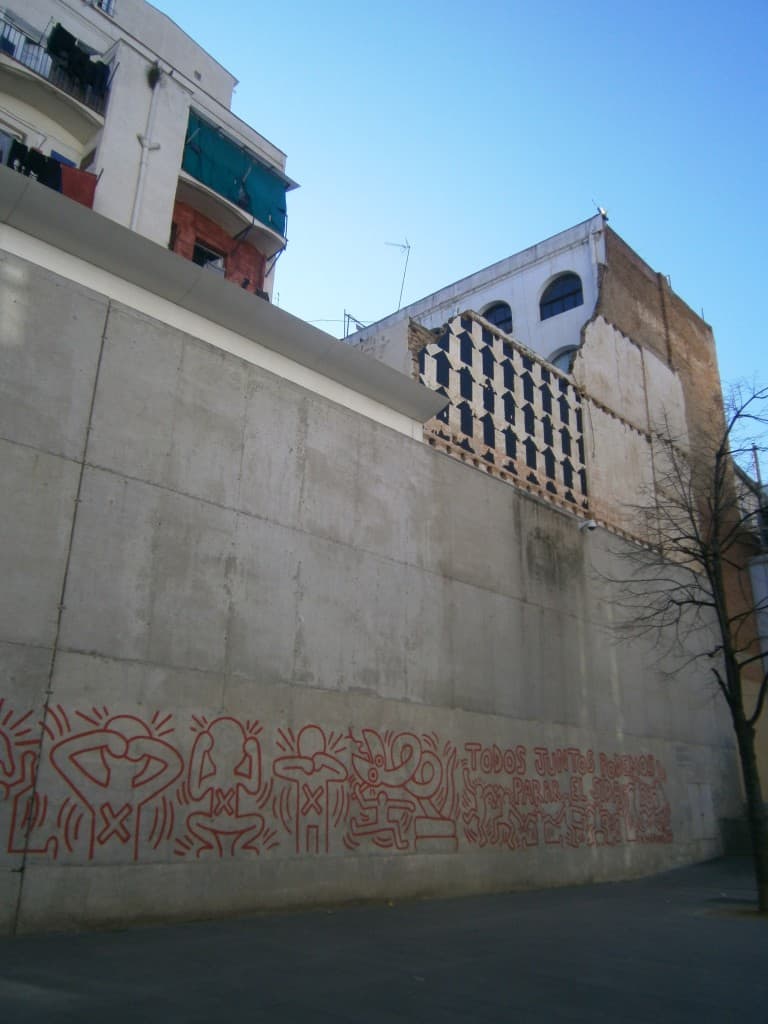 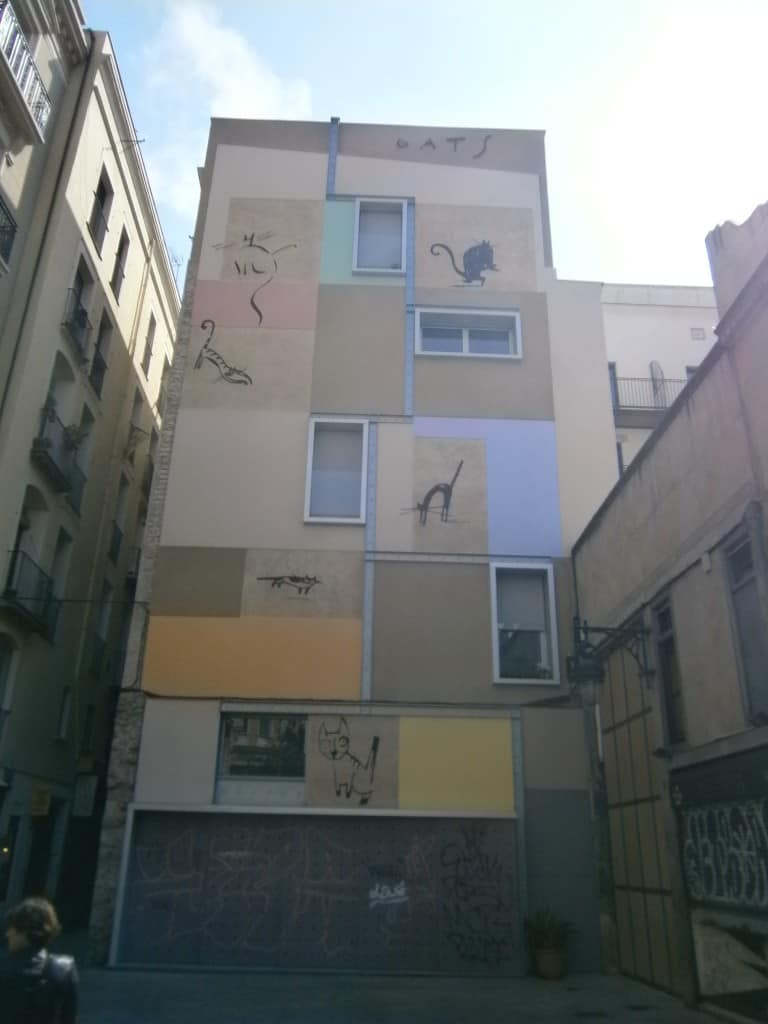 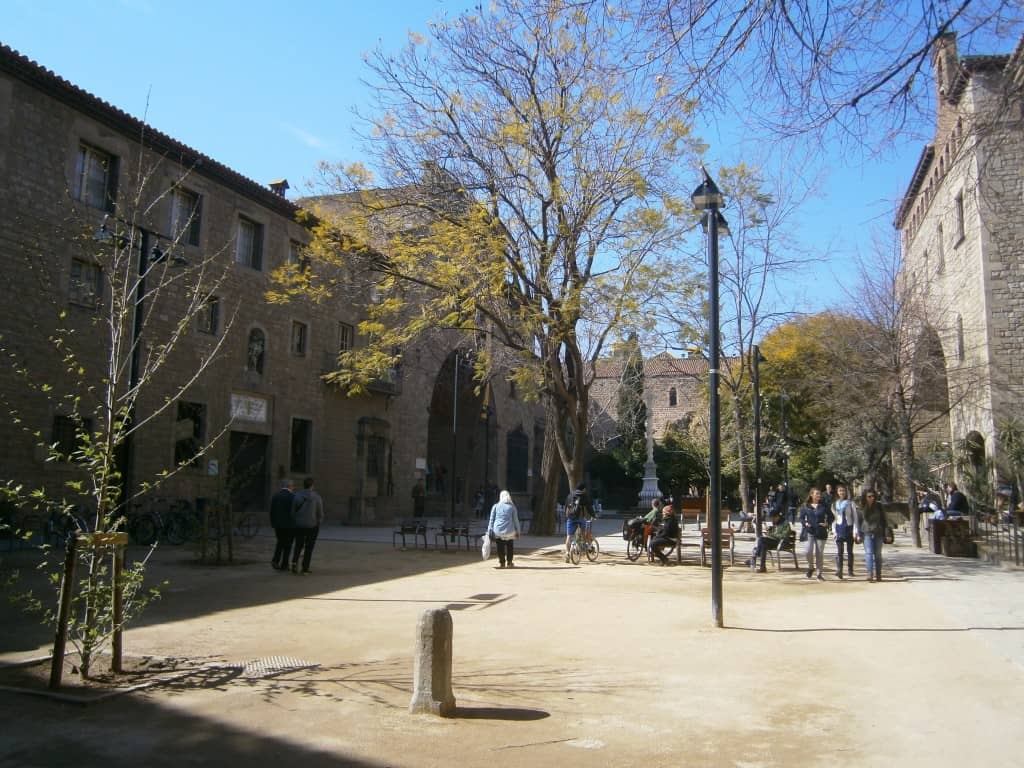 Of course, there is also Barceloneta with its beaches. Every city that has its own beach (plus the kind of weather that enables you to properly use it) already has a plus in my book. It was not quite warm enough for me to jump into the Mediterranean Sea yet, however. Although I saw some people game enough to do it. It was certainly nice enough to spend a day wandering along the shore and get a slight sunburn in the process. 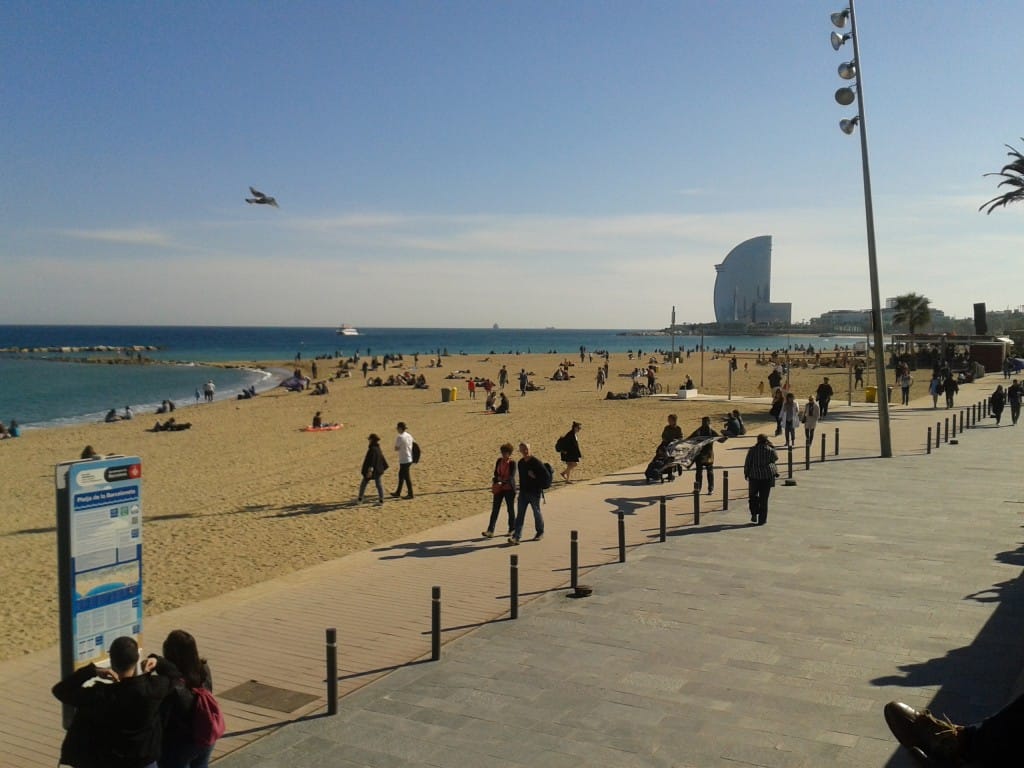 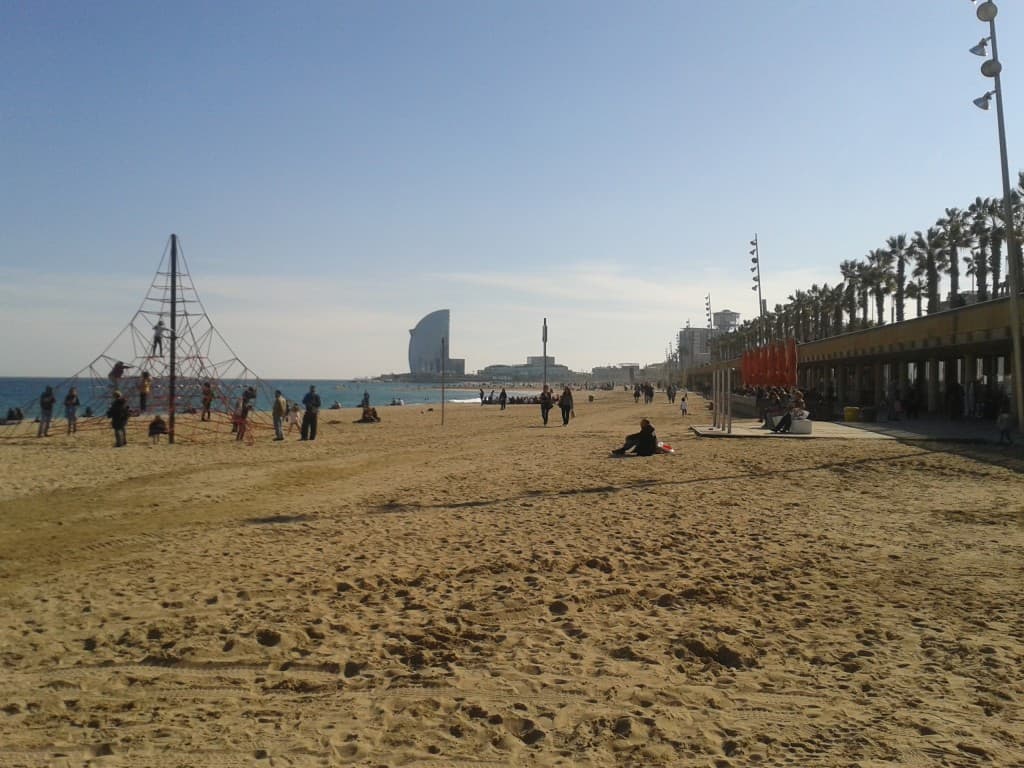 Conclusion: Barcelona really is a beauty

With all this diversity, Barcelona is still small in international comparison. There are only about 1,6 million people living there. Maybe that too is part of its charm. It’s small enough to still feel personal and friendly, rather than anonymous. I had heard before I left that Catalan people are not the friendliest when it comes to customer service. That was the reason the guide on my first walking tour taught us some Catalan words. Greeting them in their own language and thus showing respect for their culture can apparently work wonders.

From my own experience, I found them to be very friendly no matter in what language I talked to them. Of course, you could say that Germans are not very renowned for their customer service either. Maybe I simply arrived with lower expectations than others. Either way, I found the people in Barcelona always very nice and welcoming. And why shouldn’t they be, considering they are lucky enough to live in one of the most beautiful cities on the planet? 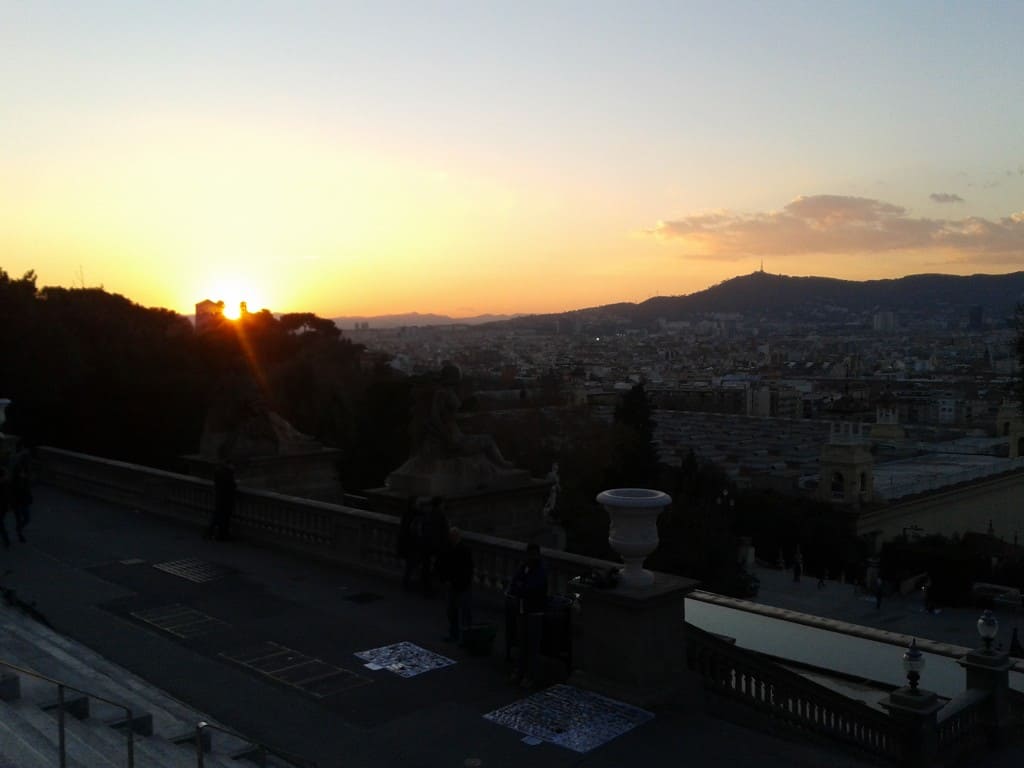 Have you been to Barcelona? What are your favourite parts of the city? Share in the comments! 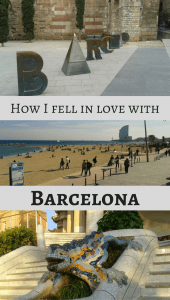