Warning: Parameter 2 to wp_hide_post_Public::query_posts_join() expected to be a reference, value given in /home/globali6/public_html/wp-includes/class-wp-hook.php on line 287
 How horrible is British food really? • Global Introvert Skip to content

How horrible is British food really?

Spoiler alert: the answer is not at all.

British food does not have the best reputation. I well remember watching the comic Asterix in Britain as a child and laughing at how the English put everything in mint sauce. And my mum always talked about the terrible English breakfast.

Since I have travelled to Britain myself, however, my view of British food has undergone a drastic change. I have never eaten anything but well in the UK. Moreover, I have picked up quite a few English habits. Tea with milk, anyone?

If you’re still among the people who thing the words British and cuisine don’t go together very well, maybe this list of my favourite English foods can convince you otherwise. 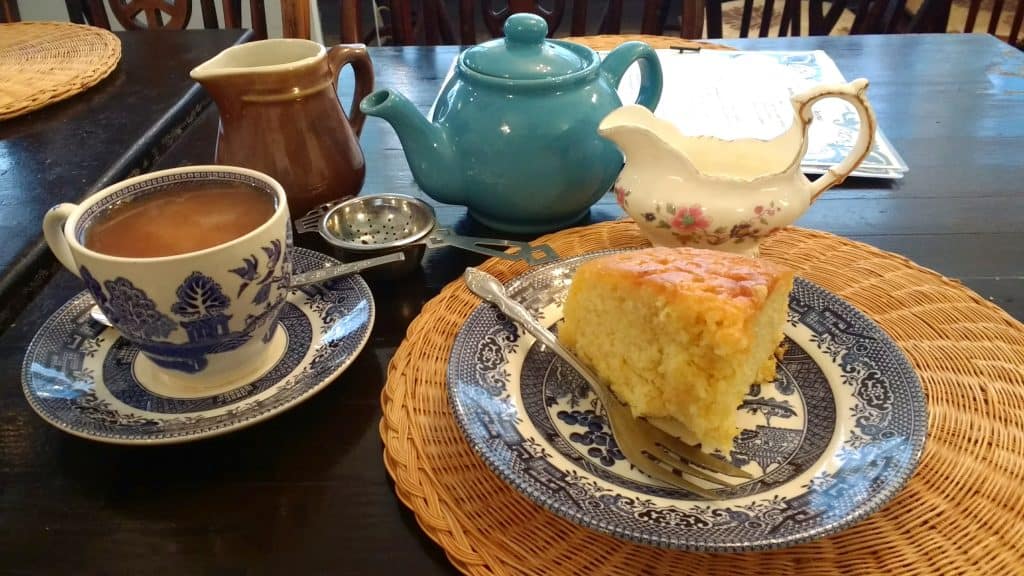 There’s simply no way I can talk about British food and not mention this most famous of their meals. And that despite the fact I don’t even like fish a lot. Still, I have tried it once when I was in St Ives, Cornwall, because according to my guide this was where you get “the best fish and chips in the whole world of Cornwall”. His words, not mine. All I say to that is that they were delicious, even to a non-fish-eater like me. 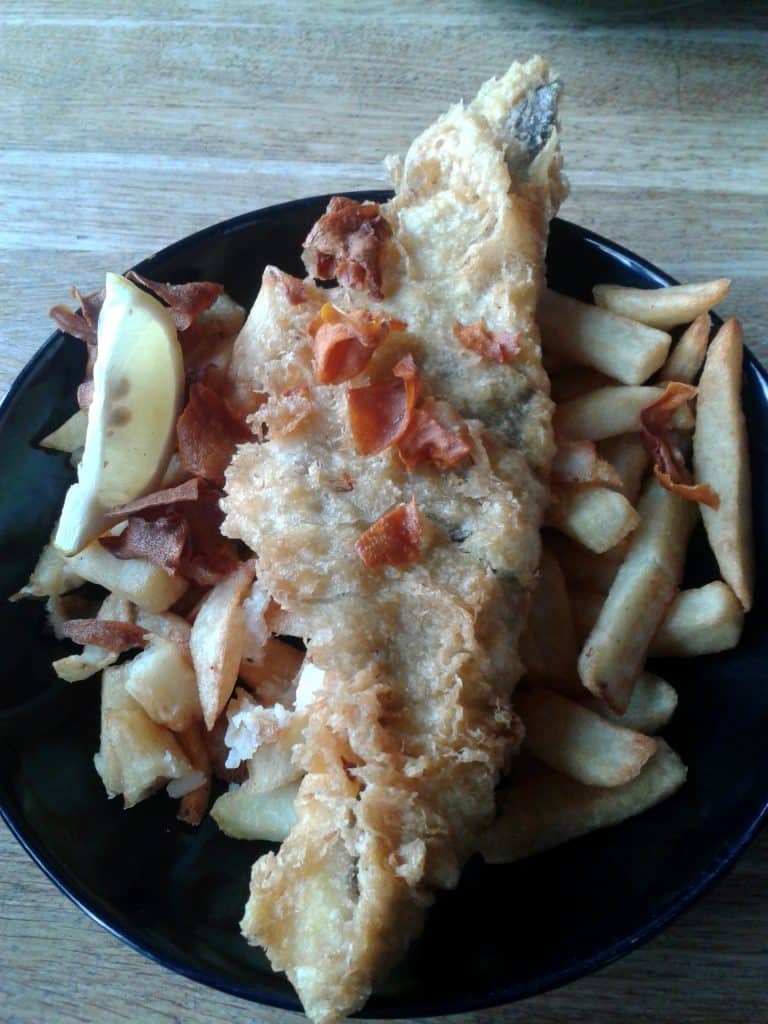 When in doubt where to eat on your England trip, go to a pub. Their food is usually affordable, simple, and good. The typical menu includes aforementioned fish and chips, pies, and mac and cheese. Plus burgers and sandwiches. Nothing fancy, but it’s good and it fills you up sufficiently.

On top of that, being in a pub, you obviously have a great choice of drinks to go with your food. For me this really is the quintessence of an English meal. 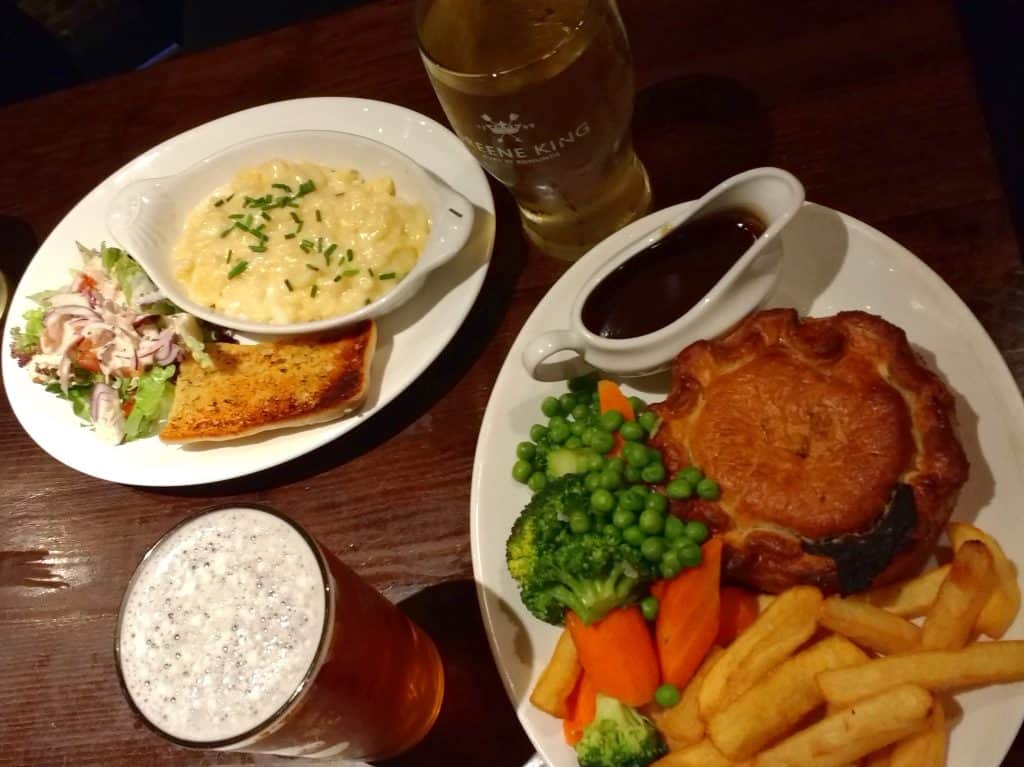 I had my first proper Sunday roast on my recent trip to Brighton, and I loved it!

This is also a typical pub meal, but is a bit more special. Traditionally served on Sundays (hence the name), the Sunday roast consists of roasted meat and roast potatoes, served with veggies, gravy, and yorkshire pudding. There’s often several choices regarding the kind of meat you want and which vegetables to go with it.

You find it served in most English pubs. It’s a bit more pricey than your average pub meal, but absolutely delicious. 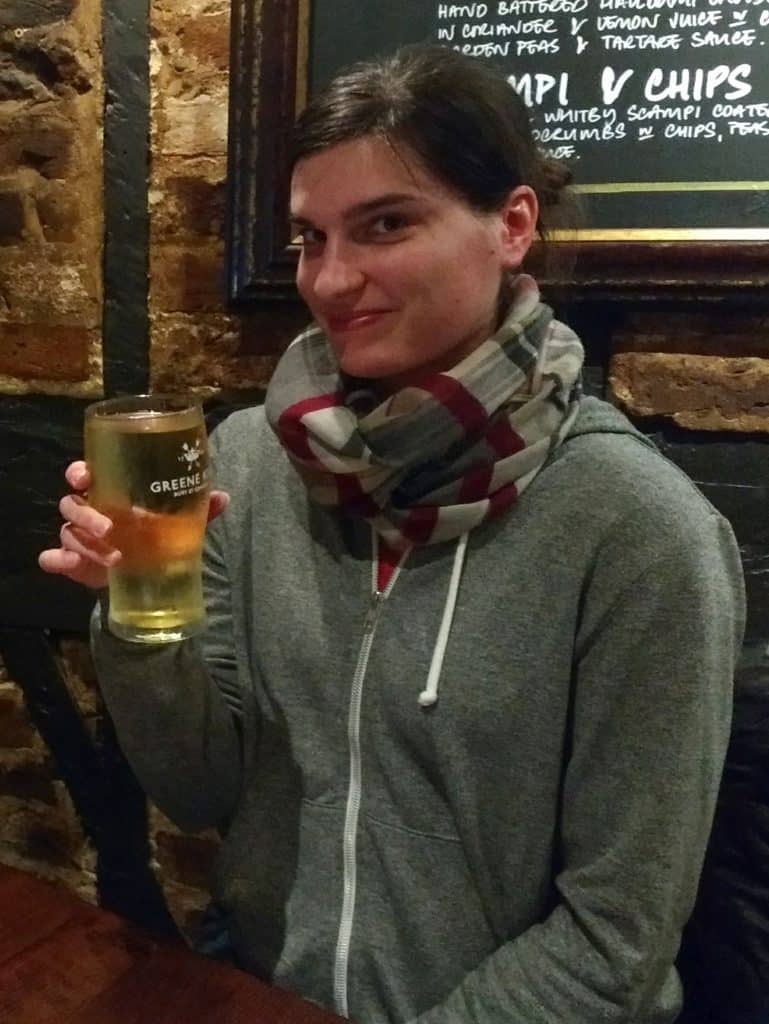 When I did tour through Cornwall, I lived a lot on Cornish pasties. They are basically pastries with a thick crust, filled with meat or fish, potatoes and veggies. Steak is the most traditional option, but there’s usually a variety of other combinations available, including vegetarian pasties.

Though their origin may be in Cornwall, you can find them all over Britain now. They’re a great snack for a quick lunch, or just a bite in between. 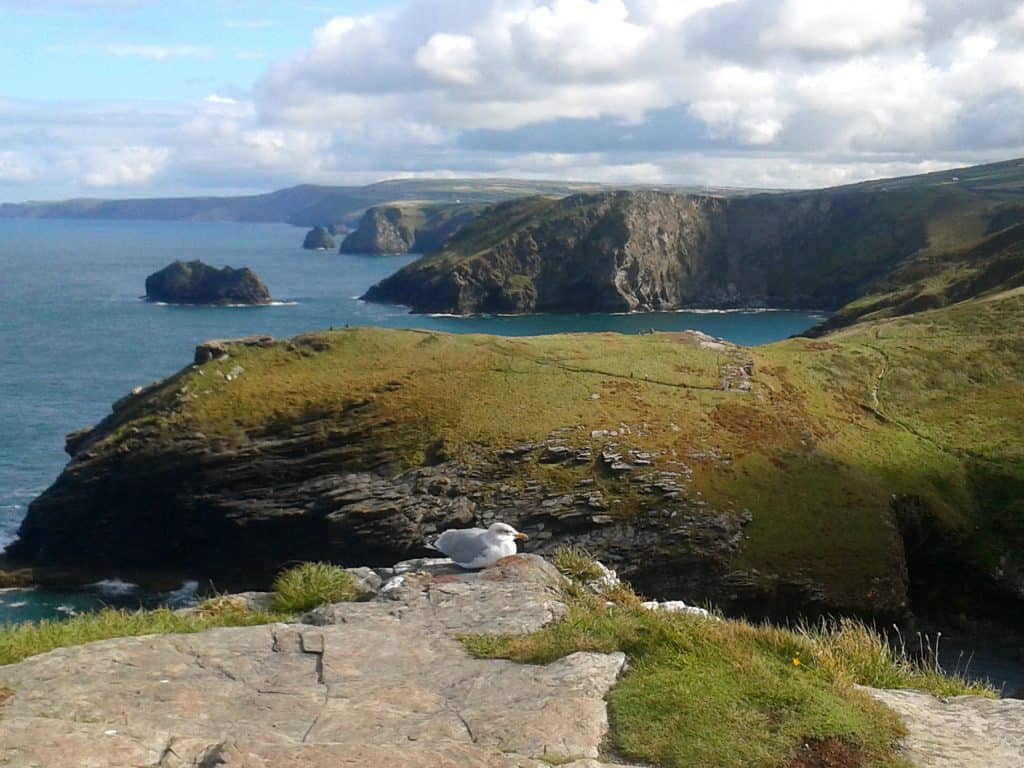 Cream tea is a specific kind of afternoon tea. It basically means that rather than tea sandwiches or cakes you have scones with your tea.

It was in England – in Windsor, to be precise – that I tried my very first scones. There’s nothing better than a freshly baked, still warm scone with clotted cream and jam. While the British don’t quite agree whether the proper way of eating this is with the cream on top and the jam beneath, or the other way around, it doesn’t really matter in the end. It tastes delicious either way.

Obviously you can also try other kinds of afternoon teas. Many teahouses offer a full afternoon tea experience where they serve you all the varieties of cakes and sandwiches on a tiered stand, so you can figure out for yourself which one you like the most. 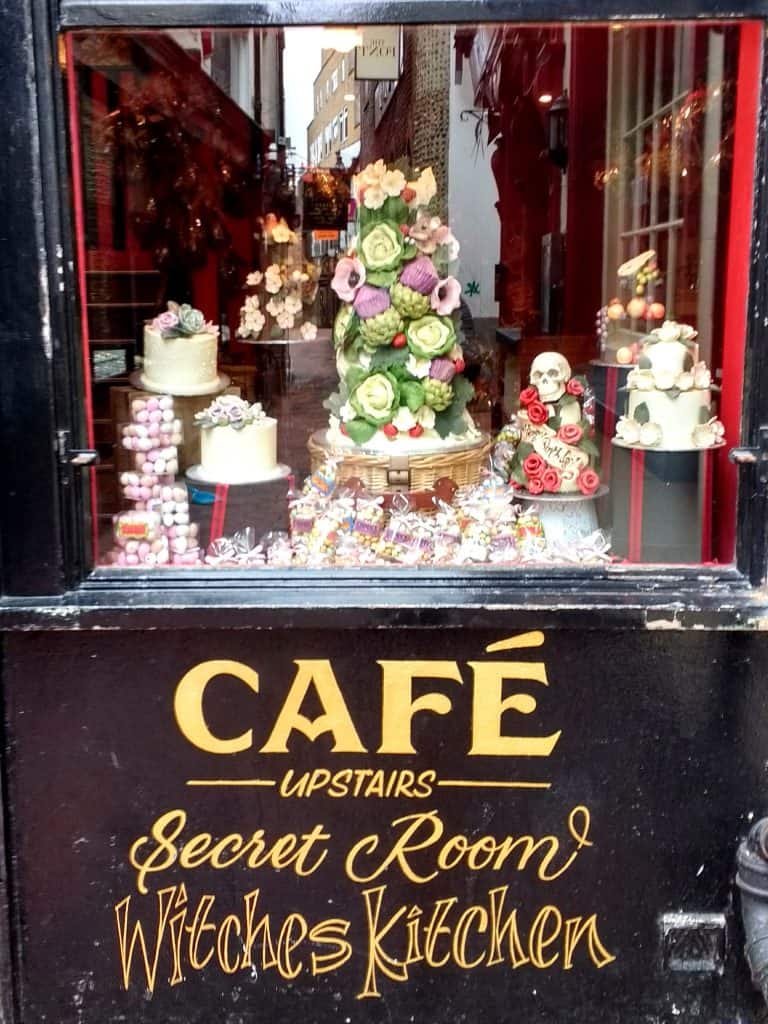 Obviously you can also find a vast choice of international cuisine in England. The last time I was in London I had English, Italian, French and Chinese, all in a matter of three days. Many cities have a Chinatown with authentic Chinese food, and the rest is just international standard.

But a trip to England wouldn’t be complete without trying at least some original British food. Trust me, it’s worth it. It doesn’t have to be English breakfast, after all… 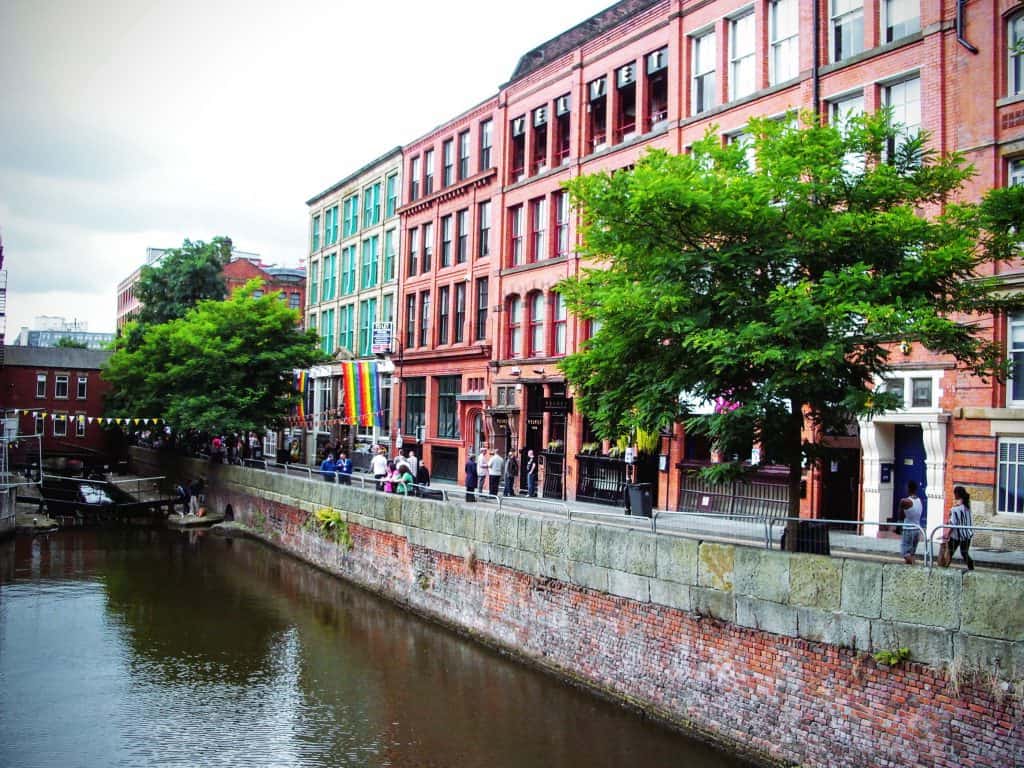 What was the best food you had in England? Any restaurants, places or regional specialties you can recommend? Share in the comments! 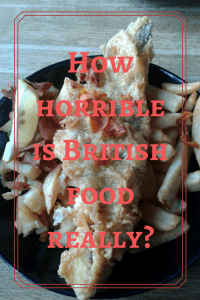