A day out hiking the Chilean Andes at Cajon del Maipo

When I had been in Santiago for two weeks without ever being out of the city, I couldn’t wait to see something more of Chile, especially some of its famed nature. I decided to do a day trip to Cajon del Maipo to go hiking the Chilean Andes.

Cajon del Maipo is an area in the Andes of central Chile, close to Santiago. To put it more precisely, it’s a valley consisting of several canyons. You find glaciers and volcanoes here, as well as a water reserve and hot springs. Being only about 1.5 hours from central Santiago, it’s the main destination for any kind of outdoor activity for anyone staying in the capital. Options include, among other things, hiking, horse-riding, kayaking, rafting or bungee jumping.

At the recommendation of my hostel, I opted to book a tour with AndoAndes, a company offering a variety of day trips with different activities for different fitness levels. All their tours are designed to not only show you the beauty of the region but also teach you a little about this part of Chile, its environment, and history. AndoAndes takes care to work as much as possible with locals and to promote a style of tourism that is eco-friendly. Exactly my kind of company! 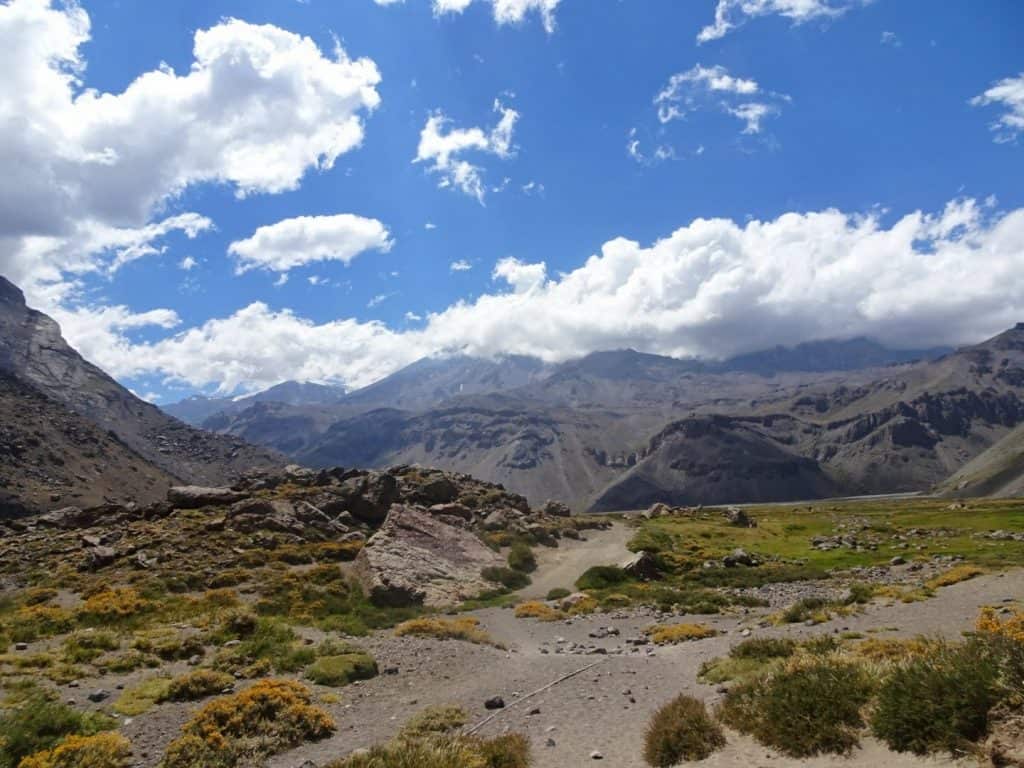 Starting the tour and meeting the fellow travellers

The tour I chose included a 6k walk into the so-called „volcano canyon”. It leads to an active volcano, but we were assured eruptions are not included in the tour price. To strengthen ourselves before the hike, our first stop was at a local cafe for an optional second breakfast – pick-up had been at 7 am. I had a delicious ham and cheese sandwich, served with homemade bread. Yum!

It was also a good opportunity to get to know the group a bit better. There were nine of us, from five different countries. While a Swiss couple, a Canadian couple and I formed the English-speaking section, a Brazilian couple and a mother and daughter from Argentina represented the Spanish-speakers. Thus, our guides explained everything in two languages. We had two guides on the trip, Francesco and Javier. They were both great, patiently answering all questions and really knowing a lot about the place. The third in the team was Filipe, the driver.

The next stop was at San Jose de Maipo, the capital of the Cajon del Maipo region. Although the term capital kind of makes it sounds bigger than it is. It was cute though, with a lot of colourful houses. The school, church, town-hall, and hospital are all built around the central square – as is the San Jose football club. You need to establish your priorities. 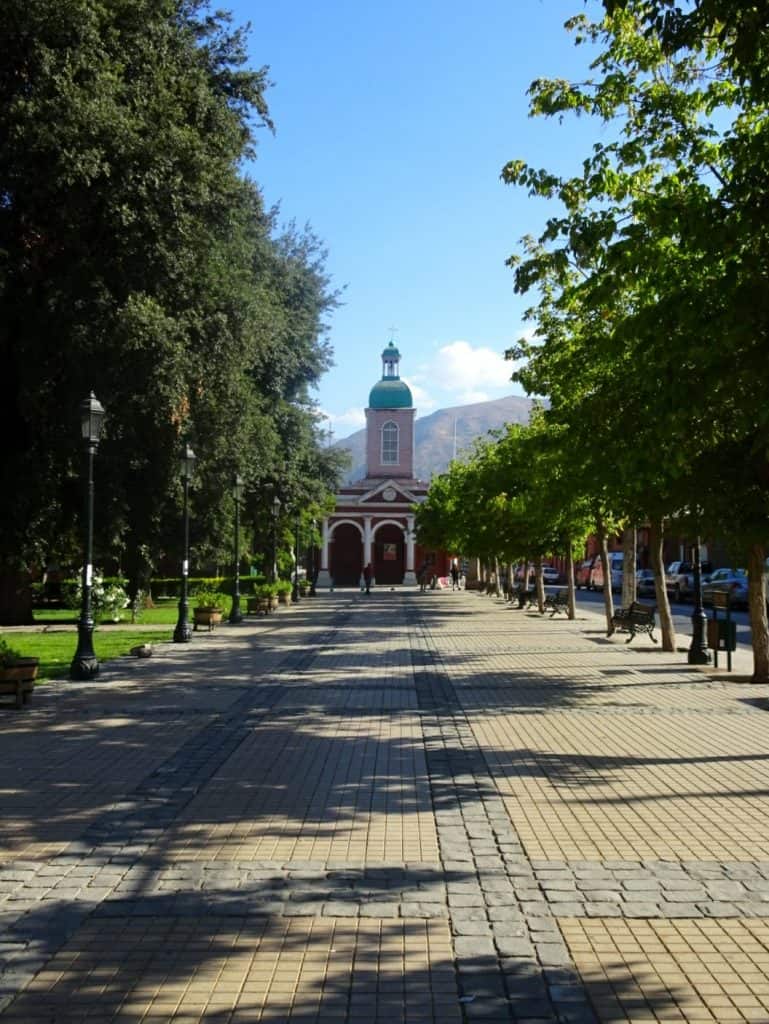 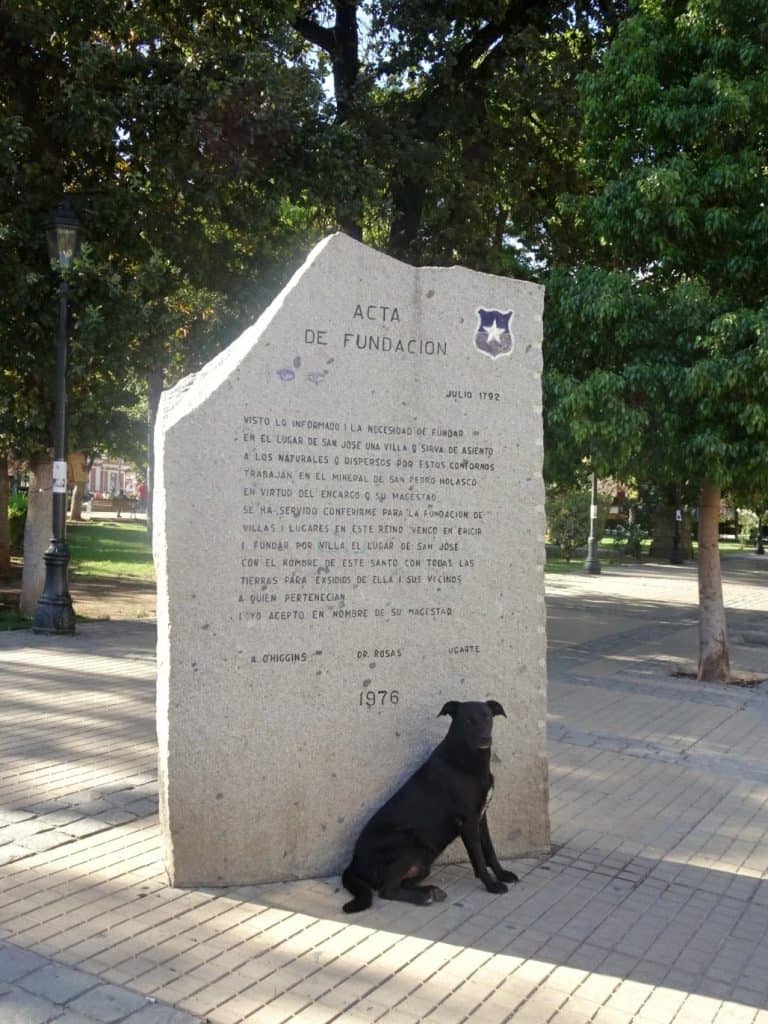 Before the big hike, we warmed up with a smaller one: 1k to a waterfall, and back. As it is the dry season the waterfall was rather thin, but beautiful nonetheless.

The next stop then, finally, was our big hike. We went 2.5k into the mountains, had lunch there, and then headed back. It’s still not incredibly far, but after not having done any hiking in ages – or any kind of sport that requires stamina – I thought it might be good to start small. And to be honest, I could have taken a lot longer for finishing this walk then we did. Not because I couldn’t keep the pace, but because I wanted to stop every few steps and take photos!

Luckily, Francesco stopped often enough to give us the opportunity to have some water and of course shoot away on our cameras. It was a beautiful day: blue skies, sunny, dry. Perfect for hiking! It wasn’t too hot either, as there is quite a fresh wind in the mountains. Which really made it just right.

For lunch, we were all provided with a sandwich, an orange, and a granola bar to take with us. We also got water and an energy drink. Once we reached our destination, we could all spread out and have our lunch wherever we wanted. The Swiss couple and I opted for the top of a boulder overlooking the canyon. Yes, we know how to choose the best seats. 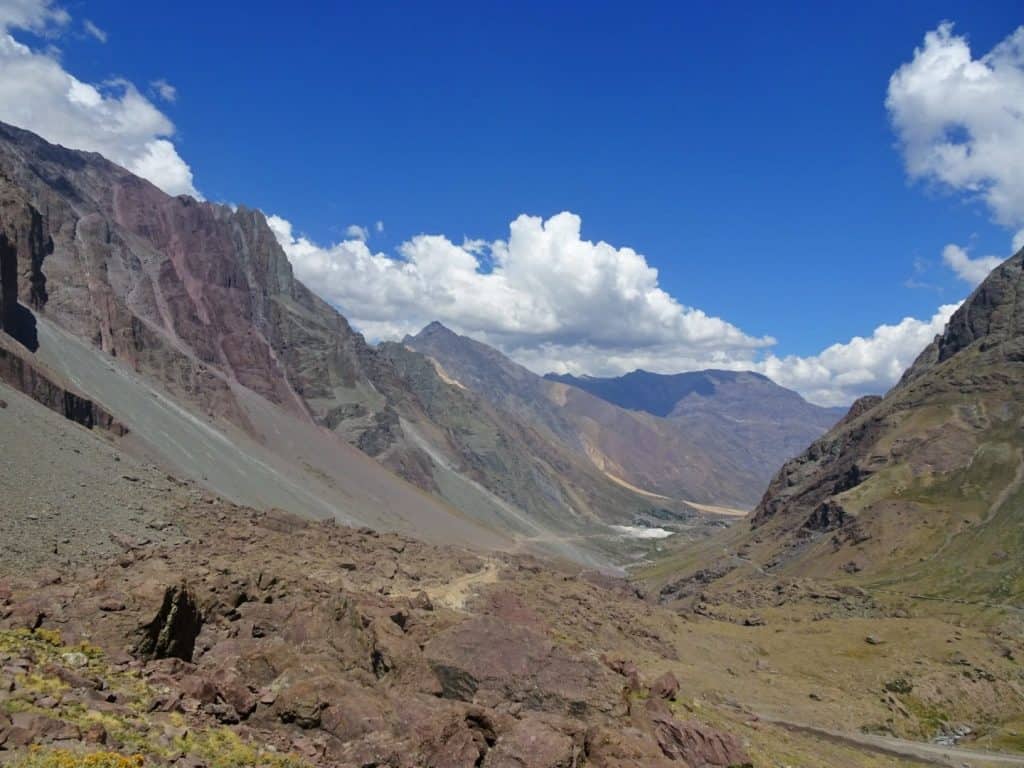 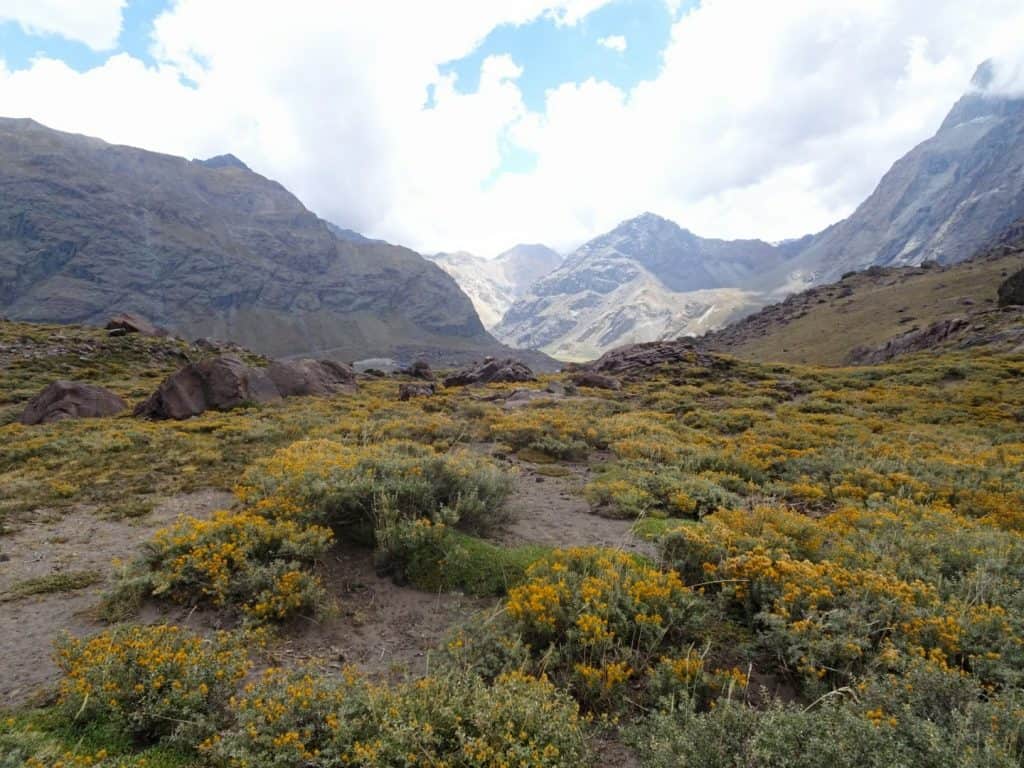 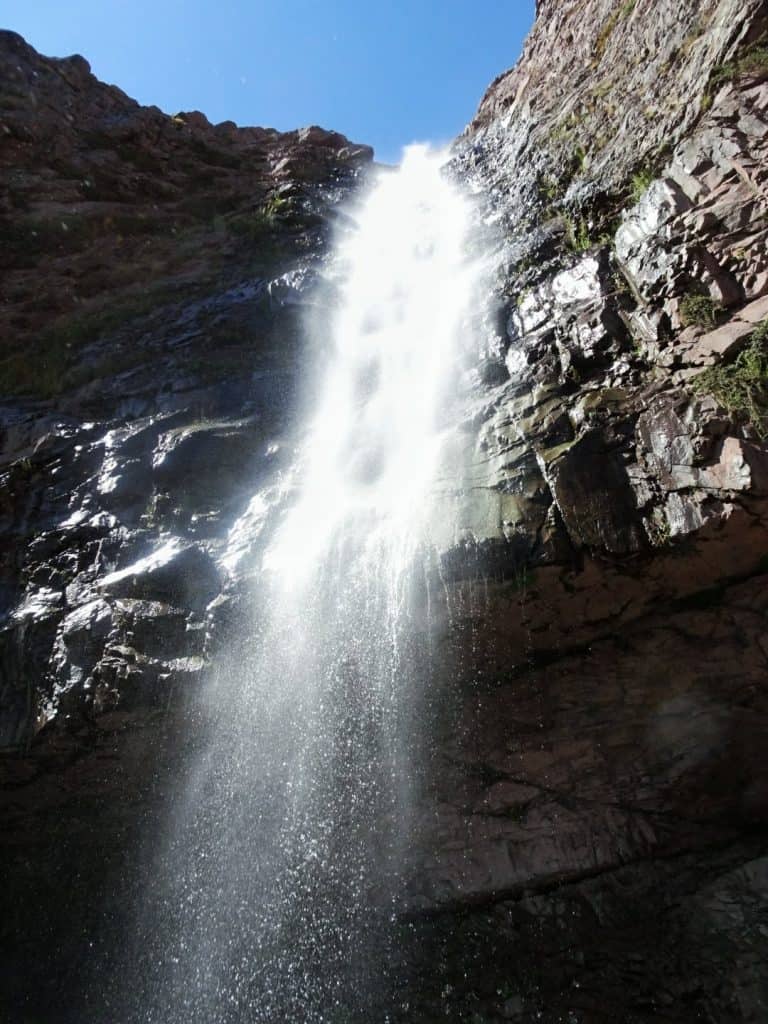 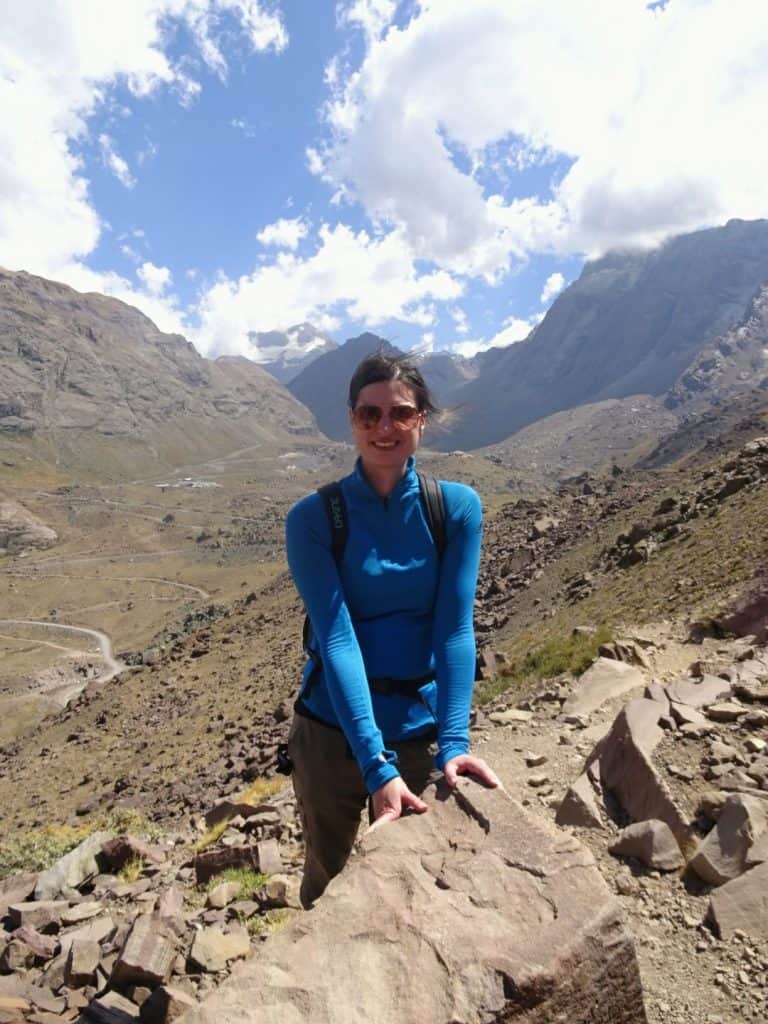 Ending the day with Chilean wine and snacks

After hiking back, we got in the car and drove a short way to a field overlooking the valley. Here, the guides got out our complimentary bottle of Chilean red wine that is part of every AndoAndes tour. They even personally added a bottle of Chilean beer as well, to make sure we got the full choice of drinks. Add to that cheese, nuts and other little nibbles, and you have a perfect little picnic to end a fabulous day. 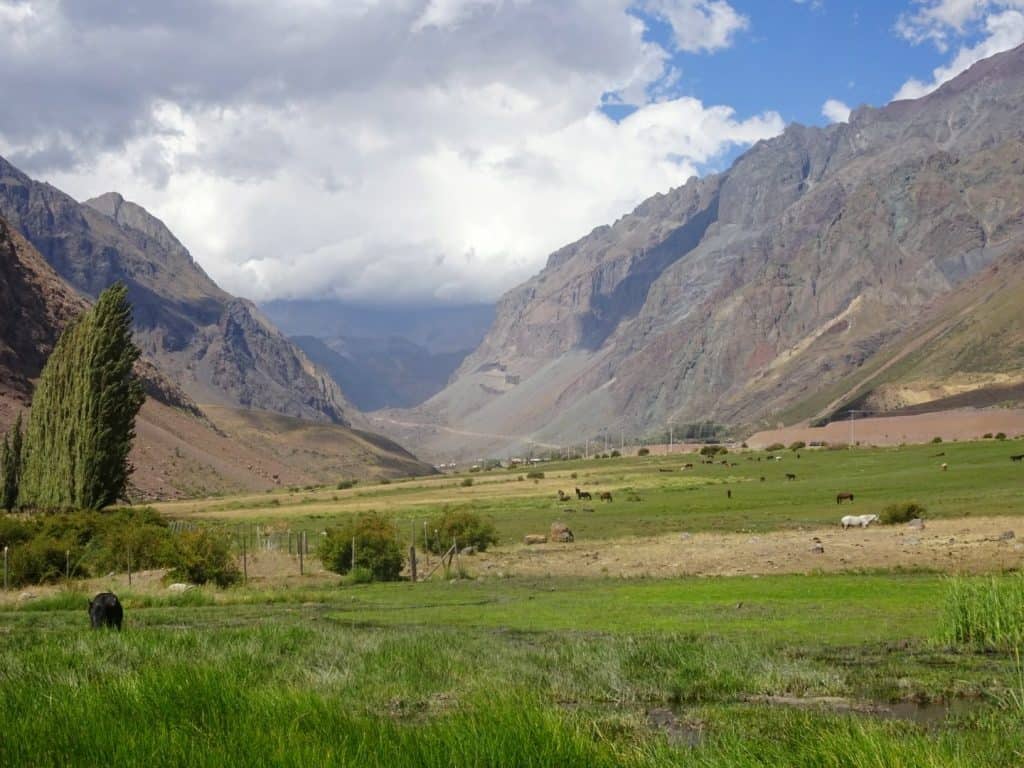 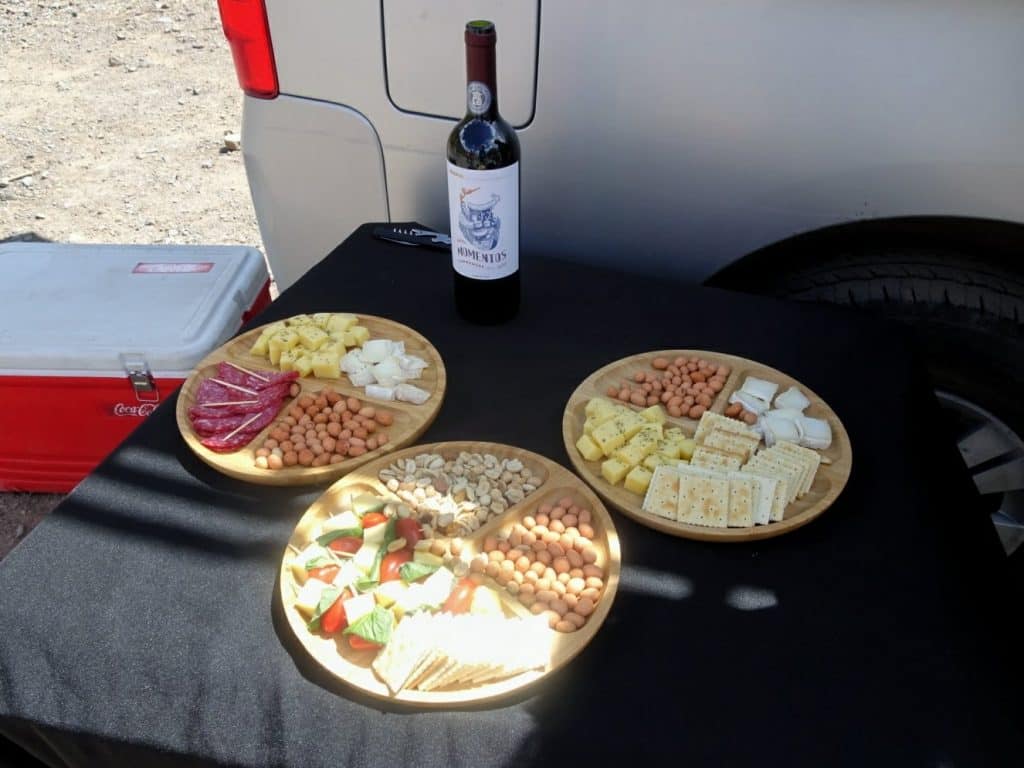 Back in Santiago we were taken back to our respective accommodations and seen off with a big hug from the guides. I had a great day, and I certainly wouldn’t mind getting to see some more of Cajon del Maipo some day. There’s a lot more to discover there! 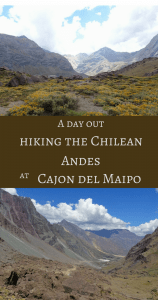