Warning: Parameter 2 to wp_hide_post_Public::query_posts_join() expected to be a reference, value given in /home/globali6/public_html/wp-includes/class-wp-hook.php on line 287
 Gut Aiderbichl: On a mission to save animals • Global Introvert Skip to content

Gut Aiderbichl: On a mission to save animals

Gut Aiderbichl is a shelter that takes in mistreated or neglected animals, giving them a new home to live out the rest of their lives in peace. I visited their Bavarian outpost near Deggendorf during my recent trip to the area. The work this place does is great, and I’m always up for a good cause. So let me tell you a little bit more about Aiderbichl.

Unlike your typical shelter, the goal here is not to find new owners for the rescued animals, but to keep them on the farm for good. Besides pets like cats, dogs and rabbits you find all kinds of farm animals such as horses, cows or goats. 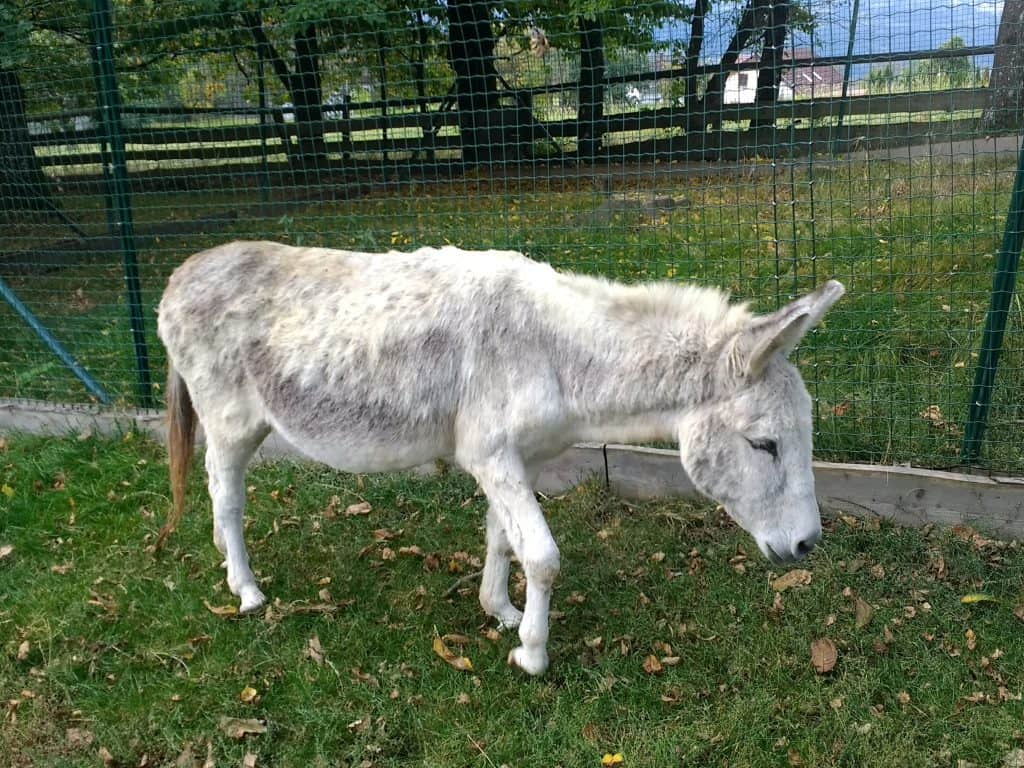 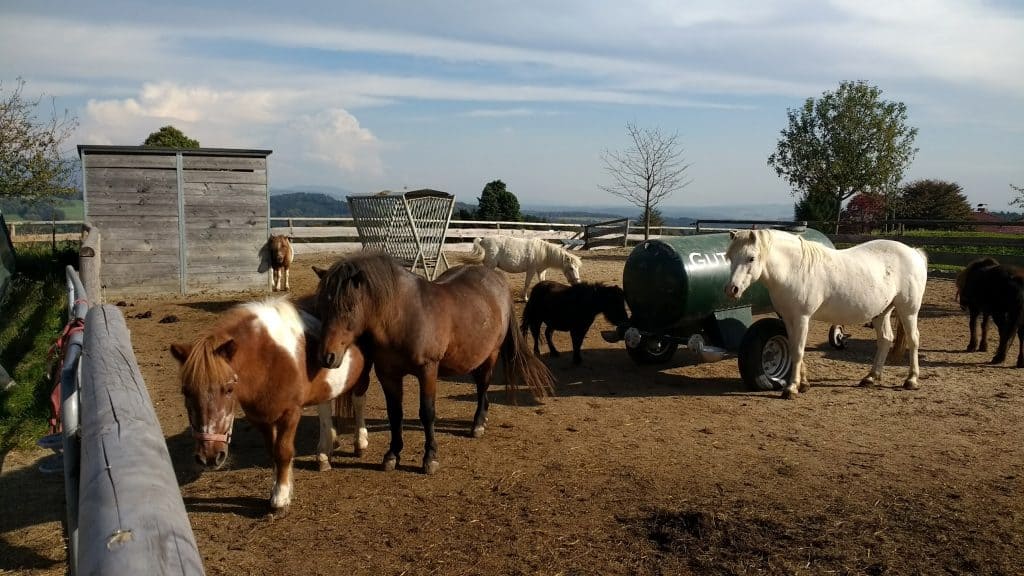 The original Gut Aiderbichl shelter is in Austria. It was founded in 2006 by former actor and tourism manager Michael Aufhauser. He already had a history of advocating for animals prior to that. He purchased the farm that was to become Aiderbichl as a place to house his own horses, as well as rescued animals. As soon as Aiderbichl opened, he tried to stir media attention. He didn’t only want to rescue animals, but educate people about the topic, too. That’s why all Aiderbichl farms are open to the public, to show them how to properly take responsibility for animals.

The Austrian Aiderbichl kept growing, and eventually the newly started foundation acquired two more properties in Bavaria. One of them is the Gut Aiderbichl near Deggendorf that I visited. It’s been around since 2006 and the first animals to live there were a dozen rescued horses. Today, there are over 300 animals on the farm. 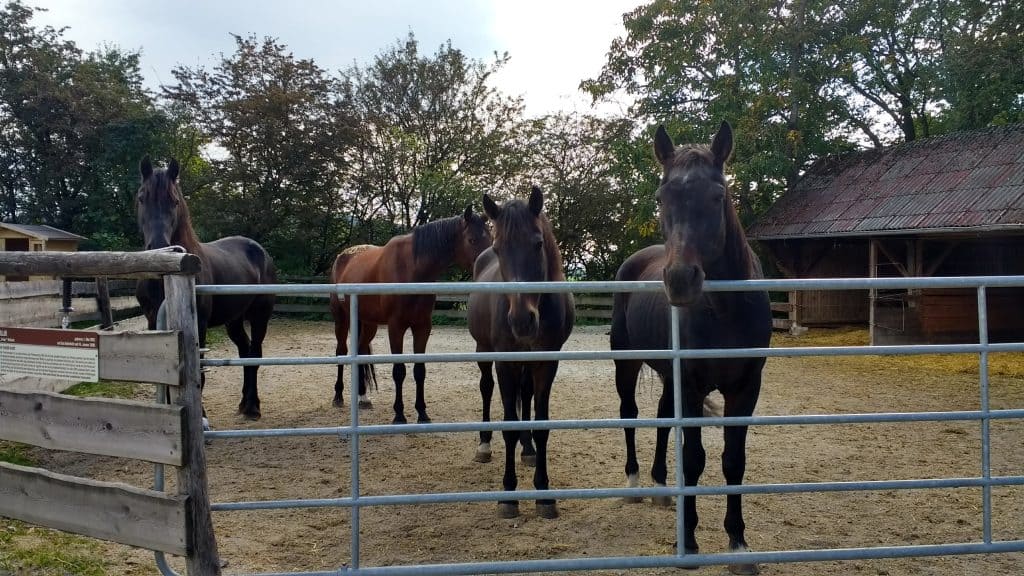 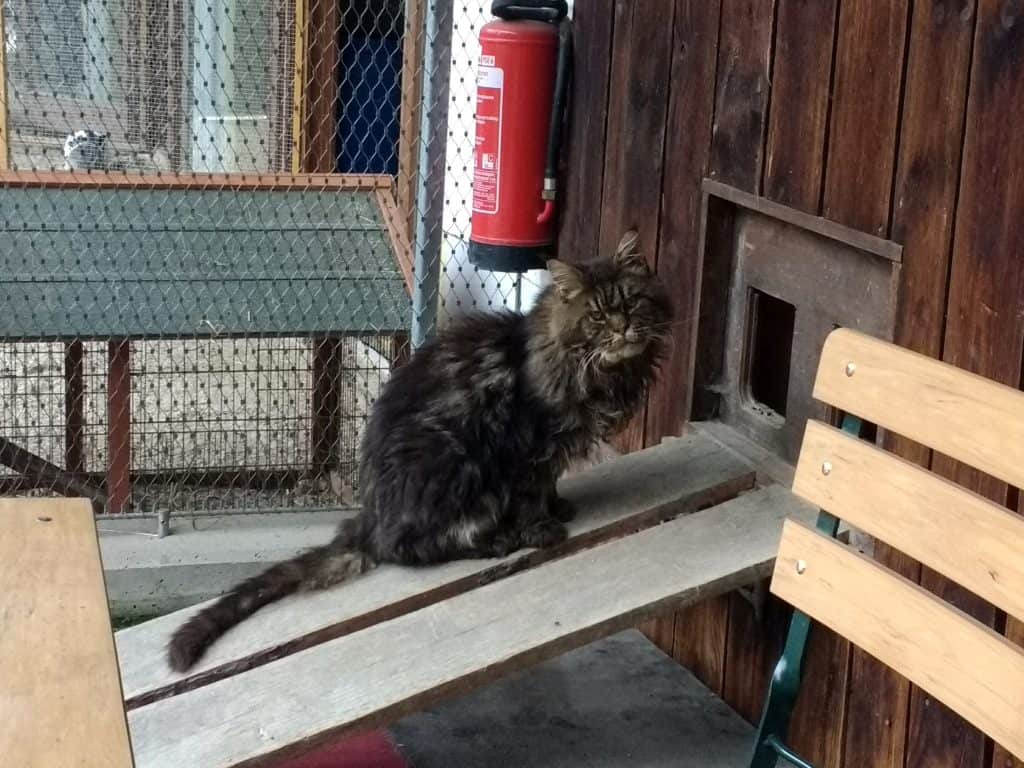 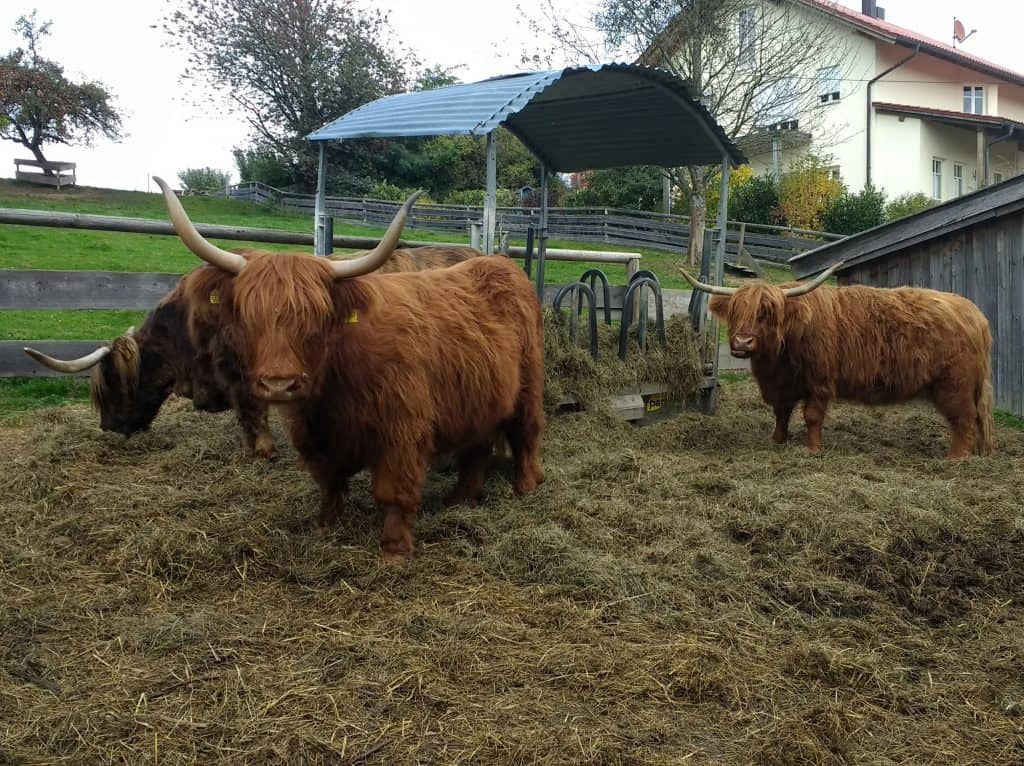 Entry to Gut Aiderbichl is 7 Euros, which is reasonable I think, especially as it’s used for a good purpose.

Some animals roam around free on the farm area. Those include goats and donkeys. The others are in stables and pens, but all of them can be visited. The enclosures are equipped with information on the individual animals, where they come from and how they were saved. Moreover, there’s information about the different species in general, and about common problems with their keeping. You come out of Aiderbichl a bit more clever and aware than you went in. Which is always a good thing.

I particularly loved the cats’ house, which was a literal house that had all the rooms made up with cat trees and beds. The rooms are the sanctuary for the cats, so as a visitor you can only look in through the windows. But in front of the house and in the garden there are plenty of chairs and benches to sit down and wait for one of the cats to come up for a cuddle. Picking them up isn’t allowed, but patting them, when they approach on their own, is perfectly acceptable. 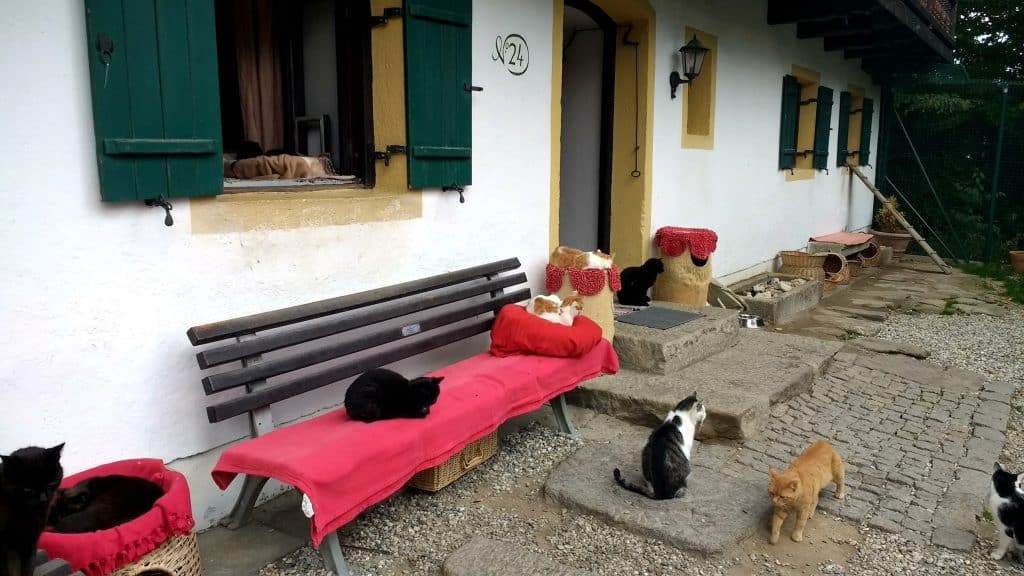 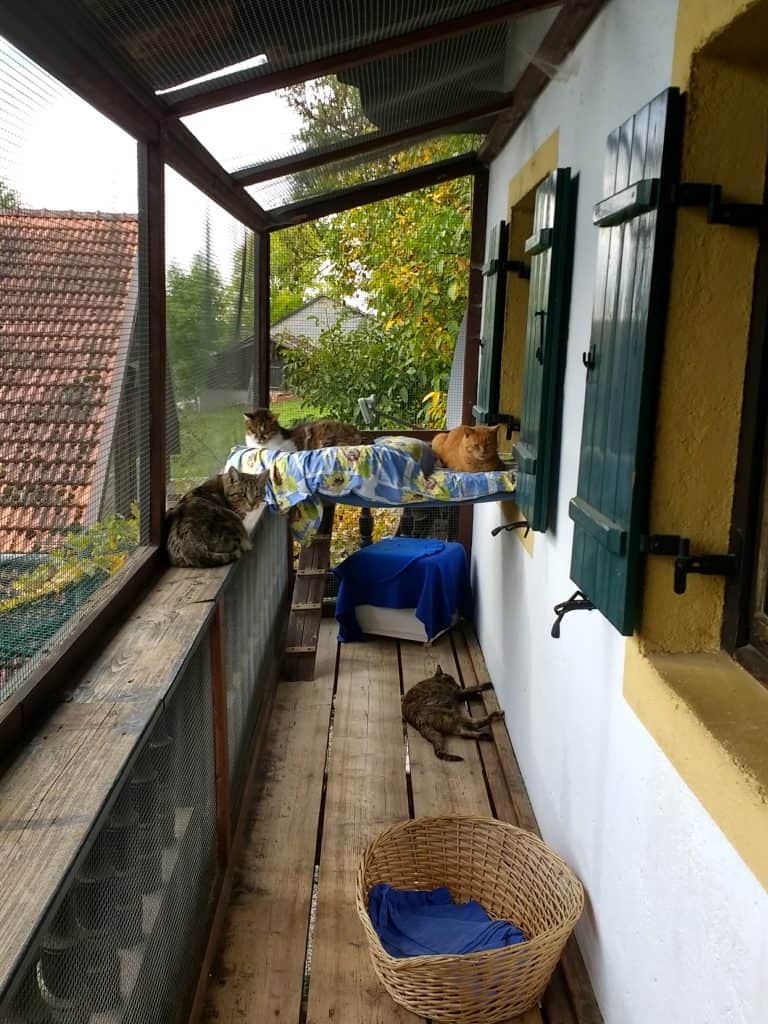 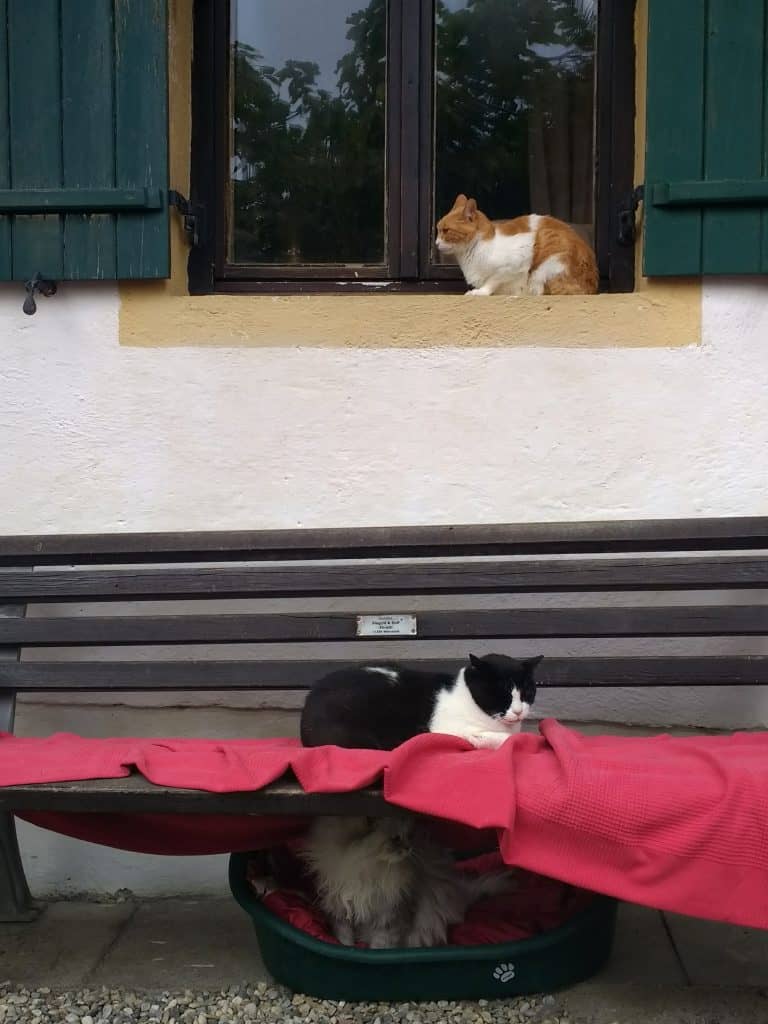 Aiderbichl finances itself through donations, as well as the entrance fees of its visitors. Thus, opening the farm to people not only brings them more money they can use to help more animals, it also gives them an opportunity to educate people about the proper care. After all, the few animals they save are only the tip of the iceberg.

I’m a huge animal lover and hate the thought of how many of them get mistreated or abandoned, only because people don’t care or don’t think about it beforehand. If I can help in a little way to stop that by sharing the work the people at Gut Aiderbichl do, than I’ll happily do it.

If you want to help out, pay them a visit next time you’re in Bavaria or Austria. You can also make donations, or symbolically adopt one of their animals. Check out their website here for more information. 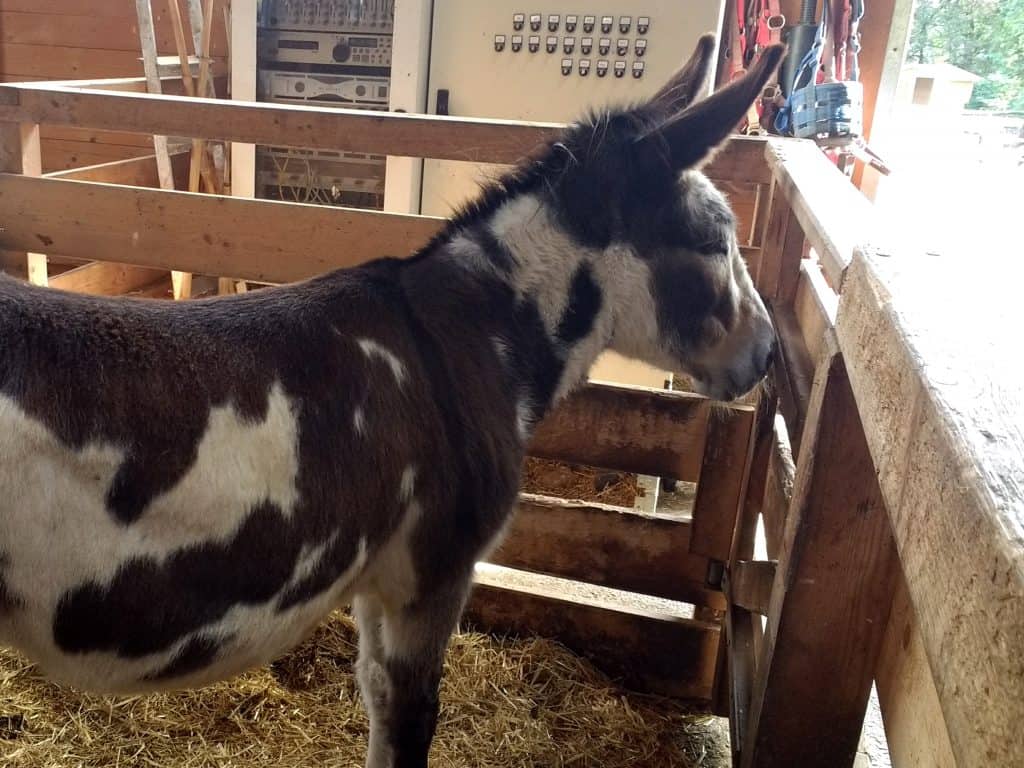 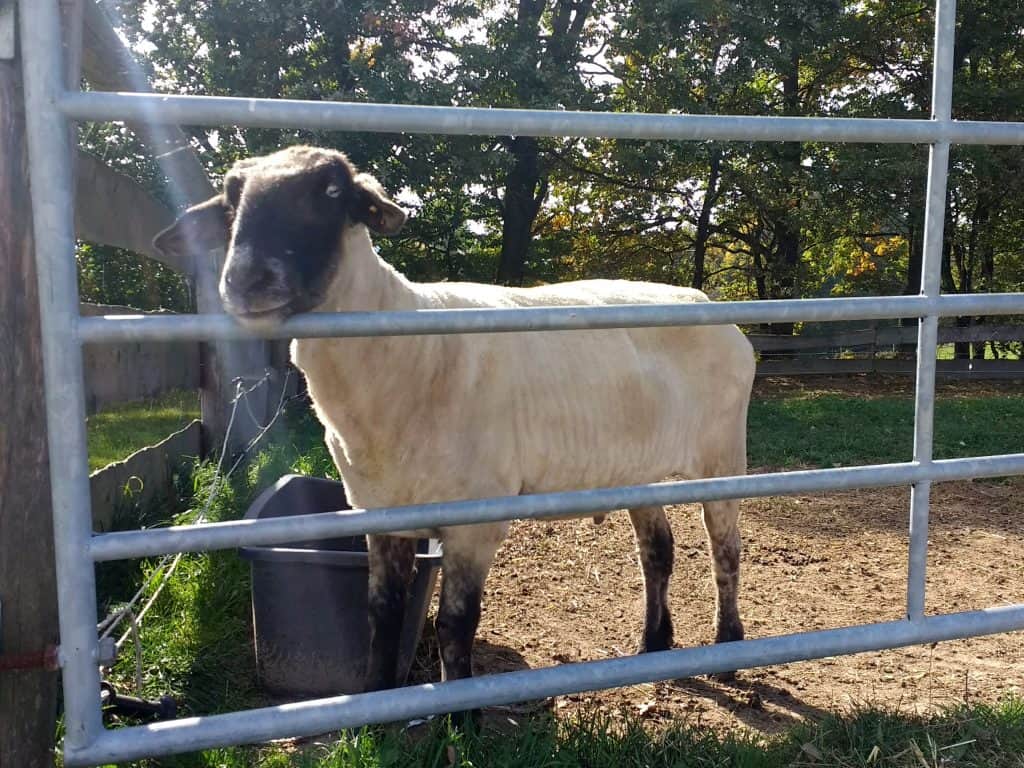 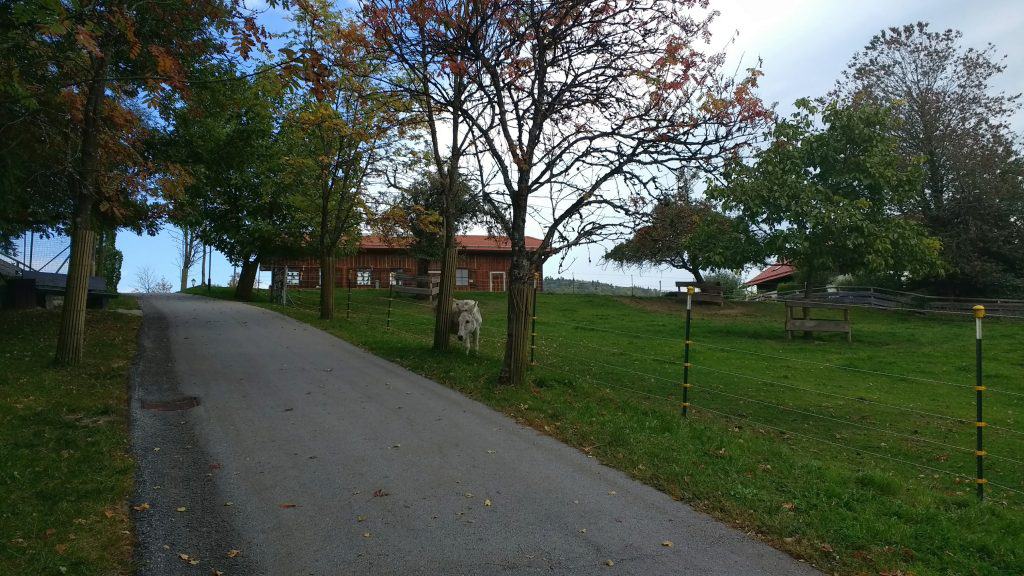 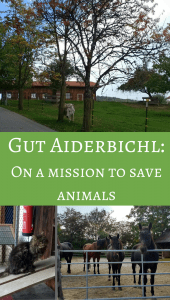