Warning: Parameter 2 to wp_hide_post_Public::query_posts_join() expected to be a reference, value given in /home/customer/www/globalintrovert.com/public_html/wp-includes/class-wp-hook.php on line 292
 And why group tours are great for everyone else, too! • Global Introvert Skip to content

And why group tours are great for everyone else, too!

After writing about the advantages of group tours for introverts in last week’s post, it occurred to me that they have in fact a lot to offer for travellers of any personality type. So for the sake of completion, here is part two of why group tours are awesome! 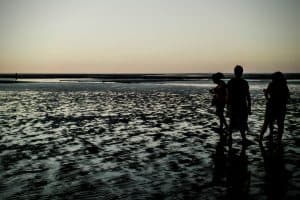 With group tours, you get your whole trip organised for you. There’s a guide who gives you all the information you want without the need to look it all up yourself. Also, there’s a driver, which is great for people like me that are simply not good with cars. Basically, you don’t have much left to worry about when you’re on a group tour. Transport, accommodation, food, the guide – it’s all included. And most of these tours are great value for money.

There are different price categories dependent on how much luxury you want. If you’re happy to sleep in dorms or tents, there are very affordable ones indeed. If you want an example of what I’m talking about, look at Haggis Adventures or Adventure Tours Australia. These budget tours are often specifically directed at students and backpackers. It’s important to think about this beforehand, because these are the people you will have to spend your entire tour with. It can help when they come from a similar age group and background than you do. Although I have been on tours with very diverse travellers, and that was great too. 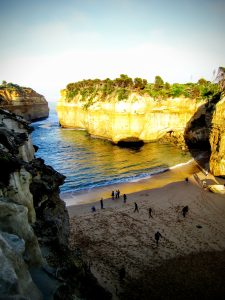 I am aware that many travellers will regard the fact that everything is organised as a disadvantage. It takes away the liberty to go where you want, when you want, without having to follow a fixed schedule. That’s a very valid point, and I totally get it. I have been to places on a tour where I would have liked to spend more time, but wasn’t able to. Or we did spend a lot of time somewhere that just wasn’t my cup of tea, and I would have preferred to do something else. Those things happen. But I don’t think you should let them turn you off organised group tours completely. 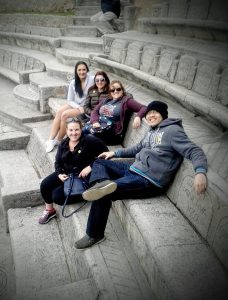 Most of the time these tours still give you some degree of choice. There are often several activities offered that you can pick from. When stopping in towns or cities you usually get free time to explore on your own. I also had guides who were willing to depart slightly from the pre-planned itinerary to visit some extra destinations, because someone asked for it and the rest of the group was happy to comply.

There are pros and cons to everything, and group tours are no exceptions. I personally think it’s always best to go for a mix. Do a bit alone, then a part with a group. As I said last week, for me group tours are a lot about simply meeting people and making friends. And that is something everyone might want to do at some point during their trip. 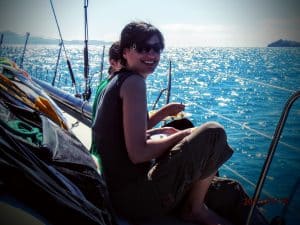 I specifically go on English-speaking tours rather than German ones, because I love meeting people from all different parts of the world, rather than travel only with Germans. I mean, seriously, who would want that? When I was in Scotland that was the first group tour I’ve ever been on, where I was the only German. In fact, I was the only European, if you don’t count the guide and the driver. I loved it!

In the end, the question is what you want from your trip. If you want independence and the ability to explore things as you go along, only deciding on the spur of the moment where to stay or when to move on, your probably better off on your own. But if you want to have some company, and don’t mind following a pre-planned schedule for some time, a group tour is perfect. 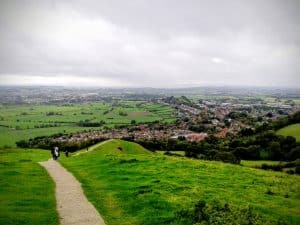 They’re also a great way to get an overview of a new destination. You get to see what’s there, and what’s worth it, and which parts you will want to do in more detail when you come back on your own one day.

Group tours are good when you’re on a tight schedule and / or budget. You get to visit all the must-sees, with unexpected expenses on the road being kept to an absolute minimum.

And lastly, in some countries you might be less inclined to travel alone than in others. Then group tours are a handy solution. 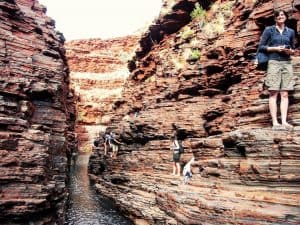 The key, as so often with travel, lies in preparation. Check out the itinerary to make sure the tour covers everything you want to see, and know what’s included and what’s not, to avoid surprises. Have a look at what kind of people are usually booking with this company, to get a feeling for whether you will fit in with them. Then, once you’ve made your choice, all that’s left to do is go and have fun!