Warning: Parameter 2 to wp_hide_post_Public::query_posts_join() expected to be a reference, value given in /home/customer/www/globalintrovert.com/public_html/wp-includes/class-wp-hook.php on line 292
 The Difficulties of Choosing a Travel Destination • Global Introvert Skip to content

The Difficulties of Choosing a Travel Destination

I meant to write this post last week about the difficulties of choosing a travel destination when I was in the middle of deciding where I want to go for my Easter break. Then life got in the way, and the writing got postponed. However, in the meantime, I decided on my holiday destination. I’m excited to announce that I’m going to Barcelona in a few weeks!

While I am happy I finally got my trip booked, it seemed to have made the reason for this post somewhat obsolete. After all, the whole point was to talk about how difficult it can be to have the choice. But then, the next holiday is sure to come around sooner or later, isn’t it? I decided to publish this post anyway. It gives me a chance tell you how I came to pick Barcelona, and why choosing was so hard in the first place. Most importantly, I had already written most of this text. No need to let it go to waste, right?

Having a travel destination chosen for you

In the past two years or so, I never had to put much thought into where I wanted to go on my next trip. The destinations were determined by circumstances.

I went to Florida and Ireland to visit long-distance friends and caught up with others while they were travelling Europe. I travelled to cities in order to attend certain events, like a play in London or a theatre festival in Luxembourg. The few holidays that were not determined by any of these factors, I took together with friends or family, making the choice of destination a collaborative process.

I am not saying this to complain about it. Not at all. I enjoyed every single one of these holidays. Many of those places were on my to-see list anyway (or on my to-see-again list). I had never been to Ireland, my last visit to Florida was when I was eight years old, and London is one of my favourite cities in the world that I’m always happy to revisit.

Some other places might not have been high up on my list, like Luxembourg for instance. But in those cases, I was in for a positive surprise. Anyway, I always made as much of the trip as possible. 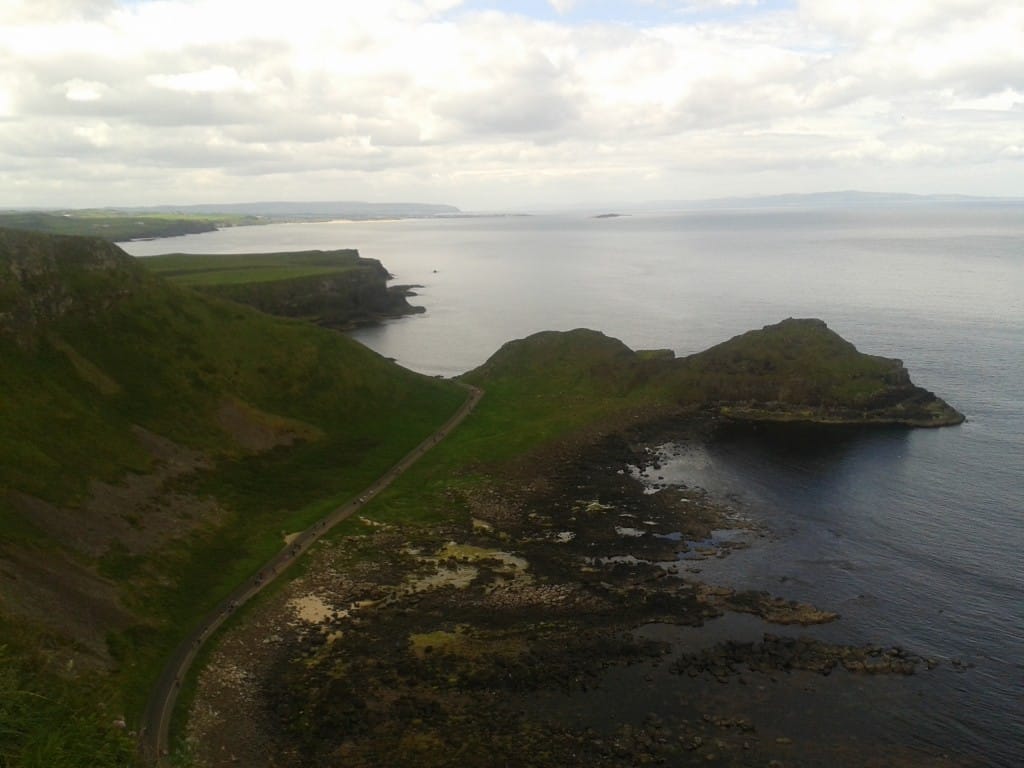 The freedom of choice – isn’t it great?

This year there are some holidays with similar conditions. I still have friends spread out in different parts of the world and if I get a chance to visit them, there is no question I will do that. But for the first time in what feels like an eternity, there are holidays in which I’m free to go wherever I want, without having to consult anyone else.

And that’s where the problem starts.

With a bucket list that includes basically every country on this planet, how do you decide which one to go to next? How can you possibly choose when there’s such an overload of possibilities and offers? Are you going to go by what you have been recommended? Do you pick a place you’ve read or heard about? Or simply one that is warm and sunny and doesn’t blow your budget? Seriously, if someone wants to share his strategy, you’re more than welcome. Surely I can’t be the only one who struggles with this decision? 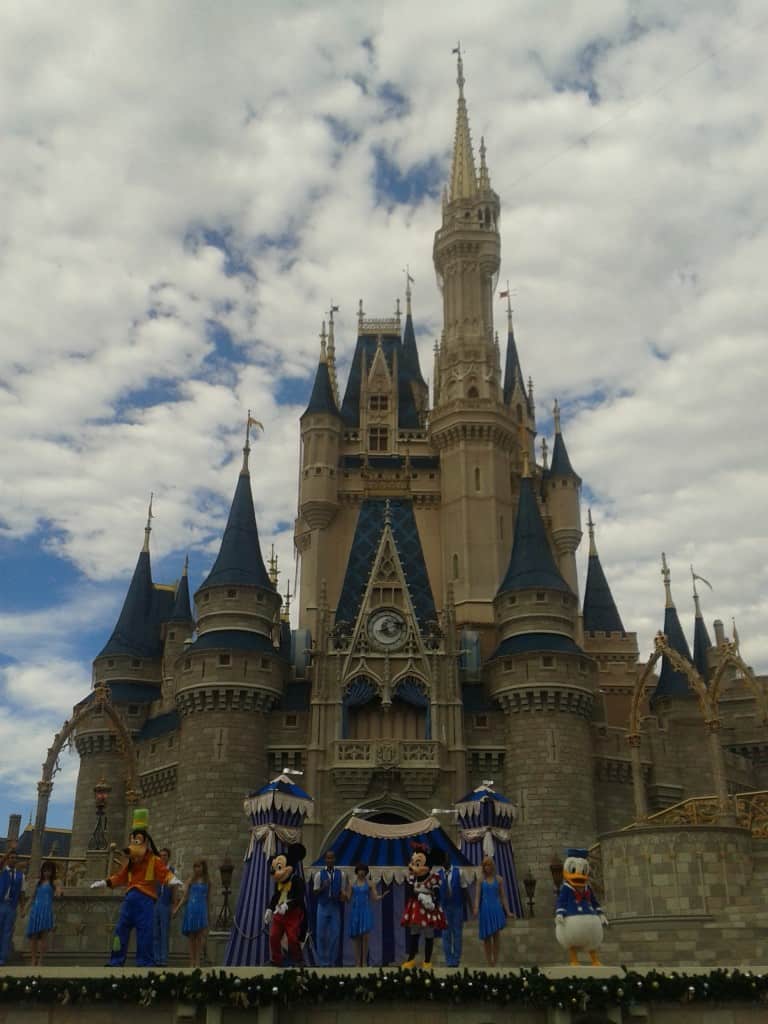 What makes a country attractive as a travel destination?

Before I finally picked Barcelona I had already narrowed it down to Europe or North Africa. My holidays this year are all rather short and so I wanted to stay relatively close by. If I go further away, I like to have the time to make the long journey worthwhile. Still, Europe has a lot of countries, including a great many I haven’t been to yet. So does North Africa.

For a long time, my favourites were Morocco, Egypt, or Iceland. The last one doesn’t quite seem to fit in with the others, I realise that. To be honest, I’m not even sure where exactly the idea came from to go to Iceland. It was just suddenly there, stuck in my head, begging me to come and visit. With the other two, it’s easier to say why they were on my list. I know people who have been there and highly recommended both. Plus they had the advantage of not stretching my budget too much. Iceland, on the other hand, is not exactly budget-friendly.

It can be something very small and seemingly unimportant that attracts me to a certain destination. Some little cultural detail or a certain activity you can do there. When I decided to go to Istanbul some months ago it was largely because I read about the Bosphorus cruise you can do there on New Year’s Eve. It lets you see the fireworks on both sides of the river at midnight. Although the cruise didn’t turn out to be quite as spectacular as anticipated, the visit as a whole certainly was. 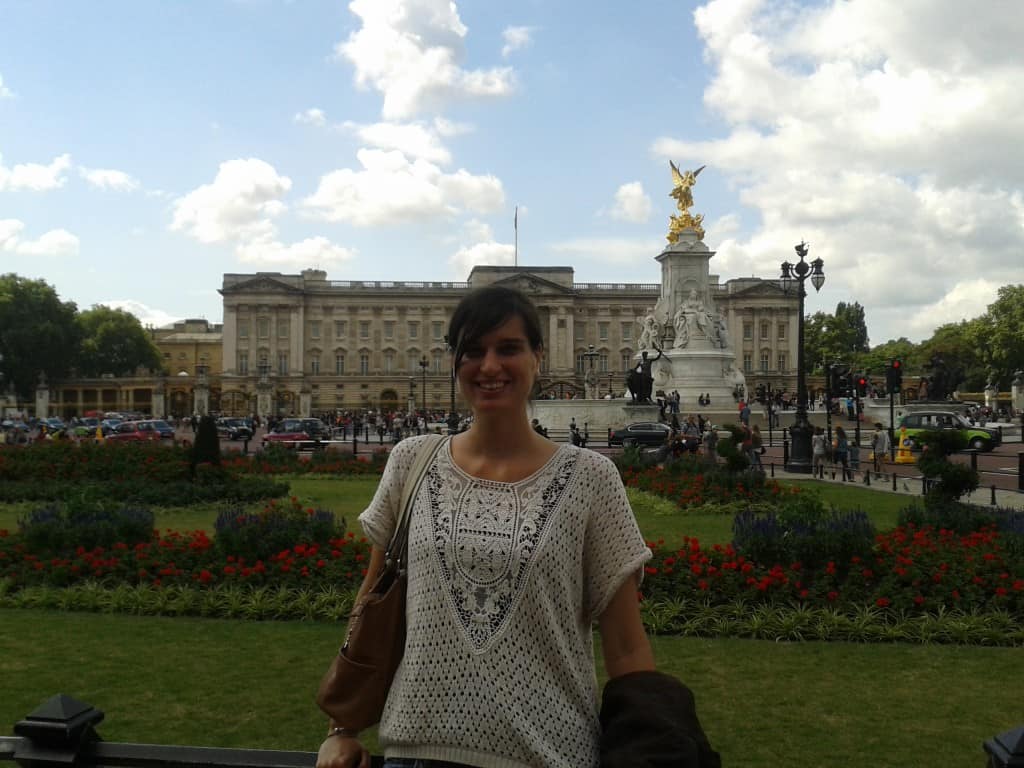 Time for choosing a travel destination

So how did I end up with Barcelona? First, I have never been to Spain before and always wanted to go. Well, strictly speaking, I have been there, but I was about one year old and don’t have any memories of it, so it doesn’t count. Everyone I know who’s been to Barcelona said it’s worth seeing. And it’s something that could be done last-minute, as the time until my holidays begin was starting to get short.

Now that the decision has been made I can sit back and read up on all the exciting activities I can do in Barcelona. It’s nice to finally know where I’m going. Until the next planning stage begins, and I’m thrown into the pool of possibilities again.

Having too many choices is a luxury, but if you’re as bad at making decisions as I am, it can also be a difficult task. Because every time you pick one place you let go of the chance to go to all the others. At least until the next opportunity comes around. 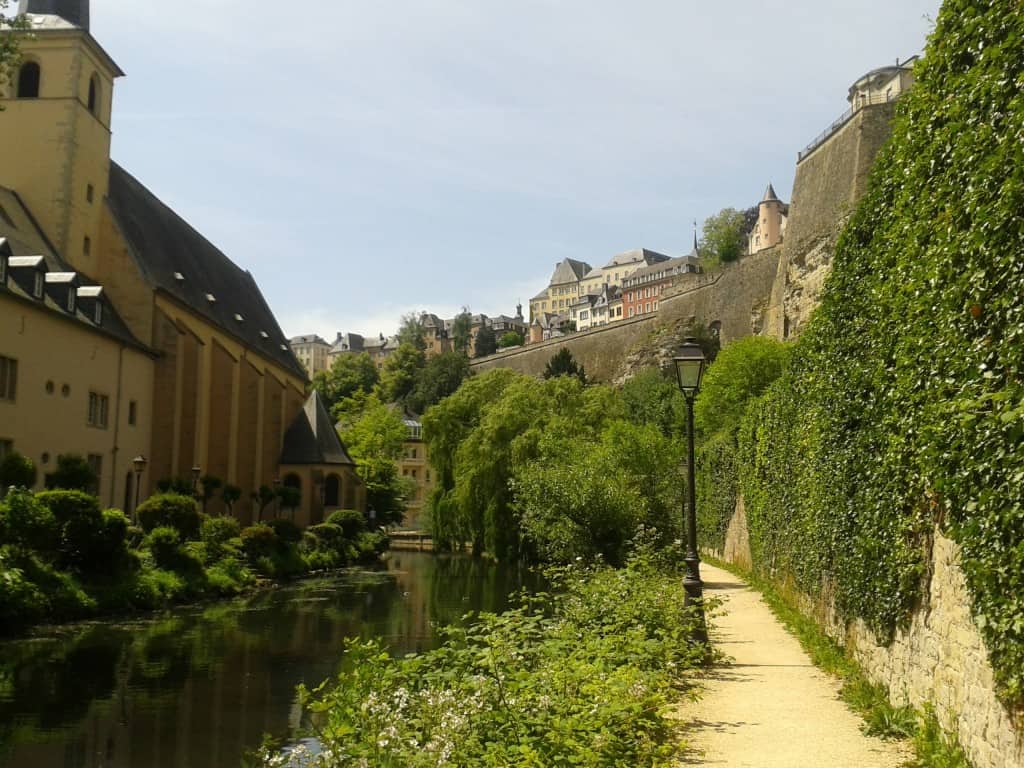 How do you choose where to go next? Do you have some elaborate process, or is it more of a gut decision? Share in the comments! 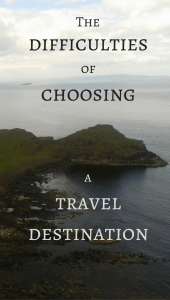