Warning: Parameter 2 to wp_hide_post_Public::query_posts_join() expected to be a reference, value given in /home/customer/www/globalintrovert.com/public_html/wp-includes/class-wp-hook.php on line 292
 A Winter Wonderland: New Year's Eve in Istanbul • Global Introvert Skip to content

What better way to start the new year than by going to a place to which you have never been before? That’s exactly what I thought when I planned to spend my new year in Istanbul this December. My mum was equally delighted by the idea, so she decided to come along. We took off as soon as Christmas was over.

First impressions of Istanbul in winter

Istanbul is an outstanding city in so many ways. On the way from the airport to our cozy little hotel in the old town, I was already struck by its peculiar mix between the old and the new, the ancient and the modern. It invites you right away to delve into its rich culture and history.

The way we did this was largely influenced by the weather. While I expected it to be mildly cold – the weather forecast had talked about 10°C – I did not expect it to snow. Two days into the trip, the world went white.

There were good and bad sites to this. Seeing the city’s landmarks covered in snow was one of the most amazing sights. But the cold also caused frozen feet, snail-paced walks on slippery sidewalks, and frequent visits in Istanbul’s cafes to warm up with a glass of hot Turkish tea. 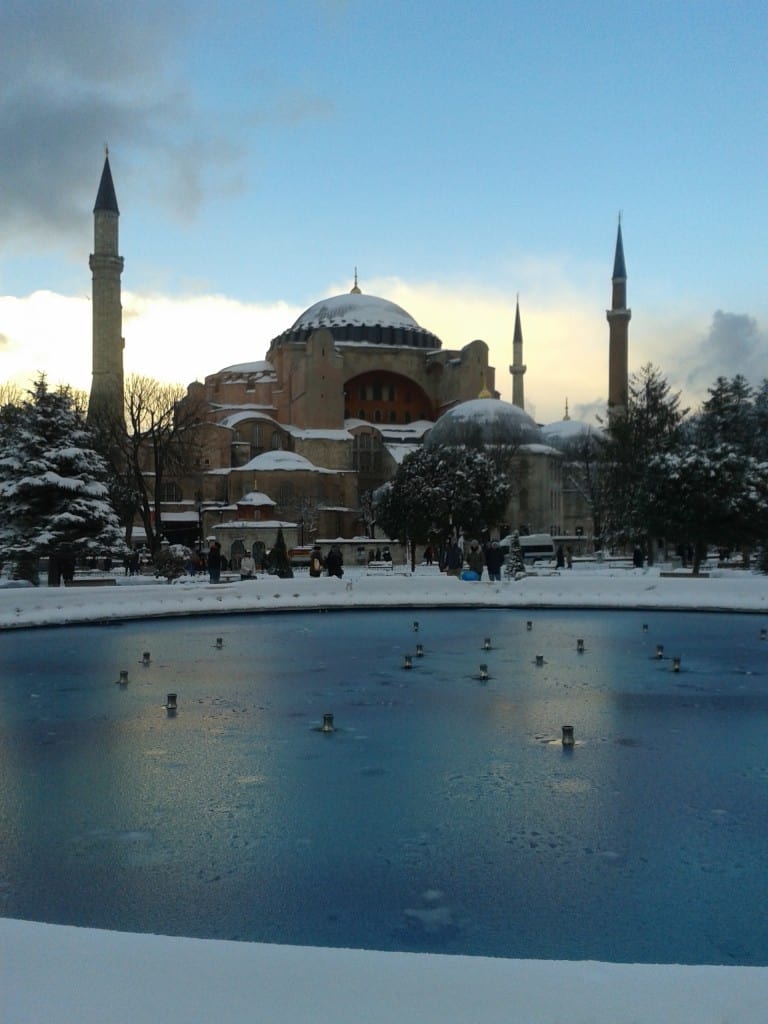 Dodging the weather in Istanbul’s winter

We developed a profound fondness of any tourist activity that took place indoors. On the upside, it meant we put our Istanbul Museum Pass to full use by going to the Archaeological Museum, the tiny but interesting Mosaic Museum, and the impressive Basilica Cistern. We spent a lot of time a the Grand Bazaar as well. Not only because it’s an interesting place with loads of things to look at, but mostly because it was warm and dry.

One day the weather was particularly nasty, because it couldn’t quite make up its mind whether it wanted to be snow or rain. We decided to use that day for visiting Topkapi palace. Unfortunately, I hadn’t studied my guidebook very thoroughly. Otherwise I would have known that Topkapi is not made of one vast building, like European palaces, but rather of a lot of smaller, separate buildings divided by gardens. You spent a lot of time outside, walking to the next part of the palace. To enter the more prestigious rooms such as the treasure chamber, you need to wait in line. Outside.

I’m sure the queues in winter are nothing compared to how long you have to wait in the main season, but standing in the cold rain for almost an hour did nothing to improve my impression that the palace, on the whole, was rather disappointing. It has some beautiful corners, but a lot of it simply doesn’t measure up to expectations. 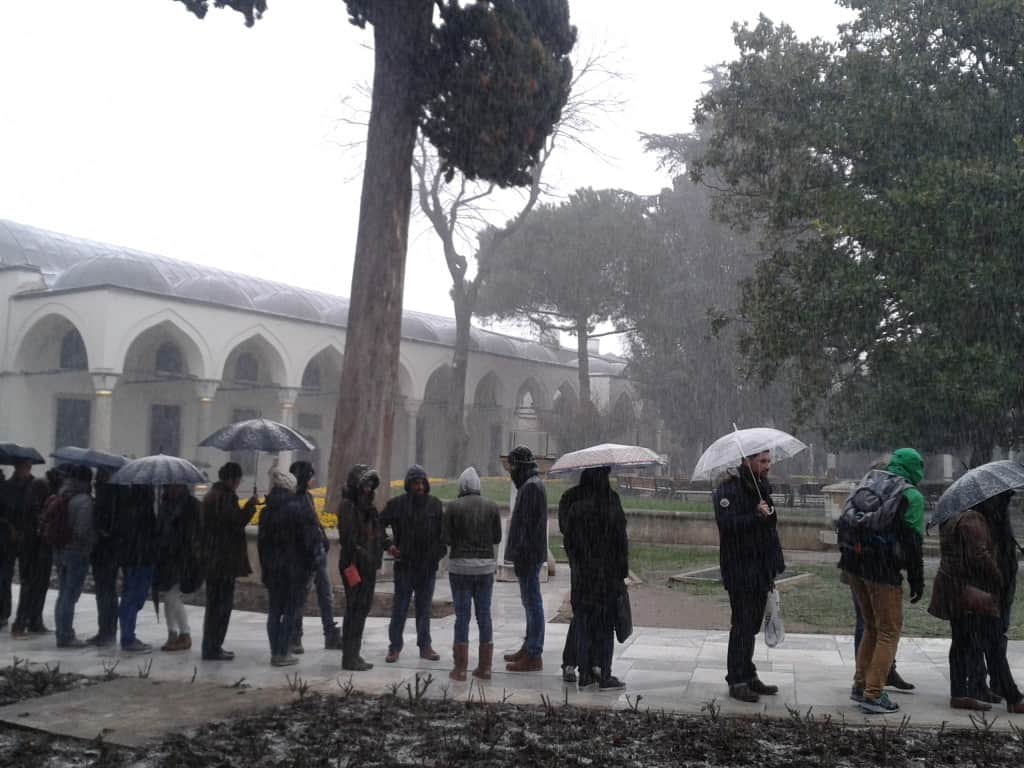 Topkapi in the rain

What to do in a snow-covered Istanbul

Much more impressive than Topkapi were Hagia Sofia and the Blue Mosque. The latter provided its very own adventure, because the marble stairs leading up to it were covered in ice and there were no handrails to hold on to. Tourists were desperately trying to find some grip on the slippery stairs. We made it without injuries to the entrance, where we needed to take our winter boots off. The carpet was already soaked from so many wet feet having entered before us. Once inside, however, the beauty of the building made up for all the inconveniences. 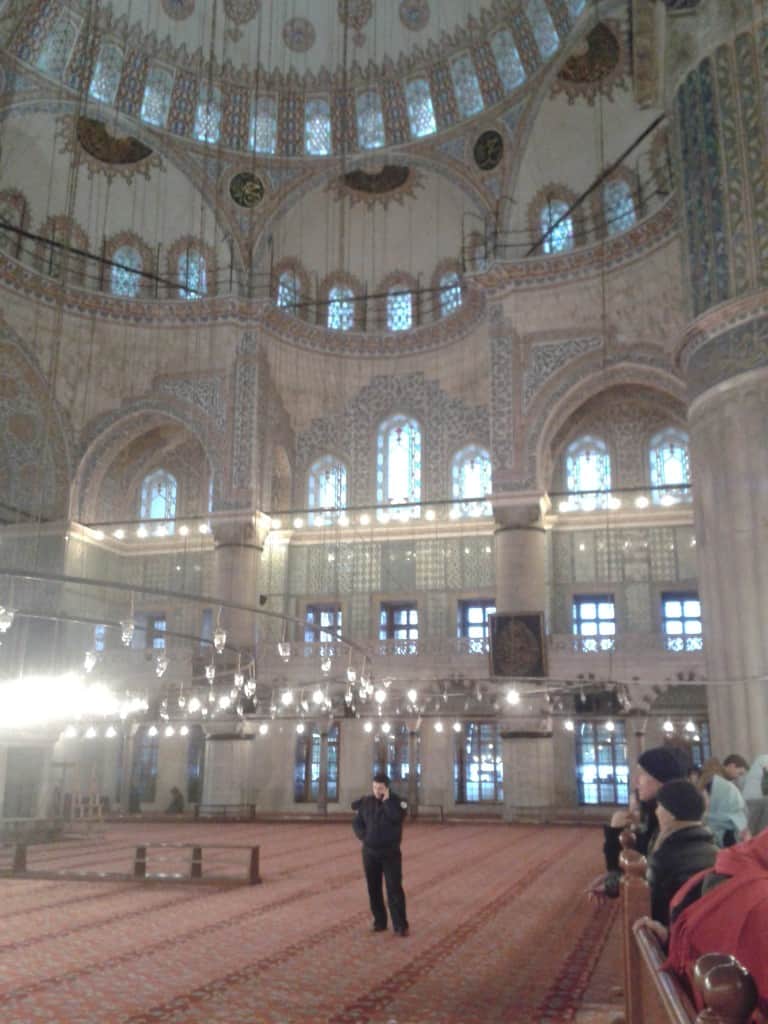 Inside the Blue Mosque

The weather did not manage to stop us completely from doing any outside activities. We took a ferry over to the Asian side of town, did a trip to the Princes’ Islands, and a cruise down the Bosphorus.

On the Bosphorus tour, the last stop is the little town Anadolu Kavagi, close to the Black sea. If you climb up a hill you get a beautiful view of the river. Unfortunately, a few minutes before we arrived it had started snowing again, and all we could see was white. Which didn’t stop us from climbing the hill to the viewing point, because if we came all the way we might as well go, right? 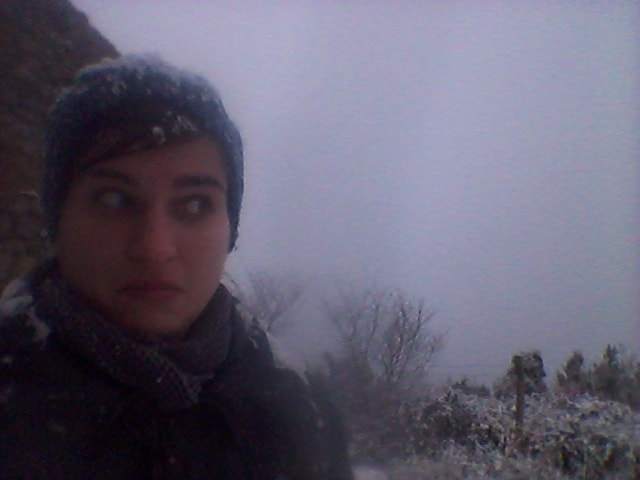 New Year’s Eve on the Bosphorus

Finally it was New Year’s Eve, and I was so excited to spend in Istanbul! This was the one activity that we had preplanned from home. We had booked a Bosphorus cruise to spend midnight on the river between Europe and Asia.

We boarded the boat in the evening and found our seats at the tables. Both dinner and entertainment was provided for the several hours we would be out on the water. But really, I was only waiting for it to be midnight. After some rather touristy dance and folklore shows everyone finally went up on the snow-covered deck to watch the fireworks over the city and welcome the new year! 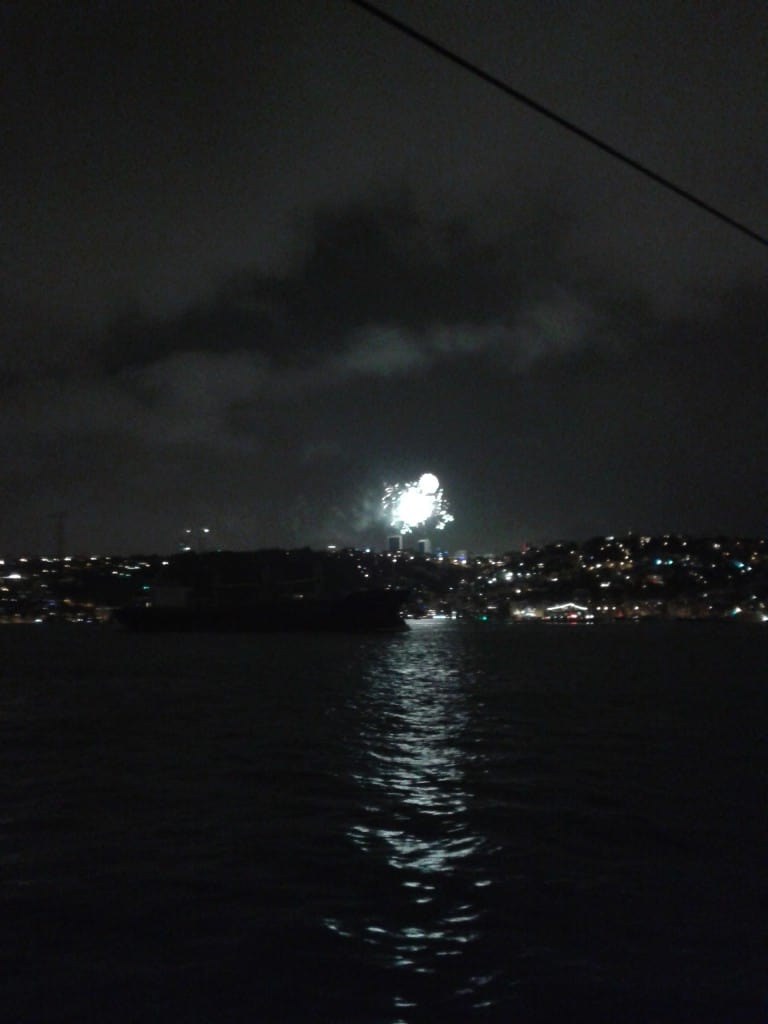 The day after New Year we were scheduled to fly back home, but the snow had one more shot at disrupting our plans. After arriving at the airport we found out that our plane was overbooked. Many flights had been cancelled the previous days due to the snow. Now there was a great number of people waiting to get home that had to be put on the remaining flights. Almost every plane going out of Istanbul was overbooked.

The next available flight to Hamburg wasn’t until the next day. Both my mother and I were supposed to be back at work by then. At least the airline was generous enough to pay a night in a hotel for us, including all meals. So we did the best we could: enjoyed the fancy hotel with its delicious buffet until we got picked up the next morning to get back to the airport. This time, we made it onto the plane and back to Hamburg.

I guess that’s travel for you. Unpredictable, but at least never boring. Still, the next time I come to Istanbul, I’ll make it summer. Winter in this city is just too unpredictable. 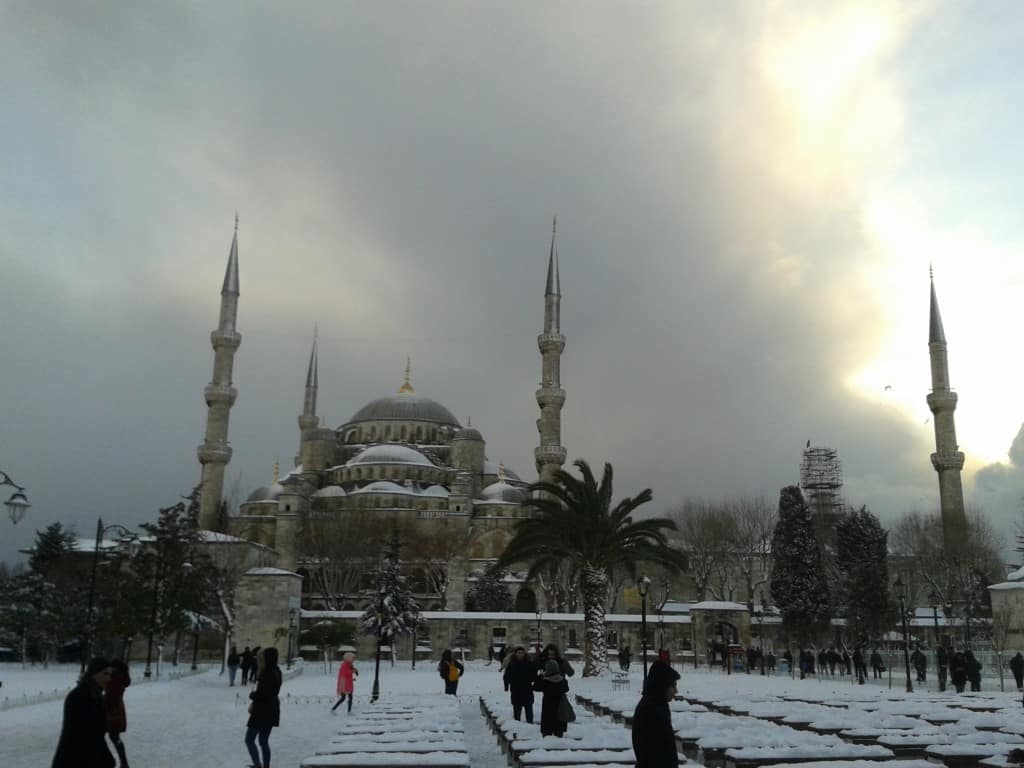 Have you been to Istanbul in winter? What were your experiences? If you haven’t been in winter, would you want to go? Share in the comments! 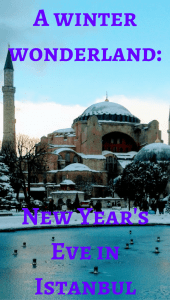