Warning: Parameter 2 to wp_hide_post_Public::query_posts_join() expected to be a reference, value given in /home/customer/www/globalintrovert.com/public_html/wp-includes/class-wp-hook.php on line 292
 4 ways studying abroad in Sydney failed expectations • Global Introvert Skip to content

When I spend a semester abroad in Sydney to study at Macquarie University, I had a lot of ideas about what that time would be like. As usual, however, reality turned out to be completely different. Some expectations might have been unrealistic from the start, some simply didn’t happen the way I thought they would.

While none of these disappointments was in any way bad enough to spoil my stay, I still put together a list of my most misguided expectations in the hope of preventing you from suffering the same disillusionment. 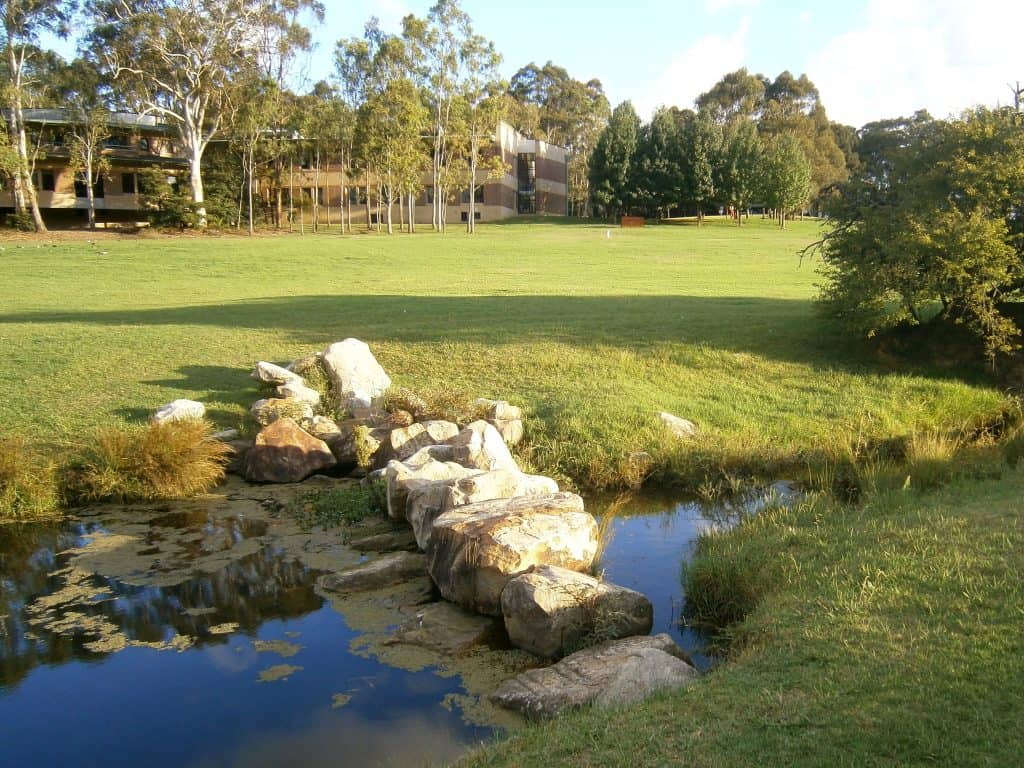 Reality: Not if most of your stay falls into Australian winter

To be honest, I really could have known better with this one. I’ve been to Sydney before, if only for a few days, and I’ve experienced its unpredictable weather. But still, it’s Australia. You just always kind of picture sun and heat, don’t you?

At first it looked very promising. I arrived in February, so it was still summer. I had left Hamburg at 2°C, and arrived in Sydney at 27°C. The driver who picked me up at the airport actually apologized to me for it not being warmer; there had been a temperature drop recently. Well, I thought, if you consider this cold then I have nothing to complain about.

Fast forward a couple of months, and I bundled myself up in jumpers and blankets to not freeze during the night. Australian winter is not comparable to German winter, the nights still became quite cold. Jackets became necessary more often than not, and summer clothing disappeared in my cupboard. 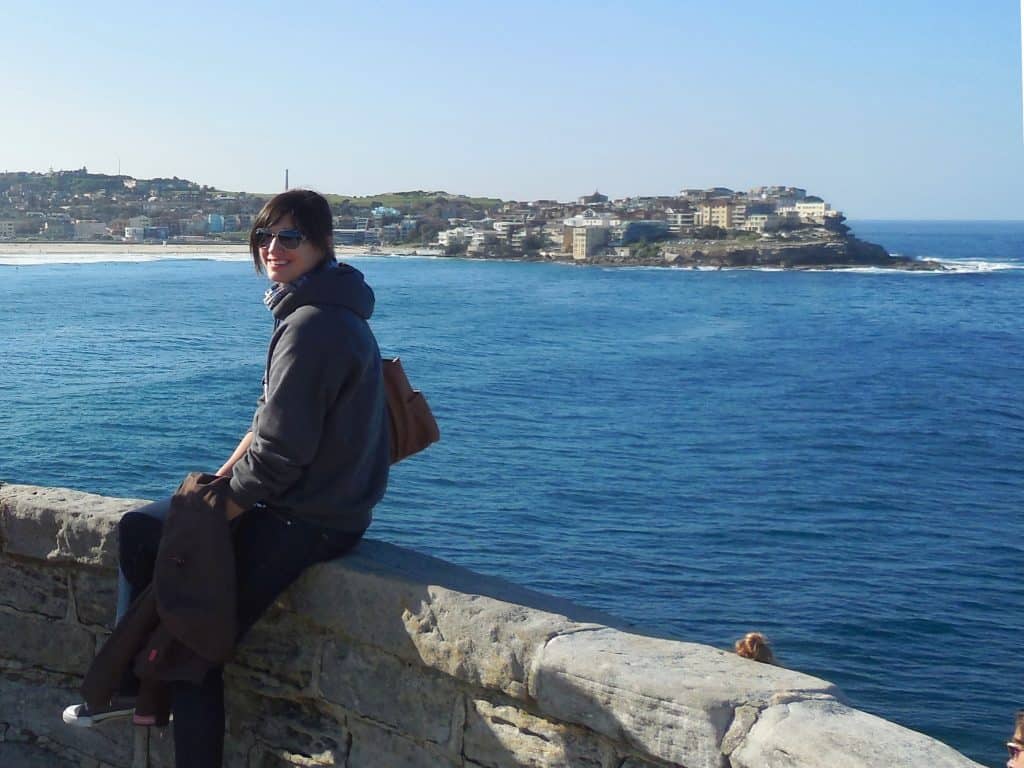 Expectation: I’ll be at the beach all the time

Reality: I can probably count the total times of me spending a day at a Sydney beach on one hand

Yes, Sydney has an abundance of beaches, and most of them are absolutely beautiful. But Macquarie University, where I not only studied but also lived, is in Western Sydney. Read: on the wrong side of the city if you want a beach. Had I owned a car it wouldn’t have been a huge problem, but on public transport the trip to the nearest beach could easily take two hours.

Add to that the afore-mentioned capricious weather, which always seemed to get particularly nasty on weekends, and beach days became a very limited experience. 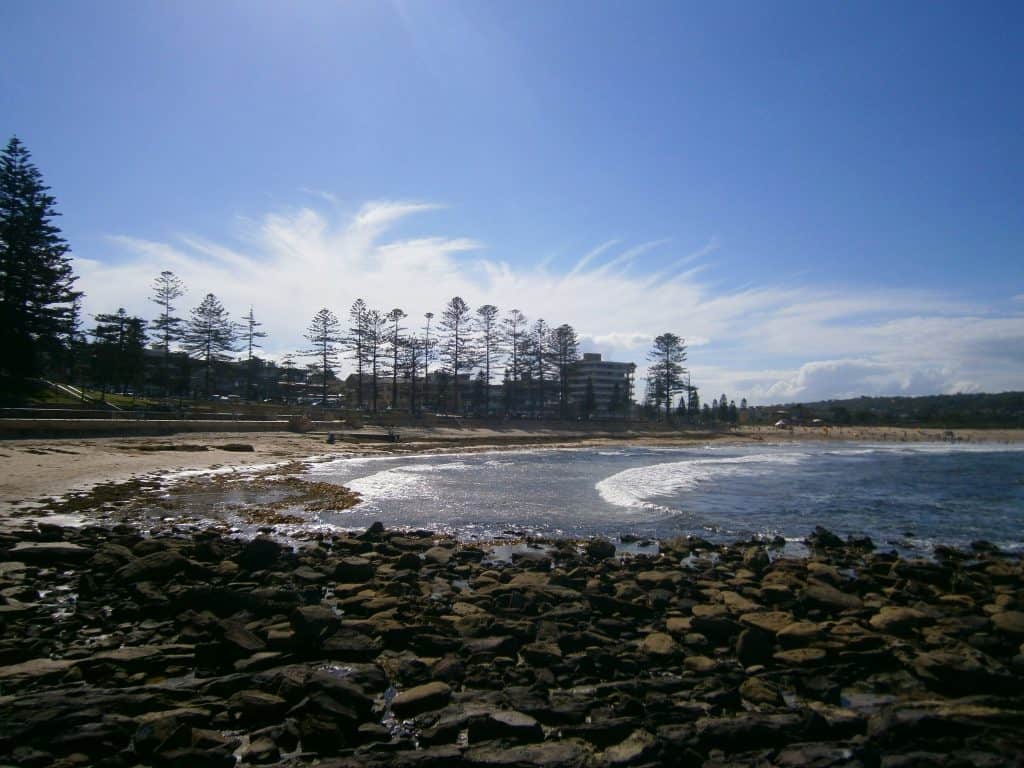 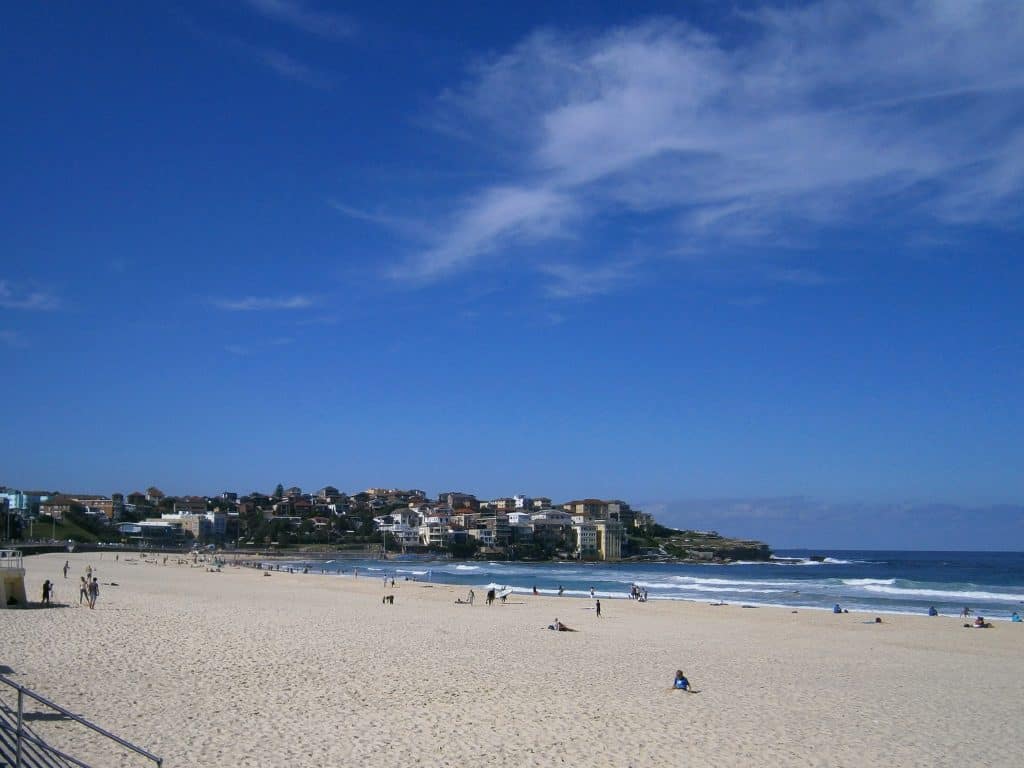 No, I did not expect to run into kangaroos or koalas in the middle of Sydney. But there are plenty of birds to be found in the city, such as cockatoos and kookaburra. The kind of bird you would never encounter in Europe except in a zoo. Also, there are possums and other smaller animals that do live in cities.

I did indeed encounter plenty of birds, and they are beautiful. Unfortunately, as you soon learn when you live next to them, they stop being so attractive once they open their beaks. European birds might be less spectacular looking, but at least they can sing. Cockatoos sound like someone’s murdering a child. I’m not kidding, their screeching is horrible. So yes, you do want to look at these birds, but you surely don’t want to hear them.

Other wildlife I encountered was spiders and cockroaches. Um, no, thanks. 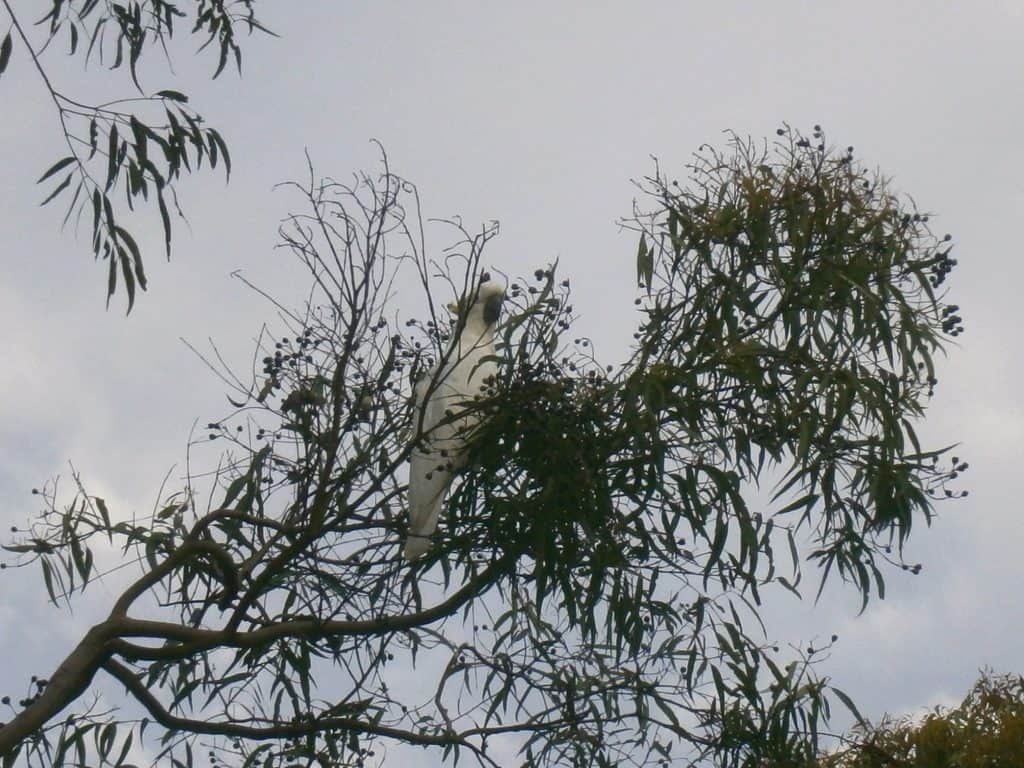 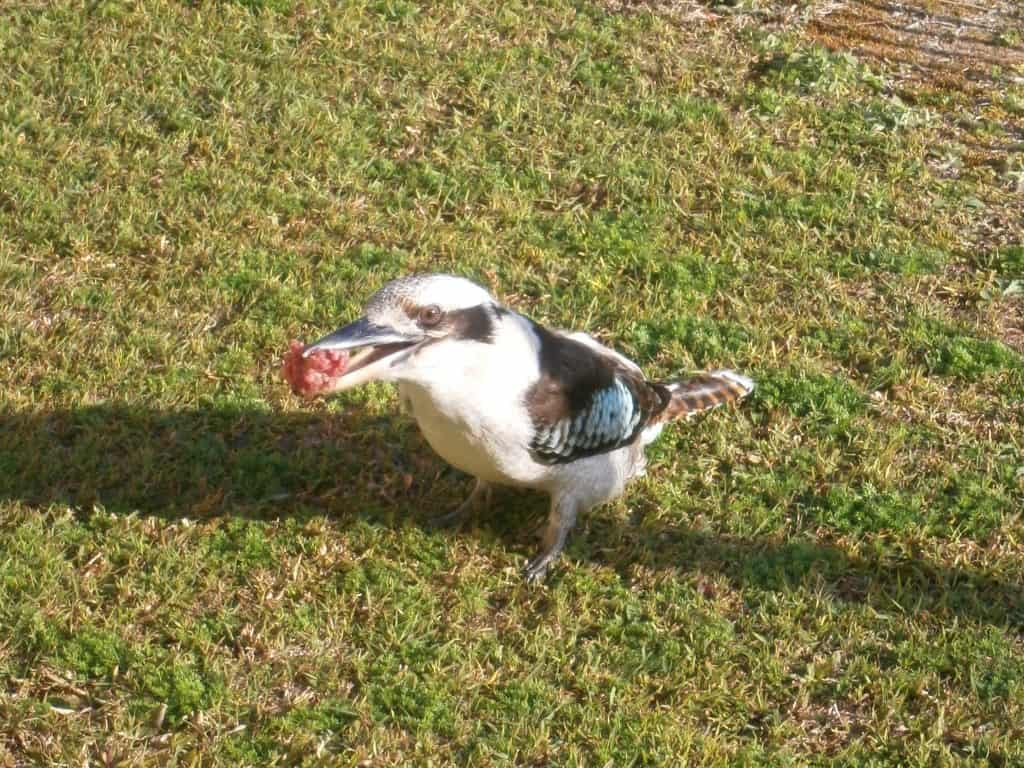 Expectation: I’ll be on trips and excursions every free moment

Reality: Free-time? What free-time? And how would I pay for it anyway?

There’s two problems with this expectation. One: you’re studying abroad in one of the most beautiful cities, but you still need to get your uni work done. And exam time is no less stressful down under than it is at home. I’m sure there may be some people who say screw the work, I’ll go and enjoy myself, but I’m too scrupulous for that. So any activity had to be balanced with uni work.

Two, Australia is expensive, and Sydney even more so. In fact it’s one of the most expensive cities in the world. If you’re a foreign student without considerable income, you have to be very careful what you want to spend your money on. Good thing I’m not much of a party-person, because that way I didn’t get to spend much on alcohol. But even so I couldn’t do all of the excursions I would have liked to do, and had to choose very carefully what was worth it and what wasn’t. 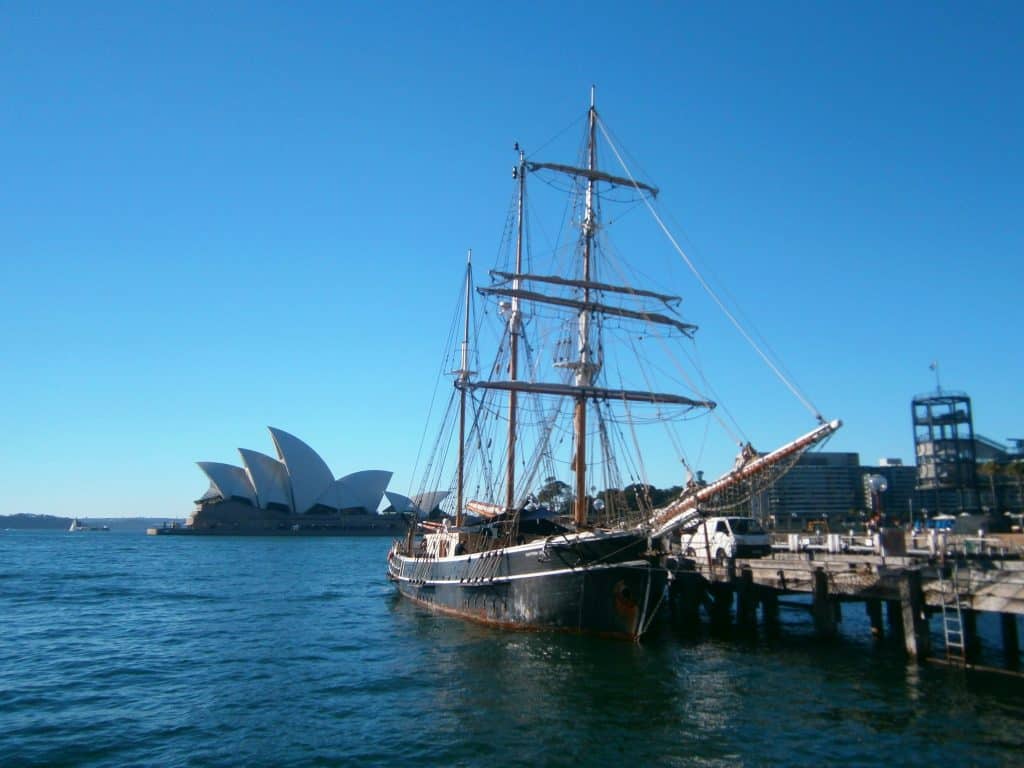 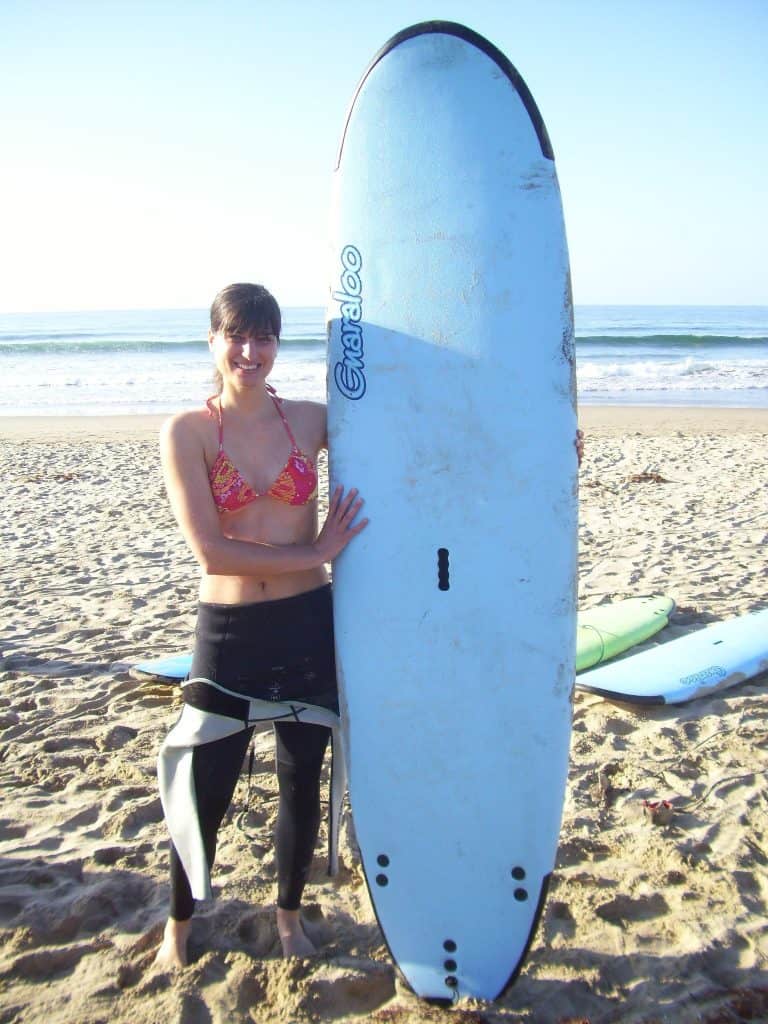 Not everything worked out the way I pictured it, and naturally there were some disappointments involved. Despite that I still regard my time in Sydney as one of the best in my life. Studying abroad is without a doubt worth it. Only try to not let your expectations run too wild.

Have you studied abroad? What were the experiences that turned out differently than expected? Or maybe you’re planning to go abroad and have a lot of ideas what it’s going to be like? Share in the comments! 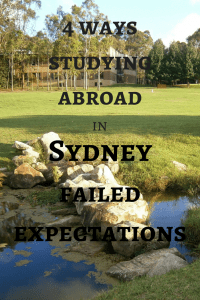